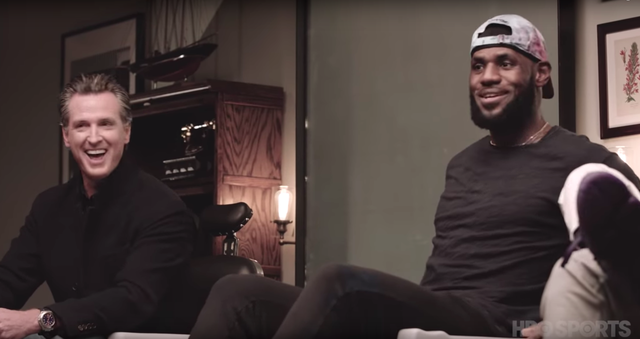 Gov. Gavin Newsom signed a bill that allows college athletes to collect endorsement money, defying the NCAA and striking the biggest blow to the the amateurism model of college sports in generations. "Colleges reap billions from student athletes but block them from earning a single dollar," Newsom said. "That's a bankrupt model." The NCAA, which has called the move unconstitutional, said it was pondering its next move. NPR | ESPN

Columnist Bill Plaschke on the "cartel" known as the NCAA: "Thanks to some thoughtful and tough California lawmakers, maybe the bullying will stop, not just in California, but everywhere." L.A. Times

California's Democrats and Republicans don't seem to agree on much — except vaccines. A poll found broad agreement on the need for a new state law that adds oversight of medical exemptions for schoolchildren. The levels of support: 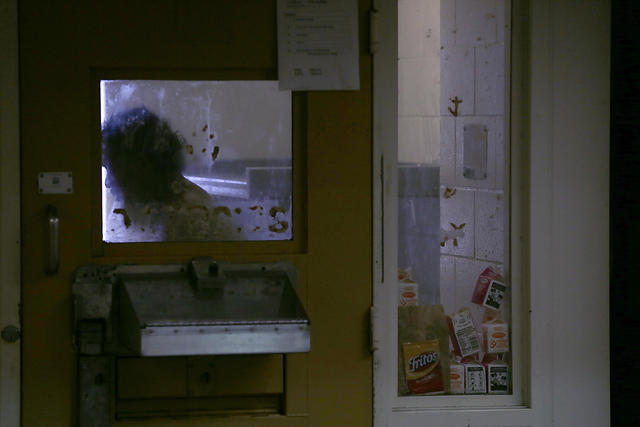 An inmate is held in a high observation area at the Twin Towers Correctional Facility in Los Angeles.

California has been called out for years over its prison-suicide problem — by leading politicians, inmate advocates, and even the U.S. Supreme Court. Yet the rate of suicides last year — 26.3 deaths per 100,000 people — was the highest since at least 2006, and well above the national average. Jail practices, such as placing suicidal inmates in isolation cells with no clothes, actually deter inmates from seeking help, advocates said. S.F. Chronicle 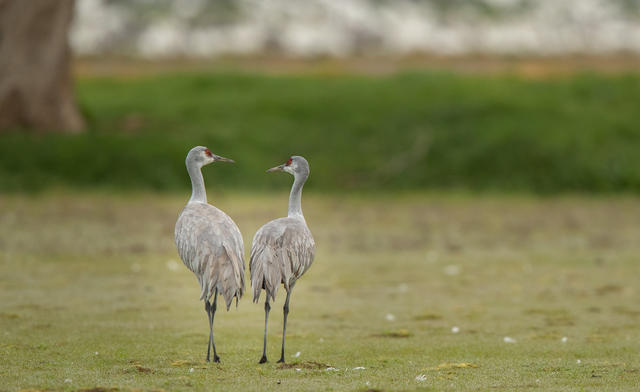 Every fall, the Central Valley becomes the stage for one of California's great nature shows: the gathering of the sandhill cranes. The birds stand up to 4 feet tall, with a wingspan as broad as 7 feet, a red-crowned head, and a raucous bugling call that can be heard for miles. Most thrilling for birdwatchers, though, are the dances. Sandhill cranes form pair bonds for life and perform passionate courtship displays, with leaping, strutting, flapping, and otherwise cavorting around. Audobon

The California Department of Fish and Wildlife offers sandhill crane tours at a preserve in Lodi. Wildlife.ca.gov 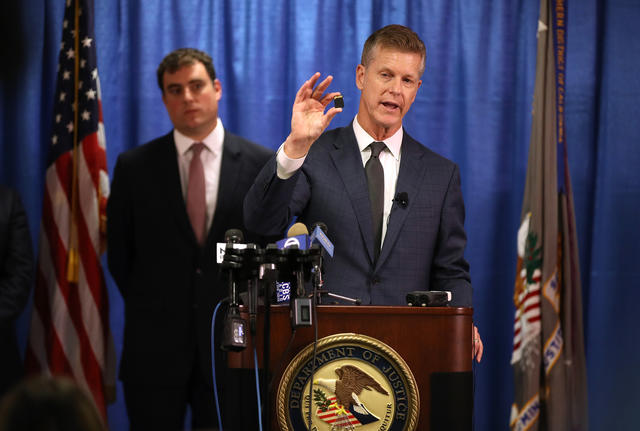 Dead drops, a double agent, and bundles of cash.

A tour guide for Chinese visitors in the Bay Area was secretly working for Chinese intelligence, U.S. authorities said on Monday. Xuehua Peng, a naturalized U.S. citizen living in Hayward, thought he was smuggling classified American secrets using digital memory cards, but got the material from a double agent working for the F.B.I., officials said. Washington Post | A.P.

Mark-Steven Holys, an Oakland sommelier, has waited on George Shultz, Joe Montana, and Steve Jobs. Today, he lives in an Oakland homeless encampment, where the rats, he says, are as big as footballs. Here's the story of one man's unraveling in a city where homelessness has swelled 47 percent over the last two years alone. N.Y. Times 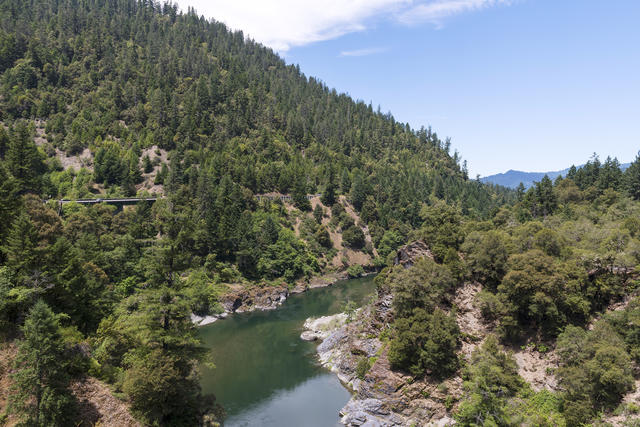 The Trinity River snakes through the southern Klamath Mountains.

Native Americans are leading the largest environmental restoration program ever implemented on the Trinity River. The river in northwest California once hosted prolific runs of Chinook salmon and steelhead that supported tribes for thousands of years before being crippled by damming and mining. Lost Coast Outpost said the effort to undo the damage has had remarkable results: "Little by little, this restoration work is making the Trinity look more like it did centuries ago." Lost Coast Outpost

The Yurok Tribe declared rights of personhood for the Klamath River. It's part of a growing environmental movement to recognize natural features not as resources, but as rights-holders. High Country News 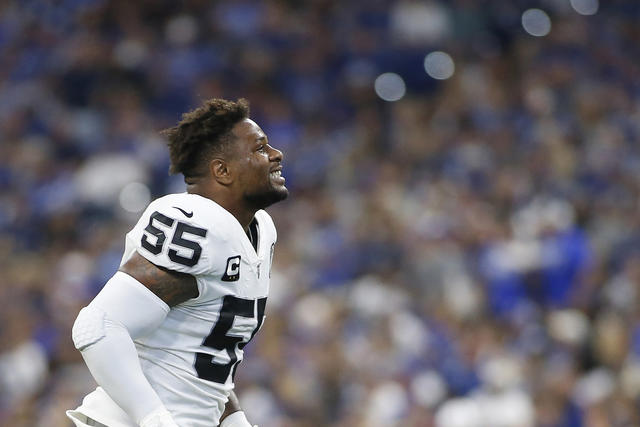 Vontaze Burfict was ejected from a game against the Colts in Indianapolis on Sunday.

An Oakland Raiders linebacker received the longest punishment ever handed down for on-field actions in NFL history. Vontaze Burfict was suspended without pay for the remainder the NFL season after he lowered his head to make a helmet-to-helmet hit on Colts tight end Jack Doyle. The league said the punishment was prompted by Burfict's "repeated violations of unnecessary roughness rules." NFL.com

Demographic changes and an unpopular president turned Orange County blue. But it's far from clear whether it will stay that way. Voters who left the Republican Party in the last cycle overwhelmingly became independents. "In short," wrote Politico Magazine, "they were up for grabs in 2018 and they're still up for grabs a year later." Politico Magazine 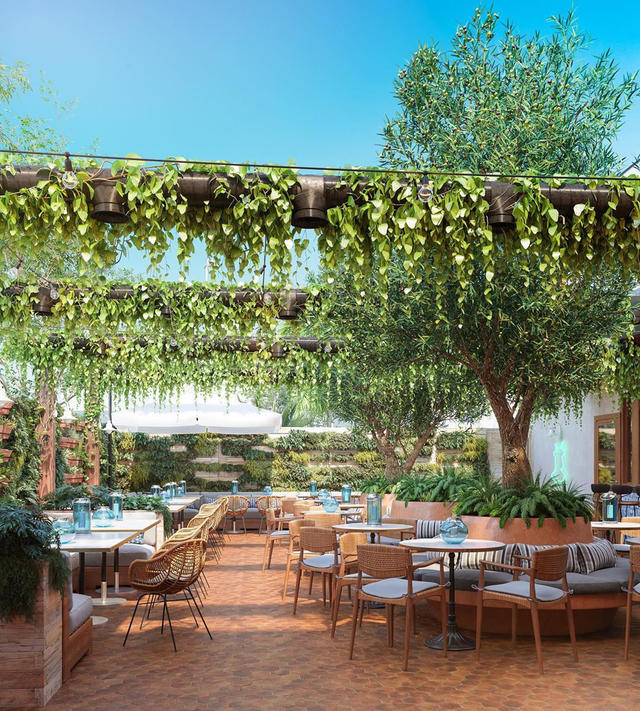 The entrepreneurs behind Lowell Cafe envision a future where cannabis restaurants are as normal as wine bars.

Los Angeles County Supervisor Kathryn Barger travels aboard firefighting helicopters to bypass traffic in her district, records showed. The cost: as much as $9,500 an hour. A reporter calculated that flights by Barger and other supervisors over the last five years likely cost more than $195,000. Pasadena Star-News 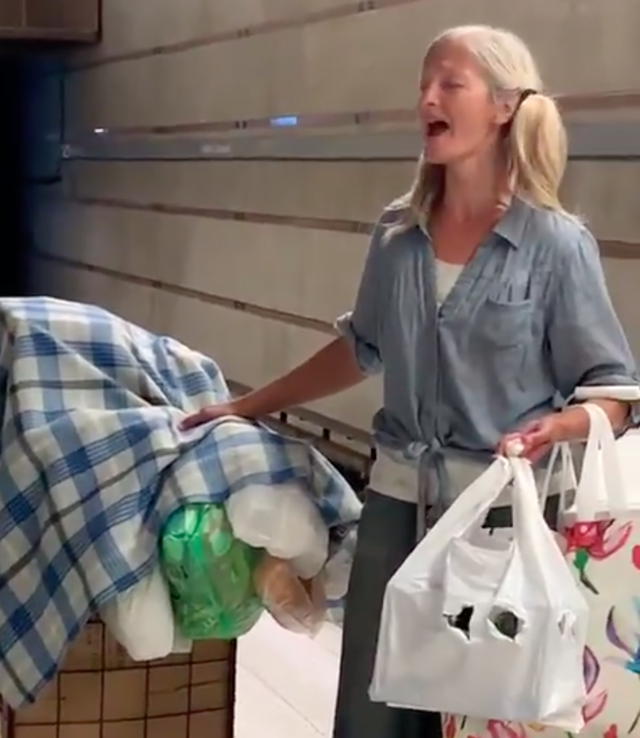 Emily Zamourka was filmed singing in a Koreatown Metro station.

Last week, the LAPD posted a video of a homeless woman beautifully singing Puccini in a Los Angeles subway station. It was viewed more than half a million times on Twitter. Now the mysterious woman has been identified: She's Emily Zamourka, who grew up in Russia and dreamed of becoming a singer. She said her life was derailed two years ago when her violin, valued at $10,000, was stolen. "That's when I became homeless," she said. ABC7 | NBC4 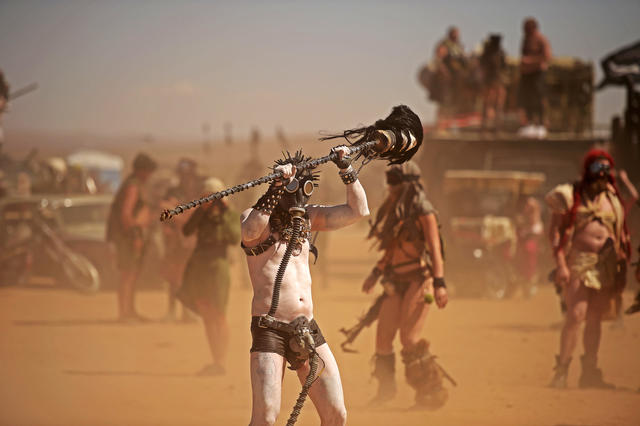 Costumes are mandatory at the Wasteland Weekend festival.

About 4,000 people gathered on the edge of the Mojave Desert last weekend to live out their post-apocalyptic "Mad Max" fantasies. At the Wasteland Weekend festival, there were fire performers, a fully functional Thunderdome, and a gloriously weird swimsuit competition. "People get to escape reality for a time," a reveler told the Guardian, "and that's when the best in true human nature emerges." An Agence France-Presse photographer got some fantastic shots. Daily Mail