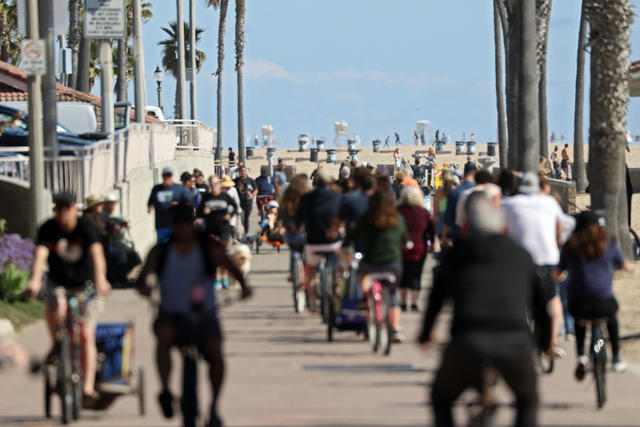 Some Californians didn't get the message.

Defying a statewide order to stay home, people crowded onto beaches in San Diego, played outdoor basketball in Venice Beach, and packed into parks across the Bay Area. Frustrated, Gov. Gavin Newsom scolded "young people" in particular. "Grow up," he said in remarks Saturday evening. "It's time to wake up."

A helicopter camera captured the "I am Legend"-like emptiness of Los Angeles's streets on Day 1 of the stay-home order. Micah Muzio/YouTube

City dwellers have been fleeing to rentals in California's deserts and mountains. The transplants say they are worried not only about the virus but also possible civil unrest. Joshua Tree, for example, has been inundated. "Every call I get is related to the coronavirus," one realtor said. L.A. Times

The belief that rural areas are safe from the virus is misplaced. That's because remote hospitals, hours from the nearest major city, often have fewer than 25 beds. "Try to imagine 100 people getting sick all at once tomorrow," said a doctor in Mono County. "If that happens, our small hospital, our small community, will be completely overwhelmed and people will die." Sacramento Bee

America's hospitals are expected to be understaffed as the coronavirus spreads, but the situation is poised to be even more dire in California. Clinical rotations have been halted for many of the state's nursing students, meaning as many 14,000 could be kept from graduation. "We see all the posts about staffing shortages, and I'm sitting at home thinking I could be helping," one said. N.Y. Times 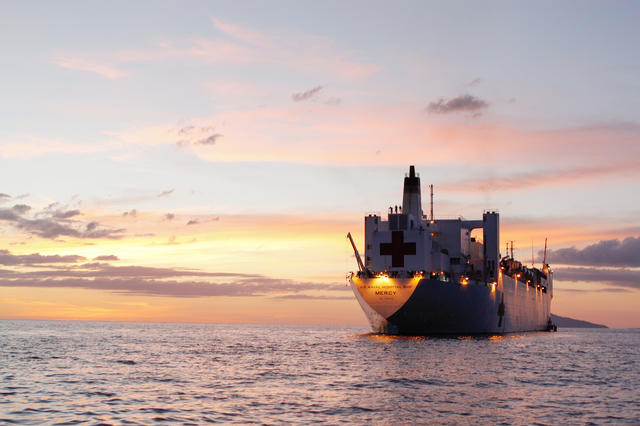 The naval hospital ship Mercy is being sent to the Port of Los Angeles.

At Newsom's request, President Trump declared a "major disaster" in California. That makes the state eligible for emergency aid, including food assistance and financial help for people who have lost work. Additional help will also come in the form of the U.S. Naval ship Mercy, a 1,000-bed hospital ship being dispatched to the Port of Los Angeles. Long Beach Post | S.F. Chronicle

It took the founders of Boba Guys nine years to grow from a single pop-up in San Francisco to a bubble tea empire with locations in seven cities. It took 15 days for it to fall apart as they laid off 400 employees and shuttered all 17 of their locations. "I've never cried so much," one owner said. SFGate.com

UC Berkeley professor of public policy: "I think this is going to be larger than the Great Recession." CalMatters

Calpers, California's massive public pension fund, has shrunk by $69 billion in the last month — dropping from $404 billion to $335 billion — as the coronavirus pandemic roiled global markets. Absent a market swing in the other direction, the losses are expected to hurt governments, schools, taxpayers, and public workers. Sacramento Bee 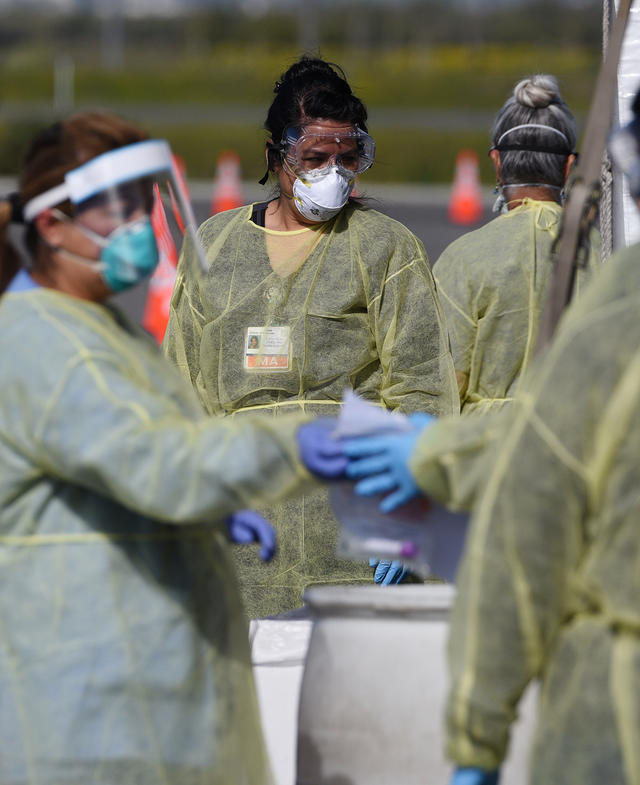 Coronavirus tests were administered at a drive-thru site in Lake Elsinore on Sunday.

First cases Siskiyou and Butte counties, first deaths in San Diego and Ventura counties, a sharp increase of patients in Orange County, and numerous cases inside the state prison system. Here are the latest coronavirus totals, according to the S.F. Chronicle and N.Y. Times:

Sports columnist Bill Plaschke reached out to a voice of comfort in unsettling times, Vin Scully. 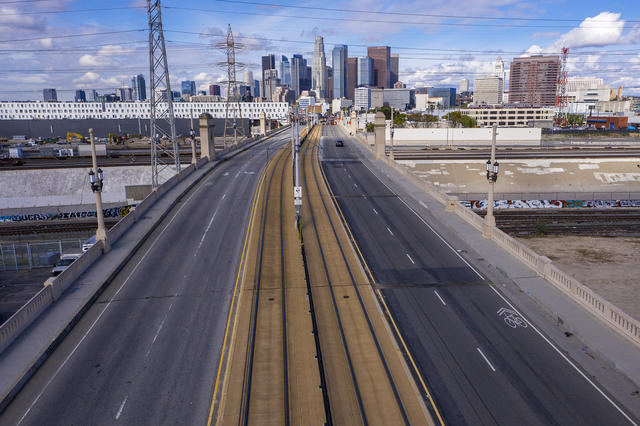 Turns out California's strict air pollution laws are good for farmers. Analyzing data from between 1980 to 2015, UC Irvine researchers found that reduction in pollution resulted in an annual increase in crop production of $600 million. "The irony is that by fighting against certain environmental regulations, these folks may be damaging their own earning capacity," a study author said. Futurity | The Verge 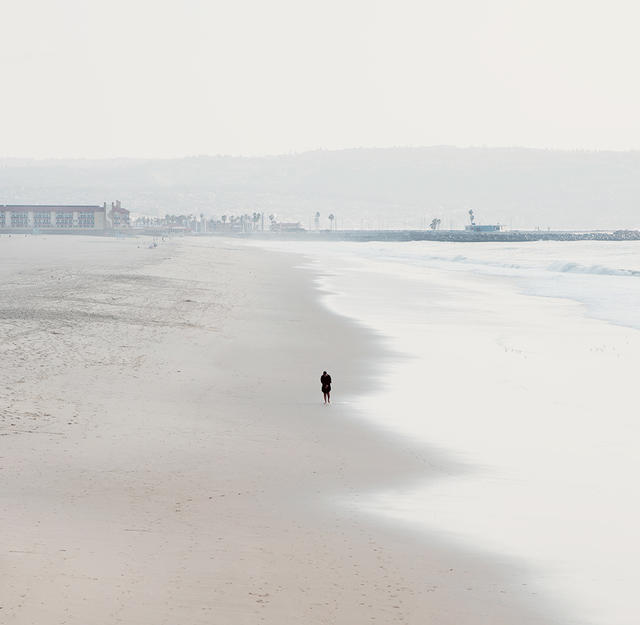 The photographer David Behar has made a study of the quiet side of Southern California's most popular beaches. In contrast to the more typical imagery of shorelines crowded with beachgoers, the subjects in his pictures are solitary, seemingly immersed in the beauty around them. Behar shared a handful of his images with the Sun. View them, if you will, as a guide to behaving correctly outdoors in a time of social distancing. 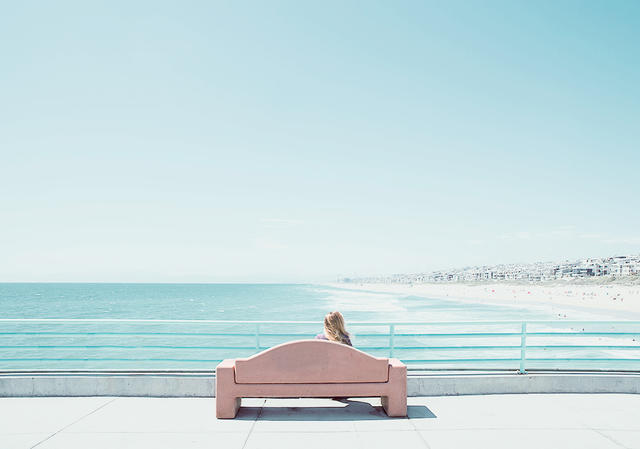 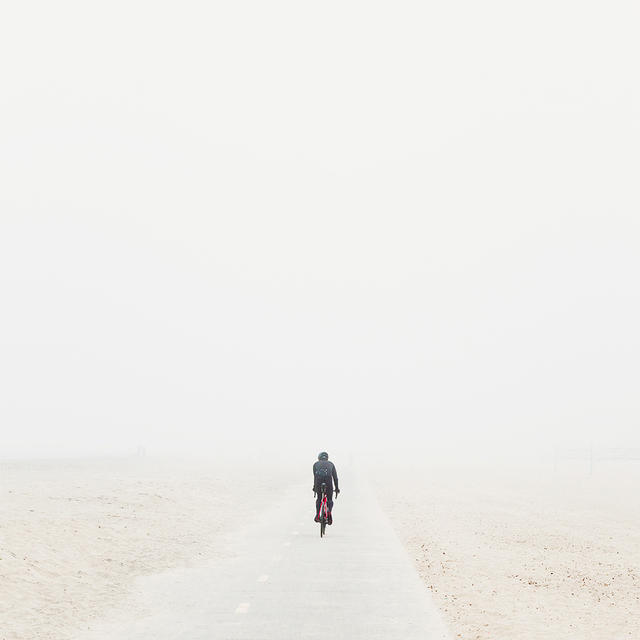 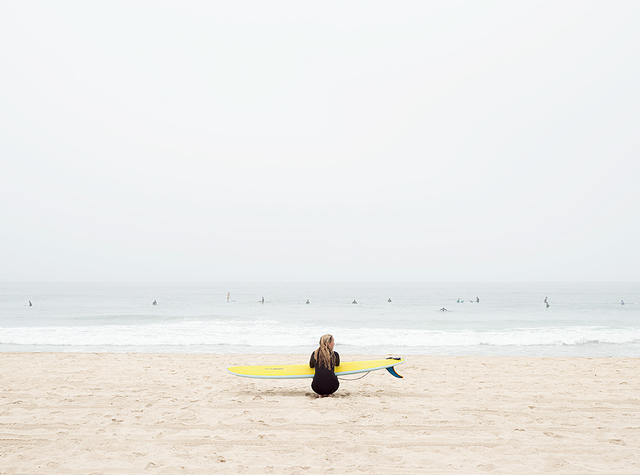 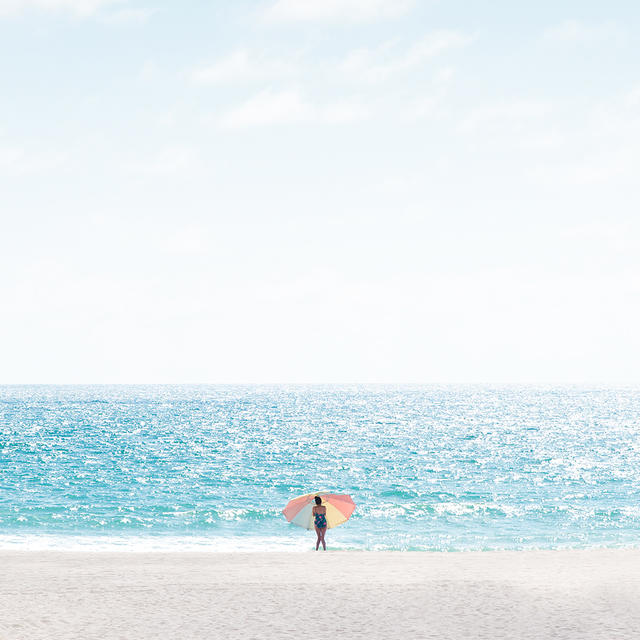