Good morning. It's Wednesday, May 19. 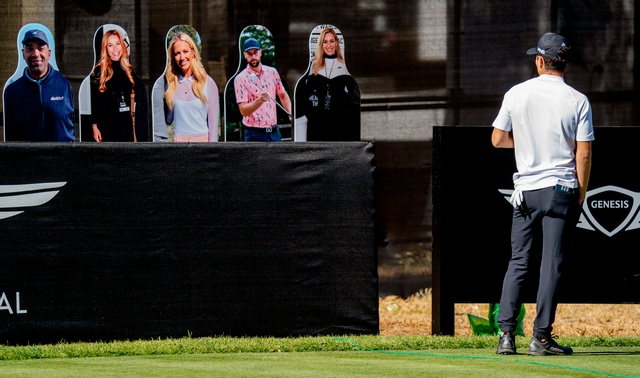 Cardboard fans hovered near Joaquin Niemann during a golf tournament in Pacific Palisades on Feb. 19.

A poll found that 63% of Californians favor allowing places such as casinos and sporting venues to require so-called "vaccine passports." The views were divided sharply along party lines: 82% of Democrats approved, compared with 31% of Republicans. L.A. Times | Sacramento Bee

Local proposals for vaccine passports have sparked fierce resistance. During board meetings on Tuesday, supervisors in San Luis Obispo and Ventura counties were forced to issue promises that they wouldn't adopt the passports as speakers expressed fears of being blocked from businesses or even buying food. The Tribune | Ventura County Star

Rep. Kevin McCarthy, the top House Republican, declared his opposition on Tuesday to the creation of a bipartisan commission to investigate the Jan. 6 Capitol attack, even as dozens of other Republicans indicated that they were open to the bill. McCarthy, of Bakersfield, said he couldn't support the measure because it would not examine unrelated “political violence” associated with the left. Politico | N.Y. Times 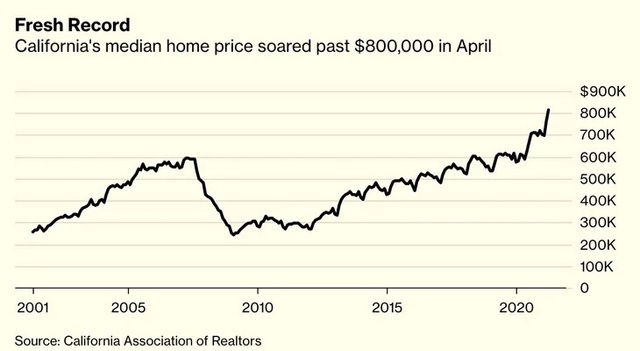 For the first time ever, home prices shot past $800,000 in April, up 34% from a year earlier. Among the factors driving the market: tight inventory, low mortgage rates, and the enduring desirability of living in California — despite overblown fears of an exodus. Bloomberg | S.F. Chronicle 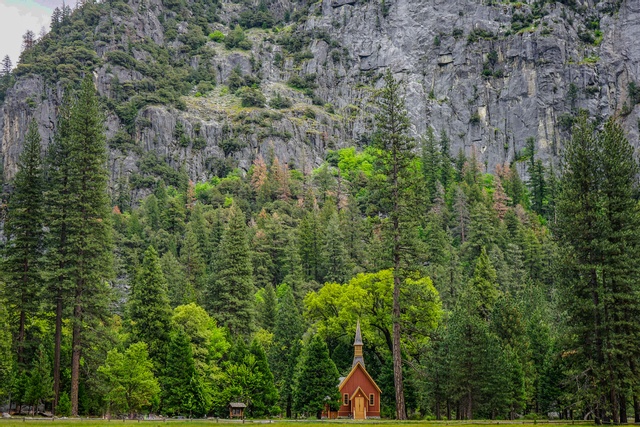 The tiny chapel in Yosemite Valley is the park's oldest public use structure. Built in 1879, the New England-style church provided a place of fellowship for people who saw the valley's soaring beauty as ultimate evidence of the divine. Galen Clark, the first ''Guardian of Yosemite,'' expressed misgivings about plans for the structure, likening it to a toy church within the walls of St. Peter's Basilica. Still, he ultimately welcomed it for at least one benefit. "It will clearly show the contrast between the frail and puny works of man, as compared with the mighty grandeur and magnificence of the works of God," he wrote.

“We are all over-the-moon excited.”

Nearly a year after abruptly announcing the elimination of nearly one-third of its varsity athletic programs, Stanford University said Tuesday that it would not cut the 11 programs after all. The about-face followed a intense pressure campaign from alumni, students, and coaches. Stanford attributed the change to an improved financial picture. S.F. Chronicle | Mercury News 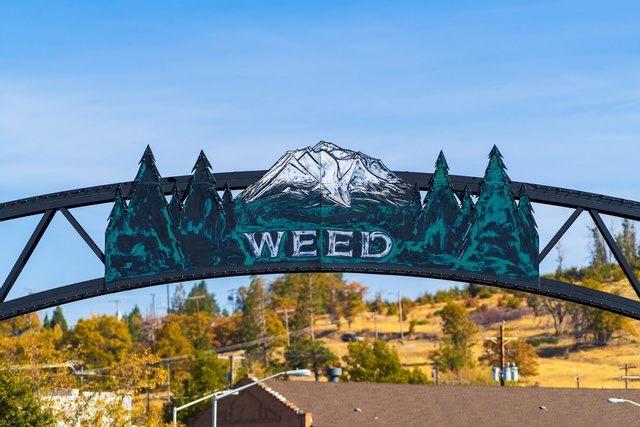 Weed is cashing in on its name association with cannabis.

Weed, a tiny community in Siskiyou County named after the lumber baron Abner Weed, was once ambivalent about its association with cannabis. But no more. The city has approved a facility with a capacity to grow 150,000 cannabis plants and trademarked a logo for its packaging, “Made in Weed,” an appellation akin to Champagne. “I’ve got to be candid with you,” a retired schoolteacher said. “I would have liked something like a sunflower festival or a lemon pie festival. But we haven’t stumbled upon an alternative at this point.” N.Y. Times

The notoriously stinky corpse flower is extremely rare, often blooming once a decade for just a few days. So when a plant belonging to a local gardener bloomed recently, he hauled it out to an abandoned gas station in Alameda to give people a look. The crowd got so big that a line stretched around the block. By early evening, an estimated 1,200 people had given it a sniff. SFGate.com | S.F. Chronicle

Drone flight is illegal in much of San Francisco. So a local videographer, Karen Cheng, decided to have some fun with workaround approaches. Her "low budget drone" video has been a major hit on social media. Petapixel 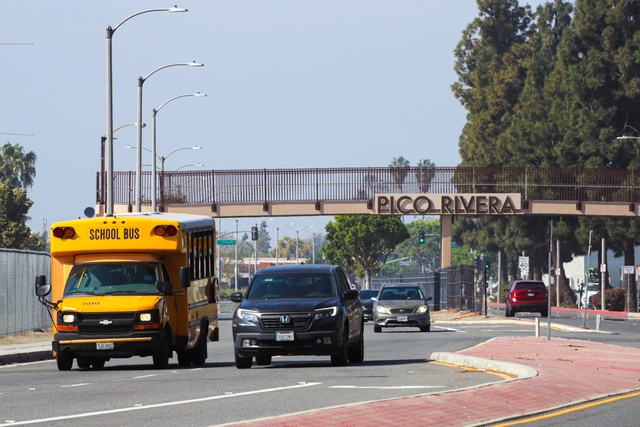 A school bus drove through Pico Rivera on Wednesday.

Teachers lost husbands. Two district staff members died. At the middle school alone, at least 10 students lost immediate family members. As California emerges from the worst of the pandemic, a school district at the eastern edge of Los Angeles chose to stay closed through the end of the school year — not just because of infection risks, but because the sorrow of death remains too raw. L.A. Times

In recent years, California officials have embraced backyard granny flats as a remedy to the state's severe housing shortage. But some homeowners are pushing back. Hundreds of San Diego County residents are demanding a moratorium on a city policy that encourages construction of the so-called accessory dwelling units, or ADUs. The new housing, they say, will destroy neighborhood character and exacerbate parking. S.D. Union-Tribune

An L.A. Times investigation that debunked a former Frito-Lay janitor's claim to have invented Flamin’ Hot Cheetos sparked a backlash from people who said it aimed to tear down a successful Mexican. Gustavo Arellano on why people are angry: "There are too few Mexican Americans recognized for inventing things beloved by almost everyone. ... And now you have a white reporter named Sam Dean telling us that a Mexican had fibbed about creating a product popular with so many?" L.A. Times

☝️ Here's a secretary bird giving in to its snake-killing instincts at the San Diego Zoo Safari Park. The tallest raptor, it specializes in stomping prey to death with its unusually long legs. It then swallows the victim whole. The zoo is one of only two in North America to have raised secretary birds. It's now home to more than a dozen. SanDiegoZoo.org

A video clip of the attack. 👉 @sdzsafaripark