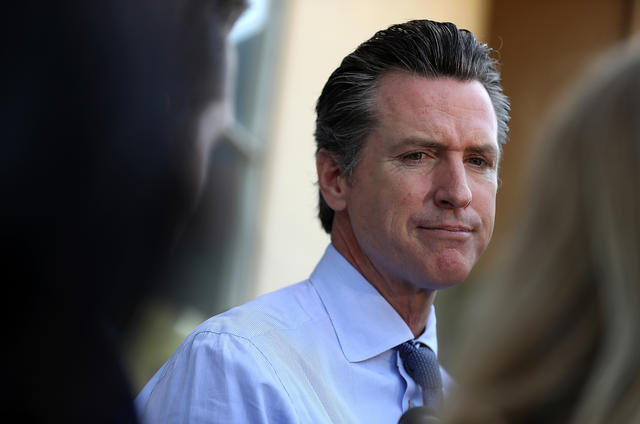 Gov. Gavin Newsom has now hit 100 days in office. He entered with big-ticket proposals on single-payer health care, a "Marshall Plan" for housing, and universal preschool. But his tenure so far has been defined by its opposition to the Trump administration. Newsom, the S.F. Chronicle wrote, is playing to a bigger audience. S.F. Chronicle | USA Today

Here's a handy tracker on how Newsom is progressing on his to-do list. CALmatters

Some revelations from the first-quarter campaign finance reports made public on Monday: 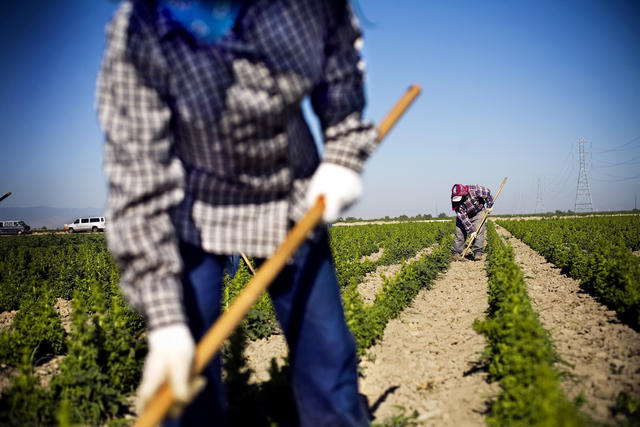 San Joaquin Valley leaders are speaking out against the Trump administration's resumption of so-called "no-match" letters, which the Social Security Administration sends to companies when discrepancies exist between employee tax forms and its database. A farming group said around 22,000 valley workers have been flagged in recent weeks. Many employers may simply fire the workers rather than risk violations.

California is the most innovative economy in America. That's according to a new Bloomberg analysis based on six metrics, among them productivity, patent activity, and STEM jobs. The report cited the Golden State's concentration of S&P 500 companies and its ready pipeline of talent from institutions like Stanford, Caltech, and U.C. Berkeley. 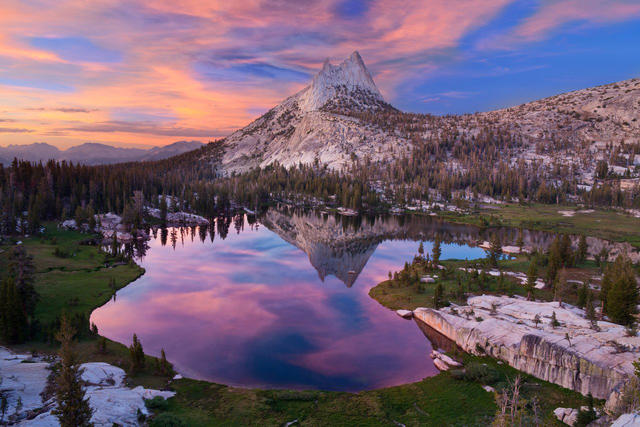 A view of Cathedral Lakes on the John Muir Trail.

Sean Goebel/U.S. Department of the Interior

Winding 211 miles along high granite wilderness, stark blue lakes, and glacier-carved basins, the John Muir Trail has been called the No. 1 trail every hiker should do. Another bonus: It's blessed with the mildest, sunniest climate of any major mountain range in the world. Outside magazine included the John Muir Trail in a roundup of the greatest trails in every state. Outdoor Project has 15 photos of its most breathtaking views. 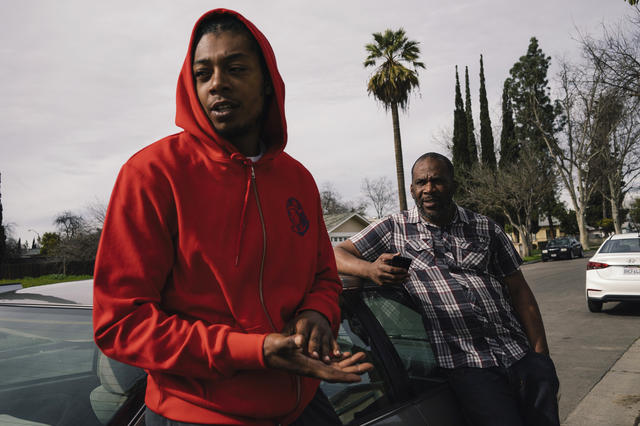 Wesley Flowers and Aaron Foster are working to give people in their neighborhood access to the cannabis market.

Fresno's West Side suffered the brunt of violence and incarceration during California's prohibition of cannabis. That's why so-called social equity groups think the area should be first in line for marijuana retail licenses. "We're the ones who get sent to prison, and the most unfair thing would be if now the corporations are allowed to come in and make millions selling what sent us to prison," said a man who lost two children to drug trade violence.

Amid chants of "Dixie must go," school leaders in Marin County voted to change the name of the 150-year-old Dixie School District over concerns that it evoked the Confederacy and slavery. Opponents of the change in San Rafael, an overwhelmingly white city of 59,000 people, said the name originated with a Miwok Indian woman named Mary Dixie. 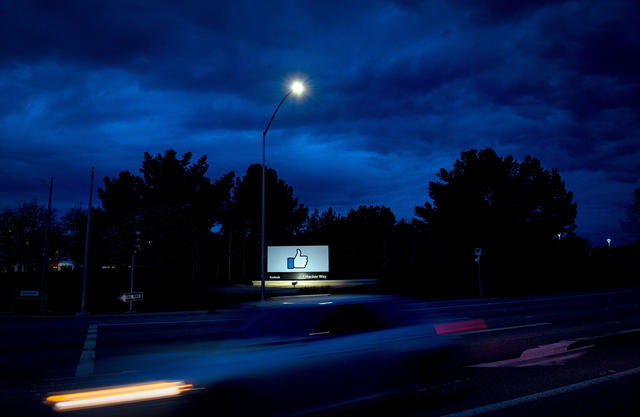 "Scandals. Backstabbing. Resignations. Record profits." WIRED reporters interviewed dozens of current and former Facebook employees for a story on Mark Zuckerberg's effort to fix the social media juggernaut. It's packed with jaw-droppers. For example, after publishers suffered from algorithm changes by Facebook, the company debated whether to give high-quality outlets a boost. But some cautioned that doing so would appear to support liberals, which could lead to trouble in Washington. So Facebook dropped the idea.

The Cow Palace has hosted one of the West Coast's biggest gun shows for more than 30 years. Now the tradition is drawing to an end after directors of the state-owned Bay Area arena voted to end the gun shows in the face of community opposition. "I think we're part of a movement," an activist said. "We're going to end gun shows everywhere on state property in California." 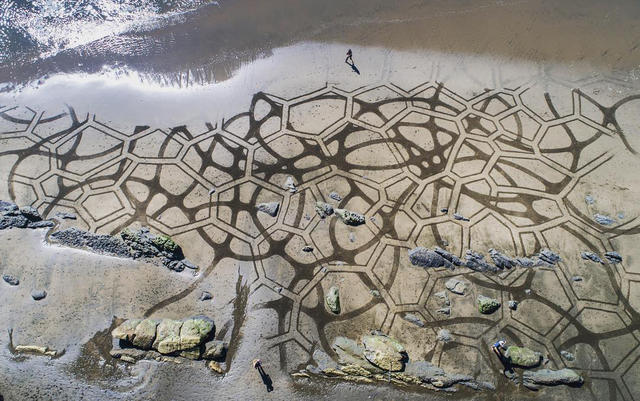 One of Andres Amador's impermanent designs.

Andres Amador, a San Francisco artist, uses rakes to create sprawling designs on California beaches, only to have them swept away by the tide. For Amador, that's sort of the point. "I am fully bought into the idea that there's a much bigger thing occurring and the art plays a much bigger role than humanity, or at least our society, gives it credit for," he said. 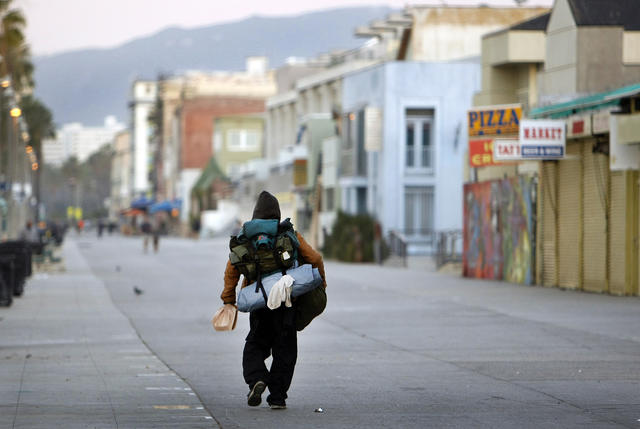 A homeless man walked along the Venice Beach Boardwalk.

A group of Venice residents has raised $200,000 to fight a proposed homeless shelter in the seaside neighborhood. The shelter is part of an initiative introduced last year to build at least one shelter in each of 15 council districts across Los Angeles — home to more than 50,000 homeless people. Among the tools being used to block the Venice shelter: environmental law. 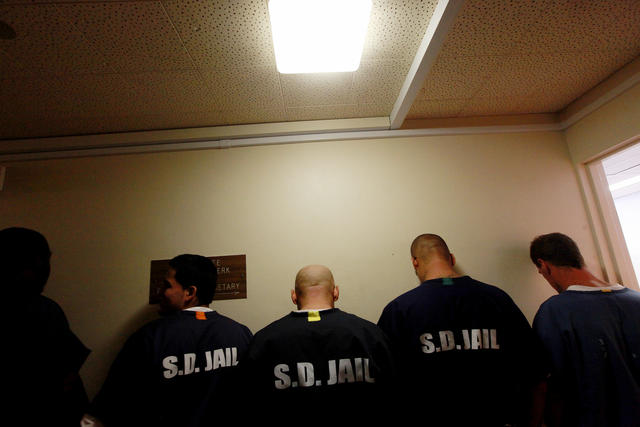 Inmates lined up for a search at the San Diego County Jail.

A troubling article on a surge of deaths at San Diego county jails began with this story: Maria Palacios Escalera got a call that her son, Ivan Ortiz, an inmate, had tried to kill himself. He was still alive at a hospital. She rushed there only to be told she needed a permit from the Central jail. She hurried there, frantic, and waited 40 minutes before a man emerged and told her Ivan had died.

An extraordinary labor dispute is shaking up Hollywood. Here's the gist: Unions representing TV and film writers are accusing their talent agents of enriching themselves at their clients' expense. The writers have demanded the agents sign a new code of conduct, but the great majority of them refused. This week, the Writers Guild of America said thousands of agents had already been fired. 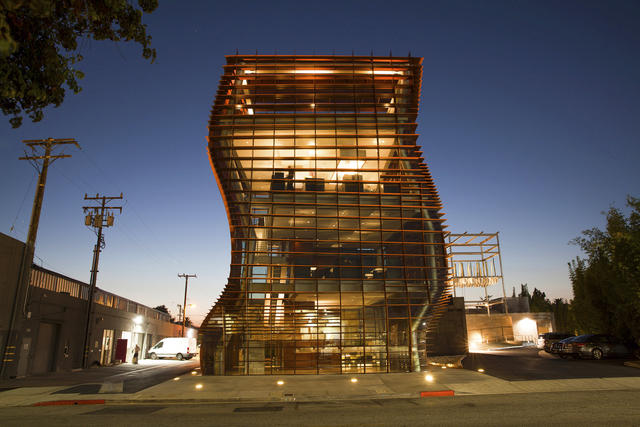 Los Angeles is a wonderland of unconventional architecture. L.A. Magazine put together a photographic tour of 45 of the most underrated and overlooked. Included is the so-called "Waffle" building in Culver City, above, which also happens to house the avant-garde restaurant Vespertine. Jonathan Gold once declared it L.A's best restaurant. L.A. Magazine 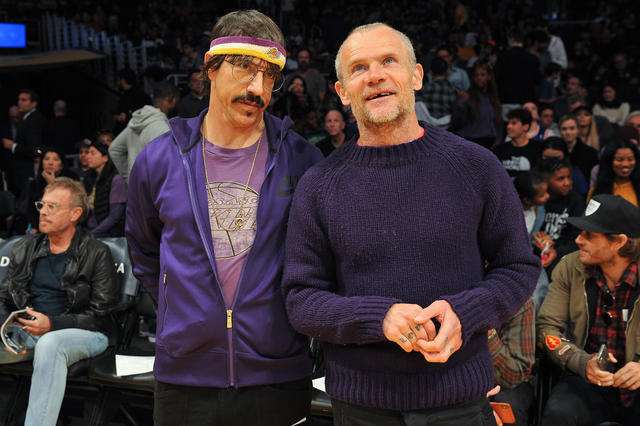 One of the coolest undergrads of all time? Flea from the Los Angeles band Red Hot Chili Peppers.

Regarded as one of rock's great bassists, Flea enrolled in 2008 as a freshman in U.S.C.'s music program. He was 45. "All my career," he told NPR, "all that I've really done has been based on emotion and intuition and gravitating toward what sounds good."

He spent a year in the program, learning the building blocks of composition beginning with Bach's chorales and his four-part harmonies. The experience, he said, unlocked new doors in his relationship to music.

Flea seems like a good guy: He also raises bees, and when he learned that the band program at his former high school had been decimated amid budget cuts, he founded the nonprofit Silver Lake Music Conservatory in 2001. Thousands of kids have studied there, and whoever can't afford it goes for free. Flea called it the best thing in his life.