"A profound moment in our state."

Gov. Gavin Newsom declared a state of emergency on Wednesday after California's first fatality from the new coronavirus was reported in Placer County, raising the national death toll to 11. The victim was a 71-year-old man with underlying conditions who was likely infected while aboard a roundtrip cruise from San Francisco to Mexico in February. Officials were scrambling to locate other passengers who disembarked from the ship in San Francisco. L.A. Times | Sacramento Bee | A.P.

See live trackers of coronavirus cases in California and nationwide. 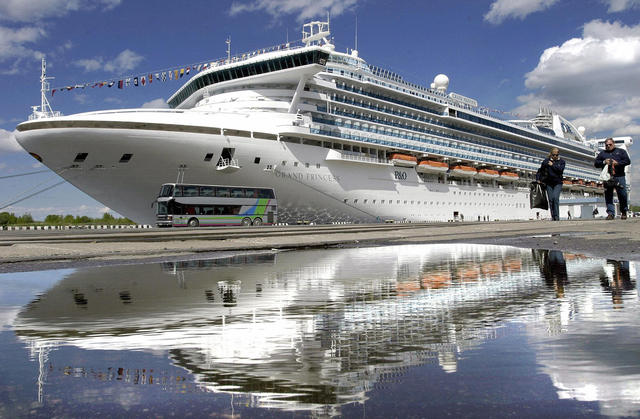 The Grand Princess, seen in St. Petersburg in 2004, is being held off the coast of California.

The same cruise ship, the Grand Princess, is now being held off the California coast after returning from a subsequent trip to Hawaii. Officials said 21 people aboard — 11 passengers and 10 crew members — were symptomatic. Everyone on the vessel will be screened before being allowed to disembark in San Francisco. S.F. Chronicle | Mercury News 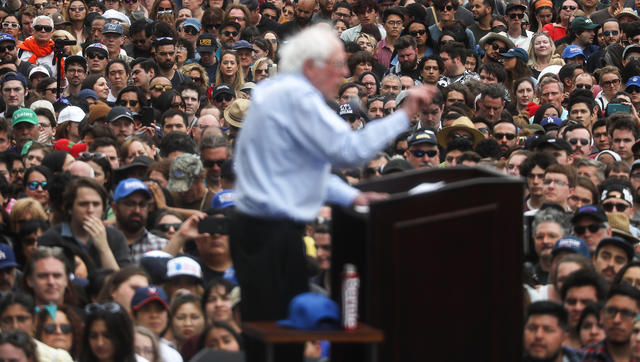 If African American voters delivered a boost to the Joe Biden campaign, it was overwhelming support from California's Latinos that powered Bernie Sanders's win in the biggest Super Tuesday state. "We know our comunidades," said Joesé Hernandez, of Santa Ana. "To hear Bernie talk about the issues we've struggled against for years — rent control, healthcare, income inequality — and win on it reaffirmed what we've fought for." L.A. Times | KQED

In other election developments:

Mayor Darrell Steinberg of Sacramento is recruiting a group of investors to buy the Sacramento Bee after the storied newspaper's parent company moved to declare bankruptcy. Steinberg said it was his "responsibility as mayor to continue to fight for any community asset that is vital to the future of Sacramento." Sacramento Bee

Another California politician extended his legal war against the press: Rep. Devin Nunes sued the Washington Post for $250 million, accusing the newspaper of defamation. It's his seventh lawsuit in 12 months. Fresno Bee | Daily Beast 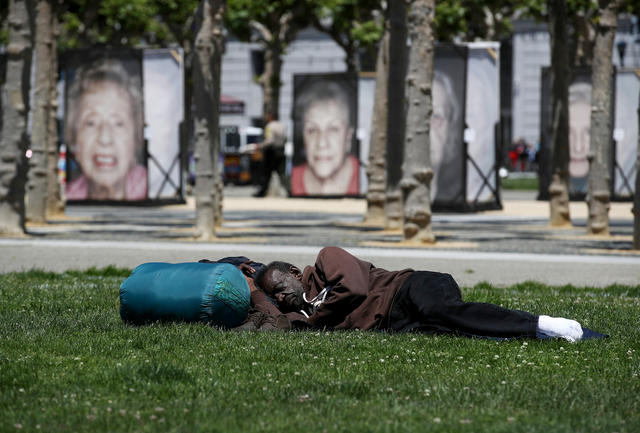 A homeless man slept on the grass at Civic Center Plaza in San Francisco last summer.

San Francisco, it turns out, does an above-average job of housing the homeless. An analysis found that while there are 8,000 or so homeless people in the city, another 9,500 at-risk individuals are living in supportive housing. A scoring system that ranks efforts to end homelessness found a national average of 56. San Francisco was 60. Curbed San Francisco

After nearly two years of local resistance, a homeless shelter was opened in Venice. "Momentum is finally building to address street homelessness in the city and county of Los Angeles." L.A. Times | Curbed Los Angeles 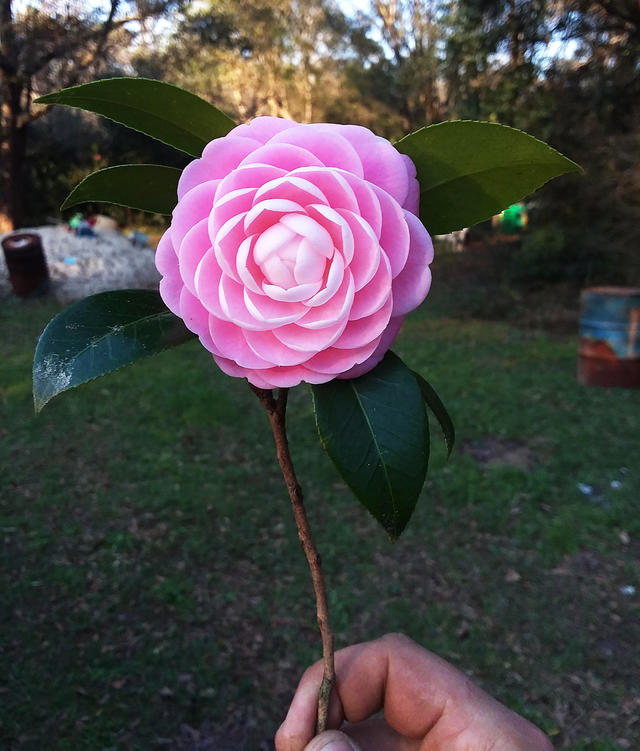 Here's a camellia blossom — aptly named "Pink Perfection" — as pretty a flower there ever was and the official flower of Sacramento. After being introduced from Asia during the Gold Rush, the flower was earnestly embraced by Sacramento, which by the 1920s became known as camellia capital of the world. Reached by the Sun, Carol Schanz, president of the Camellia Society of Sacramento, exulted in how the flowers burst into color during the grayest part of the year, from October through April. Right now, she added, "They are just glorious." Capitol Museum | Sacramento Bee (video)

This weekend: The 96th Annual Camellia Show in Sacramento.

Anthony Levandowski, a former star engineer of self-driving cars, was ordered to pay $179 million to Google in a contract dispute. Levandowski was accused of poaching employees and stealing trade secrets after he left Google to start a rival company. He filed for bankruptcy after Wednesday's ruling. N.Y. Times | Washington Post 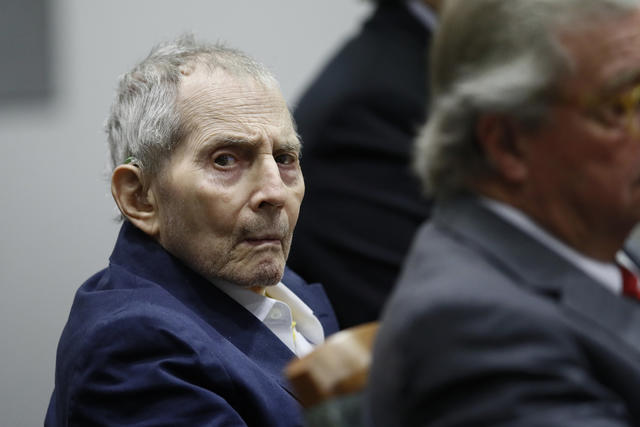 Robert Durst appeared in court on Thursday in Los Angeles.

The long-awaited murder trial of Robert Durst began unfolding in a Los Angeles courtroom on Wednesday. The real estate heir is accused of killing his best friend to cover up his killing of his ex-wife. The jury was played a clip from the HBO docuseries "The Jinx" in which Durst can be heard muttering, "There it is, you're caught," and: "What the hell did I do? Killed them all, of course." The Guardian | Reuters

Channel Islands National Park, California's Galápagos, is the national park closest to Los Angeles, located just 20 miles offshore. It's also among the least visited. If you hit any traffic at all, it's likely to be the kayak sort, as perhaps half a dozen vessels try to enter one of the massive sea caves along the dramatic coast of Santa Cruz Island. On a weekend night, the L.A. Times wrote, it's rare to find 100 people on Santa Cruz Island, an island the size of four Manhattans. California Through My Lens | Sunset magazine

Below, a few pictures of Santa Cruz Island. 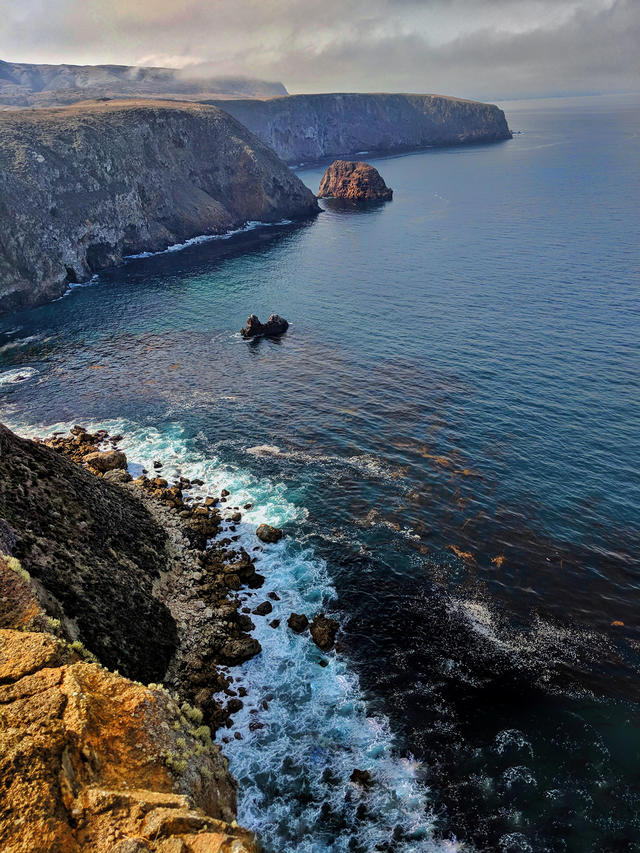 The island's coast is lined with cliffs, tide pools, beaches, and sea caves. 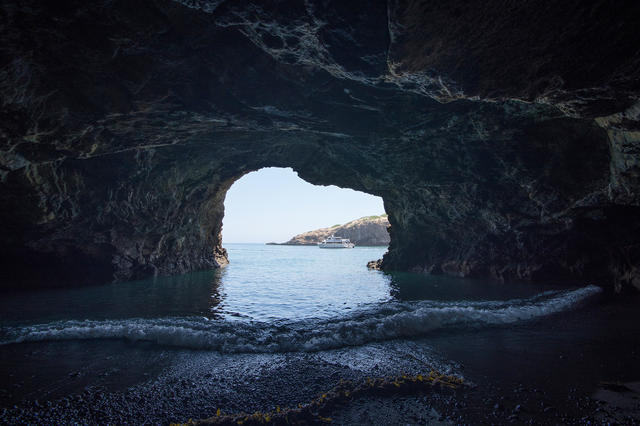 A view from inside Valdez Cave. 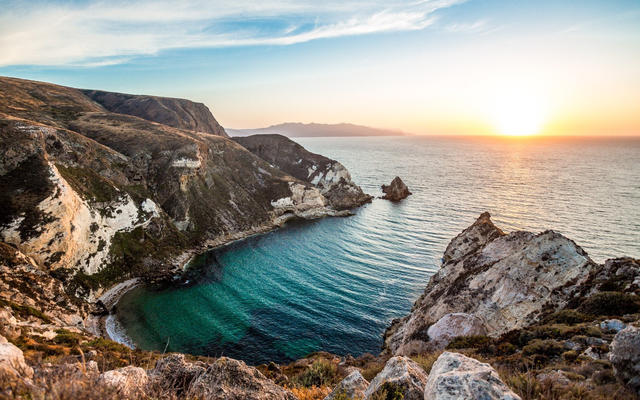 Potato Harbor is one of the prettiest anchorages in the entire island chain.