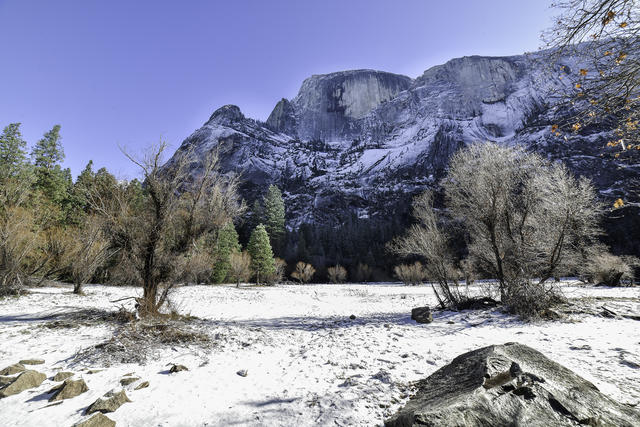 More than just pretty scenery, the Sierra Nevada makes living in California possible, delivering snowmelt that fills the state's rivers and reservoirs. On Thursday, state scientists shared the first snowpack measurement of the season. It stood at 90 percent of the Jan. 2 average, a promising start to 2020. A.P. | Mercury News

Black drivers in California are stopped by police at 2.5 times the per capita rate of whites, according to findings from a first-in-the-nation attempt to track racial profiling in the state. The report also found that officers were nearly three times as likely to search blacks than whites, even though white suspects were more likely to yield contraband or other evidence. A.P. | L.A. Times

In 2019, more than 5,000 California inmates serving life sentences had a chance to make a case for their release. More than 1,000, or 19 percent, were granted parole. That's a dramatic change from past decades, when the figure was less than 1 percent. Much now depends on an inmate's own words — their ability to convince a panel of strangers that they've truly changed. "That boardroom," one lawyer said, "is a house of pain." N.Y. Times Magazine 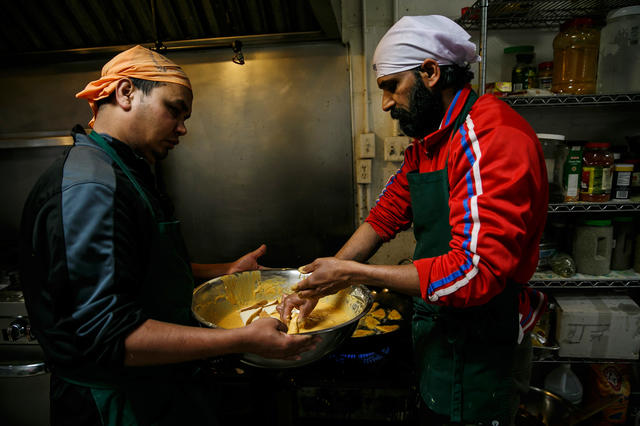 Ashok Kumar, left, and Raj Kumar, right, prepared breakfast at a Sikh temple in Rio Linda that opened its doors to evacuees of the Oroville Dam crisis in 2017.

After disaster strikes, California's Sikhs seem to always be there with a helping hand. With devastating wildfires now more frequent than ever, roughly 20 temples formed a group called Sikhs for Humanity to coordinate their efforts to deliver food and shelter. The houses of worship are uniquely suited to the task. Nearly all of them have fully stocked kitchens thanks to a core tenet of the faith: all visitors, regardless of religion, are served a free, vegetarian meal. Atlas Obscura

Sikhs first arrived in California from Punjab for work in the early 1900s. Yuba City, north of Sacramento, is now home to one of the largest Sikh populations in the world. Pioneering Punjabis | Comstock's Magazine

In the absence of reparations, a Native American group in the Bay Area is pushing another strategy to address past wrongs: Voluntary taxes. The Sogorea Te' Land Trust asks nonindigenous people pay a tax based on the size of their homes to help fund efforts to restore stolen land to indigenous stewardship. The Guardian 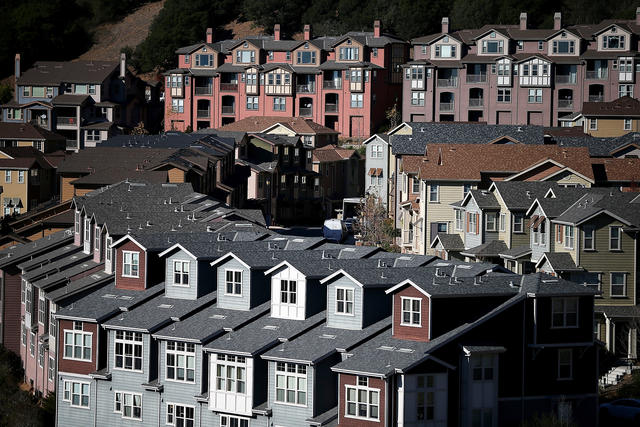 In Oakland, a number of families have been squatting in the homes of absentee landlords.

Two homeless mothers who moved into a vacant Oakland house without permission, calling it an act of protest, have vowed to fight any attempt to evict them. But can they do that? In California, where squatters rights are deeply rooted, it's possible. Other families have been quietly occupying homes throughout Oakland, unbeknownst to absentee landlords. If they stay five years, they'll have a case. Mercury News

A former Google executive published a searing essay that accused the Bay Area company of choosing profits over human rights in China. Ross LaJeunesse said he was forced out for urging the search giant to formalize policies supporting free expression and privacy. "I didn't change," LaJeunesse said. "Google changed." Washington Post | The Verge

Views along Highway 128 and the Mendocino coast.

The renowned natural beauty of the Mendocino coast is rivaled by the east-west drive to get there. Starting just west of Sacramento, Highway 128 meanders along picturesque farmlands and small towns in wine country. The final 11 miles, known as the "tunnel to the sea," weaves through redwood forest so dense and towering that the sun's rays can scarcely reach the ground. "For me," a local vintner said, "that's church." Here’s an interactive map with points of interest. Visit128.com

Stop in Boonville, a hamlet in the Anderson Valley, and you may overhear a 19th-century folk language that is still spoken today. California Sun 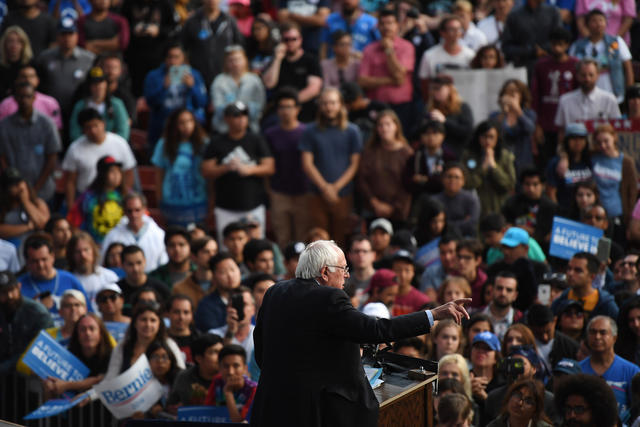 Bernie Sanders spoke to supporters in Irvine in 2016.

Orange County's blue makeover has given way to a fight between progressive and moderate Democrats for the party's soul. Some worry about endangering the Democrats' historic wins there, writes Gustavo Arellano. "But the divide between moderates (generally wealthier, older and white) and progressives (younger, forged in the social justice battles of the last decade and Latino-led) is real." L.A. Times

A judge ruled in favor of 22 women who said they were were duped into making explicit sex films on the basis of lies that they would be distributed as DVDs for private collectors overseas. But they were posted online. At least one woman contemplated suicide. Owners of the San Diego website GirlsDoPorn were ordered to pay $12.7 million in damages. S.D. Union-Tribune | Courthouse News Service

Roughly two dozen llamas were stolen from an exotic animal farm in Riverside County, the authorities said. Other animals were turned loose onto a nearby street. The facility had been under fire from animal rights activists, who accused it of abusing and neglecting the animals. CNN | NBC Palm Springs

There's a seaside restaurant in San Diego where the waves slam against the dining room windows. The high-tide show at La Jolla's Marine Room, a 1941 landmark, "ranges from the engaging to the spectacular," the L.A. Times once wrote. Scary too. A powerful storm in 1982 sent the surf crashing into the dining room. There was a nine-month fortification effort before diners were invited back. San Diego Magazine

Here's the view from inside the dining room. YouTube

The Marine Room isn't cheap. But here are five restaurants along the Southern California shore with afforable menus and million-dollar views. O.C. Register