Please note: The newsletter will pause for a long weekend. Back in your inbox on Tuesday.

Another way to view the state: The Bay Area and Los Angeles vs. the rest of California. Here's how the vote broke down on affirmative action. 👇 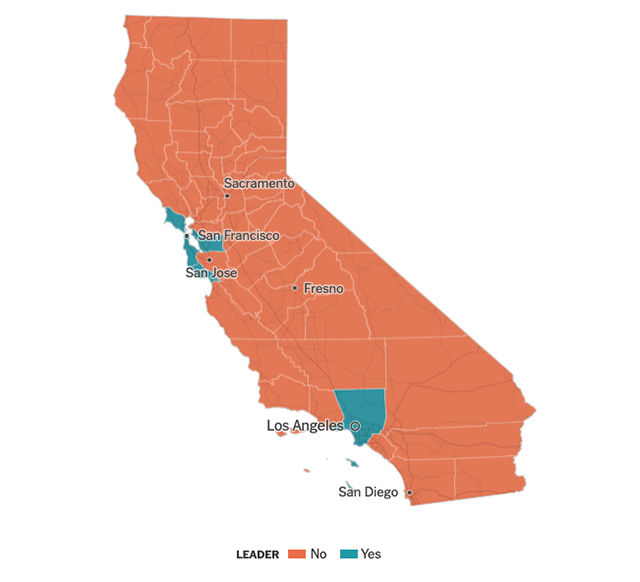 — In parts of the Bay Area, support for Joe Biden soars above 80%.

— Across the north, support for President Trump is widespread with a notable exception: Butte County.

— In Orange County, a red coastline fades to blue a few miles inland.

There are still ballots to be counted, but some revealing voting patterns have emerged across California. Below are two maps to explore how your neighbors voted.

San Francisco voters overwhelmingly approved a first-in-the-nation tax measure targeting highly paid CEOs. Under the new law, any company whose top executive earns 100 times more than the average worker will have to pay higher business taxes. As the disparity in pay rises, so does the tax. “We’re not gonna shed any tears if penthouse dwellers have to cough up,” one voter guide said. A.P. | CalMatters 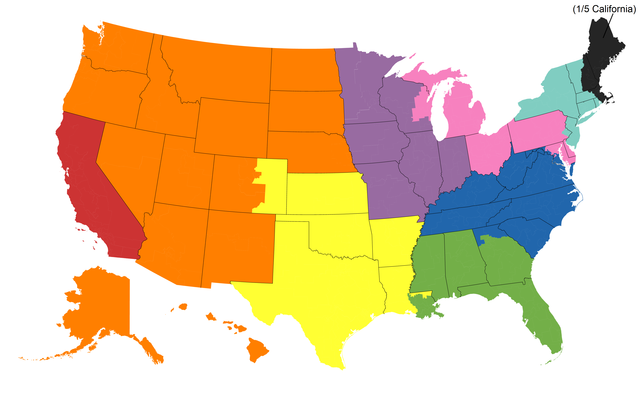 A hobbyist cartographer in San Francisco wondered what America would look like divided into areas with populations equivalent to that of California — roughly 40 million people. The result, above, went viral on social media, where it stirred up some strong feelings about representative democracy.

Here is the map showing the number of U.S. senators in each section. 👉 @RadioChio

On this week's California Sun Podcast, host Jeff Schechtman chats with S.F. Chronicle journalists Kathleen Pender and Carolyn Said about the statewide propositions. Much has been made of the roughly $205 million spent by gig companies on the campaign to classify their workers as independent contractors. But for Uber and Lyft, Said noted, the spending was "chump change." After clinching victory, the companies gained $10 billion in market value. 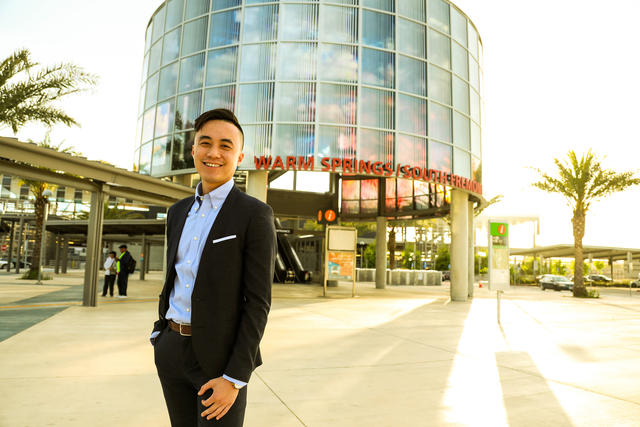 Alex Lee, a Democrat from San Jose, won a seat in the California Assembly.

After weeks of punishing heat and dryness, much of California was expected see rain for the first time in months starting Friday and through the weekend. Forecasts called for cool, wet weather from San Diego to the Bay Area, along with the first snows of the season in the Sierra. "This is the most significant rain of the season so far," a meteorologist told the Mercury News. "It isn’t going to do anything for reservoirs. But we’ll take what we can get." Weather West | Mercury News | L.A. Times 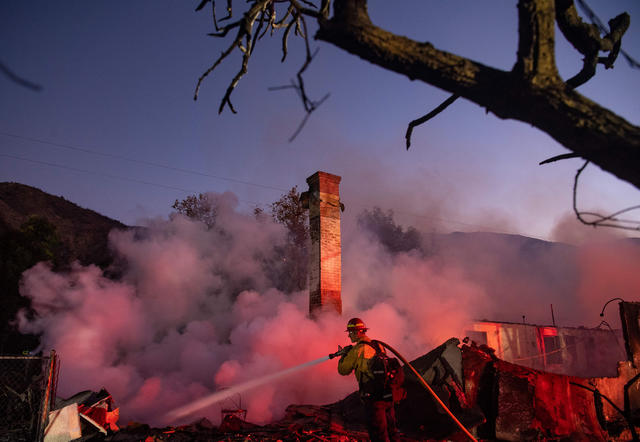 A firefighter doused a smoldering home in San Bernardino on Oct. 31, 2019.

With each wildfire season seemingly more destructive than the last, insurance companies have increasingly retreated from risky communities, threatening to make homes all but uninsurable. On Thursday, California offered some relief, if temporary, by banning insurance companies from dropping homeowners for one year. The move gives homeowners "breathing room," said the state's insurance commissioner, while officials plot a long-term fix. N.Y. Times | CalMatters

“You have a puzzle: electricity or your refrigerator is empty.”

California's seasonal farmworkers typically conserve earnings during the year to survive the winter, when work dries up. But this year, wildfires and the pandemic disrupted harvests, and thousands of workers were themselves infected. Now many are fearing a winter of hunger and homelessness. L.A. Times

There were some troubling coronavirus reports across California on Thursday. Shasta County logged its highest number of hospitalizations since the pandemic began. San Diego County reported a significant spike in infections. And Los Angeles County had its highest case count in months. That county's top health official said people had become lax about safety measures. “Unless we can all get back to protecting each other," she said, "our recovery will stall.” Record-Searchlight | S.D. Union-Tribune | L.A. Times 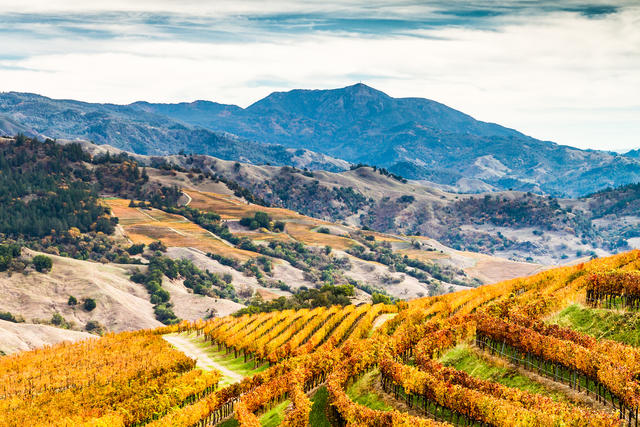 A vineyard just north of Healdsburg in Sonoma County during a past autumn.

California's fall colors roll out like a carpet, starting high in the Sierra in September and ending down in the valleys as late as early December. Next up is the turning of the vineyards, which have begun to don hues of crimson and gold across the state's varied wine regions.

Asked to name his favorite place to see the show, fall color connoisseur John Poimiroo said there were too many to name. But he mentioned one: the driveway leading to Napa Valley's Far Niente Winery, which includes stately rows of brilliant yellow ginkgo biloba trees. At peak, he said, it's "stunning." 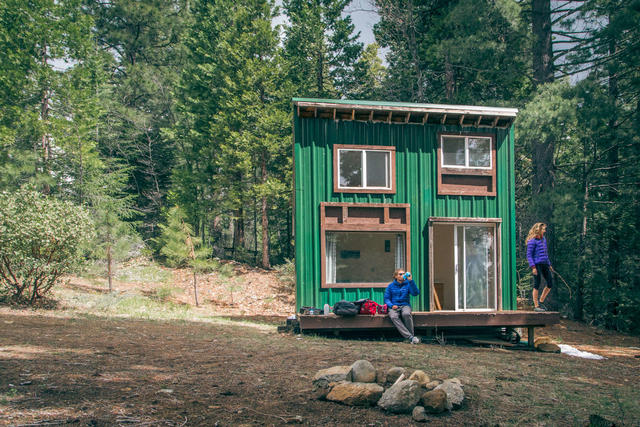