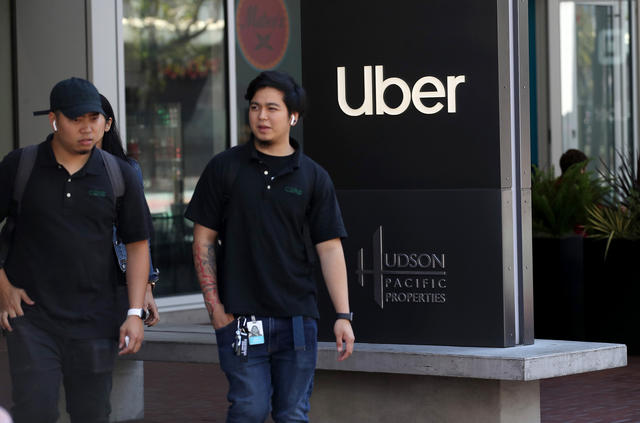 California's new law governing freelancers, among hundreds of laws that went into effect on Jan. 1, was intended to extend legal protections to roughly 1 million people in the state. But writers, translators, strippers, clergy, and others are bracing for their livelihoods to become more difficult. N.Y. Times | S.F. Chronicle

Independent truckers won a reprieve from the law after a judge blocked the state from enforcing it upon them. Reuters | A.P.

All those terms-of-service notifications you've been seeing on apps and websites? They're thanks to California's new toughest-in-the-nation data privacy law. It means you have three important new rights: the right to know what data companies are collecting from you, the right to have it deleted, and the right stop its sale. The rules are expected to set a national standard. L.A. Times | recode 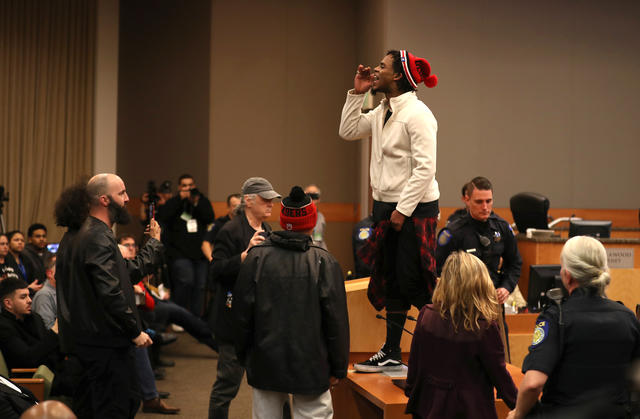 Activists disrupted the Sacramento City Council meeting last March after the fatal police shooting of Stephon Clark. The killing sparked protests and changes to state law governing the use of deadly force.

California's new slate of laws reflect the ideological preferences of a Legislature where Democrats enjoy supermajority control. Among them are measures that cap annual rent increases at 5 percent plus inflation, strengthen standards for when police officers can use deadly force, allow former felons to serve on juries, prohibit smoking at state parks and beaches, and ban discrimination based on hairstyles such as cornrows and dreadlocks. L.A. Times | Capital Public Radio

About 203,000 people left California between 2018 and 2019, driven in part by increasingly unaffordable housing. That means the state will likely lose a congressional seat for the first time in its history. "It's got a lot to do with dispersion from California to the rest of the West," a demographer said. "Arizona, Texas and Colorado are all big destinations for California migrants, and they all are gaining seats." L.A. Times | Axios 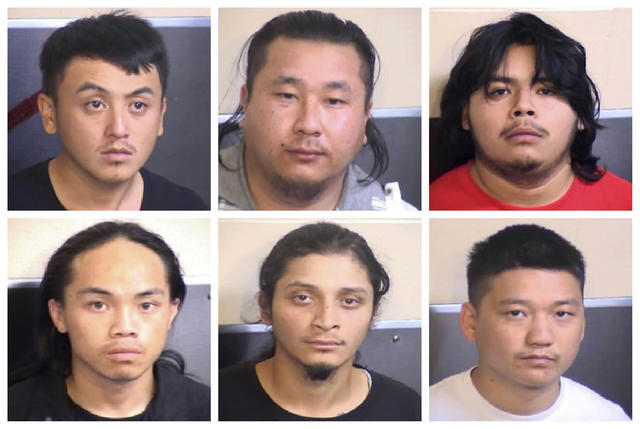 The authorities in Fresno arrested six men in connection with the mass shooting at a backyard football-watching party in November that left four Hmong men dead. The suspects, said to be members of the Mongolian Boy Society gang, had mistakenly believed the gathering was a rival gang's party. Fresno's district attorney said pursuit of the death penalty was on the table. Fresno Bee | CNN

A tiny Native American tribe in Northern California's Mad River Valley has built a microgrid on its reservation with solar panels, batteries, and distribution lines that can operate entirely independently. It's a state-of-the-art system and an indicator of what could be in California's future. "When these power cuts started, we looked like geniuses for what we had done," a tribal member said. Washington Post

A customer at an Oakland Starbucks gave chase after his laptop was snatched on Tuesday and ended up being violently flung by the suspect's vehicle into a parked car, the police said. Now the customer is dead from his injuries, and two suspects are in custody. Mercury News | A.P. 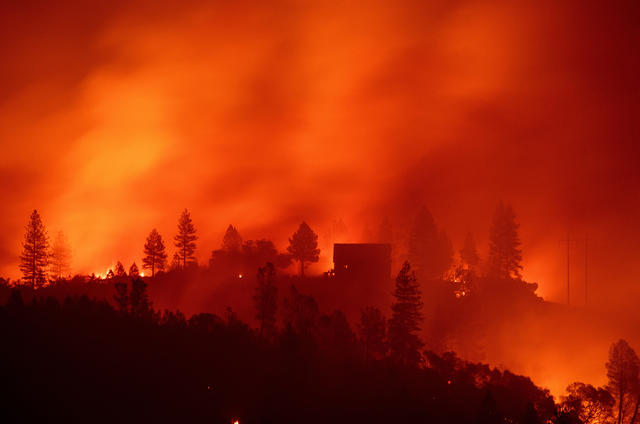 "You have to get out. No one can come to help you."

A 40-minute documentary on the deadliest wildfire in California history has emerged as an Oscar contender. Netflix's "Fire in Paradise" uses interviews with the people who lived through the Camp Fire — first responders, a 911 call center operator, local schoolteachers — to tell a relentlessly paced story of terror and devastation. One critic said it's a difficult watch, "but it's a must-watch." S.F. Chronicle | DECIDER

"As we enter a new decade, it might be time to admit that we Californians are actually living in a state of denial." Curbed San Francisco 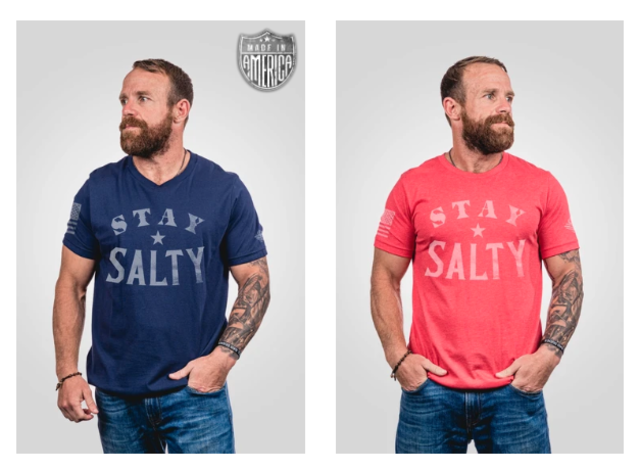 Edward Gallagher has been promoting his own clothing brand, called Salty Frog Gear.

A year ago, San Diego Navy Seal Edward Gallagher was facing murder charges. Now, after being acquitted, he's modeling his own clothing brand, endorsing nutrition supplements, and positioning himself as a conservative influencer with close ties to President Trump, who has repeatedly praised him. N.Y. Times

"The guy's freaking evil, man." The N.Y. Times obtained a trove of materials including confidential video interviews with Navy SEALs who described Gallagher as a man with a disturbing hunger for violence. N.Y. Times

Leneace Pope and Dion Hines were living in new apartments after years of homelessness in South Los Angeles. They might as well have won the lottery. But they only lasted six months before being drawn back to the streets. It's little wonder, wrote the journalist Thomas Curwen, who spent 18 months following a group of homeless people. "Here they can make a home for themselves on their own terms. They can find companionship, survive, and feel their existence has meaning in a way it never did in the apartments." L.A. Times

Only 1 percent of Los Angeles's population lives on the streets or in shelters, yet homeless people accounted for about 17 percent the city's homicide victims in 2019. NPR 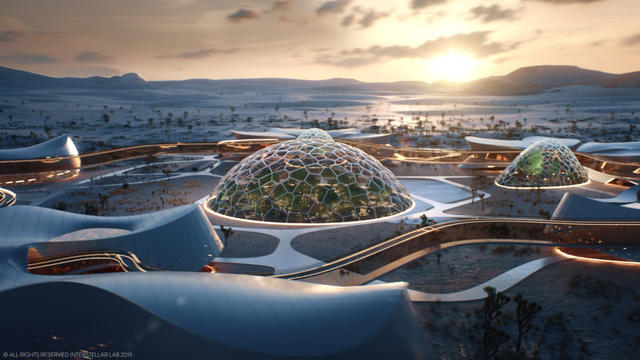 The Experimental Bioregenerative Station will be a "closed-loop, environment-controlled village."

A French research studio is planning a prototype Mars colony in the Mojave Desert. The design calls for a fully self-sustaining compound that can train scientists and astronauts for survival 163 million miles from Earth. But the project would also be a business. The group plans to open the facility for part of the year to tourists who would pay up to $6,000 for weeklong stays. Venture Beat | Architect's Newspaper 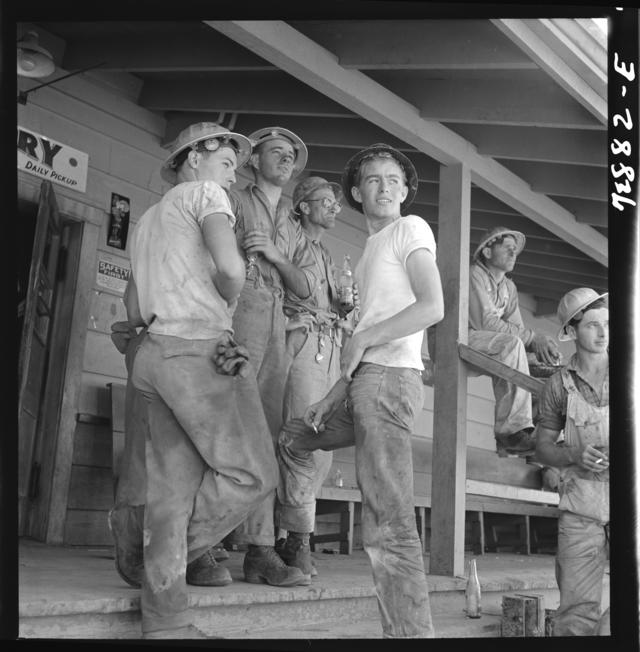 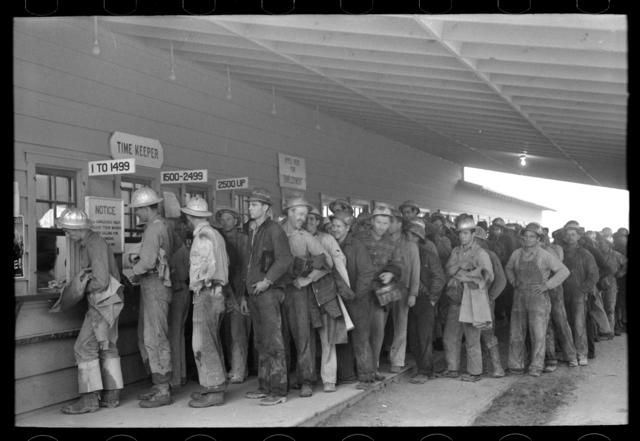 Dam workers lined up for their paychecks.

In the 1930s, a large dam proposal in Northern California promised a fresh bounty of power and water. But it was the labor required to build Shasta Dam, approved during the heart of the Depression, that captured the imaginations of workers across the West.

Thousands of impoverished families flocked to the Redding area, where they camped in tents and trailers and waited nervously for the hiring to begin. As it did, a boomtown atmosphere took hold, giving rise to grocery stores, taverns, and a school. An annual festival was organized that included a ceremonial burning of a coffin containing "old man gloom," a reference to the dark days of the Depression. 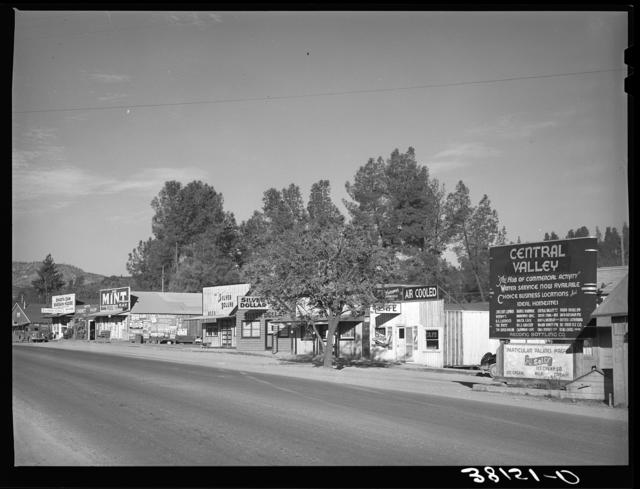 Central Valley, a former Shasta Dam boomtown, in 1940. "The hub of commercial activity," a sign reads. 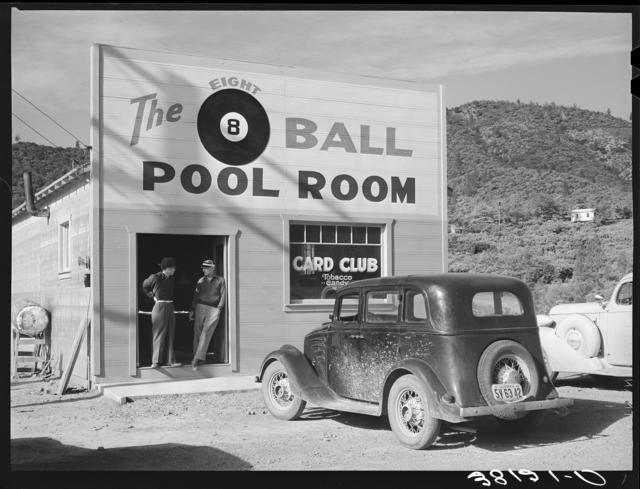 Proprietors of pool halls, smoke shops, and taverns catered to the new workforce.

Then, on this day in 1945, Shasta Dam was officially completed, making it the second-tallest dam in the world. With the onrush of World War II, a number of workers had left the area to join the service. Others snapped up better-paying jobs at the war factories of Southern California.

But the settlements didn't fade away. After the war, a homebuilding boom fed the timber economy in Shasta County and the boomtowns thrived again. In 1993, a new city folded them under a single government: Shasta Lake. Seventy-five years after the last bucket of concrete was poured at the dam, they still burn the coffin every spring during the city's annual Boomtown Festival. cityofshastalake.org | S.F. Chronicle