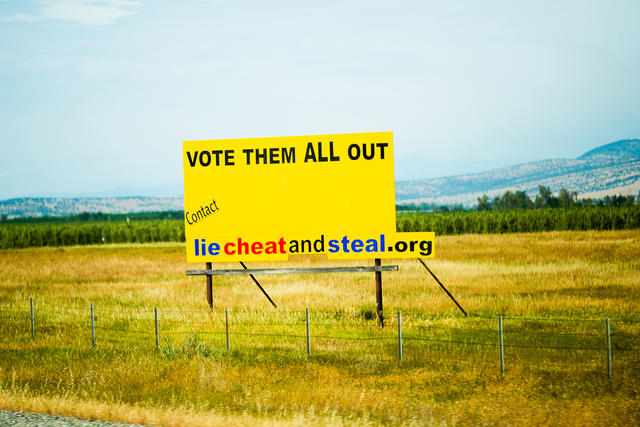 California is expected to loom large in the presidential contest.

This weekend, 14 presidential candidates are set to converge in San Francisco, the largest gathering of contenders so far. It's the latest sign that California's voice in the presidential primaries is growing from a whimper into a roar. Thank the state's March 3 primary, which is three months earlier than in past election years. The L.A. Times wrote: "It's the trademark issues and values of California — immigration, health care, trade and the environment — that to a large extent will drive this presidential contest." L.A. Times | NPR 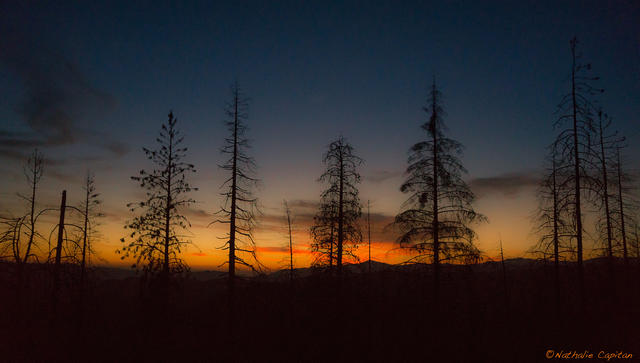 A hundred years of aggressive fire suppression in California has left the state's forests choked with fire-loving brush. Yet even as fire officials have embraced the need for prescribed burns as a way to use up fuels, only a tiny fraction of the state's 30 million acres of forest were treated with fire last year. By some estimates, many California forests have as much as 100 times more small trees and underbrush than what existed before white settlement. McClatchy/Climate Central

You may want to think about a generator. PG&E is planning to shut off power during high winds this fire season. The utility told Manteca that the entire city could go dark for up to five days. Manteca Bulletin | SFGate.com

Some moves from the state legislature: 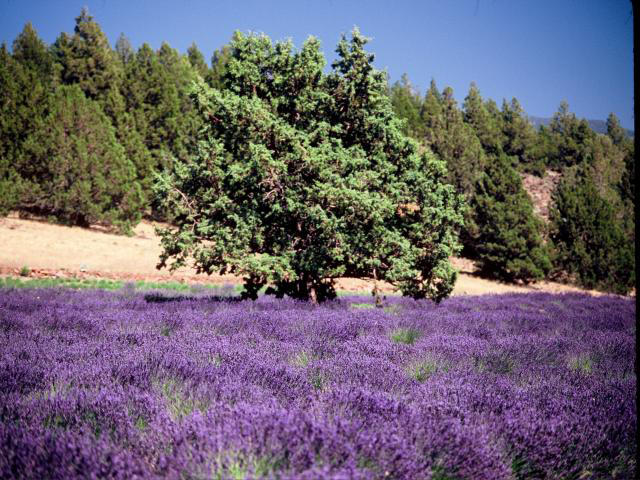 A lavender field in Northern California.

It's lavender season. The fragrant herb thrives in California's Mediterranean climate, and from May to July lavender farms open up to the public with festivals and opportunities to stroll the fields and even harvest your own. There are events in Capay Valley, Placerville, Ojai, and Riverside County, among other places. SeeCalifornia | KCET 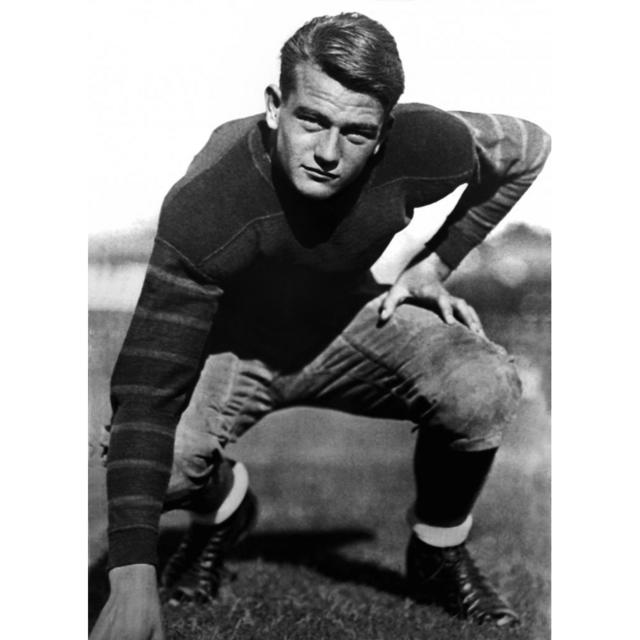 In 1926, a U.S.C. football player named Marion Morrison injured his shoulder while bodysurfing in Newport Beach. His football career cut short, he made his way to Hollywood and was renamed John Wayne. America's most famous movie cowboy was born on this week in 1907. "There may not have been a John Wayne if it wasn't for Newport Beach," his son once said. Wayne was buried less than a couple miles from his old bodysurfing break. Newsweek | SFGate.com

Also: People have been reassessing Wayne's legacy in light of his racist statements. There are calls to rename John Wayne Airport in Santa Ana. L.A. Times

"They were willing enablers of the Russian interference in our election."

That was Speaker Nancy Pelosi talking about Facebook after the Menlo Park company refused to remove a doctored video of Pelosi that makes her appear drunk. "We have said all along, 'Poor Facebook, they were unwittingly exploited by the Russians,'" she said. "I think wittingly, because right now they are putting up something that they know is false. I think it's wrong." Facebook said its rules don't prevent users from posting false information. KQED | Politico 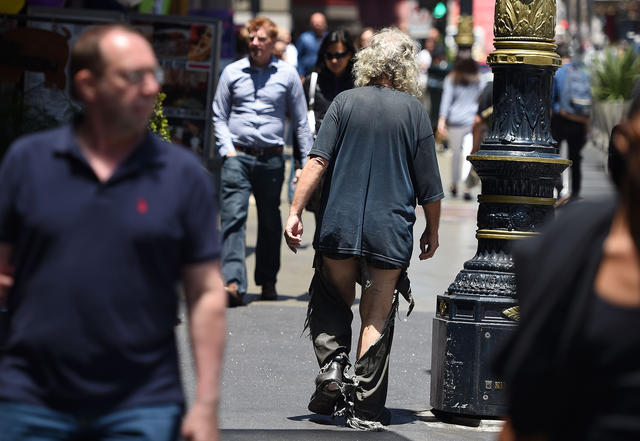 There's broad political agreement in San Francisco that something needs to be done to help mentally ill homeless people.

San Francisco County supervisors are proposing what they say would be the first universal mental health care system in the nation. Under the plan, any city resident who needs help would have access to on-demand, 24/7 treatment. How to pay for it? A new tax on companies that pay their C.E.O.s. more than 100 times the median employee compensation. San Franciscans will likely vote on the plan in November. KQED | S.F. Chronicle

Scott Johnson, a quadriplegic attorney, is notorious in the Sacramento area for filing thousands of disability access lawsuits against businesses, usually settling quickly for $4,000 or so. Establishments that haven't been able to pay have closed. Now Johnson is facing federal tax fraud charges — and business owners are celebrating. "He's finally getting his due for the damage he's done to people in this town," one critic said. Sacramento Bee 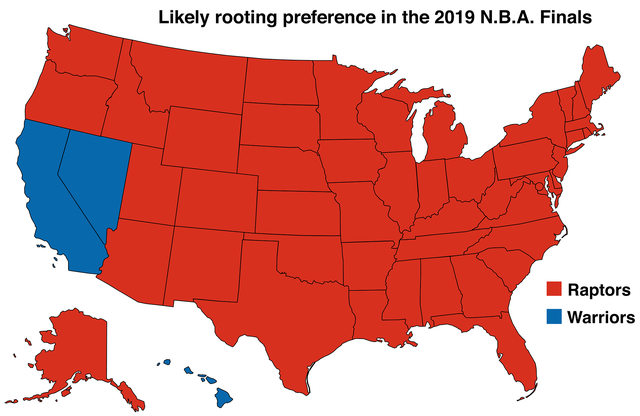 Data collected from Twitter by BetOnline was used to determine fan loyalties in the N.B.A. Finals.

The Warriors face the Toronto Raptors tonight in Game 1 of the N.B.A. finals as they try to capture their fourth title in five seasons. If the Bay Area champions are basketball royalty, they are also leading contenders for another crown: most hated team in America. An analysis of social media chatter found suggests that 47 of 50 U.S. states want the Warriors to lose. That means as fans gather in bars and living rooms across the country, the vast majority of Americans will be rooting for Canada. SFGate.com

The Warriors are 31-1 in their past 32 games — without Kevin Durant. ESPN 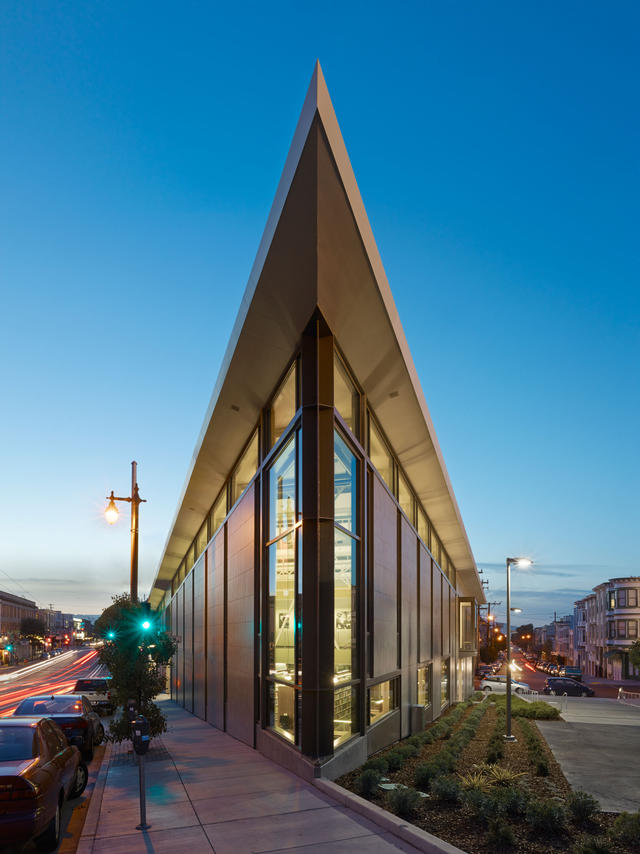 The S.F. Chronicle created an engrossing map of the new and old architecture that defines San Francisco, with assessments by urban design critic John King. On a library branch that opened in 2014 over the objections of neighborhood opponents: "When the public is inside this public building, the effect is magical. You can immerse yourself in books, then look up and see a cable car rolling toward you before it pivots toward Fisherman's Wharf." S.F. Chronicle 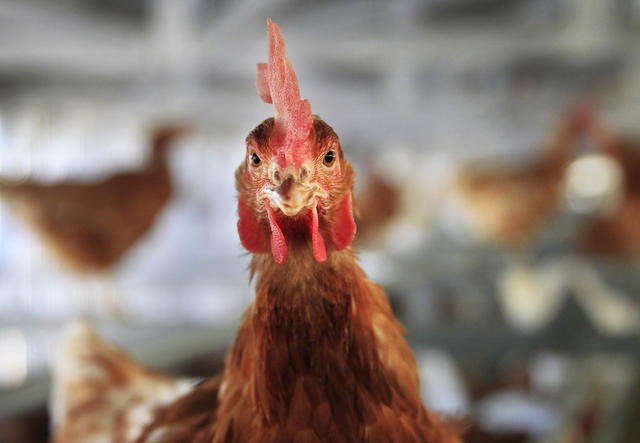 Chickens are facing a state-ordered slaughter in Riverside and San Bernardino counties.

Agriculture workers in white biohazard suits have been showing up on people's doorsteps across the Inland Empire and demanding to kill their chickens, traumatizing some owners. The eradication effort is intended to stop a virulent Newcastle disease outbreak that started a year ago. Thus far, more than 1.2 million commercial and backyard birds have been killed. NBC Los Angeles | Press-Enterprise 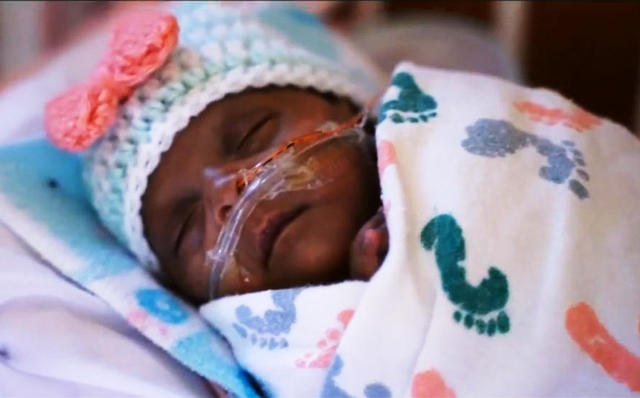 A physician called little Saybie "one in a million."

Weighing just 8.6 ounces — roughly the weight of an apple — a baby in San Diego is believed to be the smallest ever to survive a premature birth. Nicknamed "Saybie" to protect the family's privacy, she was delivered in December at just 23 weeks gestation after her mother suffered complications. The hospital announced on Wednesday that she was healthy enough to go home. Weight: an adorable 5 pounds. KPBS | NBC San Diego

In April, the volunteer fire department in Julian was dissolved after a public vote approving county control of the district. That didn't sit well with the volunteers, who have been holed up in the station for the past two months, refusing to relinquish control of the property. The latest twist in the saga: A fire truck has gone missing. The Sheriff's Department is investigating. S.D. Union-Tribune

Galaxy's Edge at Disneyland in Anaheim is expected to pump billions of dollars into the region's economy.

Disneyland's Star Wars: Galaxy's Edge, an immersive 14-acre environment, opens Friday. The adventure through the grungy planet Batuu was years in the making at a cost of about $1 billion. Visitors can wander through its alleyways and market stalls, ride the Millennium Falcon, and interact with costumed traders, stormtroopers, and galaxy outlaws. Reporters who got an early look seemed suitably impressed. "It will blow your mind," one wrote. O.C. Register | N.Y. Times 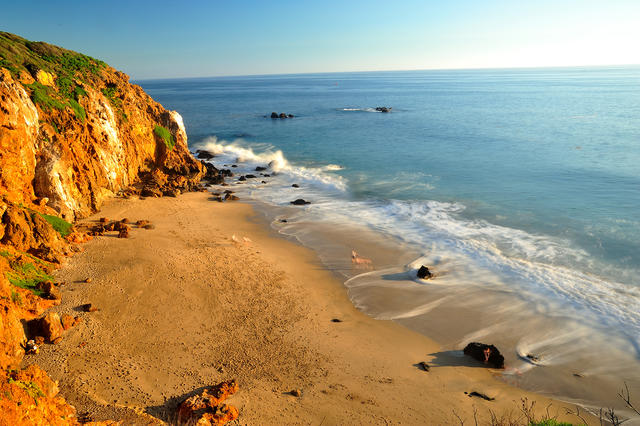 Temperatures have been warming up across California after an unusually chilly Memorial Day weekend. Curbed Los Angeles helpfully rounded up the 13 best beaches from Malibu to Newport Beach. One connects to secluded Pirate's Cove, pictured above, where humankind's tragic destiny was revealed at the end of "Planet of the Apes." Curbed Los Angeles

Listen and subscribe to the California Sun Podcast, conversations with the Golden State's most fascinating personalities. Coming up tomorrow: Author Mark Arax on California's quest for water.