Gov. Jerry Brown often butted heads with fellow Democrats as he limited spending on social programs in favor of protecting against a future economic downtown. Now, he's predicting that his successor won't be able to control Democrats' appetites. "I'd say we're in for contentious times and for too many rules, too many constricting mandates, and probably too much spending," he said. 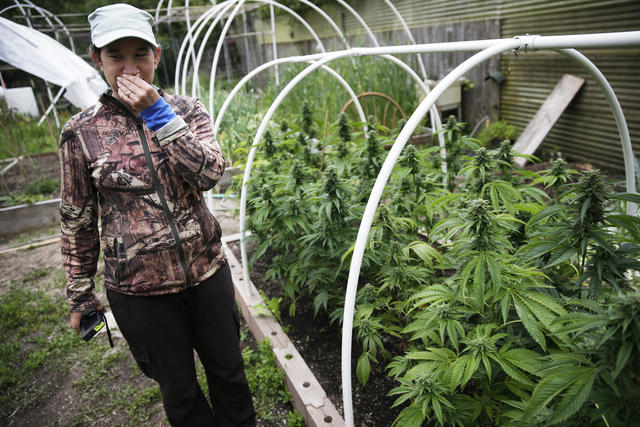 The skunky scent of cannabis operations has led to complaints.

Some California communities that allowed marijuana grows didn't realize the stench they would entail. Now, downwind residents are in revolt. "I can't be outside more than 30 minutes," a Sebastopol man said. "The windows are constantly closed. We are trapped inside. There's no escape."

Was it a rocket? A strange cloud? Santa? After a mysterious light appeared in the sky over California on Wednesday, speculation ran wild on social media. Then the Lick Observatory put the matter to rest: "A bright meteor was visible in the skies over the Bay Area shortly after sunset this evening," it said in a Facebook post. (See video of the moment it appeared). 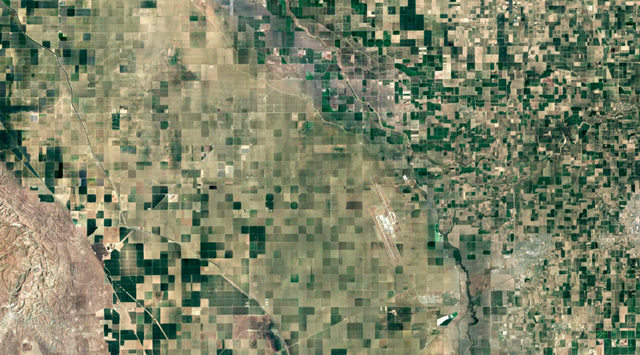 This is not a pixelated image. It's an aerial view of the farmlands near Fresno. Once teeming with grasses, wildflowers, and water so abundant you could sail a boat between San Francisco and Bakersfield, hardly any of the Central Valley remains untouched by agriculture and development. So much water has been sucked up that the ground has dropped in places by as much as 30 feet since the early 1900s. 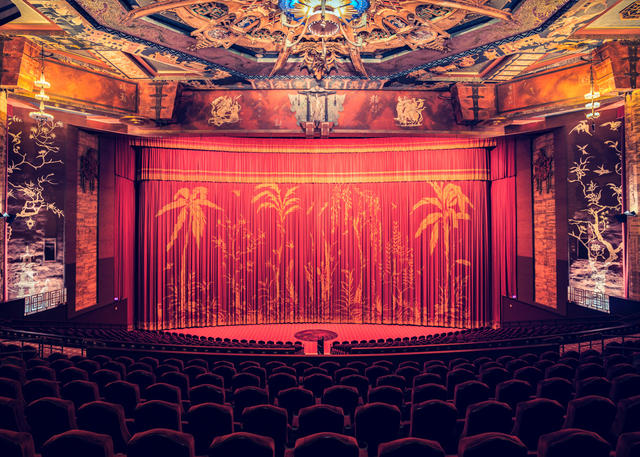 Franck Bohbot's photos revive the glamour of old Hollywood. The French photographer has created an exquisite series of images of movie theaters built in California during the 1930s and 40s. "These treasures," Bohbot said, "will always be imbued with the ghosts of the films projected there." 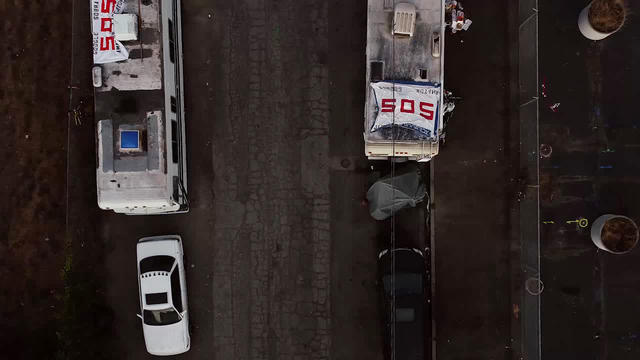 Several of the RVs are draped with banners reading “SOS."

Blue-collar workers have been spilling into Bay Area streets for lack of affordable shelter. In East Palo Alto, a pop-up community of RVs lines a road not far from tech titans like Google and Facebook. Now a proposed ordinance threatens sweep them away. "I know they're going to push us out," said Jesus Rodriguez, an upholsterer who moved into his RV after his rent doubled to $4,000 a month. "I don't want to leave where I live." 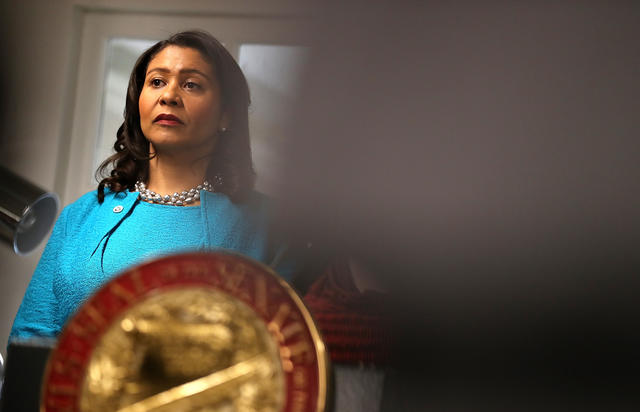 San Francisco's mayor, London Breed, has asked Gov. Jerry Brown to help free her brother, who has spent nearly two decades in prison for pushing a young mother into traffic — killing her — after an armed robbery. Legal experts and the victim's family questioned the ethics of making such a request as a sitting mayor.

GQ Magazine published a feature on the Fresno Bee and the "war on local news." One fascinating tidbit: Ray Appleton, a conservative radio host in Fresno, is friendly with Rep. Devin Nunes, who despises the Bee. Appleton's son reports on politics for the newspaper. Asked if he's bothered that Nunes shuns the Bee, the elder Appleton responded:

"Well, yeah, Devin doesn't talk to them because every time he talks to them, they change it. And they lie through their fucking teeth about what they talked about."

After the Camp fire tore across Butte County, Sierra Nevada Brewing Company, which is based in the county, pledged to release a special beer and donate all of the proceeds to the recovery. It invited other breweries to join them, hoping a couple hundred would sign up. A month later, more than 1,400 have volunteered, about a quarter of all U.S. breweries. 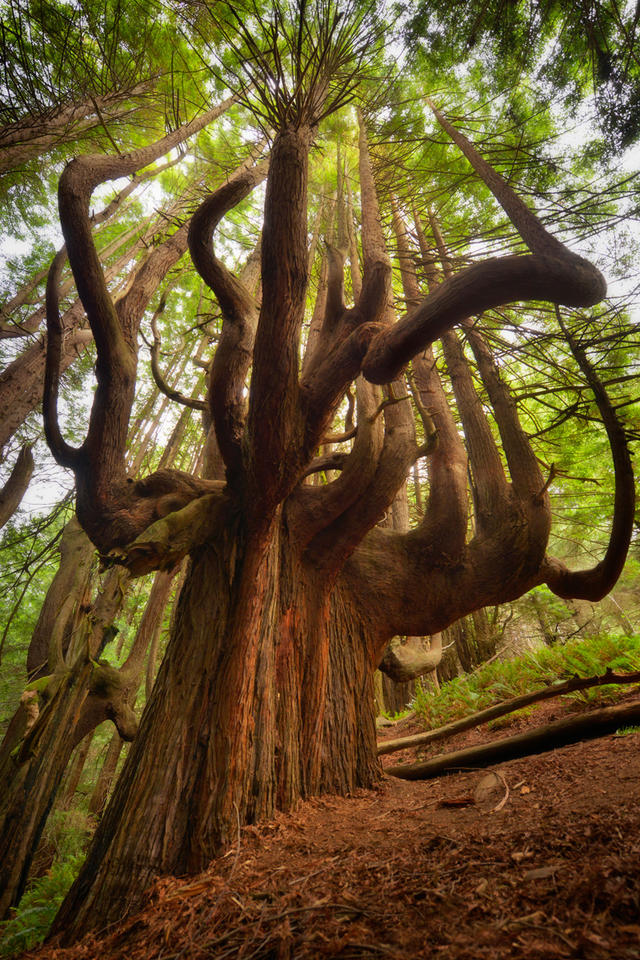 Photo by Mike Shoys, courtesy of Save the Redwoods League

This is a candelabra redwood on the Lost Coast. It's part of the breathtaking Enchanted Forest, where the wild contortions of ancient trees have been shaped by the wind and salty air. The bending guaranteed their survival in part because timbermen couldn't turn them into lumber. Save the Redwoods League bought the land a few years ago and opened it the public.

Save the Redwoods League 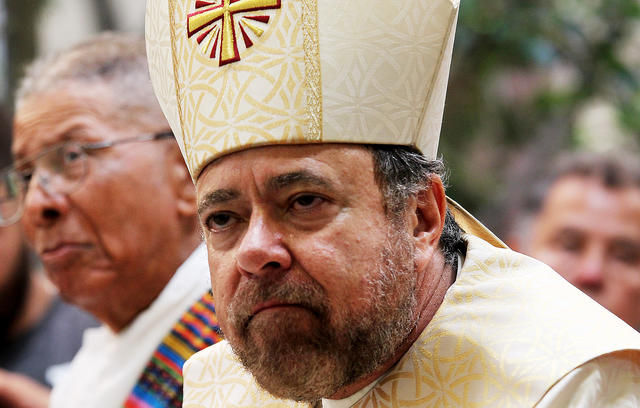 Monsignor Alexander Salazar was accused of sexual misconduct with a child in the 1990s.

Pope Francis accepted the resignation of a Los Angeles bishop, Monsignor Alexander Salazar, 13 years after the church learned that he was accused of committing a lewd act with a child. The Pasadena police recommended Salazar be charged in 2002. Even so, he was subsequently made a bishop, and the public was only informed this week about the allegation.

Alex Villanueva, the new sheriff of Los Angeles County, vowed to curtail his department's cooperation with federal immigration agents. "We are going to physically remove I.C.E. from the county jails," he said, eliciting both cheers and boos during a public meeting. 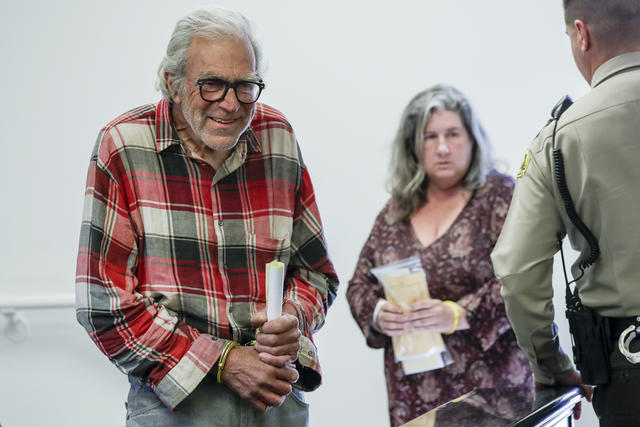 Daniel Panico, left, and Mona Kirk were arrested after their family was found living in squalor.

Last February, a couple was accused of cruelty to their three children after the family was found living in a large plywood box in Joshua Tree. But the community rallied behind the couple, calling them loving parents and accusing the authorities of criminalizing poverty. Now a judge has dropped the charges.

Teachers in the country's second-largest school district appeared headed for a strike. The union representing Los Angeles teachers announced that its 31,000 members would walk out Jan. 10 as both sides in contract negotiations portrayed the other as unreasonable. The union says the district is hoarding a reserve of $1.8 billion. The district says the union has always been determined to strike, even before talks began. 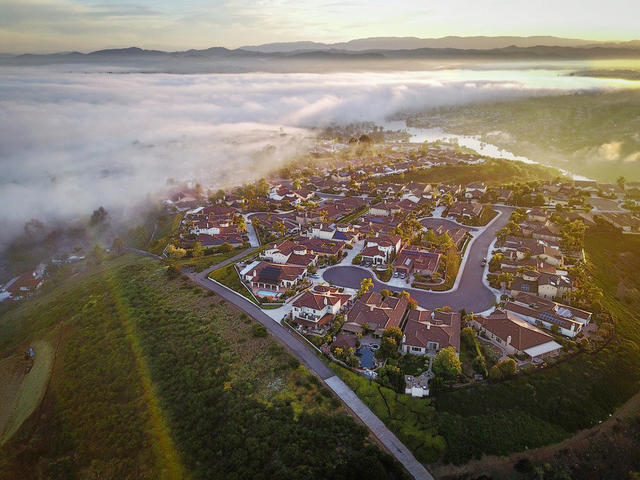 This is Lake San Marcos. Built as an oasis between Los Angeles and San Diego in the 1960s, it was among the first master-planned lakeside communities in the country. At the time, many were skeptical about the audacious project on the site of a former cattle ranch in the middle of nowhere. Today, the developer, Gordon Frazar, is regarded as a visionary who pioneered concepts that became standard in the housing industry.