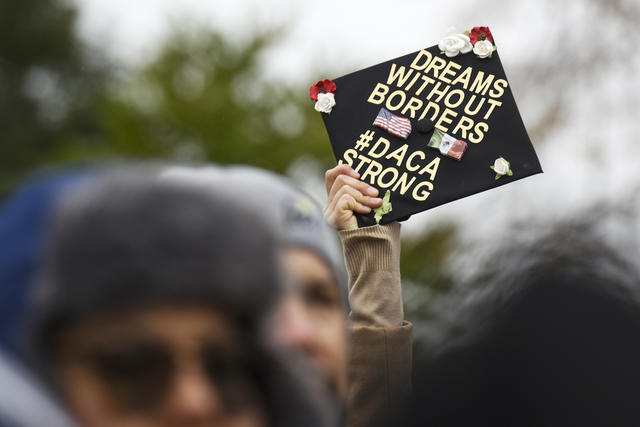 Demonstrators gathered outside the Supreme Court in Washington on Tuesday.

The Supreme Court's conservative majority suggested on Tuesday that the Trump administration was entitled to end a program protecting about 700,000 immigrants known as Dreamers who were brought into the country illegally as children. California, among the parties challenging the action, is home to roughly 200,000 Dreamers, more than any other state. N.Y. Times | Washington Post

Doctors, pharmacists, business owners, students. Here are a few of the Californians whose futures now hang in the balance. L.A. Times

The insecticide carbofuran can kill a fully grown black bear. While it's illegal in the U.S., cartel pot growers have been spreading it copiously around California's public forests. "We have detected it in the soil, in cannabis plants, in native vegetation, the water, the infrastructure. You name it, we have detected it," an ecologist said. "It's horrible." NPR 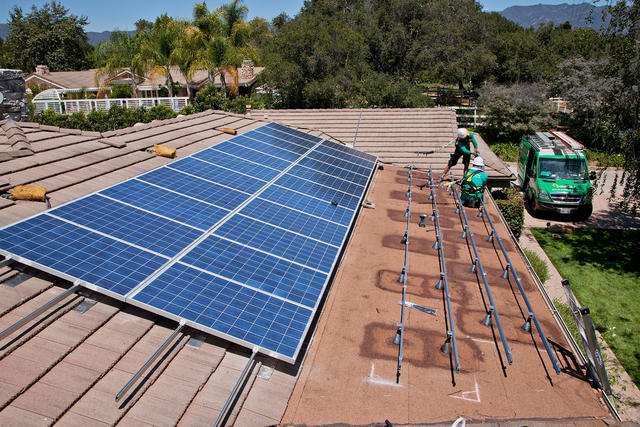 Workers installed solar panels on a home in Oak View.

California may not require solar panels on newly built homes after all. Regulators are scheduled to vote soon on a utility's proposal to let homeowners get power from solar farms instead of installing their own panels. It would be a big win for homebuilders who've warned that housing costs are high enough without adding solar panels. Bloomberg | L.A. Times

A poll found that 70 percent of Americans would support a version of California's rooftop solar policy being mandated nationwide. Fast Company

More than 1,000 California law enforcement officers used a background check database for personal use over the past decade, a review of records found. Among the cases, officers dug up information on a romantic rival, a girlfriend's tenants, and an opponent in a lawsuit. Just 54 were prosecuted. Mercury News 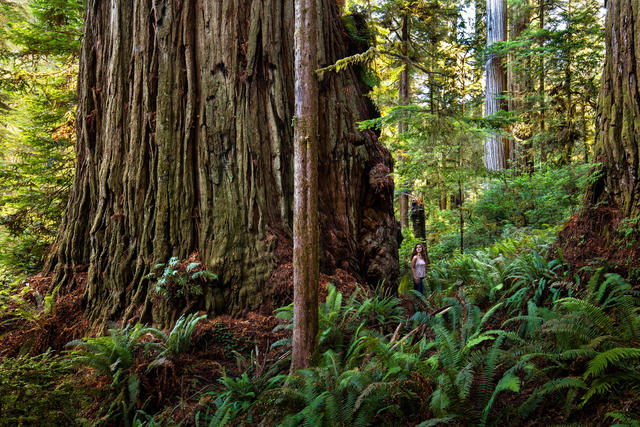 Grogan's Fault unofficially surpasses the General Sherman in both height and girth.

Elite big tree hunters are making new discoveries in the teeming redwood forests of Northern California. One explorer described happening upon a colossus later dubbed Grogan's Fault: "We got down to measuring, and we're going, 'Oh, man, this isn't only as big as the largest coast redwoods. This is larger than anything found. Its dimensions just get so extreme it's just hard to soak it in." California Sun

Three staffers at a school in El Dorado County were charged with involuntary manslaughter in the death of an autistic student last year. Max Benson stopped breathing after being restrained face down for hours. Benson's mother said the last year has been worst of her life. "I haven't done much except just cry." Sacramento Bee | CBS Sacramento 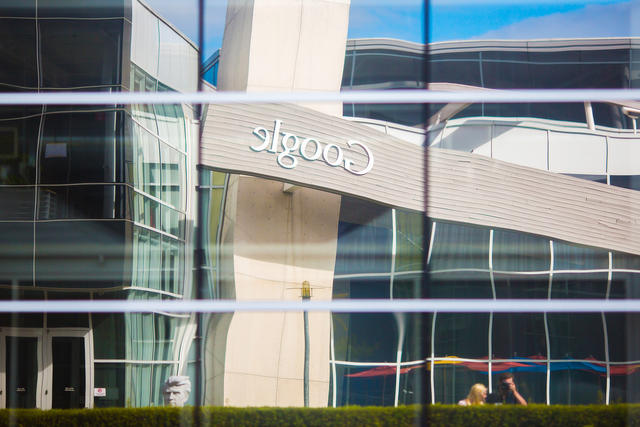 The Wall Street Journal's bombshell report on a Google project to collect detailed health records on 50 million Americans now has the attention of federal regulators. An investigation into the project dubbed "Project Nightingale" was opened to ensure no privacy rights were being violated, an official said. Wall Street Journal | CNN

Art Shapiro, a professor of evolution and ecology at UC Davis, has been painstakingly counting California's butterflies for 47 years. He's told friends he feels like a physician watching a long-term patient die — and he has no idea why. "One does not rejoice when one's system is going away," he said. L.A. Times 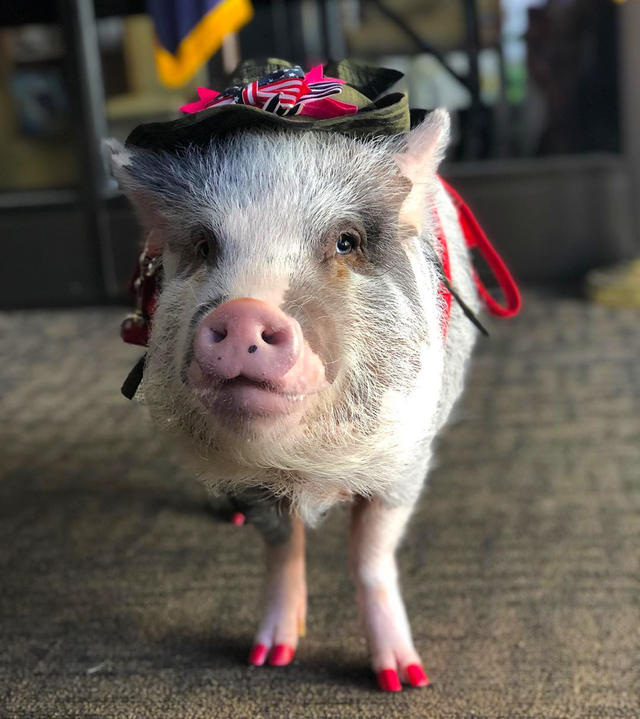 Lilou got into the spirit on Veterans Day.

Reminder: San Francisco International Airport has a therapy pig. Lilou, a pink-nosed 5-year-old, is part of the airport's "Wag Brigade," a program that uses animals to ease passengers' travel anxieties. She's believed to be the world's only airport therapy pig. Reuters 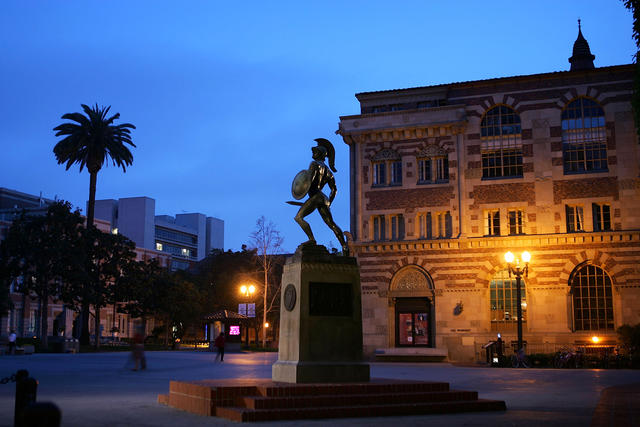 "We know that our students are looking for answers," a USC health officer said.

USC's campus has been left shaken by nine deaths since August. Three were suicides. One student died in a traffic accident. The causes of others haven't been disclosed, but no foul play is suspected. "Students are pleading for answers," a student journalist said. L.A. Times | A.P.

The Conception dive boat fire that killed 34 people off the Channel Islands was one of the worst maritime disasters in California history. Now a review has shown that the National Transportation Safety Board repeatedly called for stronger regulations aimed at improving boat safety, only to see the Coast Guard fail to implement them. L.A. Times 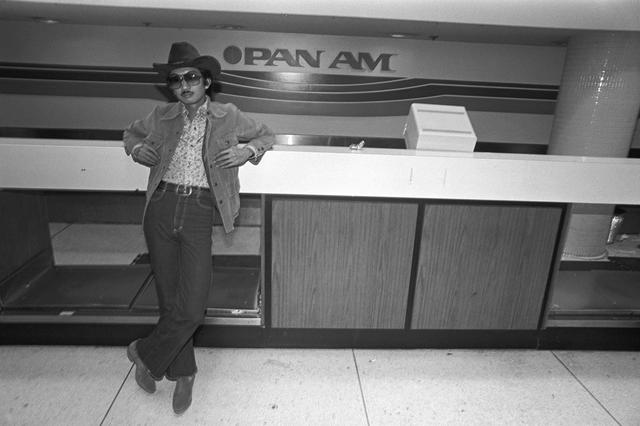 As a photography student in the early 1980s, John Brian King would ride his motorcycle to LAX and capture the humanity as travelers came and went through the terminals. "I consciously went for an assaultive form of photography," he wrote, "flash, wide-angle lens, hit and run, no permission asked." The images capture the timeless, bleak boredom of the airport — with some fantastic 1980s fashion. AnOther magazine | KCET 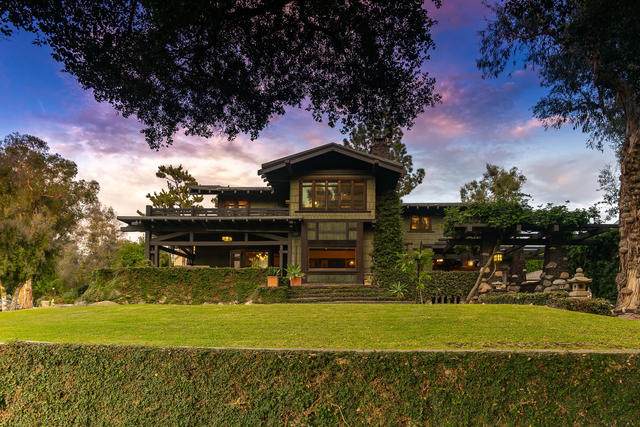 The Duncan-Irwin house in Pasadena is listed on the National Register of Historic Places.

On the market now, three statement-making homes across Southern California: