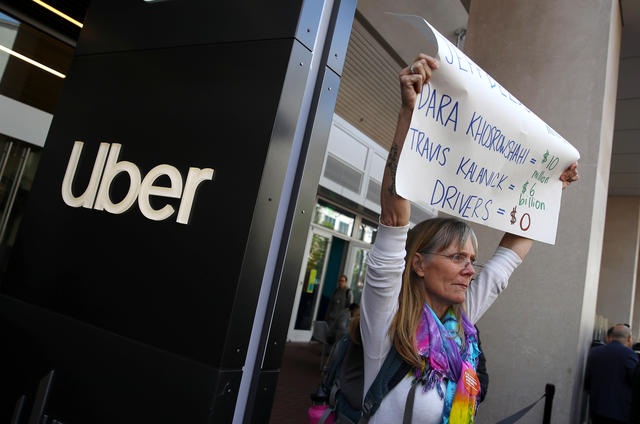 A woman protested in front of Uber headquarters in San Francisco on May 8.

Moments after California's Legislature gave final approval to a landmark measure regulating the gig economy, Uber declared that it would not reclassify its drivers as employees. That's because, an Uber lawyer explained, drivers aren't core to the company's business, "which is serving as a technology platform for several different types of digital marketplaces." Even so, Uber, Lyft, and DoorDash said they would spend $90 million working to undo the law. The Verge | N.Y. Times

Other developments from Sacramento: 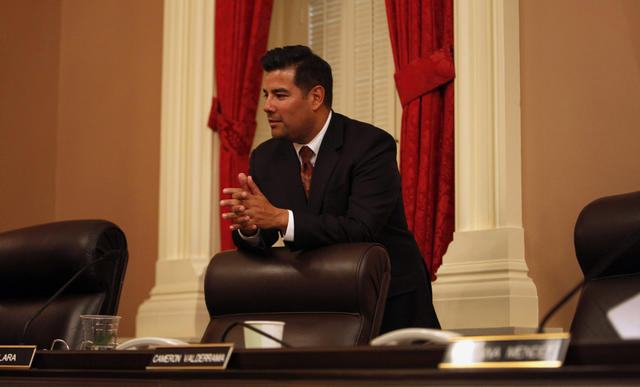 Ricardo Lara vowed not to take industry money. Then he did.

When it was reported in July that California's top insurance regulator, Ricardo Lara, accepted tens of thousands of dollars in campaign contributions from the industry, he said it was unintentional. Now records show he knew it was industry money, and photos show him partying with a lobbyist before his inauguration. Lara's communications team called the Sacramento Bee "TMZ" when its reporters asked questions about it. Sacramento Bee 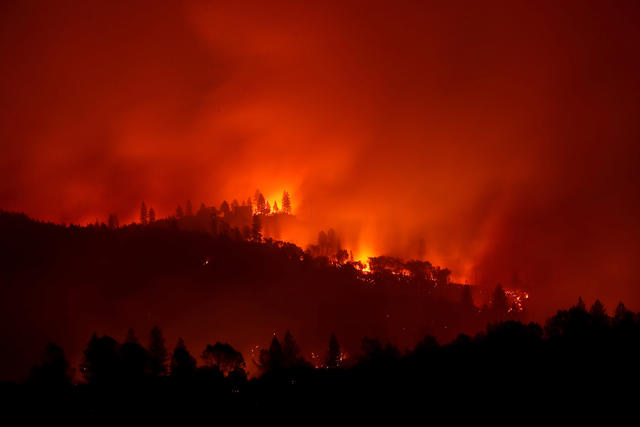 During the Butte County inferno last November, a blizzard of embers flew past fuel breaks.

California is spending $32 million on forest thinning projects to prevent wildfires. But the state's hot, dry winds carry wildfires over fuel breaks with ease. Some experts say the money would be better spent on fire-proofing homes. "Time and time again in my research," a scientist said, "I find that fuel is one of the least important factors when it comes to protecting the home." L.A. Times

"This is a worst-possible wildfire scenario for Southern California." Vox

California's Supreme Court refused to block death penalty cases despite Gov. Gavin Newsom's moratorium on capital punishment. Two inmates had argued that jurors might be swayed if they believe a death penalty won't be carried out. California prosecutors, many of them fiercely opposed to the moratorium, have continued to vigorously pursue death penalty cases. Mercury News | A.P. 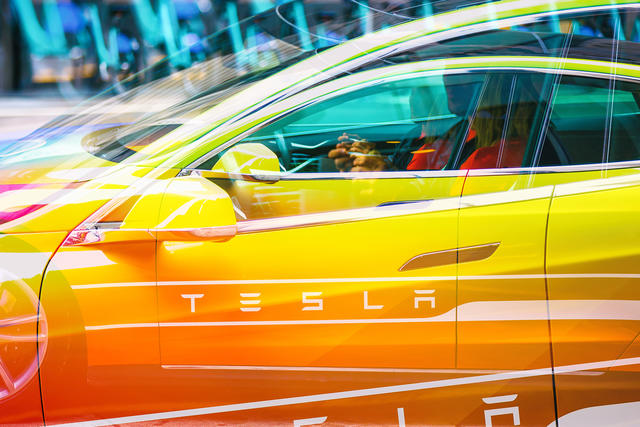 Consumers don't seem to be interested in electric cars from companies not named Tesla. 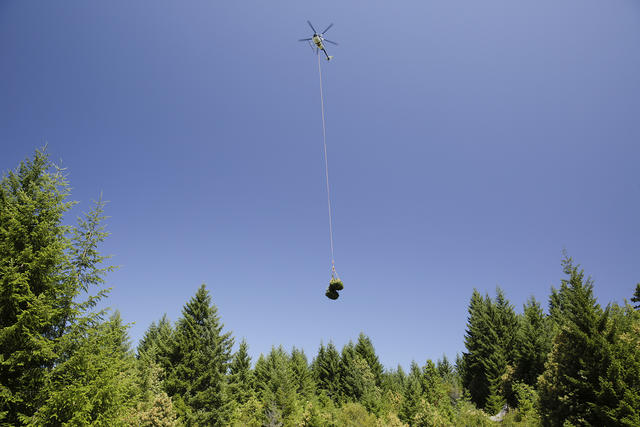 A helicopter moved seized marijuana in Humboldt County. With cannabis, crime, and city hall there's a lot to cover along the North Coast.

In a recent publisher's note, the leader of Humboldt County’s newspaper of record declared, "Culture change is hard and necessary ... and we're just fine." But laid-off reporters from the Eureka Times-Standard say the newspaper has been cut to the bone — then cut again. With just two news reporters now on staff, they wonder if it can survive in a meaningful way. Lost Coast Outpost

The Trump administration said it would ban the sale of most flavored e-cigarettes, delivering a blow to industry leader Juul. But the $38 billion San Francisco company, perhaps chastened by a drumbeat of negative coverage, isn't pushing back. "Flavors today are problematic," the company's CEO told the S.F. Chronicle’s editorial board. S.F. Chronicle | Politico

Inhalation toxicologist: Vaping likely has dangers that could take years for scientists to even know about. The Conversation 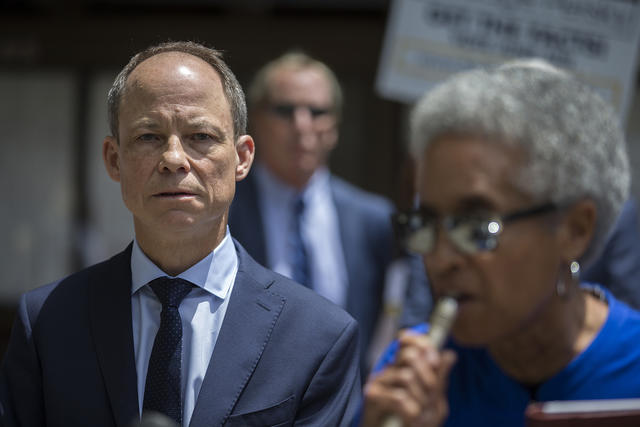 Aaron Persky was recalled from office over his lenient sentence for Brock Turner.

Aaron Persky, the former judge who was ousted for his lenient sentencing of a former Stanford swimmer in a sexual assault case, has now been fired from his new job as a Bay Area high school tennis coach. The school district, which was initially unaware of his role in the case, said the move was in the "best interest" of students. Mercury News | SFGate.com

In Santa Rosa on Monday, an 18-year-old FaceTiming while driving slammed into a pedestrian, leaving her with serious head injuries. A day later in the same city, a 39-year-old motorist dropped his cellphone, leaned over to pick it up, and swerved into a parked pickup truck, flipping his car. "These accidents happen daily throughout California and the country," a Santa Rosa police sergeant said. Press Democrat 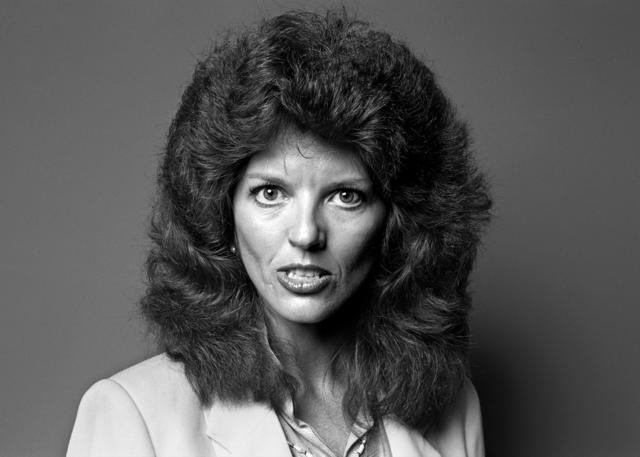 In 1983, photographer Michael Jang was hired to take photos of wannabe weather presenters who replied to a job posting from a San Francisco TV station. Then he forgot about it. Decades later he stumbled across his old negatives. The photos, curated in a volume titled "Summer Weather," are a delightful portal to the style and sass of 1980s San Francisco. Flashbak | VICE 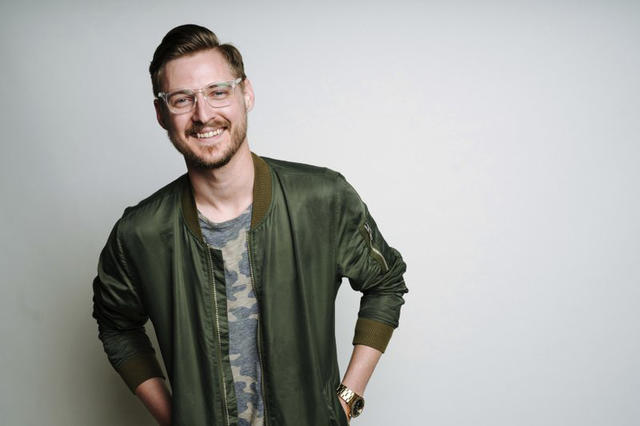 Jarrid Wilson had spoken openly about his struggle with depression.

Jarrid Wilson, a Riverside megachurch pastor who helped found a group to help people coping with depression, took his own life. He was 30. He is survived by his wife Juli and two young sons. "At a time like this, there are just no words," a church official wrote in an Instagram post. "The Bible says, 'There is a time to mourn.' This is certainly that time." A.P. | Press-Enterprise

"For a long time, there were two big knocks against solar power: It's expensive, and it can't keep the lights on after sundown." That reality has changed. This week, Los Angeles approved a contract for the cheapest solar power and energy storage in the U.S.: 3.3 cents per kilowatt-hour, cheaper than electricity from natural gas. L.A. Times 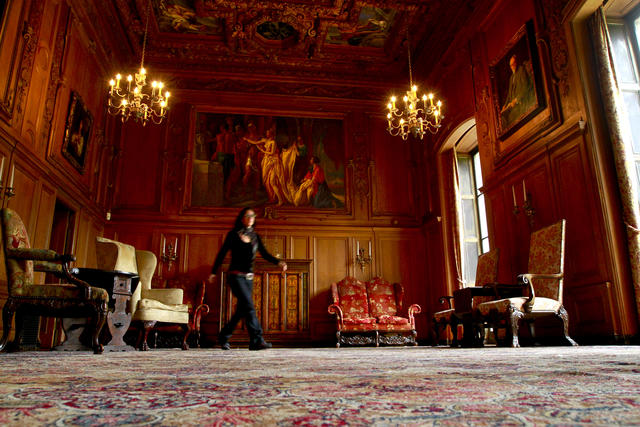 UCLA is the nation's No. 1 public university. That's according to two prestigious rankings released this month, from U.S. News & World Report and the Wall Street Journal. University of California campuses dominated both lists, with San Diego and Berkeley in the top 10 on each. Sacramento Bee | O.C. Register 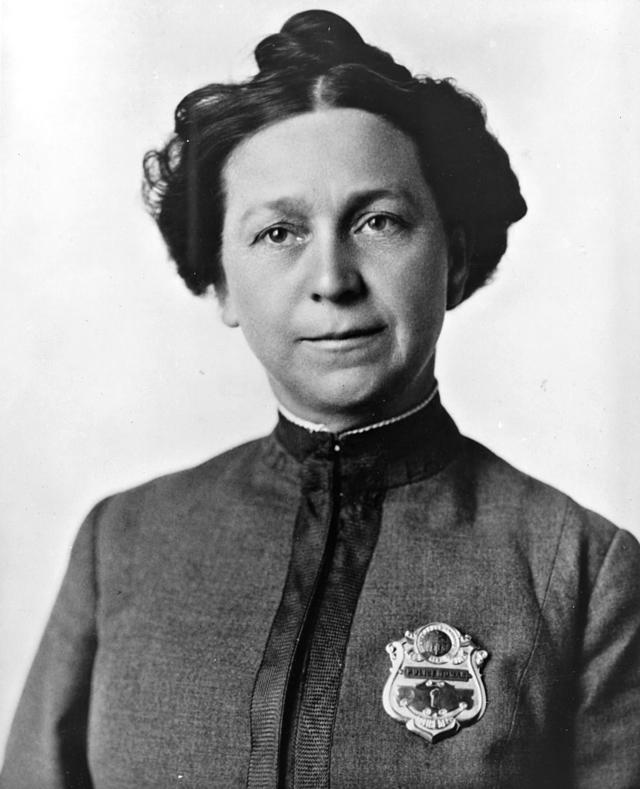 Here's Alice Stebbins Wells. It was on this day in 1910, historians say, that she joined the Los Angeles Police Department as the nation's first policewoman with arrest powers (though there's some debate).

Until then, police forces had employed women as "matrons" or "workers" largely for the care of female prisoners. Wells, a Pentecostal minister from the Midwest, got the officer job after lobbying for a city ordinance that created the position. Her first assignment: keeping an eye on juveniles at dance halls and skating rinks. Newspaper reporters largely regarded her as a joke — the L.A. Times called her "Officerette Wells" — but they also described her as stern and capable.

Even as other female police officers followed in her wake, discrimination remained rampant in the force for decades. As late as the 1970s, Police Chief Ed Davis declared women officers unnecessary, saying he'd hire one when the L.A. Rams hired a female linebacker. But barriers to women in the department fell one by one, with the first female lieutenant in 1975, the first female captain in 1980, and the first female commander in 1997. As yet, no woman has led the LAPD, but in 2017 there were a record seven female police chiefs across the county. Los Angeles Almanac | Daily Mirror