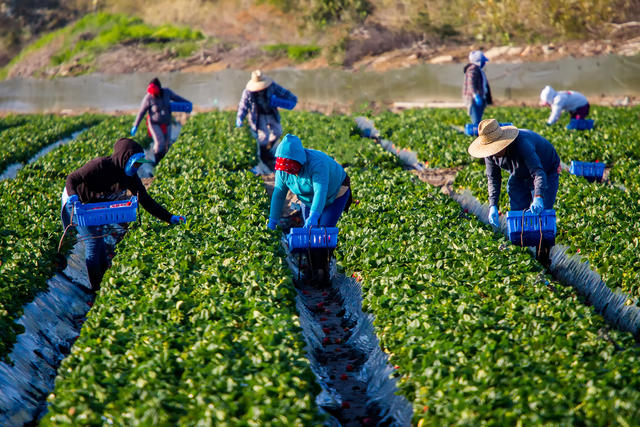 Roughly 10 percent of California's workers are in the country illegally, many doing jobs now officially deemed "essential" to the functioning of society. But they aren't entitled to government aid. That's one reason Gov. Gavin Newsom announced a partnership with philanthropies to create a $125 million disaster relief fund — the first of its kind in the nation — that will offer up to $500 apiece to 150,000 adults left out of the federal stimulus package. CalMatters | S.F. Chronicle

"This is disastrous. This is an atrocity."

A 176-bed nursing home in Visalia has now confirmed 154 cases of the coronavirus in one of the single largest outbreaks in California. Eight residents have died. The infection numbers at Redwood Springs Healthcare Center comprise nearly half of the cases across all of Tulare County. One nurse said she told a supervisor she had a fever, but was told to come to work anyway. She tested positive three days later. Visalia Times-Delta | FOX26

An L.A. Times analysis found that 89 percent of stricken nursing homes in Los Angeles County have a history of infection problems. 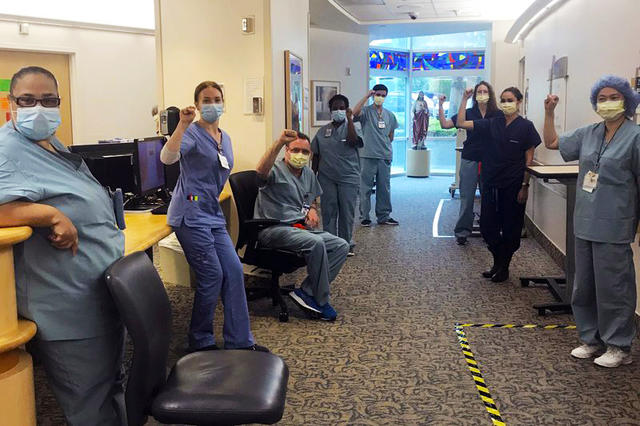 Nurses caring for coronavirus patients at a Santa Monica hospital pleaded with supervisors to be provided N95 respirator masks. Told they weren't necessary, 10 nurses refused to enter the rooms of infected patients without them. So last week the hospital suspended them, the nurses said. A.P. | Santa Monica Daily Press

As of Tuesday, there were 2,789 confirmed cases of the coronavirus among state health care workers. That's about 11 percent of California's total. CDPH.ca.gov

The highest single-day death toll in L.A. County, a surge of infections in Fresno County, and a slowing of them in Riverside County. Here are the latest coronavirus totals, according to tallies by the S.F. Chronicle and N.Y. Times: 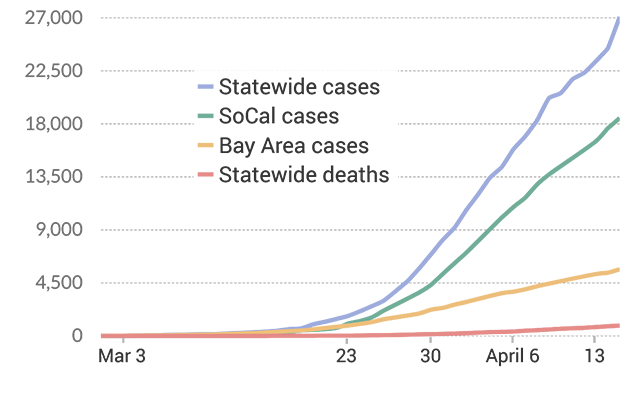 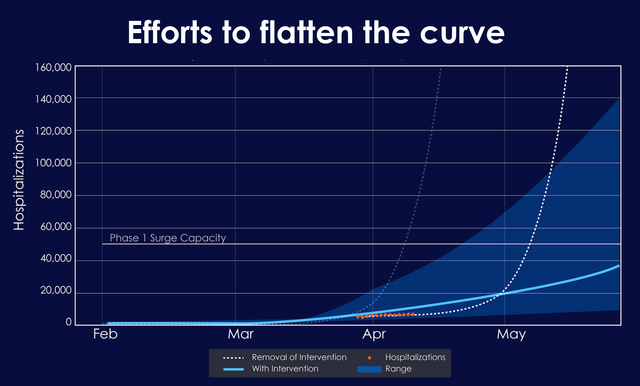 Pictured above is a graph shared by California public health officials. The bright dotted line predicts how hospitalizations would surge at the end of April should we lift current restrictions. That's why any real contemplation of reopening the state isn't expected until at least May. "This is not the end, and it's not even the beginning of the end, but perhaps the end of the beginning," one health official said. L.A. Times

One model predicted 44,500 deaths in the Bay Area. The true number so far: roughly 170. Here's a good analysis of three coronavirus models and what they tell us about when we might emerge from the crisis. The Guardian

That's a reality that Mayor Eric Garcetti is beginning to accept for a city that's home to dozens of concert venues and sports teams from all five major leagues. "It's difficult to imagine us getting together in the thousands anytime soon, so I think we should be prepared for that this year," he said. CNN | L.A. Times 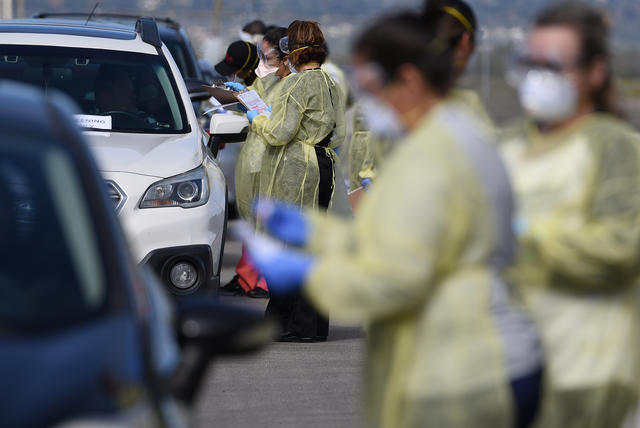 Crucial to reopening is ramping up testing, which has thus far been hampered by supply shortages and long waits for results. The goal is to be able to test tens of thousands of people a day by the end of April. It's a massive logistical problem. But perhaps a taller order, said a professor of immunology: Convincing freedom-loving Americans to show up for testing and agree to self-quarantine if necessary. A.P.

In L.A., all residents with symptoms can now get same-day or next-day coronavirus tests. L.A. Times | NBC Los Angeles

A Navy admiral has indicated he may reinstate Captain Brett Crozier, who was removed from his command of the USS Theodore Roosevelt after he raised an alarm about a coronavirus outbreak. "No final decisions have been made," a spokesman said. Crozier has been embraced as a hero by his crew for putting their lives above his career. N.Y. Times | Times of San Diego 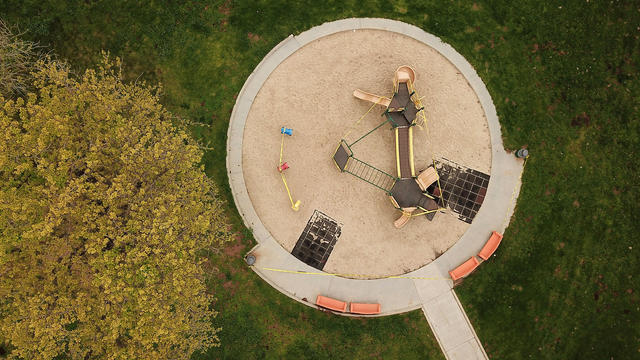 A playground was wrapped in caution tape in Los Angeles on Monday.

Apple unveiled a new iPhone that costs $399 as the pandemic has people rethinking their spending. The iPhone SE represents a 40-percent markdown from the most affordable iPhone 11 unveiled last year. It has the design of an iPhone from 2014 but the same computing power as newer models. (Note the incredibly sad editor's note at the bottom of the A.P. story). A.P. | N.Y. Times

"We overlapped at Google."

We may all be stuck in place, but you can't quarantine nature. Wildflowers of yellow, orange, and purple are now well into their springtime parade across California, having begun along the low-lying coasts and valleys on their way into the mountains by summer. The aerial photographer Mark Holtzman flew his Cessna above the shuttered Antelope Valley California Poppy Reserve last weekend. He shared a few of his images with the California Sun, below. 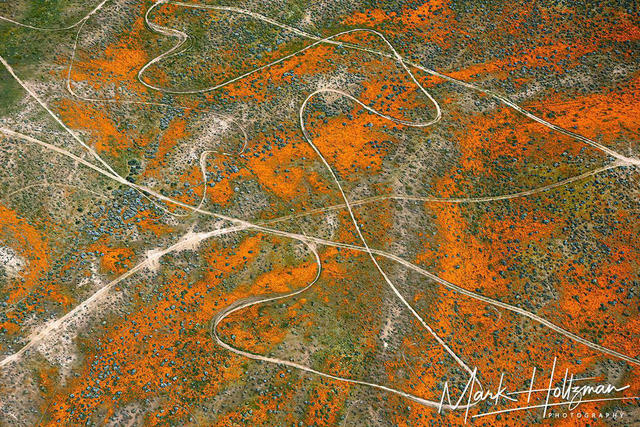 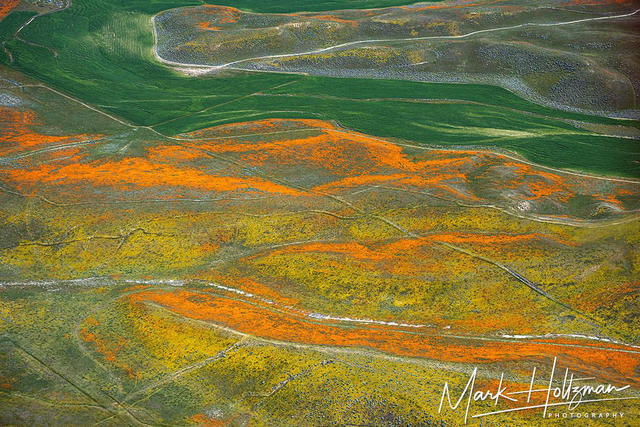 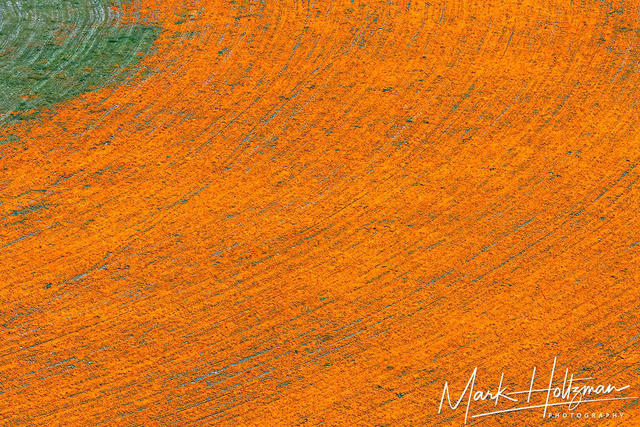 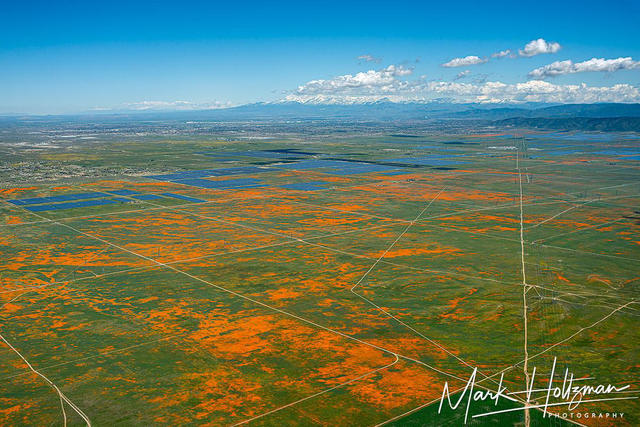 You can't walk through the Antelope Valley poppy fields right now, but you can livestream them from your living room. Curbed Los Angeles | CA.gov