State officials estimated that roughly two out of three Californians would get stimulus checks under legislation signed by Gov. Gavin Newsom on Monday. Under "Golden State Stimulus II," individuals earning between $30,000 to $75,000 a year will get $600; families with kids, regardless of their immigration status, will get an additional $500. Checks are expected to go out in early September. Sacramento Bee | SFGate.com 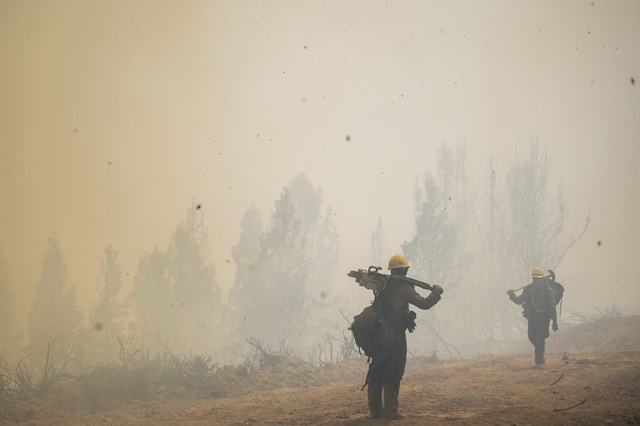 The Dolan Fire along the Big Sur coast killed a number of California condors last September.

California condors suffered their worst year in decades in 2020, as 42 of the majestic vultures died, 34 of them in California, the U.S. Fish and Wildlife Service reported. The deaths, attributed mostly to lead poisoning and wildfire, are a setback for the critically endangered species, whose numbers have rebounded from just 22 in the wild in the early 1980s to 329 at last count. Ventura County Star

Before California lawmakers approved a new contract in June granting prison guards a $5,000 bonus and an 8% raise, the guards’ union made some charitable donations. State senators who lead the Legislature’s Black and Latino caucuses had asked the union to donate to the foundations they run — and it complied. Donations from groups that lobby lawmakers to nonprofits run by lawmakers are commonplace in Sacramento. CalMatters 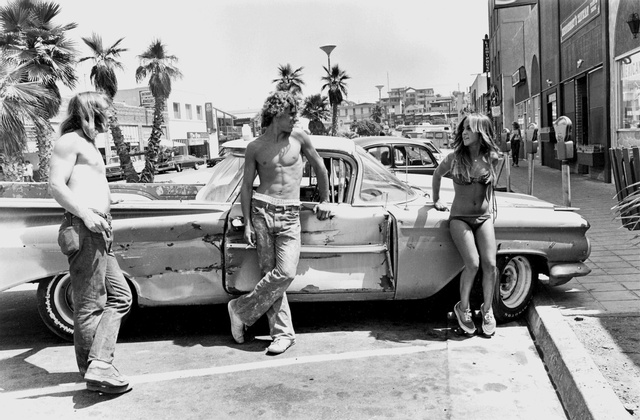 During summers in the 1970s and 1980s, the celebrated street photographer Paul McDonough set off on road trips from his home in New York. His series of pictures from along the Pacific Coast, collected in a new volume titled "Headed West," is exquisitely nostalgic. Huck Magazine | Flashbak

Since 2014, the Sacramento County Sheriff’s Office has collected roughly $5 million a year from inmates for phone calls and items such as toothpaste and shaving cream. It goes into an inmate welfare fund for services including education and re-entry job training. But a Sacramento Bee investigation found that the sheriff’s office has been using the money for everything from new jail equipment to rooms at a Tahoe resort. The practice amounts to profiting off inmates and their families, a former state senator said. 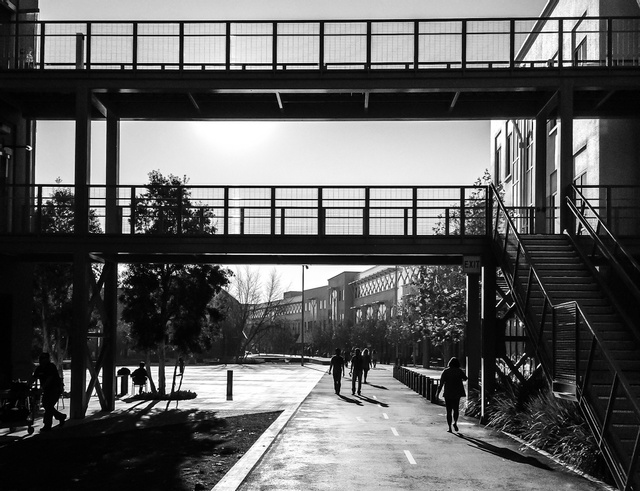 A revelation from the new book "An Ugly Truth: Inside Facebook’s Battle for Domination":

In 2014 and 2015, Facebook fired 52 employees for exploiting their access to user data. "Men who looked up the Facebook profiles of women they were interested in made up the vast majority of engineers who abused their privileges." The Telegraph

A Board of Supervisors meeting in Stanislaus County, a purple county, offered a preview of how parts of California may react to the state ordering all students to mask up in the fall. Parents packed the chamber to protest. One questioned the need for masks when vaccines are widely available; another said masks fog her son's glasses. A 12-year-old said if she can go to a restaurant barefaced, "I should be able to do the same in my classroom." One supervisor urged teachers to put pressure on their unions, which pushed for the mandate. Modesto Bee 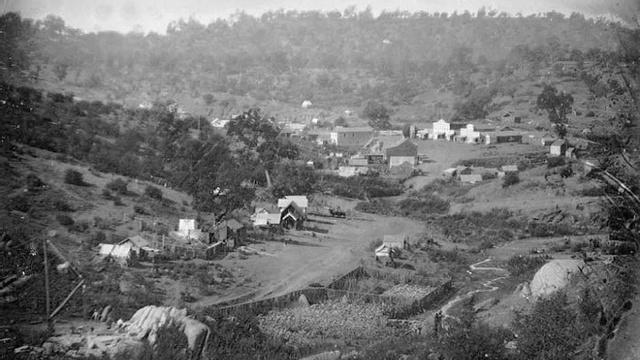 Folsom Lake, down 52 feet from this time last year, is so shriveled that the ruins of a Gold Rush village have been exposed. Mormon Island was a mining town of about 2,500 people, with hotels, saloons, a post office, and a school. When a fire devastated much of the town in 1856, it was largely abandoned, then submerged with the construction of Folsom Dam in 1955. Now visible are building foundations, rusty nails, broken pottery, and other artifacts. KTXL

Unlike most of California's 21 original missions, engulfed over time by cities with their attendant din and light, San Antonio de Padua has remained much like it was in Old California, nestled among oaks at the foot of the Santa Lucia Mountains east of the Big Sur coast. It's also the only mission where you can spend the night. The parish invites guests to stay in converted monks' quarters for $60 a night, but with a stated purpose: rest and contemplation. That means no phones, TVs, or Wifi.

Below, a few views of Mission San Antonio de Padua. 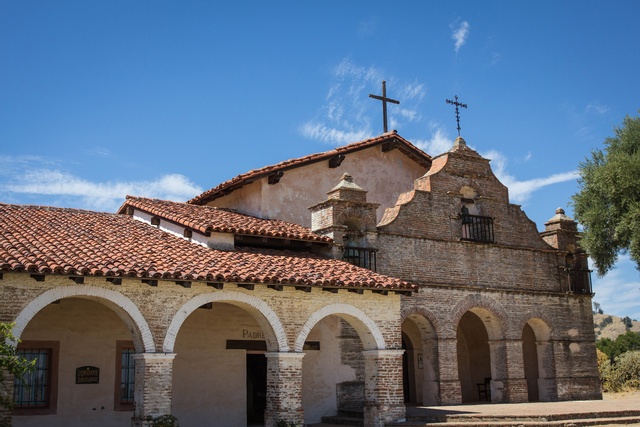 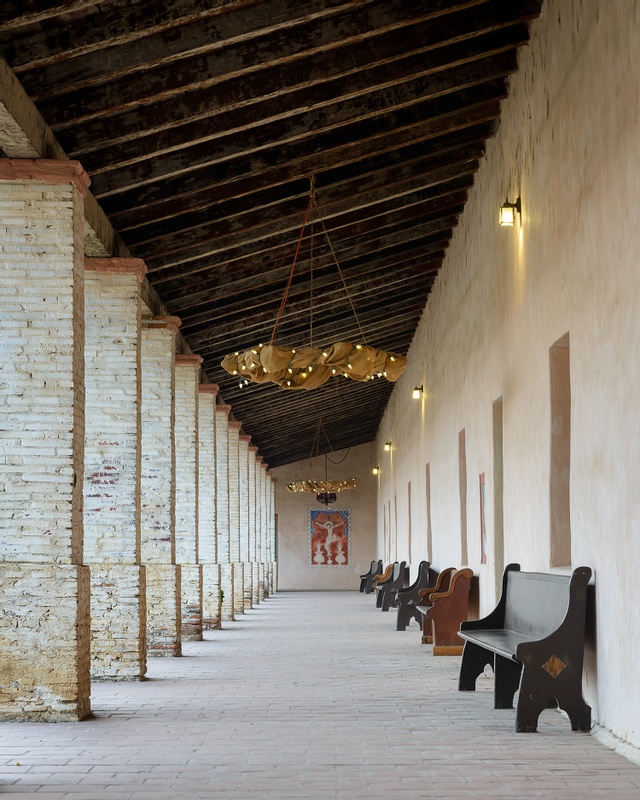 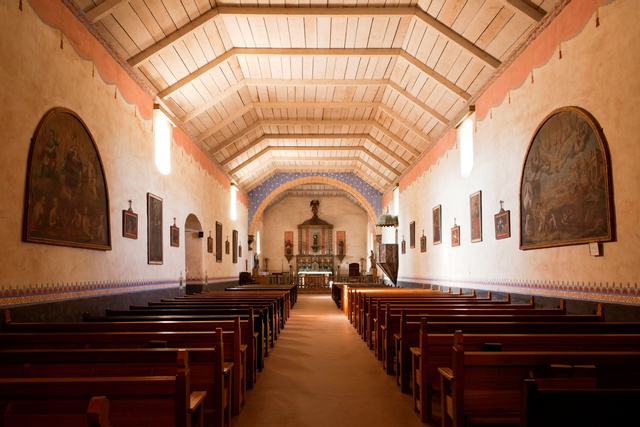 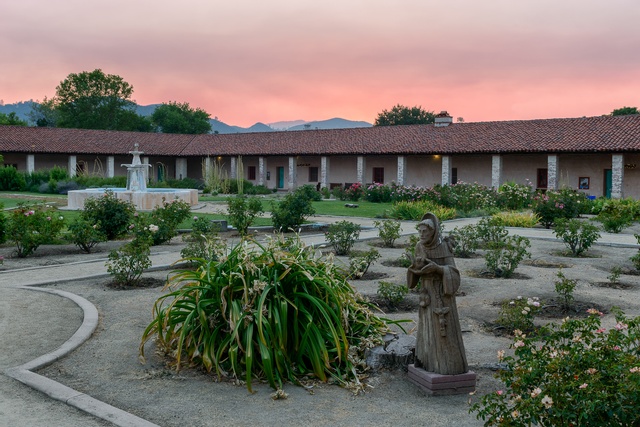 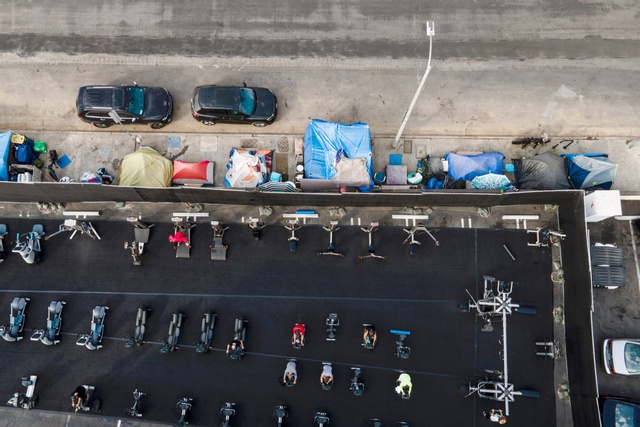 A fence separated the Gold’s Gym parking lot from the makeshift shelters along the sidewalk.

The N.Y. Times Magazine examined the bitter dispute over homelessness in Venice, linking it to the area's transformation from what it was 25 years ago. Back then, you could buy a home in Venice for $300,000. That property would go for nearly $2 million today. "What was once a community with many income levels now has basically two strata: the wealthy and the homeless."

For the fifth straight day, Los Angeles County on Tuesday recorded more than 1,000 new coronavirus cases, part of a surge driven almost entirely by transmission among the unvaccinated. L.A. County Supervisor Sheila Kuehl: “It just strikes me as enormously selfish. We can’t rely on herd immunity if the herd won’t get their shots.” L.A. Times | A.P.

A group in Long Beach is giving out free joints to people who get their shots. Long Beach Post

The power behind the power at Disney is Zenia Mucha, the company’s combative chief communications officer. She has been variously described during her career in politics and at Disney as a “warrior princess,” “razor-sharp and acid-tongued,” “mother crocodile,” and “director of revenge.” The N.Y. Times' Brooks Barnes wrote an entertaining profile of Mucha upon the announcement of her pending retirement.