Scheduling note: The newsletter will pause for Memorial Day. Back in your inbox Tuesday. 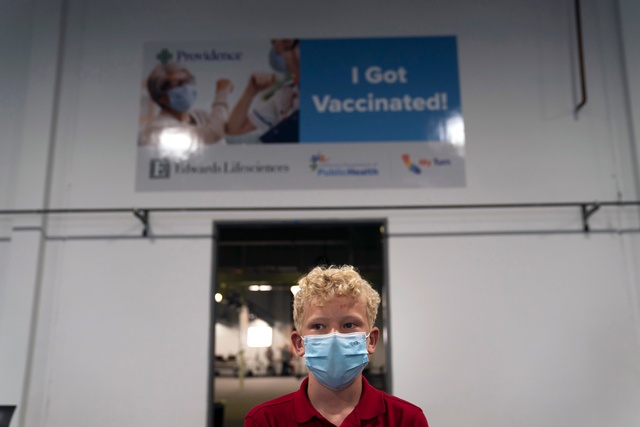 Jeremy Haworth, 12, waited in the observation area after getting his vaccination in Santa Ana on May 13.

With vaccinations slowing, Gov. Gavin Newsom on Thursday announced a lottery that will split $15 million between 10 Californians inoculated against the coronavirus. Another 30 people will get $50,000 each. Everyone who's gotten at least one vaccine dose will be automatically entered in the drawing, which takes place June 15. California's lottery follows the example set by Ohio, where the state's Vax-a-Million contest gives away $1 million and a college scholarship each week. The vaccination rate there jumped by 45% after it was announced. CalMatters | A.P. 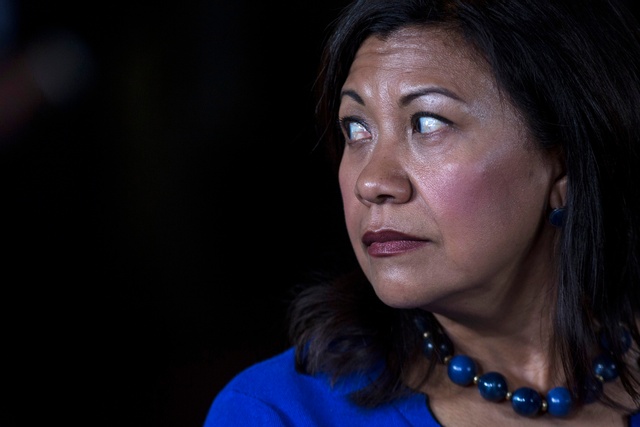 Rep. Norma Torres, of Southern California, is the only member of Congress from Central America. When she was a toddler in war-torn Guatemala, she recalled, her parents held her up to the windshield on perilous roads in hopes that gunmen wouldn't fire into the car. Now 56, Torres is known for her blunt talk on the land of her birth. She’s called the president of Honduras a narco and the president of El Salvador a “narcissistic dictator.” She sleeps with a 9-millimeter pistol nearby. L.A. Times | People 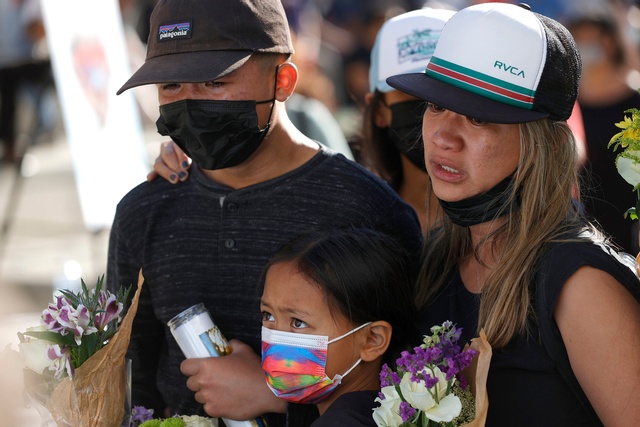 Mourners gathered during a vigil for rail yard shooting victims in San Jose on Thursday.

"A friend to everybody."

Portraits emerged Thursday of the nine men killed killed in a mass shooting at a San Jose rail yard. Ranging in age from 29 to 63, they included a Santa Cruz man who loved to throw parties, a Sikh man who officials said acted heroically to help coworkers escape, and an immigrant from the Philippines who had to set off from home before dawn but called his children every single morning from work. Mercury News | S.F. Chronicle | A.P.

"They will not be forgotten." More than a thousand people gathered for a vigil outside San Jose City Hall Thursday evening. S.F. Chronicle | Mercury News

Authorities said the gunman, 57-year-old Samuel Cassidy, was a "highly disgruntled" worker who appeared to target his victims. Kirk Bertolet, who survived the shooting, told reporters that the Valley Transportation Authority workplace had a blue-collar culture, where "they’ll keep joking with you and they’ll keep hammering you about stuff." Cassidy, he added, stuck out as a loner. "Sam made sure he killed all who he wanted. He made sure they were dead.” A.P. | N.Y. Times | Mercury News 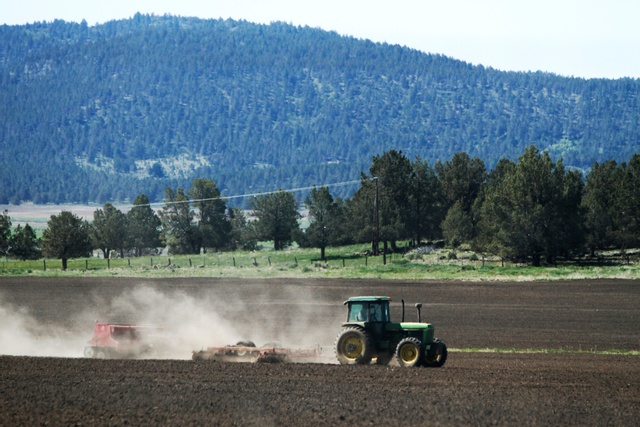 Klamath Basin farmers say water restrictions have made it all but impossible to farm.

Farmers angered over water shutoffs in the drought-crippled Klamath Basin bought land next to the headgates of a federal canal that supplies farmland and set up a protest camp. A sign on the property reads “Ammon Bundy coming soon.” Asked whether activists might storm the gates, Grant Knoll, one of the farmers, was blunt: “We’re at a point where, you know, they’re abusing their power. So how do you stop the federal government when they’re abusing their power?” Sacramento Bee | A.P.

The teenage daughter of the author Michael Lewis and her boyfriend, both recent graduates of Berkeley High, died Tuesday in a car crash near Truckee. A CHP officer said the Ford Fusion being driven by Ross Schultz, 20, with Dixie Lewis, 19, in the passenger seat, crossed the double yellow line on Highway 89 and slammed into a semi truck. “We loved her so much and are in a kind of pain none of us has experienced,” Lewis said in a statement. Berkeleyside | SFGate.com

On this week's California Sun Podcast, host Jeff Schechtman talks with Justin Zhu. The co-founder of the Bay Area marketing startup Iterable was abruptly ousted from his company in April on the grounds, he was told, that he took LSD before an important meeting. Zhu says the real reasons go much deeper than that. 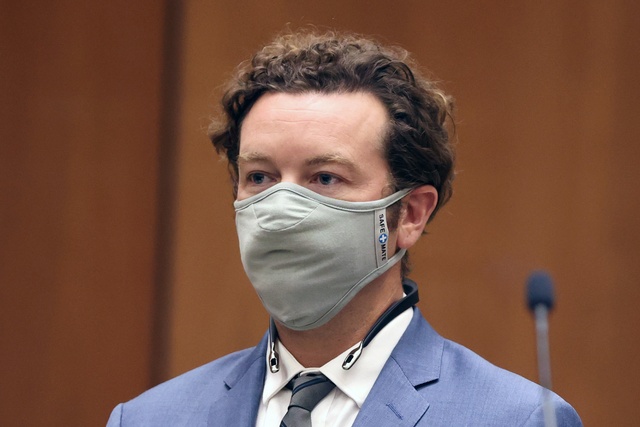 Danny Masterson was ordered to ordered to stand trial on rape charges.

The Church of Scientology's secrets have been spilling out in the rape case against the actor Danny Masterson, a lifelong Scientologist. Three accusers have told the court that church officials pressured them against going to the police. One woman, who said Masterson raped her while unconscious, recounted how a Scientology official instructed her to write a statement saying she would "take responsibility" for the alleged assault. All three women said they remain terrified of the church. Daily Beast | L.A. Times

Two weekends ago, the crime app Citizen got a tip on a suspected arsonist behind a fire in Los Angeles' Pacific Palisades neighborhood. What followed could be a "Black Mirror" episode. Andrew Frame, Citizen's CEO, wanted to catch the man live on air, with thousands of people watching. He plastered a photo of the man on Citizen's live-streaming service, offered a $30,000 bounty, and pushed employees working on the case. "this guy is the devil. get him by midnight!@#! we hate this guy. GET HIM," he told them. Only problem: The man was innocent. Motherboard 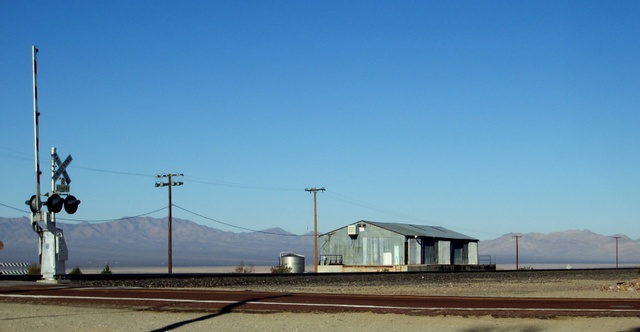 A railway passes through Nipton.

"Schitt’s Creek, but in real life."

In 1985, Roxanne Lang's husband called her at home in Malibu to surprise her with the news that he had bought a dusty town near the Nevada border for $200,000. "My first response was, ‘Promise me we don’t have to live there,'" Lang recalled. She ended up in Nipton for about 30 years. She's been trying to sell it for years — trading post, Burning Man art, and ghost included. Wall Street Journal

Gif created from video by @ryrythecreator.

☝️ This is no longer your father's skimboarding. The art of flying across shallow water on finless planks is said to have been invented by a pair of Laguna Beach lifeguards 100 years ago. Long seen as an alternative to surfing on flat days, skimboarding eventually evolved into a full-fledged discipline. But early riders could scarcely have imagined the skills of today's elite practitioners, who can plane to a wave from impossible distances, ride it for half a minute, and perform skateboard-like tricks along the way. Head down to Newport Beach and you might spot Blair Conklin, the United Skim Tour champion, doing otherworldly stuff like this. 👉 @ryrythecreator 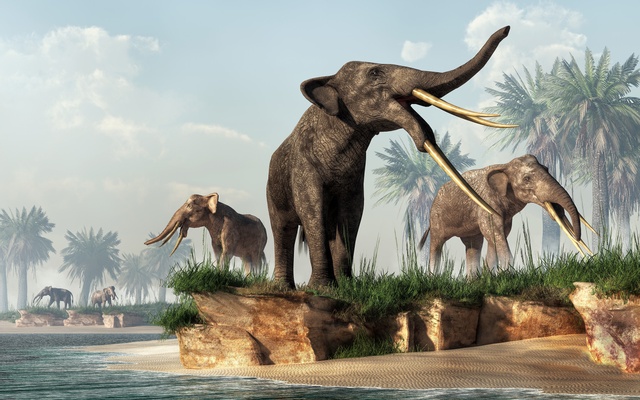 Creatures of the Miocene Epoch.