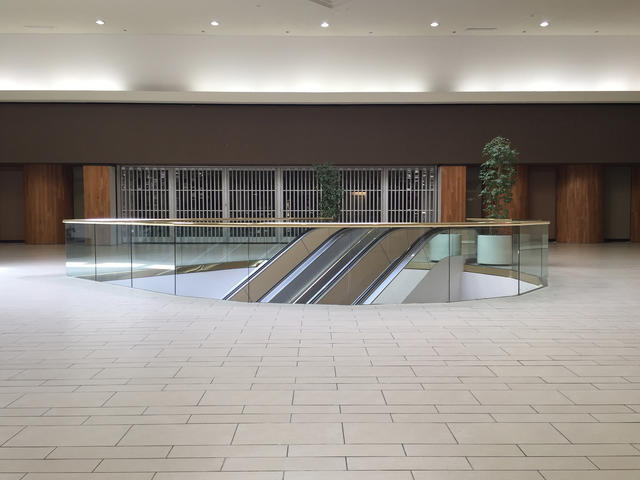 A plan to replace Cupertino's defunct Vallco Mall with apartments has stalled.

Here's a reality check on those pledges from tech giants to help solve California's housing shortage. It costs about $450,000 to build a single unit of subsidized affordable housing in California. That means the $4.5 billion earmarked by Google, Apple, and Facebook would create about 10,000 housing units. California needs 350 times that number — or 3.5 million housing units — by 2025. N.Y. Times

This overview of the housing crisis has fantastic graphics. One tidbit: California ranked No. 7 in housing permits in 1986. By 2018, it was No. 37. Bloomberg

California is on track to miss its climate targets by a century. What went wrong? Despite highly touted declines in emissions from the power sector, transportation emissions have risen steadily since 2013. So have greenhouse gases from landfills, refrigeration, and air conditioning. MIT Technology Review

NASA flew gas detectors over California and found that just a handful of sites are responsible for the bulk of the state's methane emissions. Bloomberg 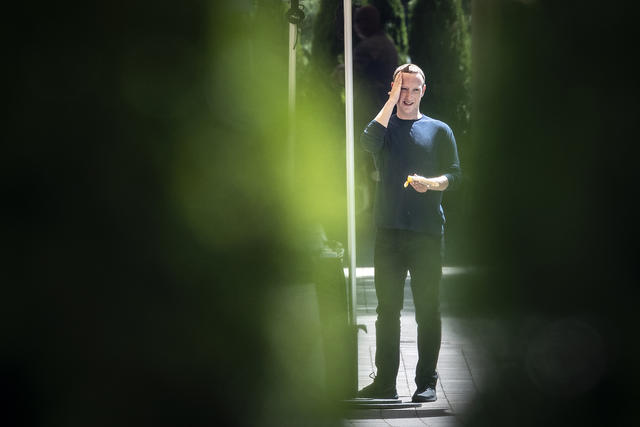 California's attorney general revealed an 18-month investigation into Facebook's privacy practices and said he was suing the social media giant for failing to cooperate. In his lawsuit, Xavier Becerra said Facebook ignored dozens of questions and requests for documents, including email correspondence between Mark Zuckerberg and Sheryl Sandberg. "The responses we have received to date," he said, "are patently inadequate." N.Y. Times | A.P.

California's teen birth rate has hit a record low and is now the 16th lowest among U.S. states. The drop doesn't appear to be linked to liberal abortion policies. California's rate of abortions is falling too. Instead, experts cited comprehensive sex education and guarantees of confidential access to birth control. The states with the highest teen birth rates: Arkansas, Mississippi, and Oklahoma. CALmatters 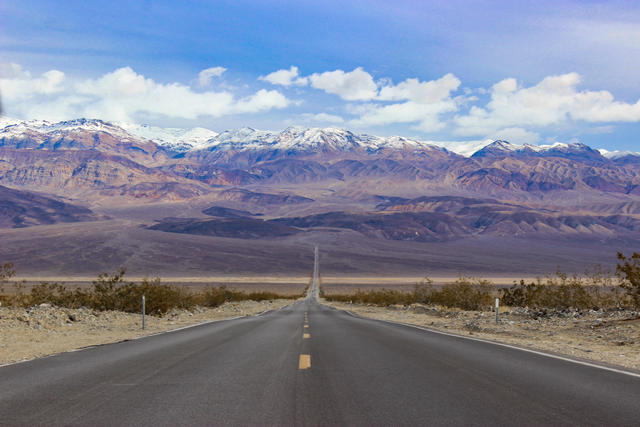 In summer, Death Valley is so hot it makes your eyes hurt, as if a hair dryer were blowing in your face. That's why some say winter is the only sane time to enjoy the vast park's extraordinary geology. A drive through the alien landscape along Highway 190, pictured above, takes you below sea level as you descend into the belly of the park. It was included among six must-do road trips to discover California. S.F. Chronicle

One gem not on the list: Route 395, which this site called California's most underrated road trip. Outbound Collective 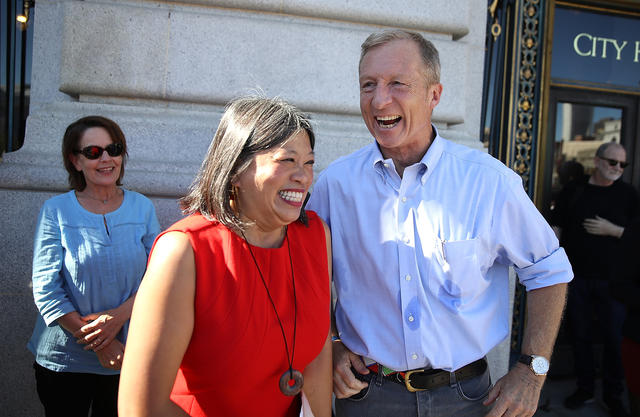 Supervisor Sandra Lee Fewer and billionaire Tom Steyer attended a rally calling for the impeachment of President Trump in San Francisco on Oct. 24, 2017.

A San Francisco supervisor led an election night gathering for district attorney candidate Chesa Boudin in chants of "F— the POA! F— the POA! F— the POA!" Supervisor Sandra Lee Fewer, who raised her middle fingers as she chanted, was referring to the city's largest police union, Police Officers Association. "If Chesa wins," an analyst said, "law enforcement and the district attorney's office are going to be at war. It's going to be a very, very bad scene here for a long time." S.F. Chronicle | S.F. Examiner 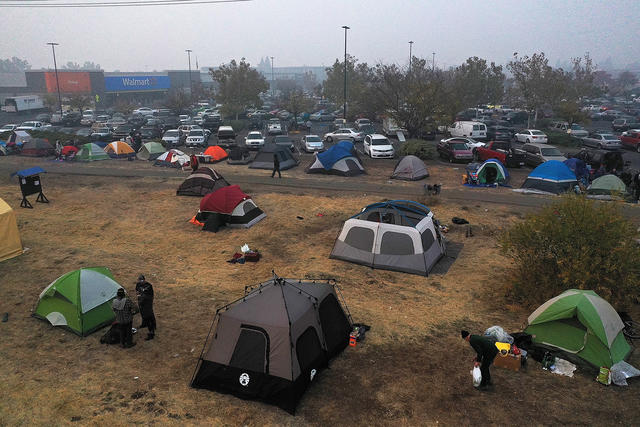 People stayed in tents in Chico after the Camp Fire tore through Paradise last November.

After Paradise was destroyed by a wildfire last year, nearby Chico basically absorbed another city as displaced people filled hotels, slept on friends' couches, and bought up every available home or spare room. They're still there, and officials say the city is strained in myriad ways, from increased traffic to overburdened hospitals. "Our community is completely different than it once was," a local official said, "and it will always be completely different." A.P.

The Sacramento County Sheriff's Office released gut-wrenching surveillance video from an officer-involved shooting last month. It starts with a man fighting with his girlfriend. "You got the police called on me," he says at one point. Then he shoots the woman and meets a hail of deputies' gunfire. Both were pronounced dead at the scene. Sacramento Bee | KCRA 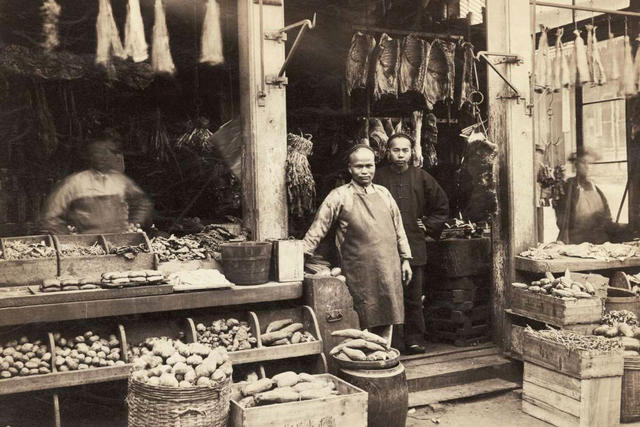 A Chinese butcher and grocery store in San Francisco, circa 1885.

San Francisco's Chinatown, the oldest in North America, would be unrecognizable to the immigrants who arrived there in the mid-1800s. After the neighborhood burned to the ground in 1906, it was resurrected as a tourist destination with Edwardian architecture, Pagoda-style flourishes, and narrow alleys. The S.F. Chronicle dug up some fascinating images that captured what life looked like in the first Chinatown. S.F. Chronicle

An 1885 map of Chinatown was color-coded to indicate the vice on offer: gambling dens in pink, opium dens in yellow, and brothels either blue or green depending on the ethnicity of the prostitutes. The map was part of a racist ploy by city officials to push the immigrants out of town. WIRED 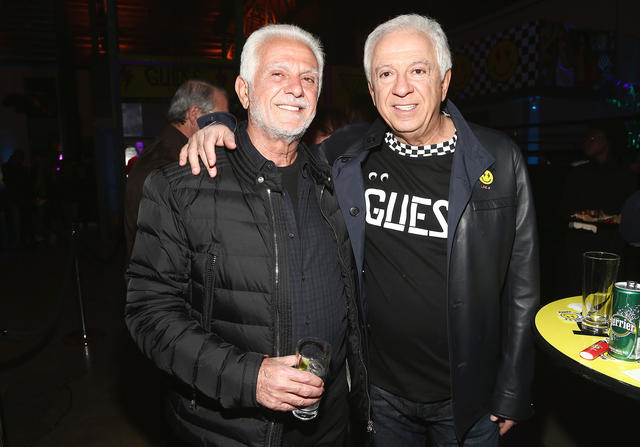 Days after its visitors services associates announced a union drive, a Los Angeles art museum fired every one of them. The Marciano Art Foundation — founded by the co-owners of Guess Jeans — delivered the news in a tersely worded email that cited low museum attendance. “This is illegal," a fired employee said. The National Labor Relations Board is investigating. Hollywood Reporter | L.A. Magazine

One morning last July, 800 Marines stood in formation at Camp Pendleton. Fifteen of the men were ordered to stand in a line in front of the battalion "to be recognized." Then someone said, "NCIS, arrest these Marines." The group was handcuffed, paraded one-by-one in front of their peers, and later charged with human smuggling. Now lawyers for the defendants say the theatrical arrests amounted to unlawful command influence, tainting their rights to a fair trial. "This was completely unnecessary and all for show," an attorney said. S.D. Union-Tribune | KGTV

An anti-poverty nonprofit in Los Angeles accused its former head of swindling the organization out of $1.7 million to pay for private tutoring for his children, "lavish" dining and entertainment, partisan political donations, and other unauthorized expenses. The allegations came two weeks after the group closed its doors, eliminating hundreds of jobs and upending services for the poor. L.A. Times | L.A. Daily News 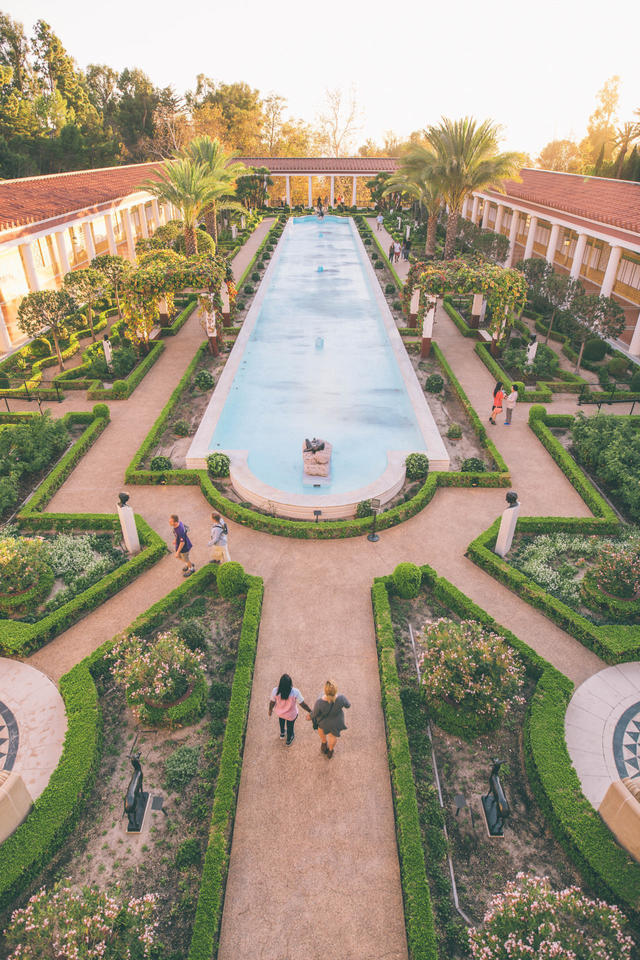 Here's the Getty Villa, a Los Angeles must-see. In the 1970s, when the faux-Roman museum was built by an oil magnate on a bluff overlooking the Pacific, it was derided by some aesthetes as vulgar. But the public liked it. Admitted free of charge, visitors float between indoor galleries and outdoor courtyards. "It may be the only museum in the world where you need sunglasses," the Washington Post once wrote. Timeout