At a San Jose hospital, an employee showed up in an “air-powered" costume to spread cheer on Christmas Day. Within days, 44 hospital workers, including the costume-wearer, tested positive for the coronavirus. One person died. An infectious diseases expert said the outbreak was a cautionary tale of how easily people let their guard down: “We’re so starved of joy — you see something like that and you kind of forget you’re in Covid time, even in the emergency department.” S.F. Chronicle | NBC Bay Area 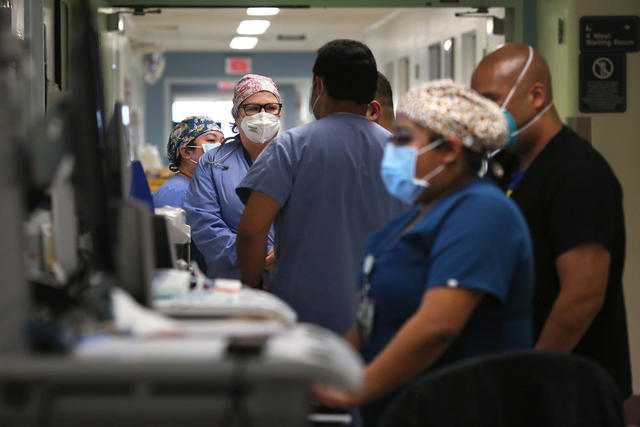 Los Angeles County, already swamped by coronavirus cases, is now being hit with a post-Christmas surge. As of Saturday, the daily average of new infections was more than 16,000. That's about 12 times what it was in early November. Experts predicted hospitals would reach peak crisis by the end of January, followed by a spike in deaths by mid-February. L.A. Times | N.Y. Times

Hospitals have been overwhelmed not only by the volume of coronavirus cases, doctors say, but also the intensity of patients' illnesses. Dr. Nick Kwan spent New Year's Eve with a patient at Alhambra Hospital who went into cardiac or respiratory arrest five separate times. "It's mentally, physically, and emotionally draining," he said. “This is a full-on Category 10. ... It’s literally World War III." L.A. Times 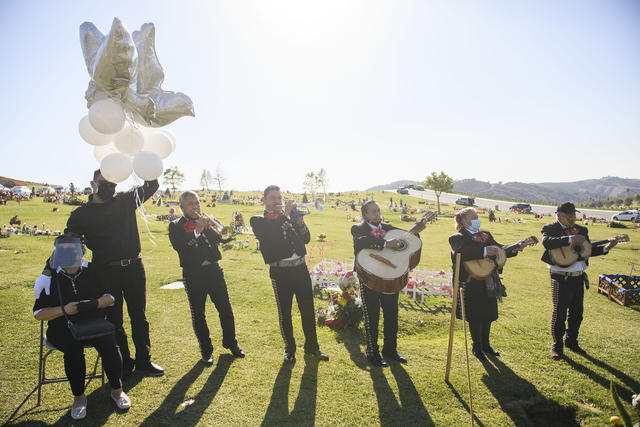 A service was held for Gilberto Arreguin Camacho, who died from Covid-19, in Whittier on New Year's Eve.

Southern California funeral homes have become so inundated with bodies that some are turning away grieving families. “I’ve been in the funeral industry for 40 years and never in my life did I think that this could happen, that I’d have to tell a family, ‘No, we can’t take your family member,’” said Magda Maldonado, the owner of Continental Funeral Home in Los Angeles. A.P. 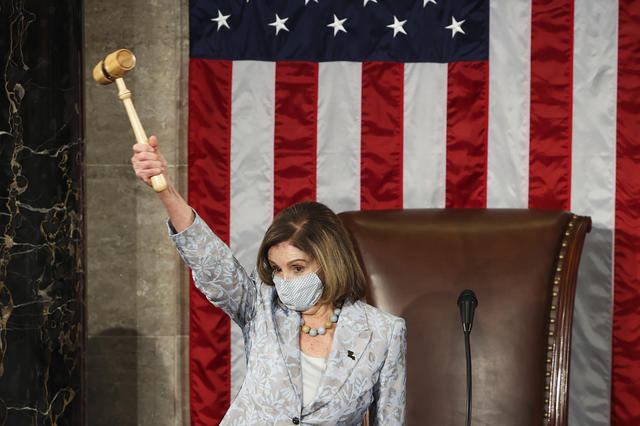 Speaker Nancy Pelosi during the first session of the 117th Congress on Sunday.

Pelosi was reelected as speaker of the House on Sunday — but just barely. The San Francisco Democrat got 216 votes, narrowly beating the 209 votes for Rep. Kevin McCarthy, who will serve as minority leader. Five Democrats broke ranks to support someone other than Pelosi, who must now shepherd President-elect Joseph R. Biden Jr.’s agenda through Congress with the slimmest majority either party has faced in two decades. N.Y. Times | Politico

Rep. Devin Nunes is expected to join the ranks of Presidential Medal of Freedom recipients on Monday as President Trump bestows the nation's highest civilian honor on the Tulare Republican. Officials said Trump wanted to reward Nunes for personally defending him during the impeachment hearings. N.Y. Times | Washington Post

Former San Diego Mayor Kevin Faulconer, a likely Republican challenger to Gov. Gavin Newsom, announced Saturday that he was joining a statewide effort to recall the governor. "Jobs are leaving," he wrote, "homelessness is skyrocketing, and the state can't even issue unemployment checks to people struggling right now to get by. California is better than this." L.A. Times | City News Service 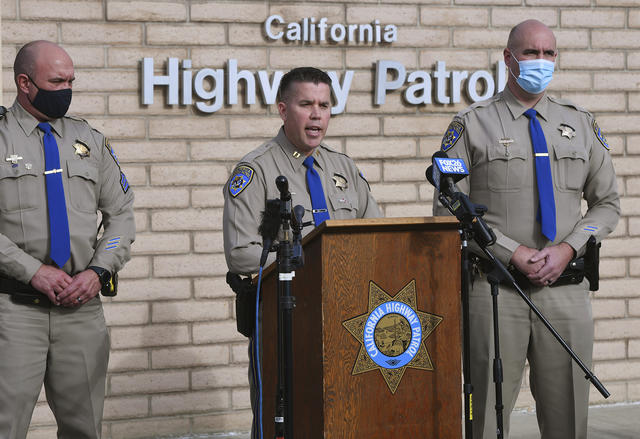 A head-on collision between two vehicles in Fresno County left seven children and two adults dead late Friday. Officials said evidence suggested that the male driver of a Dodge Journey SUV veered onto the dirt shoulder of rural Highway 33, overcorrected, then crashed into an oncoming Ford F-150 truck, which was occupied by the children, between ages 6 and 15, and a female driver. Fresno Bee | A.P.

A K-9 was removed from the home of a Vacaville police officer after the handler was captured on video punching the animal in the face. Police officials defended the incident, saying it happened during training after the dog became aggressive. Animal rights groups described the beating as animal abuse. An investigation is ongoing. KGO | SFGate.com 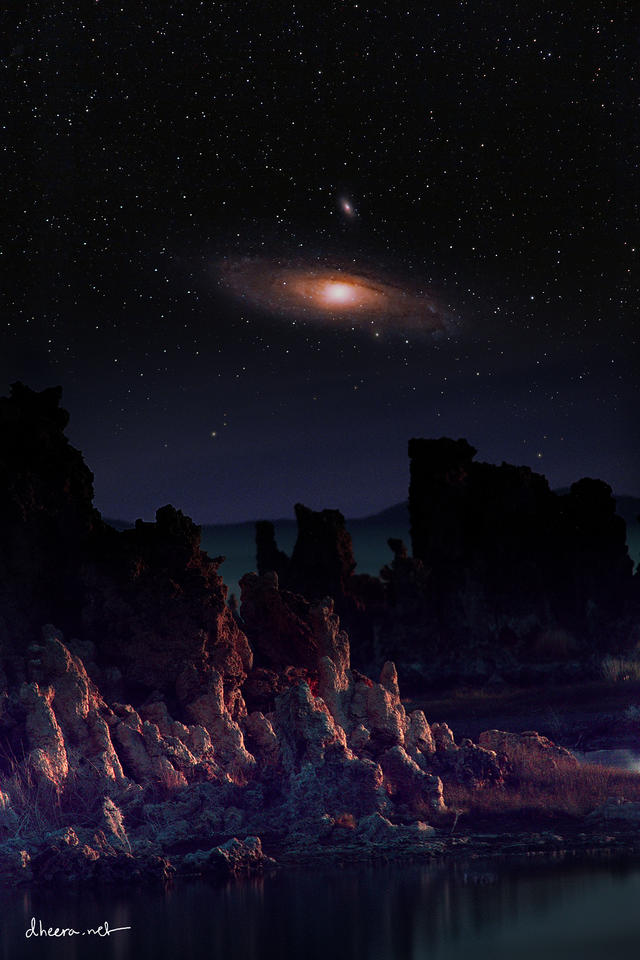 ☝️ This is an actual photo of the Andromeda Galaxy over Mono Lake in the Eastern Sierra.

It was captured by Dheera Venkatraman, a Bay Area photographer who has made a hobby of enhancing deep sky objects over familiar landscapes in California. To draw out celestial bodies, he blends numerous long-exposure shots into a single image, staying true to perspective and visual size. "If we had better eyes," Venkatraman wrote, "this is exactly what we would see.

See a few more of his images below, and more at his Flickr page. 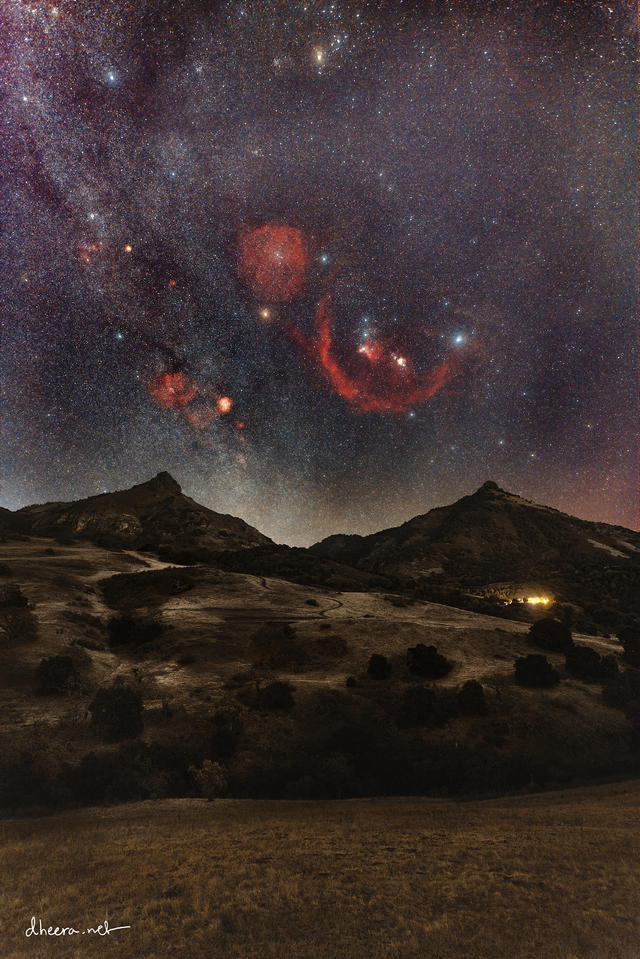 Orion rising above peaks near the Bay Area. 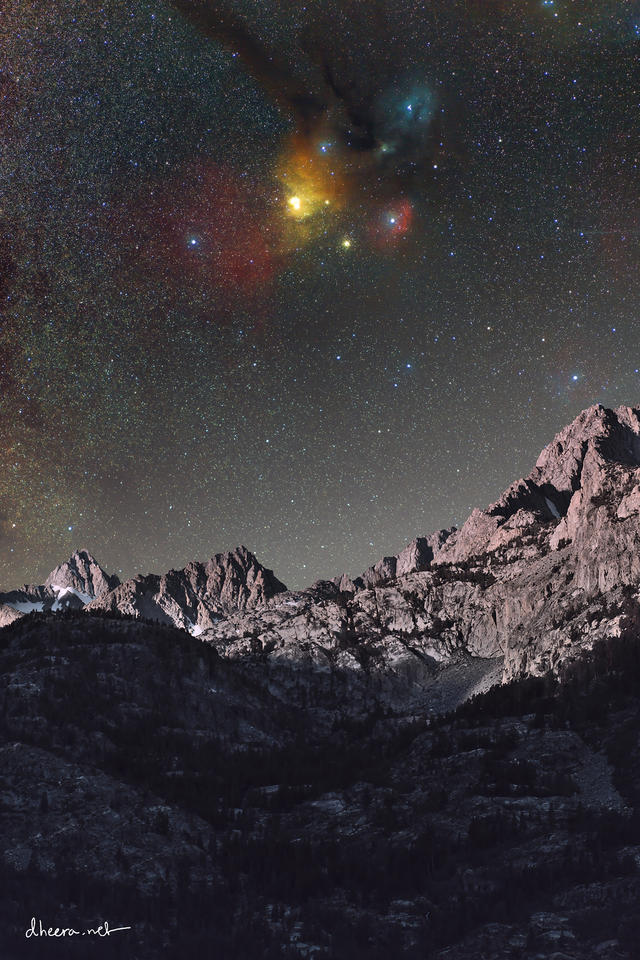 The Rho Ophiuchi cloud complex seen above peaks near Lake Sabrina in the Eastern Sierra. 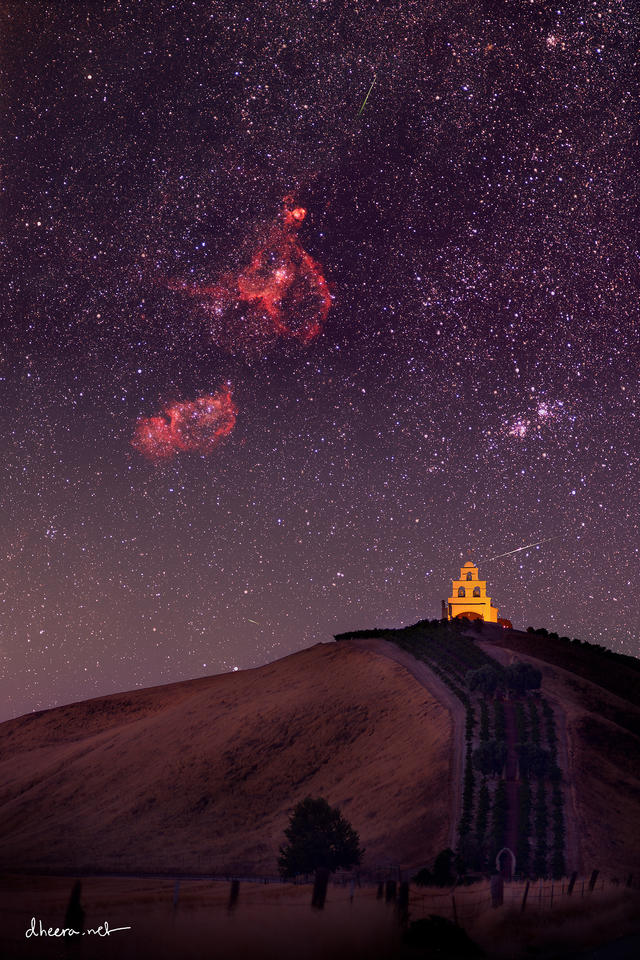 The Heart Nebula, Soul Nebula, and Double Cluster above a chapel in central California.

… Stuart Palley, a photographer based in Southern California who has been documenting the state’s wildfires since 2012. His “Terra Flamma” project aims to capture “the most acute effect of drought, climate change, and human sprawl in California and beyond.”

A. The Salton Sea — it’s indicative of California’s environmental challenges and water use in the state. California is nothing without water, and the austere beauty of the area and it being on the Pacific Flyway are great for birders and outdoor enthusiasts alike. It’s also within day-trip range of Palm Springs. It’s both a warning to the future and a cautionary tale. I photographed my master’s project there for grad school and it has a siren’s song that keeps me coming back.

Furiwa To Go — a Dim Sum place located in a corporate office plaza in Irvine that crushes the competition. I found them on Postmates and they can hang with the best.

I’m assuming this is post-Covid when people get vaccinated, but Richard Nixon, Ishi of the Yahi tribe, and Huell Howser. I’d start the evening by asking Huell to interview Ishi and Nixon, and interject with my own commentary. Wine would be flowing to make the conversation more lively. Probably a vintage from Napa County with a smoky flavor harvested during the September 2020 Glass Fire. Nixon gets invited because I loathe the man, but he was also a crafty politician and a Machiavelli of his day. We are also both from OC. Ishi because he represents the last known Indigenous person to live outside of “American” culture. It’s also a reminder that all of us, unless we are Indigenous, live on stolen land, and that the legacy of California remains far beyond Spanish settlement. I’d also like to learn about traditional wildfire management practices from Ishi. Huell gets an invite because he knows everything about California. I know he and I would’ve been friends if he was still alive. I harbor a vague dream of resurrecting his TV show one day. 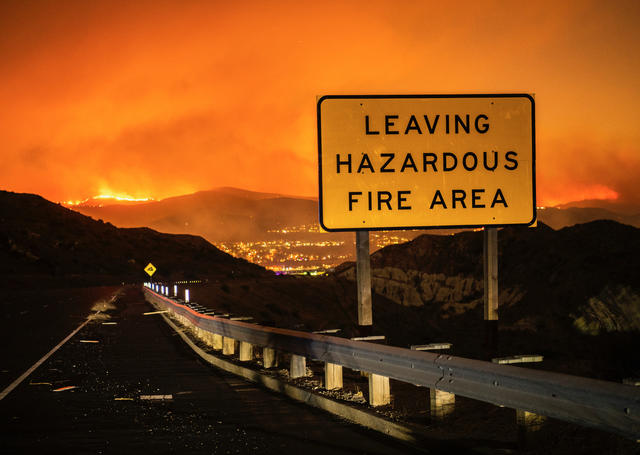 The Blue Ridge fire in Yorba Linda on Oct. 26.

You've spent a lot of time documenting the wildfires. What has been the hardest part of this, and what aspect of it has been rewarding?

The hardest part is to see how predictable the effects of climate change are on wildfires, and the lack of federal response so far to decisive climate action. As a result, residents, ecosystems, and businesses suffer. While our state leadership works towards making California a leader in energy policy, we can do more. Both the state and federal government need to better fund fuel-management programs and prescribed burns, and take better care of our firefighters. The most rewarding part is to bear witness to these events, and it’s an honor to share the story of firefighters. The media access we also have in California is unique, and seeing the power and fury of wildfire up close — the good, bad, and ugly — is humbling.

What makes someone a Californian?

This answer is as diverse as California itself. No one thing makes someone a Californian. From the Sonoran desert at the U.S.-Mexico border to the towering trees in the Shasta Trinity National Forest, we’re all united by a dream of following our pursuits and carving out a place to call our own. To me being a Californian is a desire to create, to grow, to leave the world a better place. Maybe that's tech innovation, creating a spiritual retreat, or working for social justice and human rights. Perhaps it's protecting our air and water, or simply being the person who works hard every day maintaining our roads or keeping our communities safe in a state of nearly 40 million people. And on the weekends we all enjoy the sun, snow, surf, and desert. If you want variety, you can hit all four in the same day.