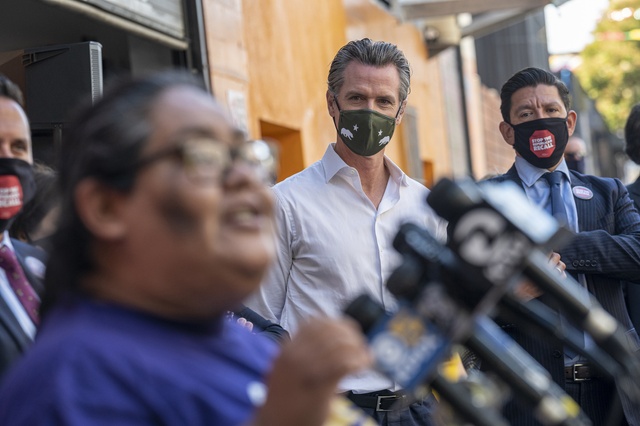 In 2018, exit polls showed Gavin Newsom with support from roughly two-thirds of all Latinos. Now, polling suggests they are evenly split on the recall. In interviews with California Latinos, some complained about widening inequality. Others said they felt taken for granted by Democrats. “It’s as if doing no harm to Latinos has become enough for a lot of Democratic politicians,” said Lorena Gonzalez, an assemblywoman from a heavily Latino area of San Diego. N.Y. Times

Amazon nearly doubled its annual profit last year to $21 billion. But critics say the retailer's success has come at a heavy cost to workers who are pushed to physical extremes. California is now poised to pass a trailblazing measure that would rein in Amazon's grueling production quotas. During a meeting with the bill's author in May, a company official expressed concern that some employees would abuse more generous bathroom time. N.Y. Times

In 1903, Chiura Obata, then 17, left Japan for San Francisco to pursue a career as a painter. He met acclaim but also racial animus, as Japanese immigrants were denied entry to restaurants, barred from owning land, and forced behind barbed wire after the bombing of Pearl Harbor. Obata's disappointment with the human world could help explain where he found his passion: in California's natural world. After a trip to Yosemite in 1927, Obata called the experience the "greatest harvest" of his career, resulting in more than 100 new works that helped establish him as a major figure of 20th-century American art.

In Obata's telling, the vistas of the high Sierra offered more than mere beauty: they were nourishment for the soul. During a lecture in 1965, he adopted the voice of a wind-whipped giant sequoia in one of his paintings: “Hear me, you poor man. I’ve stood here more than three thousand and seven hundred years in rain, snow, storm, and even mountain fire, still keeping my thankful attitude strongly with nature. Do not cry, do not spend your time and energy worrying. You have children following. Keep up your unity; come with me.” Smithsonian magazine | Brainpickings 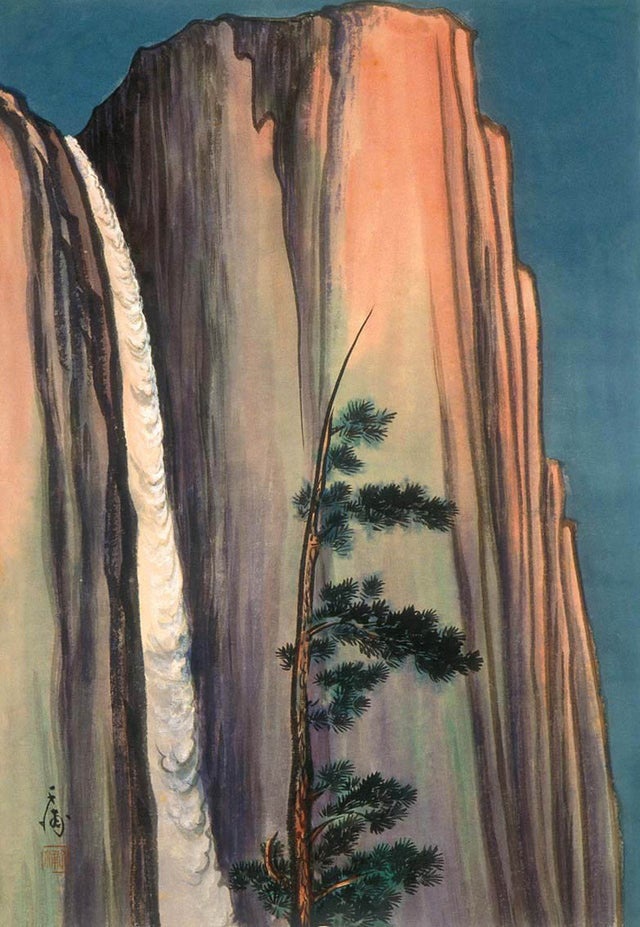 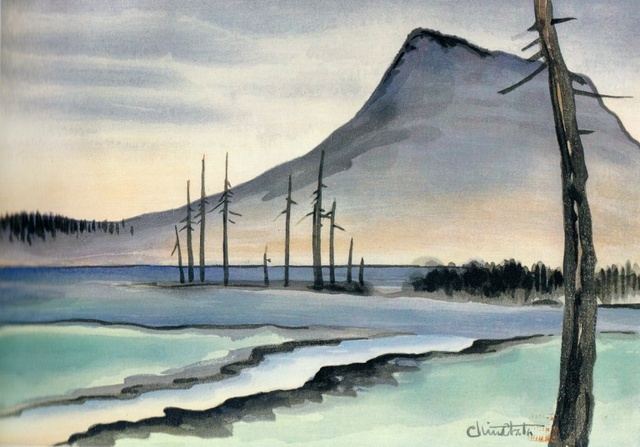 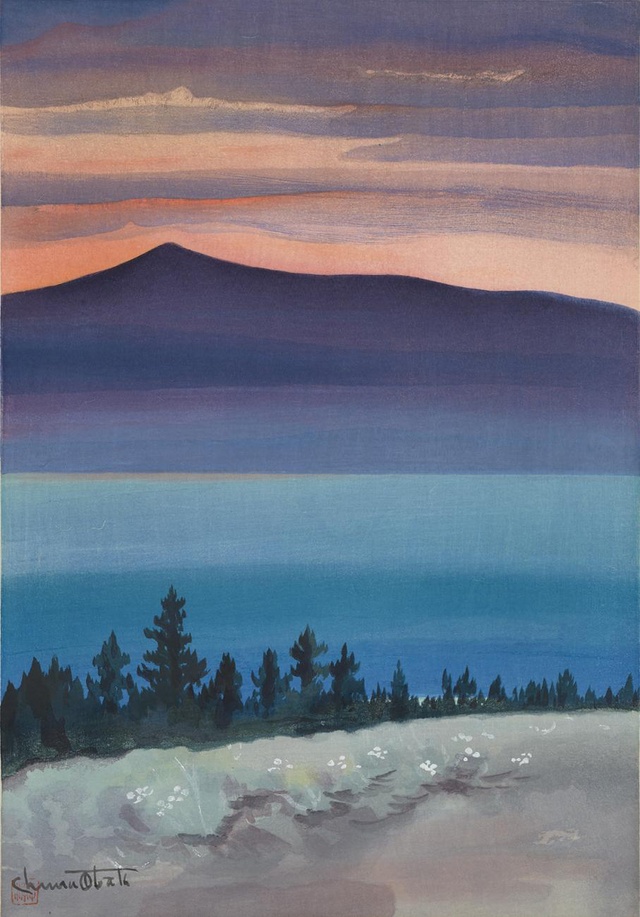 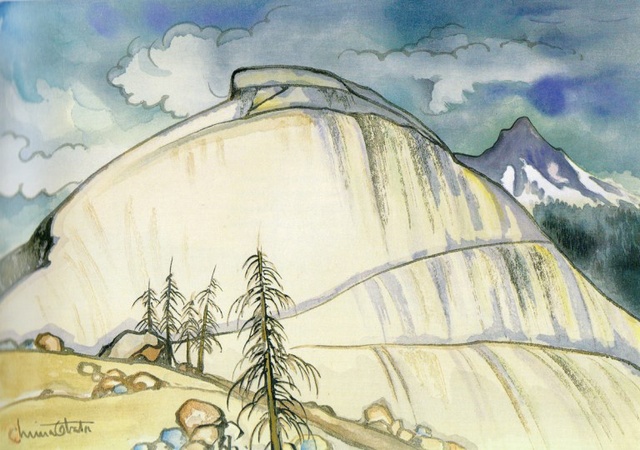 In the span of two hours late Monday, 15 fires broke out on the outskirts of the Wine Country town of Healdsburg. A battalion of firefighters quickly doused the blazes, leaving investigators to figure out what happened. Arson seemed likely, but Cal Fire wasn't ready to say so publicly. “Other than lightning, pretty much all fires are human-caused,” noted Battalion Chief Marshall Turbeville. “We look at everything that happened and follow the scientific process.” S.F. Chronicle | Press Democrat 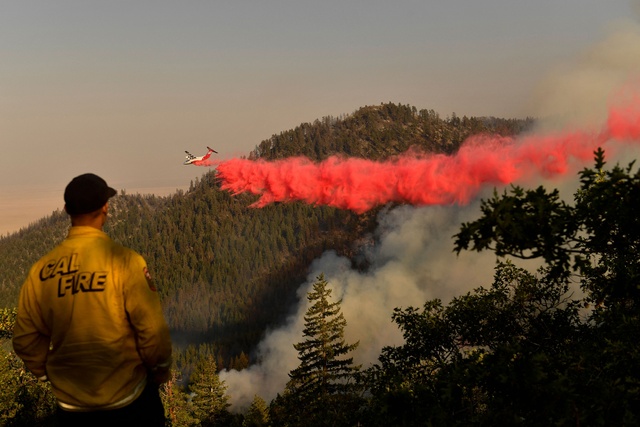 An air tanker dropped fire retardant on the Dixie fire near Janesville on Aug. 18.

The Dixie fire, sprawled across five counties in Northern California, is close to becoming the largest wildfire in California history. The current record holder, last year's August Complex fire, burned 1,614 square miles. As of Tuesday, the Dixie fire had covered roughly 1,436 square miles and was 59% contained. That's roughly equivalent to the land area of Los Angeles, three times over. CNN 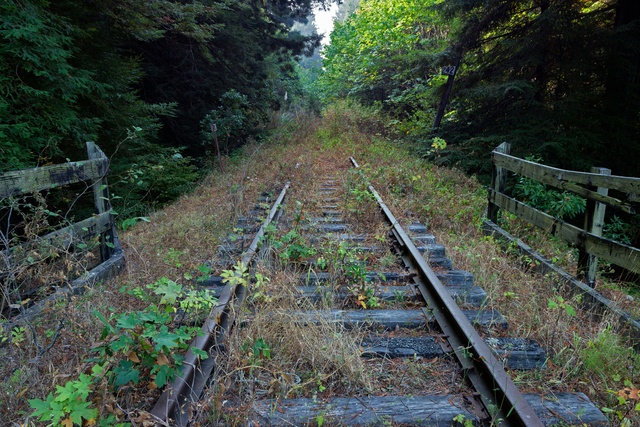 A shadowy group believed to include coal companies is trying to restore an old railway in Humboldt County to move coal from Montana to Asian markets via a port on the North Coast. Local lawmakers and environmentalists are up in arms about the project. Ryan Burns, the reporter who broke the story, got what some in the business might call the money quote: "Fuck coal trains,” said Tom Wheeler, an environmental leader. “We are going to fight this with everything we’ve got.” Lost Coast Outpost | Eureka Times-Standard

San Francisco is slowing down a proposal to turn a tourist hotel into housing for more than 100 homeless people, after droves of neighbors complained. Richard Hashimoto, president of the Japantown Merchants Association, expressed the essence of the NIMBY position with rare precision. “We support supportive housing,” he explained. “But just not in this neighborhood.” S.F. Chronicle

Burning Man, the San Francisco-born art bacchanalia, was canceled for a second straight time this year. But that didn't stop roughly 20,000 renegade burners from gathering in Nevada's Black Rock Desert over the weekend. Aside from a parasailing accident and a few arrests, reports suggest it was not a disaster. Some heralded it as a return to the event's anarchic roots. "I hope they cancel Burning Man again next year," became a refrain on the playa, one attendee said. SFist | Broke-Ass Stuart 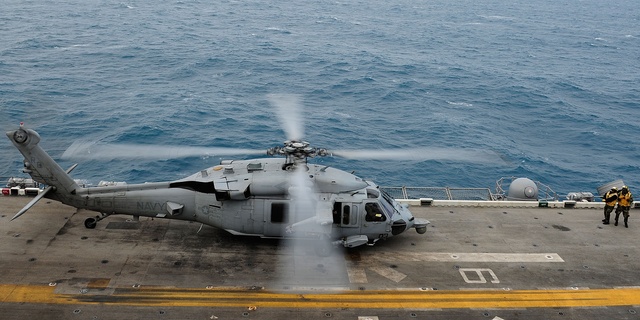 A MH-60S Sea Hawk helicopter landed on the deck of the USS Bonhomme Richard in 2013.

The Navy disclosed new details on the cause of a deadly helicopter crash off San Diego on Aug. 31. The MH-60S Seahawk helicopter experienced "side-to-side vibrations” as it touched down aboard an aircraft carrier, a report said, causing a rotor to strike the deck and send the aircraft toppling over the side of the ship. Navy Times | S.D. Union-Tribune

Five sailors were declared dead Saturday after several days of searching. They were:

In 2019, a popular Bakersfield priest was accused of sexually abusing a minor. Over time, the list of alleged victims grew to seven. Monsignor Craig Harrison announced his resignation from the Catholic Church in February while proclaiming his innocence. His diocese remained mostly silent. But on Sunday, Bishop Joseph Brennan spoke out in a letter to Harrison's former parishioners. The diocese reviewed the accusations of abuse, Brennan said, "and found them to be credible." Fresno Bee | KFSN

San Francisco is famous for its harrowing hills, but California's steepest street, by many accounts, is in Los Angeles. Eldred Street rises at a stomach-churning 33% grade up a slope of the Mount Washington hills. In commonly cited rankings of the nation's steepest streets, four in Los Angeles make the top 10, all of them steeper than any in San Francisco. To manage Eldred Street, a dead end, garbage collectors are said to use specialized trucks that back up the road, then inch down to avoid having to turn around. Group mailboxes at the bottom of the hill spare letter carriers from going door to door. Here's a group of bikers grinding their way to the top. 👉 YouTube (~3 mins)

How did such steep streets get built? In the old days, developers thumbed their noses at topography, following surveyors' gridlines where they led. KCET