Scheduling note: The newsletter will pause until the New Year, returning to your inbox Monday, Jan. 3. Wishing you a happy and healthy holiday season. 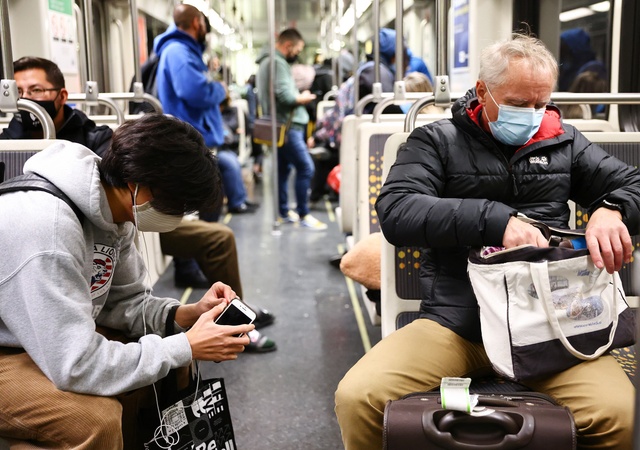 The Omicron variant accounted for 73% of new infections in the United States last week, the CDC reported on Monday — a nearly six-fold leap from 13% the prior week. It was unclear how fast the strain was spreading in California, but medical experts were alarmed. “I think this is fair to say: This is explosive,” said Dr. John Swartzberg, an infectious disease specialist. "It’s hard to imagine” that Omicron won't follow a trajectory in California similar to that of the nation, he added. Mercury News

California's independent redistricting panel on Monday approved new congressional and legislative maps that ensure Democrats will retain supermajorities in the Legislature and their majority in the state's congressional delegation. While California is losing one overall House seat, the districts map suggested Democrats may pick up seats anyway, said Paul Mitchell, a political data analyst. "Republicans have 11 current members — in these maps they should only be sending nine back to Congress in 2022,” he said. Politico 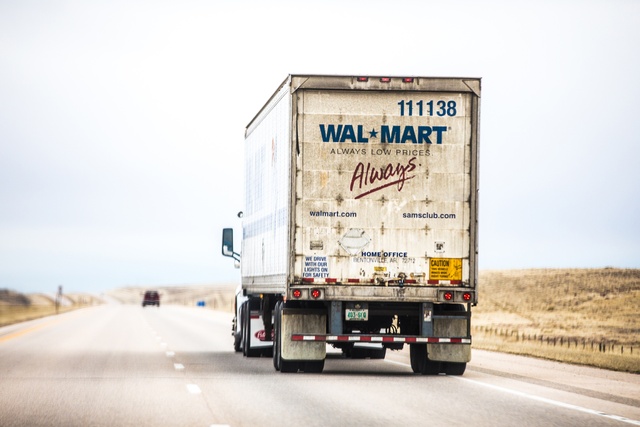 Walmart is the largest company in the world by revenue.

In a lawsuit filed Monday, California prosecutors accused Walmart of illegally dumping 80 tons of hazardous waste in the state's landfills over the last five years, threatening the water supply. The materials, they said, included lithium batteries, insecticide, aerosol cans, electronic waste, and latex paints. “We are not talking about a few batteries and a can of insect killer here,” California Attorney General Rob Bonta said. Walmart vowed to fight the litigation, saying it was being held to an unreasonable standard. Bloomberg | A.P. 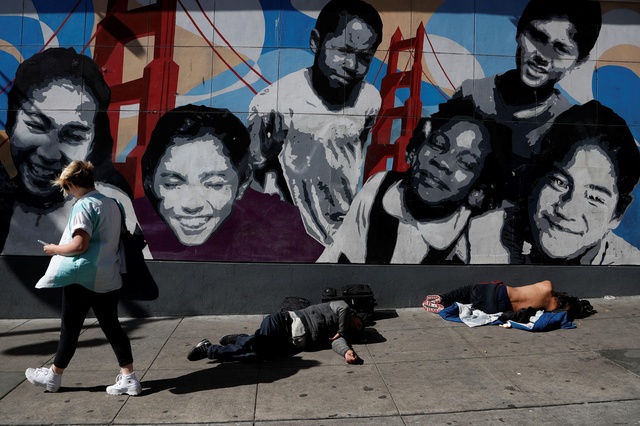 People passed out in the Tenderloin.

In recent days, several Democratic mayors in California have embraced tough-on-crime messages, but none more forcefully than San Francisco's London Breed. In a break from her city's liberal conventions, she called last week for increased policing to put an end to “all the bullshit that has destroyed our city.” A sampling of reactions:

On Nov. 11, panicked staff members at a care facility in San Bernardino County performed chest compressions on a patient in cardiac arrest. They needed help. But two paramedics standing at the building entrance refused to enter, saying it was against state coronavirus rules, a police report said. One of them told a responding police officer that if they didn't like the policy, they “should call their congressman.” The patient's bed was eventually pushed out the front door to the paramedics, who brought him to a hospital. The man, 56, died. Washington Post | San Bernardino Sun

"They are not going to come in." The incident was captured on a police body camera. KTTV 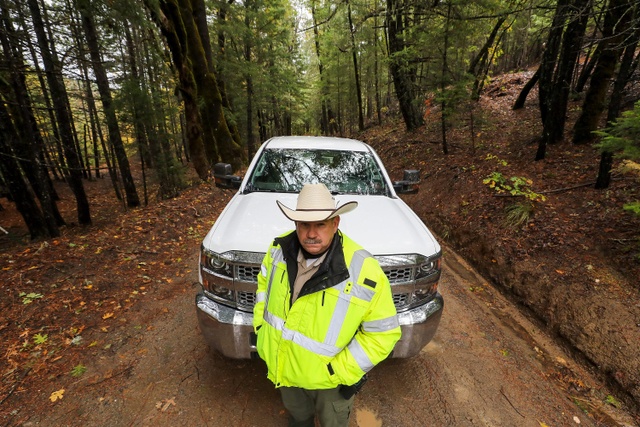 To appreciate why California's legal cannabis industry is so frustrated, consider Mendocino County. The Emerald Triangle region has issued roughly 1,000 permits for cultivation. The number of illegal grows in the county, according to Sheriff Matt Kendall: as many as 10,000. Kendall said he tries to target the worst 100, which is all his small force can handle in a year. "I'm fighting a dragon with a needle," he said. USA Today

👉 Get the MyShake app.

A San Diego County judge struck down San Diego Unified's Covid-19 student vaccine mandate on Monday, saying school immunization policy falls under the purview of the state. “The statutory scheme leaves no room for each of the over 1,000 individual school districts to impose a patchwork of additional vaccine mandates," the judge wrote. The ruling could have ramifications beyond San Diego. Los Angeles, Oakland, Sacramento, and other school districts have adopted timelines stricter than those of the state. S.D. Union-Tribune | L.A. Times 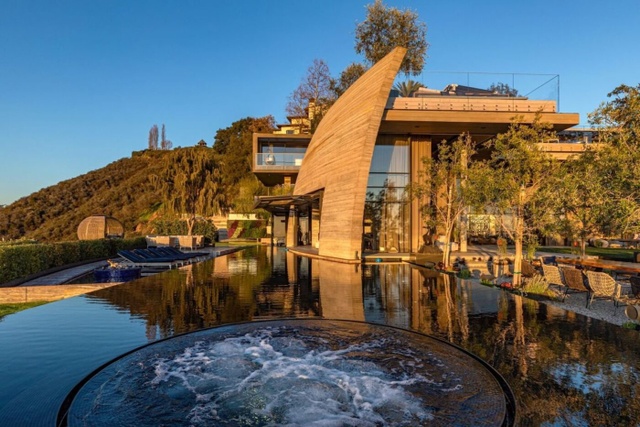 The Pacific Palisades mansion was one of the most expensive homes to sell in California in 2021.

A 26-year-old bought an $83 million megamansion perched atop a promontory overlooking the Santa Monica Mountains. Austin Russell, born in Newport Beach, dropped out of Stanford at age 17 to start a company that makes laser sensors for self-driving cars. After the company, Luminar, went public last December, Russell became the youngest ever self-made billionaire, according to Forbes. His new pad in Pacific Palisades has a master suite with a retractable roof for stargazing. The Dirt | TMZ

A YouTuber who goes by the name NASS used artificial intelligence to "upscale" and colorize footage of everyday scenes in Southern California in the 1940s. It shows streets scenes in Beverly Hills; a policeman directing traffic; and people milling about a pharmacy and exiting a train. Of course, everyone looks dapper. YouTube (~10 mins) 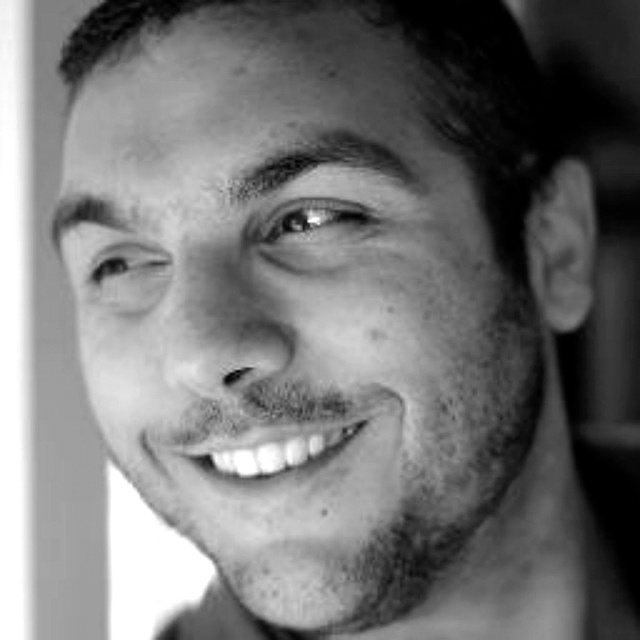 … Nigel Duara, a reporter for CalMatters covering poverty and inequality.

A: Don’t stop when you hit Joshua Tree; keep going east to the Colorado River. Camp overnight and watch the desert open up once the sun goes down. Fish the Colorado at Oxbow, and if you follow Route 78 south off the 10 as it hugs the edge of the Picacho wilderness you’ll go right through the Imperial Sand Dunes. Try the quesabirria in Brawley.

“If They Move… Kill Em!” — a biography of director Sam Peckinpah. Burned through money, fought with his bosses, rarely planned out the shoots and took forever to deliver while drinking his way through 15 features and three marriages, bumming out the whole country with nihilism and violence. What an absolute hero.

Kien Giang Bakery serves all the neighborhood birthday, quinceañera, and mooncake needs but the bahn mi are why people line up here. I think they built their own website.

My old bosses at Vice, but they’re playing "Boar on the Floor." OK, real answer:

Jesse “Big Daddy” Unruh, who Lou Cannon described in his obituary thusly: “When Jesse Unruh arrived in Sacramento 32 years ago as an overweight, underpaid state assemblyman, he became part of a legislature that was largely of the lobbyists, by the lobbyists and for the lobbyists.” Come on! That’s amazing. I want to hear stories about the bad, boozy old days of backroom dealmaking in a haze of cigar smoke.

Second is Judy Clarke. She is her generation’s Clarence Darrow. She was able to sort of get on Ted Kaczynksi’s good side, if just for a bit. She has defended people who were already convicted by everyone except a jury — and usually, rightfully so. The New Yorker profiled her around the time of the Boston Marathon bombing trial.

And Merton Hanks, a safety for the San Francisco 49ers. I don’t like the Niners but the man could do the chicken dance.

I wouldn’t have to talk at all. Perfect dinner party.

Your recent article about the rise in violence in Kern County pointed out that we often think high crime rates are centered in big cities. As a reporter, what other issues in California do you think we are missing because of this focus on the state's cities?

This one is my personal hobbyhorse, but RHNA, the Regional Housing Needs Allocation, needs a long look, not just in its allocations for one of California’s major cities but in places like Riverside. Why? Everybody loses!