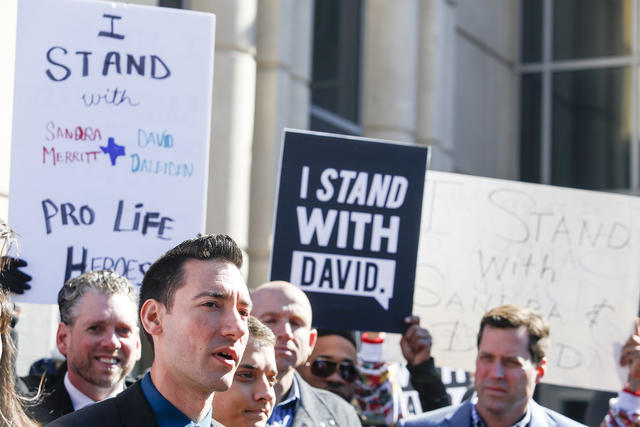 The defense of David Daleiden, an anti-abortion activist being sued by Planned Parenthood, is being underwritten by a $2 million windfall.

In a spectacular case of unintended consequences, California's reproductive rights advocates have helped bankroll anti-abortion activists. In 2015, a new state law required that anti-abortion crisis pregnancy centers tell pregnant women about their abortion rights. Then the Supreme Court overturned it on free speech grounds. That resulted in a $2 million payout to conservative groups fighting to restrict abortion. CALmatters

A poll found that conservative Californians are nearly three times as likely as their liberal counterparts to have seriously considered leaving the state. Citing high taxes and lax immigration policy, Judy Stark and her husband sold their home in Modesto and moved to McKinney, Texas. "We're moving to redder pastures," she said. But even as many Californians go to Texas, a study found that California is a top destination for Texans. L.A. Times 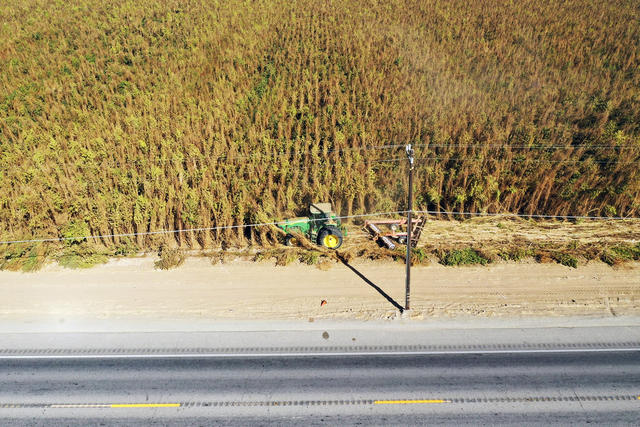 California authorities announced that law enforcement had seized more than $1.5 billion worth of illegally grown marijuana in the state this year. That's roughly equal to the state's entire legal market. Consumers continue to spend more than twice as much on illicit cannabis as they they spend in the legal market. A.P. | Sacramento Bee

The Kern County Sheriff's Office said it destroyed 10 million marijuana plants that were cultivated under the guise of being legal hemp. L.A. Times | Bakersfield Californian

As PG&E’s bankruptcy unfolded earlier this year, the embattled utility increased its spending on lobbying policymakers in California’s Capitol, records showed. Among its pursuits: Approval for new rate hikes. PG&E faces billions of dollars in claims from wildfires linked to its equipment, and has been fined repeatedly for failing to trim trees or invest in brush management. The Intercept | Sacramento Bee 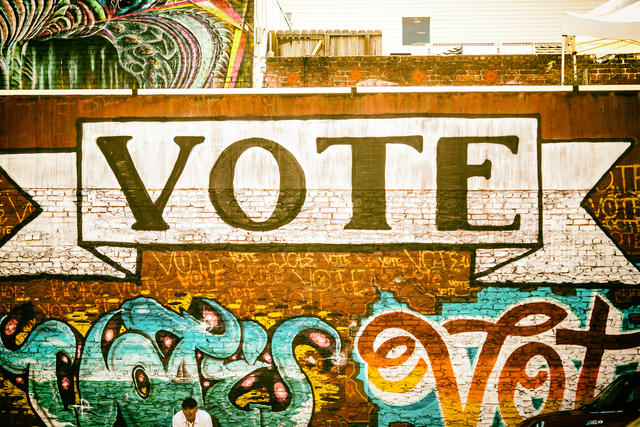 It's voting day in numerous California counties. Voters Edge California has a handy look-up tool for the races in your county. And here are quick-and-dirty guides to the contests in Los Angeles and San Francisco counties. LAist | SFist

Surveillance video was released showing the heart-stopping moment a BART supervisor rescued a passenger who stumbled into the path of an oncoming train. "I don't want to see this kid die today," John O'Connor recalled thinking. "God put me there for a reason, right?" East Bay Times | KQED 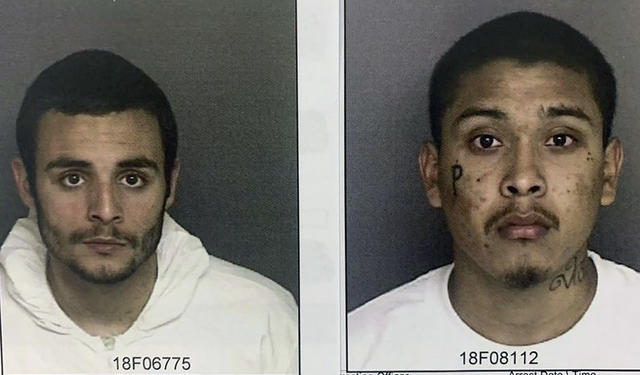 Santos Fonseca, left, and Jonathan Salazar are on the loose.

A manhunt was underway after two inmates awaiting trial for gang killings escaped from a jail in Monterey County. Officials said Santos Fonseca, 21, and Jonathan Salazar, 20, made their getaway after breaking through a bathroom ceiling and shimmying into a crawl space. "Do not approach them, as they are considered dangerous," the sheriff's office said. A.P. | Monterey Herald

Apple outdid Google and Facebook with a monster pledge toward affordable housing in California: $2.5 billion. Most of the money will go toward an affordable housing investment fund and help for first-time home buyers. Apple made more than $55 billion in net profit for its latest fiscal year. N.Y. Times | S.F. Chronicle

The lobby at Salesforce West.

Today I learned: There are giant LED screens in the lobbies of the Salesforce East and West towers in downtown San Francisco that create mesmerizing super-high resolution displays. They'll do tributes for occasions like Black History Month or SF Pride, but also swirling patterns, falling water, or teeming forests. Here's a video. Salesforce

A French Gothic revival cathedral, a Macy's bathroom, and the penthouse at the Fairmont San Francisco. Here are San Francisco's 25 most beautiful interiors. Curbed San Francisco 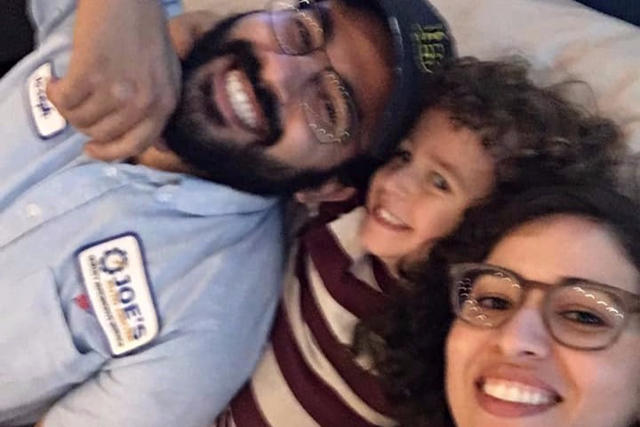 Joseph and Raihan Awaida with their son Omar. The family was fatally struck Halloween night.

While out trick-or-treating in Long Beach on Halloween, a toddler and his parents were struck by a suspected drunk driver, police said. The father, Joseph Awaida, and 3-year-old Omar died within two days. Then late Sunday, the mother, Raihan Awaida, was taken off life support. A suspect has been arrested. Press-Telegram | L.A. Times

A GoFundMe page is raising money for the family.

A Southern California woman was hit with an unexpected medical bill for $898,984 after giving birth to a premature baby. Dignity Health said she failed to meet the deadline to add her newborn to its health plan, so she was responsible for the bills. It rejected her appeals — until a journalist started asking questions. ProPublica

Reports said that President Trump planned to restore Navy SEAL Edward Gallagher's rank as chief petty officer, overriding a decision by the Navy's top admiral. Gallagher was charged but acquitted of war crimes in the death of a captured Islamic State fighter in Iraq. He was convicted of posing with a corpse. Navy Times | S.D. Union-Tribune 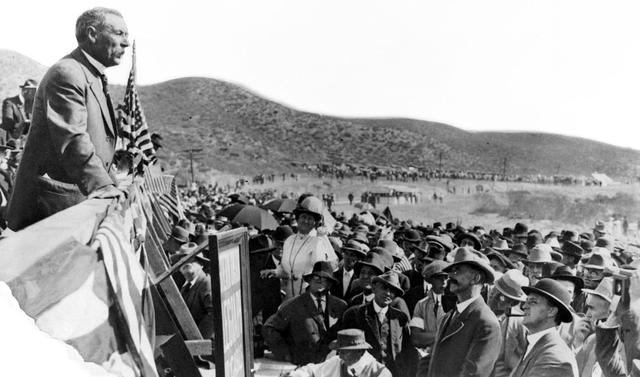 On this day in 1913, water began pouring through the Los Angeles Aqueduct, making the city of Los Angles as we know it possible. As social critic David Ulin recounted, photographs from the dedication ceremony in Sylmar captured "the apotheosis of the city's creation myth." One shot shows the water gushing into the waiting San Fernando Reservoir, a system that would pump life into a city with fewer people at the time than San Francisco.

There were men and women in suits and hats and long skirts, clutching American flags. Then there was William Mulholland himself, the legendary engineer who against overwhelming odds spearheaded the 233-mile aqueduct across the blistering Mojave Desert to the Owens River. "This rude platform," he declared, "is an altar, and on it we are here consecrating this water supply and dedicating this aqueduct to you and your children and your children's children — for all time." Then he shouted to the crowd: "There it is. Take it." Boom California | L.A. Times 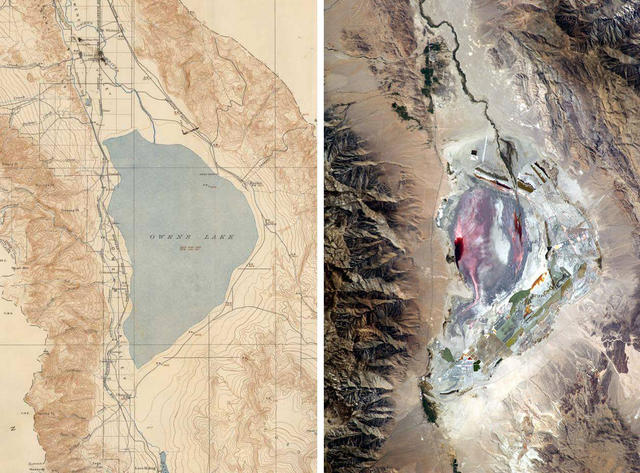 A sensational swindle drained the Owens Valley to slake the thirst of L.A. But the introduction of vegetation and shallow flooding has brought an unexpected transformation. California Sun (2018)