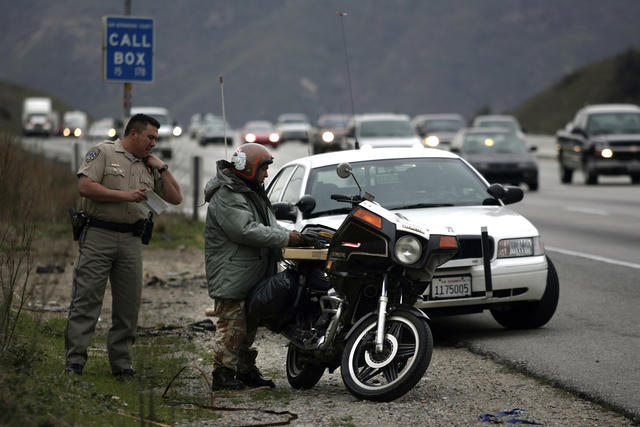 The California Highway Patrol has not been forthcoming since the start of a new transparency law.

On Jan. 1, a landmark California law went into effect that required law enforcement agencies to disclose misconduct files. Six months later, some of the state's largest policing agencies — including the California Highway Patrol — have failed to provide a single record. They are charging high fees, destroying documents, and even ignoring court orders. California Reporting Project

Ammunition sales surged in California ahead of a law going into effect today that requires a first-in-the-nation background check for most ammo purchases. The law is meant to block sales to felons and others who are barred from possessing firearms. "We've had a few people who have purchased in excess of 10,000 rounds," one shop owner told the Wall Street Journal. "That's a lot for one person." USA Today 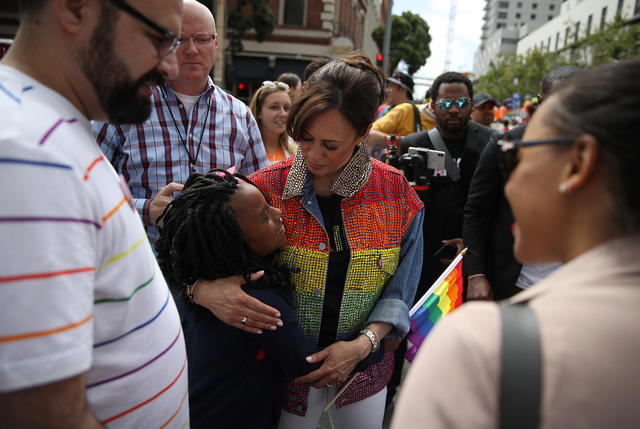 Sen. Kamala Harris hugged a supporter before the start of the SF Pride Parade on Sunday.

Sen. Kamala Harris is enjoying a burst of attention after her memorable performance on the presidential debate stage last week. She raised $2 million in 24 hours, and vaulted to third place in a new national poll. But she has also faced a backlash for attacking Joe Biden's record on race. "Her ambition got it wrong about Joe," said Carol Moseley Braun, who was the first African-American woman to serve in the U.S. Senate and has endorsed Biden's candidacy. Politico

Students who, like Harris, were bused to a majority white school in Berkeley in the 1960s recalled the experience as a defining one. "Racism didn't go away because we were bused," said Doris Alkebulan, 58. N.Y. Times

Afros, braids, dreadlocks, and cornrows. California is poised to become the first state in the country to ban discrimination based on natural hairstyles. The bill, which has now passed both legislative chambers, contends that professionalism remains tied to European standards. NPR | CNN 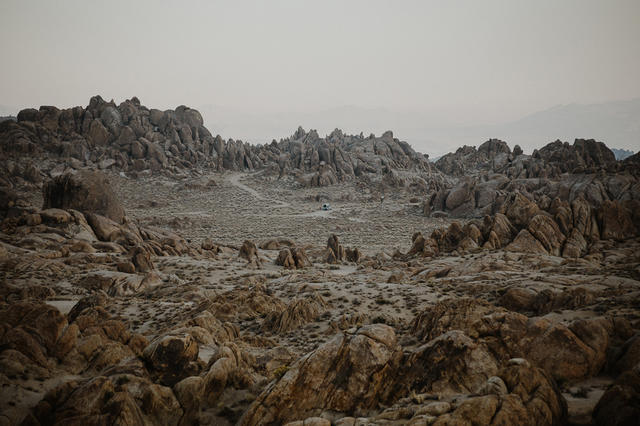 Also, a community of explorers ranked the 25 best campgrounds in California. Outbound Collective 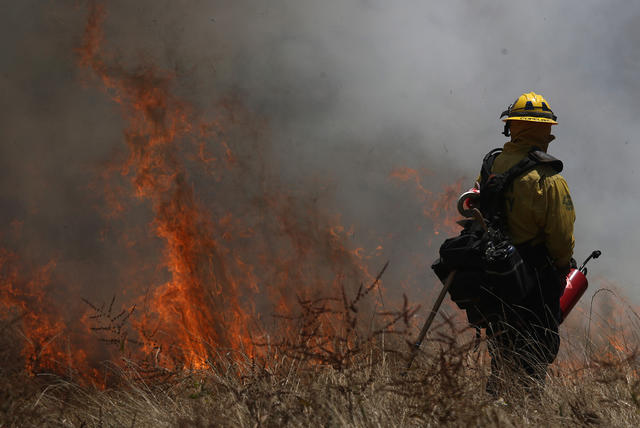 "It's unfortunate that it took the Camp Fire to shake everybody a little bit, but it really has."

At this time of year, communities in the Sierra foothills have traditionally eased into summer by cheering high school graduates and preparing for vacations. This year, residents surrounded by overgrown forests are scrambling to make sure they don't become the next Paradise. S.F. Chronicle

In a new podcast, the Chico Enterprise-Record tells how smoke from the Camp Fire is likely far from finished killing: "Like scars on the lungs of a habitual smoker, or red wine on a white carpet, our bodies' defense mechanisms will scrub forever at an irremovable stain." Enterprise-Record

A heat wave in June led to the largest die-off of mussels at Bodega Bay in 15 years. A researcher told Bay Nature she had never seen anything like it: mollusks on the rocks were thoroughly cooked. "Future die-offs could rewrite the ecology of California’s rocky shoreline, where mussels are a foundation species that hundreds of other animals depend on," the magazine wrote. Bay Nature | The Guardian 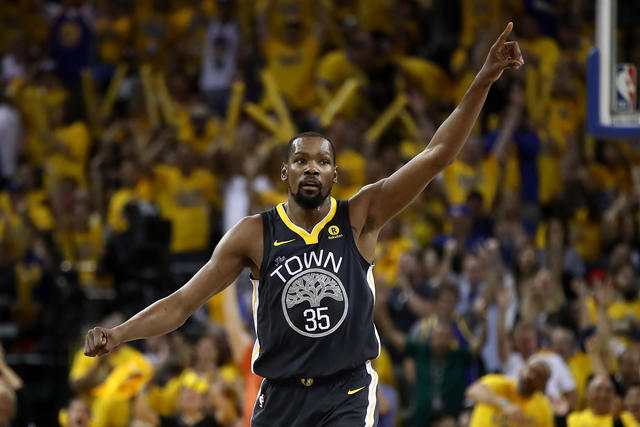 Kevin Durant, regarded by some as world's best basketball player, is saying goodbye to the Bay Area. His heartbreaking but not-unexpected announcement was not about money: He is leaving $57 million on the table to leave the Warriors and become a Brooklyn Net. Why? Only he can be sure, but the Washington Post suggested Durant just really wanted to play with his friends. Mercury News | Washington Post

"Warriors and their fans should know this above all: They got the best of him." S.F. Chronicle

The food team at the S.F. Chronicle spent months eating and debating to create a list of the Bay Area's top 100 restaurants. They don't only have great food, according to the Chronicle, they "are places we'd want to return to again and again." The list features everything from burritos to Michelin-star dining. S.F. Chronicle

The highest outdoor cocktail bar in San Francisco, on the 40th floor of the Loews Regency, is open for the summer. Eater San Francisco 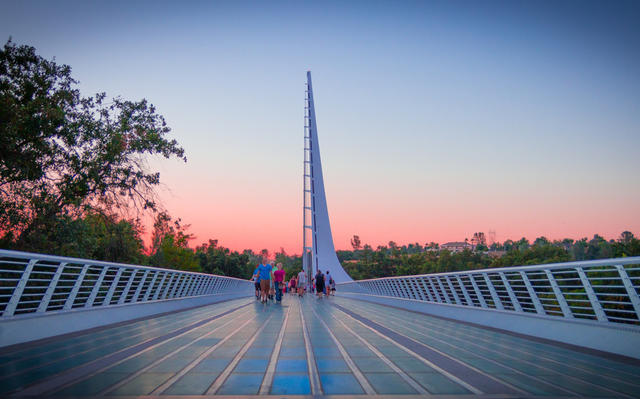 Some wondered why a simple wooden bridge wouldn't do. When Redding found the need to construct a new pedestrian bridge across the Sacramento River, it embraced a harp-like design by Spanish architect Santiago Calatrava that would double as one of the world's largest working sundials, casting its shadow in a nearby garden.

It wasn't long after the inauguration of the Sundial Bridge on this week in 2004 that the doubters fell silent. The bridge has become something of a town square for Redding — a place for picnics, protests, and prayer — as well as a soaring symbol of the region. Atlas Obscura | TurtleBay.org 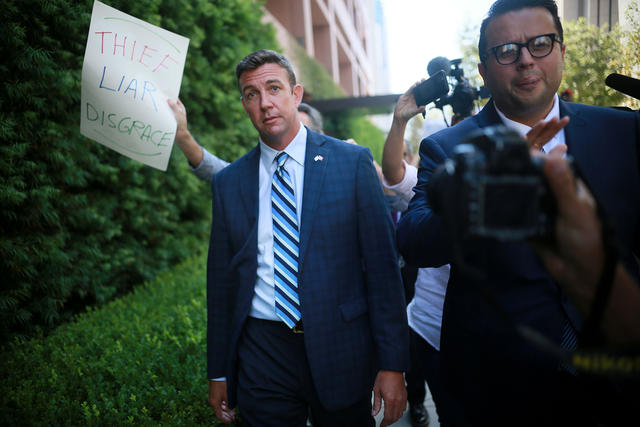 A lawyer for Rep. Duncan Hunter, who is accused of looting his campaign cash to fund vacations and other personal expenses, said it's a widespread political practice to "blur the line between personal and professional." The San Diego County congressman asked a judge to exclude evidence that he used campaign funds to finance a string of romantic trysts with lobbyists and aides. S.D. Union-Tribune | A.P.

Palm Springs has been buzzing with the news that a tribal group plans to build a $250 million hockey arena on its land in the city's downtown. "This is a unique partnership that will forever change the face of sports and entertainment in Palm Springs and the Coachella Valley," a tribal leader said. It could open by fall of next year. Desert Sun | NBC Palm Springs

Fun fact: Half of Palm Springs sits on rented tribal land, the largest such arrangement in the country. Desert Sun 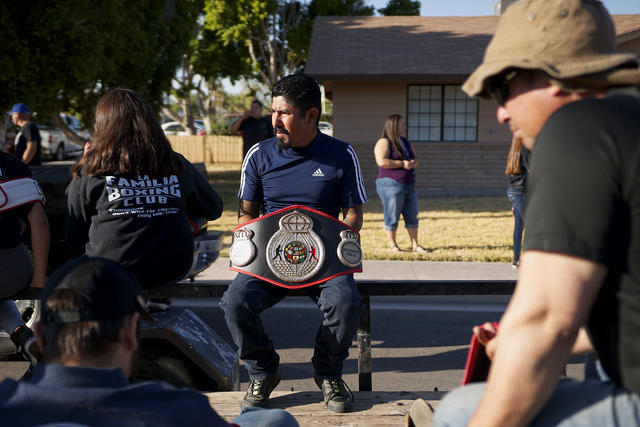 A man held a boxing title belt before the start of a parade for Andy Ruiz Jr. in Imperial on June 22.

The Imperial Valley is reveling in the underdog triumph of Andy Ruiz Jr., who stunned the boxing world by walloping the heavyweight champ at Madison Square Garden. Among California's Mexican-American communities, it's the one in the state's dusty southeastern corner that has been most ignored or misunderstood, columnist Gustavo Arellano wrote. It feels, at least for now, like that's changing. The Imperial mayor recently presented Ruiz with the keys to the city. He beamed: "People can't look at us as just a hot place anymore." L.A. Times 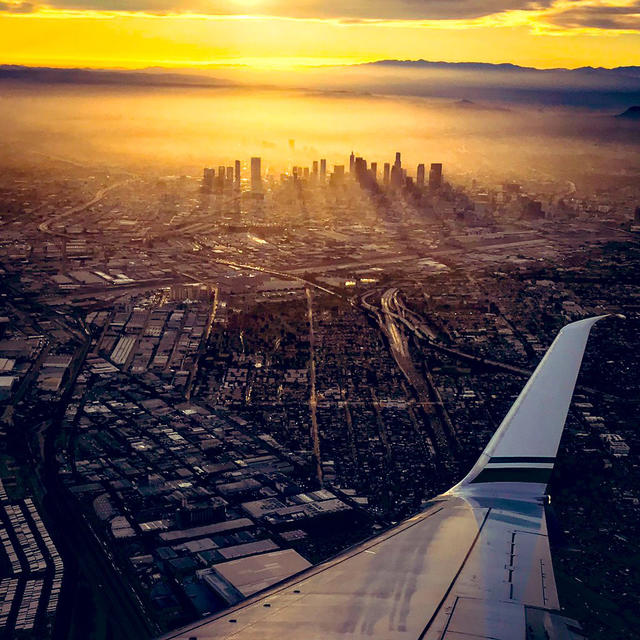 When conditions are right, California sunsets explode in yellows, pinks, and reds. Photographer Max Dubler shared a view of an especially vivid show Saturday evening that seemed to spill into downtown Los Angeles, above. (Follow him on Twitter and Instagram). San Diego broadcaster 10News collected a bunch more photos. 10News 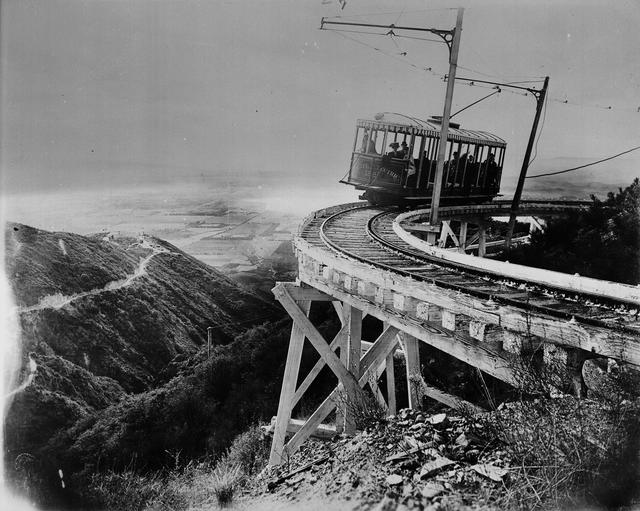 The circular bridge of the Mount Lowe Railway, circa 1910.

Prior to the 19th century, few people entered the rugged highlands around Los Angeles for pleasure. That changed around the 1880s, when real estate boomed and Angelenos caught mountain fever. It was on this week in 1893 that a pair of entrepreneurs built a railway unlike any other in America to deliver visitors to resort lodges in the San Gabriels.

The Mount Lowe Railway was an engineering wonder, twisting along a route blasted through granite up one of the steepest mountain ranges in the country. It scaled grades as steep as 62 percent — more than twice that of San Francisco's Lombard Street — and crossed a chasm 150 feet wide. But the highlight was a death-defying, circular wooden trestle that swung away from the mountainside and into the open air. The "railway to the clouds" operated for four decades before fire and floods forced its abandonment in 1938. KCET has a bunch of great photos from the heyday of the Mount Lowe Railway. KCET

You can explore the ruins of the railway along a trail known for fantastic views of the city. Hiking Project | California Through My Lens