Two Northern California counties hit the brakes on their reopening plans after upticks in reported infections. In Sonoma County, officials cited a doubling of its case rate. Lassen County identified its first spread of the disease late last week. "Unfortunately, we now have a serious problem in our community," a health official said. Press Democrat | Sacramento Bee | Lassen County Times 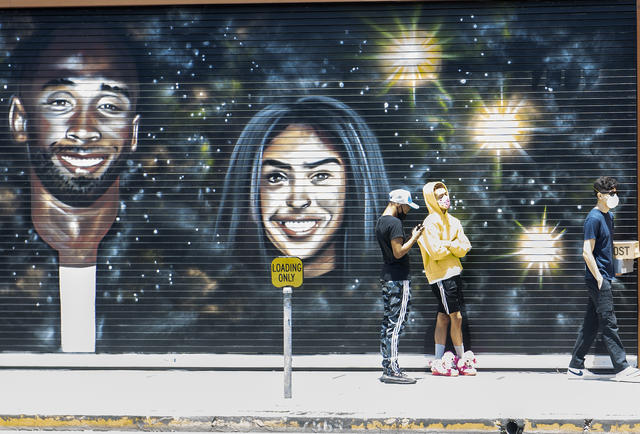 People waited to enter a sports clothing store in Los Angeles on Wednesday.

"We are seeing ample evidence that if we move too quickly, we can just have a huge explosion."
— Oakland Mayor Libby Schaaf

"The political calculation is not what we should be doing right now."
— State Sen. Steve Glazer

"It's important that we keep our eyes on the facts and not let the loud voices of the few drive our decisions."
— Assemblywoman Sydney Kamlager-Dove

A growing number of lawmakers and public health officials are speaking up with concerns that California is reopening too fast. Politico | KPIX 5/A.P. 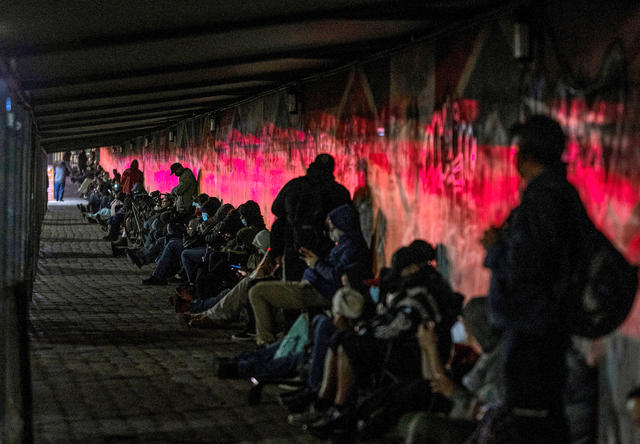 Commuters waited for the Otay Mesa Port of Entry to open to cross into California from Tijuana last week.

Small community hospitals along the southern border have been flooded with Americans who have fallen ill in Mexico and crossed the border. Many are retirees or dual citizens working in Mexico. As a result, Imperial County has a much higher concentration of coronavirus cases — 760 per 100,000 residents — than any other county in California. Washington Post

California hits a grim milestone of 100,000 cases, a near doubling of reported infections in Del Norte County, and a first case at an immigration facility in Calexico. Here are the latest coronavirus totals, according to tallies by the S.F. Chronicle and N.Y. Times: 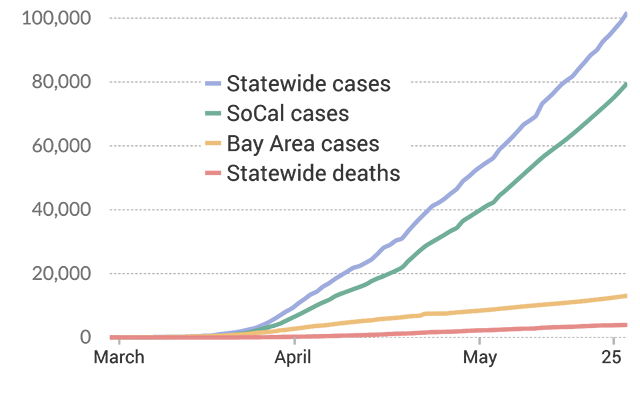 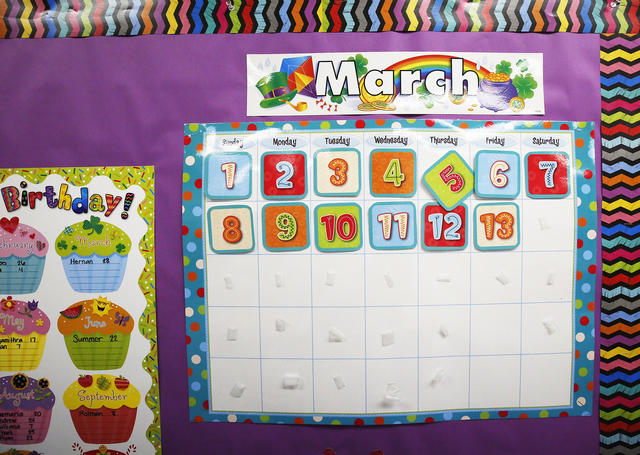 A calendar left as it was on March 13 hung in a second grade classroom at Cerritos Elementary School in Glendale on Tuesday.

A task force unveiled a vision for how Los Angeles County schools should look in the fall that includes face masks worn by everyone at all times. Other recommendations:

President Trump, furious over fact-check notices on his tweets, is preparing to sign an executive order curtailing legal protections that shield social media companies from lawsuits over what is shared on their platforms, reports said. The change would make it easier for federal regulators to argue that tech companies are suppressing free speech. N.Y. Times | Washington Post 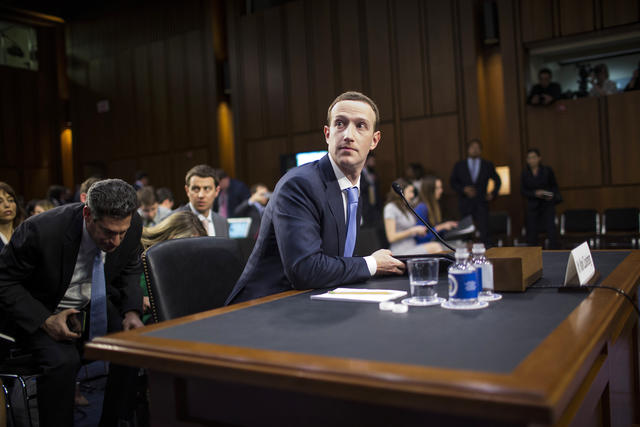 The Wall Street Journal obtained internal documents showing that Facebook has conducted internal research showing that its algorithms drive people apart. Then it ignored the findings, in part because it feared changes would anger conservatives. A N.Y. Times tech columnist reacted to the story on Twitter: "The most persistent myth about Facebook is that it naively bumbles its way into trouble. It has always known what it is, and what it's doing to society." Wall Street Journal | The Verge

California is leading a group of nearly two dozen states in a legal challenge to the Trump administration's reversal of fuel-efficiency standards for cars and trucks. The lawsuit argues that the rollback endangers public health and is based on erroneous science. It's likely to reach the Supreme Court. S.F. Chronicle | N.Y. Times 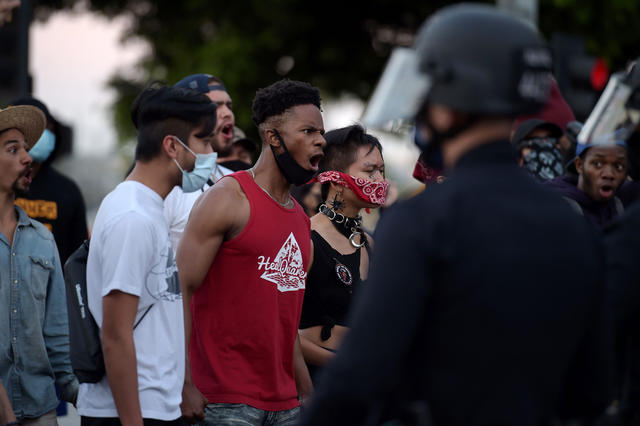 Hundreds of people gathered on the streets of downtown Los Angeles to protest the death of George Floyd, who died after being pinned beneath a Minneapolis police officer's knee. At one point, a group broke off and blocked the 101 Freeway. TV footage showed rowdy protesters attacking two California Highway Patrol cruisers, banging on them and smashing windows. KTLA | A.P. 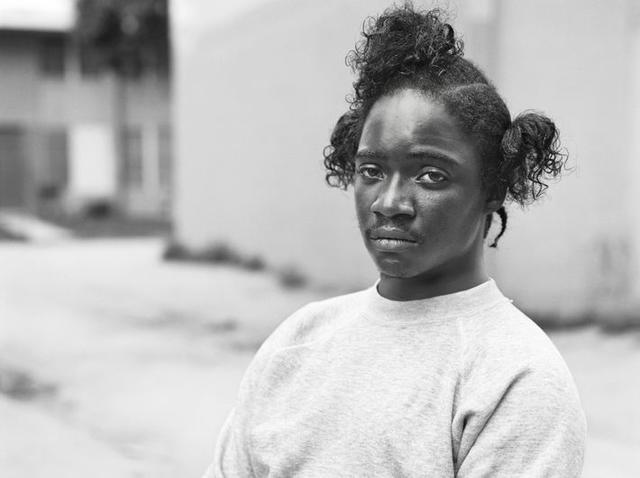 In 1993, a magazine sent the Dutch photographer Dana Lixenberg to South Los Angeles to document its reconstruction after the L.A. riots. She became so enthralled that she photographed the residents of Imperial Courts, one of L.A.'s oldest housing projects, for the next 22 years. Her images, she has said, aim to present individuals not as props for a larger story of inner-city discord but as narratives unto themselves. Critics have called the result "riveting" and "earnestly beautiful." Here's a gorgeous web presentation, including contributions from the residents themselves. ImperialCourtsProject.com

Gif created from video via @tonyhawk

Tony Hawk's latest skateboarding session found him in an unexpected setting: the empty swimming pool of a random apartment complex in Lemoore. Onlookers could hardly believe their eyes. "I'm a gangster, but I know Tony Hawk!" one gentleman yells in a video posted by Hawk on Twitter. It was unclear how the San Diego skater ended up in the small farming town 30 miles south of Fresno, but another video surfaced online that offered a clue. It shows Hawk cutting up a wave at Kelly Slater's exclusive surf park on the outskirts of Lemoore. @tonyhawk/Twitter