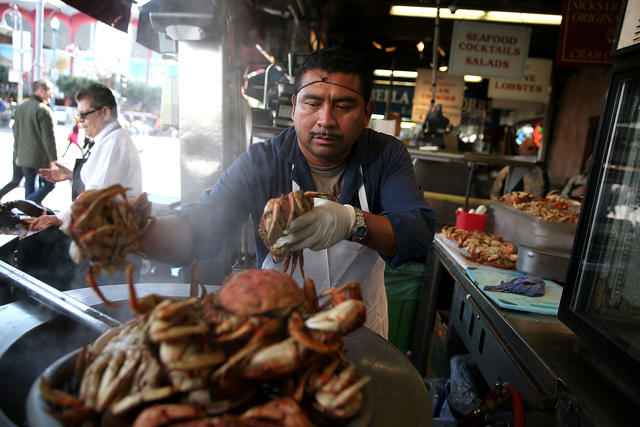 As the ocean acidifies, California's seafood is becoming increasingly vulnerable.

Some alarming dispatches from the climate crisis: 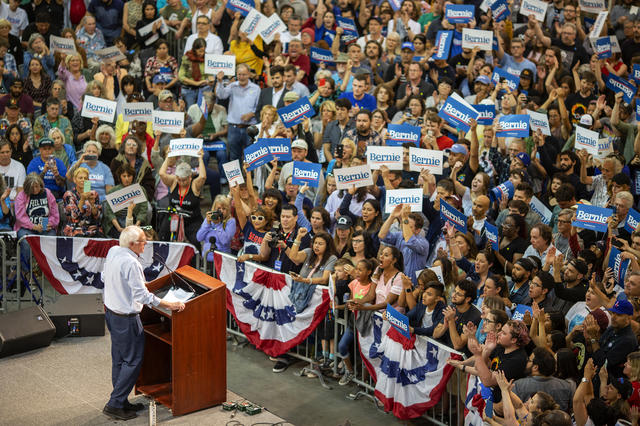 Sen. Bernie Sanders appeared at a campaign rally in Pasadena last May.

Sen. Bernie Sanders has surged ahead among likely Democratic primary voters in California, a new poll showed. Sanders, now with 26 percent support, has been buoyed by voters who label themselves "very liberal," a breakthrough that has cost backing for Sen. Elizabeth Warren, now at 20 percent. Former Vice President Joe Biden was third with 15 percent. L.A. Times | The Hill

A couple legislative efforts in the works: 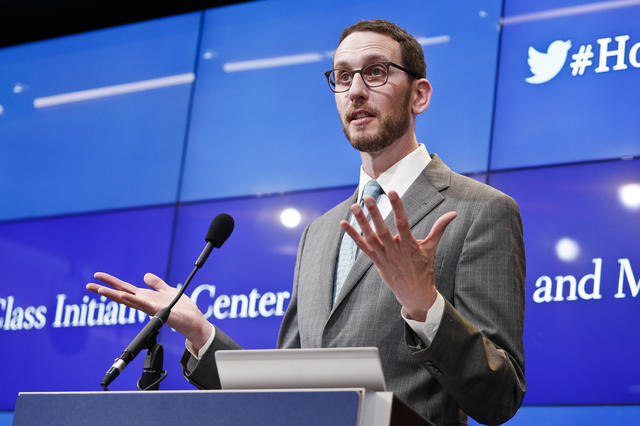 State Sen. Scott Wiener talked about the housing crisis at an event in Washington. 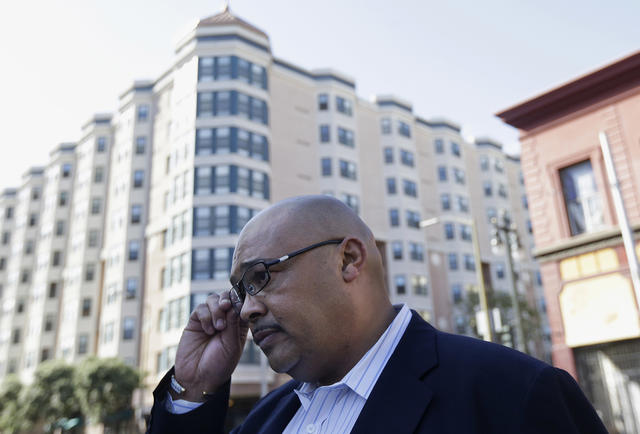 The director of San Francisco Public Works, Mohammed Nuru, was arrested by the federal authorities and accused of public corruption in a stunning jolt to City Hall. Officials said Nuru, 57, and a local restaurateur tried to bribe an airport commissioner with an envelope full of cash to win retail space at San Francisco International Airport. S.F. Chronicle | S.F. Examiner

As neighborhoods of Santa Rosa reemerge from the ashes of the 2017 North Bay fires, they have become a target of roving bands of teenagers who break into unoccupied homes, share the addresses over social media, and host bootleg parties. One woman described finding her home trashed: "They threw chairs, destroyed walls, floors, there's holes in walls and then just the massive human biology. The vomit, the pee, the alcohol, the pot, all of that stuff was just sprayed all over." Press Democrat | KRON

Sonoma County's population has sharply declined since the 2017 wildfires as high housing costs and fear of future disasters weighed on residents. Press Democrat

Federal prosecutors said a San Francisco startup took kickbacks from an unnamed drug manufacturer in exchange for rigging its software to encourage more prescriptions of the company's opioids. The result, officials said, was tens of thousands of opioid prescriptions that may not have been medically necessary. Practice Fusion, once hailed as the "Facebook for health," agreed to $145 million in fines. Reuters identified the pharmaceutical company as Purdue Pharma, the OxyContin maker blamed for igniting the opioid crisis. Reuters | Washington Post 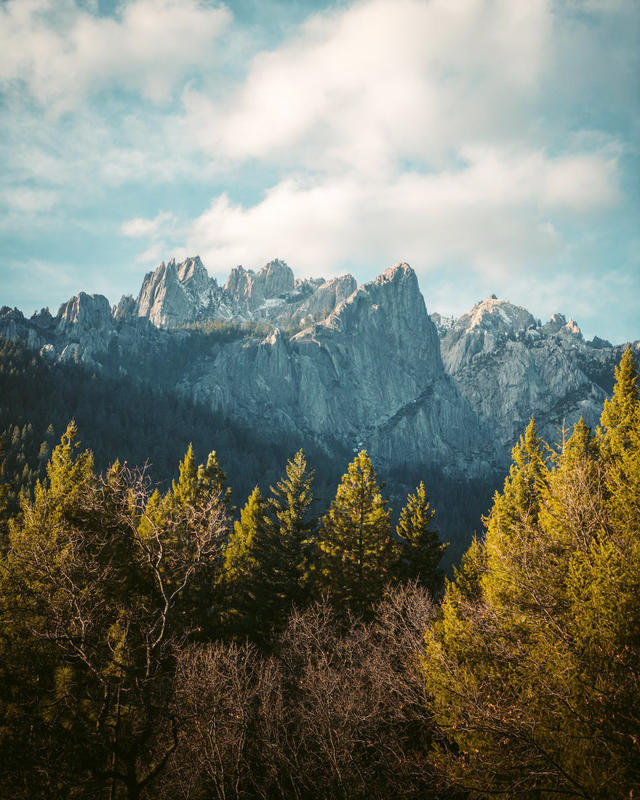 "Imagine a slice of the Dolomites plucked out of Italy and placed in Northern California," wrote one adventurer. Then you get Castle Crags, pictured above, a spectacular world of granite spires jutting from the forest just off I-5 in Shasta County. Thousands of motorists zip by everyday unaware of the hidden wonder. S.F. Chronicle | California Through My Lens 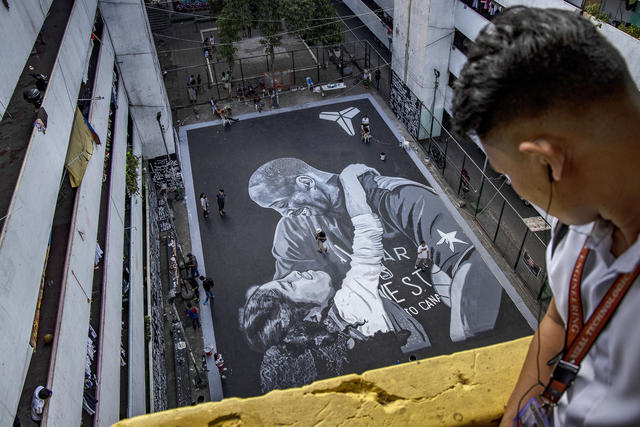 A mural of Kobe Bryant and his daughter, Gianna, was painted on a basketball court in Taguig City, Philippines.

The helicopter that crashed Sunday into a fog-shrouded hillside in Calabasas, killing Kobe Bryant and eight others, was not equipped with a recommended "terrain awareness" system, investigators said. Jennifer Homendy of the National Transportation Safety Board said the aircraft fell at more than 2,000 feet per minute at the time of impact. "We know that this was a high-energy impact crash," she said. L.A. Times | Press-Enterprise

The NTSB released dramatic footage of the crash site, showing the charred wreckage of the helicopter. YouTube

Kobe Bryant's past was complicated, with good times and bad, but in recent years he had transitioned into the role of a doting father who loved shuttling his kids around to their activities. "To have that, it's absolutely wonderful," he once said. "The time we spend in the car." L.A. Times

Edward Gallagher, the retired San Diego Navy Seal who was accused of war crimes, is now attacking the former Seal team members who testified against him. In a video posted to social media, he called some of his accusers "cowards." He also highlighted their names, photos, and current units, information that Navy officials said places the men in jeopardy. S.D. Union-Tribune | KPBS

A flight evacuating as many as 240 Americans from a Chinese city at the center of the deadly coronavirus outbreak was being diverted to March Air Reserve Base in Riverside County, a change from earlier plans to land in Ontario. Once there, the passengers will be quarantined for at least three days and monitored by health officials. ABC News | San Gabriel Valley Tribune 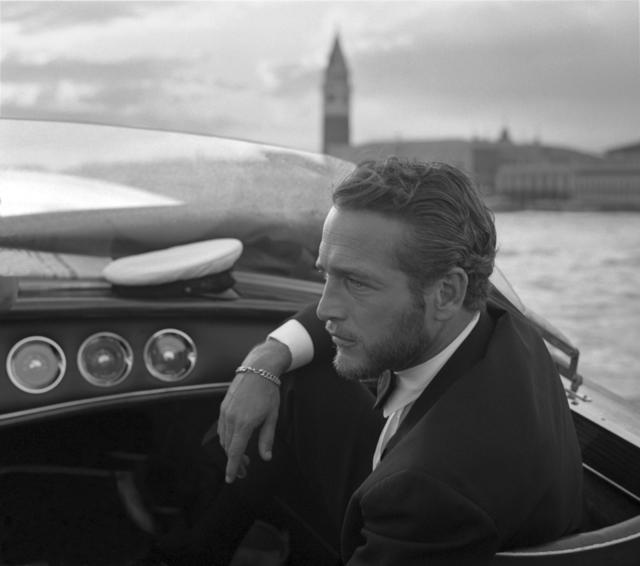 Newman was one handsome devil.

Paul Newman was a perfectionist, in acting, race car driving — and salad dressing.

His wife, actress Joanne Woodward, told a story about the time they went for a meal at the exclusive Chasen's in Beverly Hills. When waiters refused to comply with his request for olive oil, vinegar, chopped celery, salt, pepper, and mustard to make his own dressing, he took his salad to the men's room and washed the dressing off.

In 1980, he and his friend A.E. Hotchner mixed an enormous vat of salad dressing to bottle for friends. That led to the idea for Newman's Own Salad Dressing, a food brand that would deliver all of its profits to charity. Its motto: "Shameless exploitation in pursuit of the common good."

It made money quickly. But Newman, who died in 2008, had interest in neither profits nor recognition. He abhorred what he called "noisy philanthropy," once declining a national medal. ''He thought the world had treated him incredibly well,'' his daughter, Nell Newman, told the N.Y. Times.

Begun as a lark, Newman's Own has so far given away more than $550 million to help sick children, veterans, independent media, and numerous other causes.