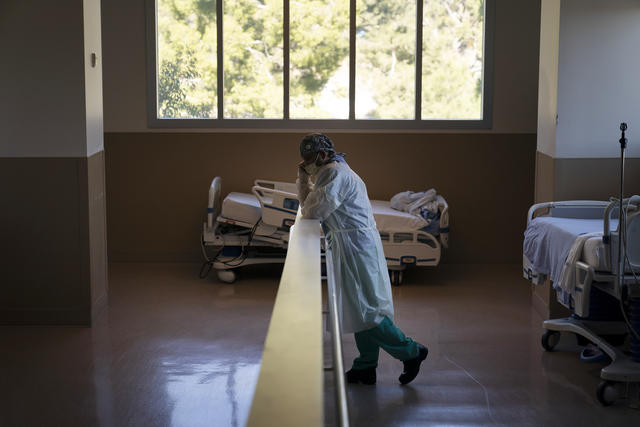 San Diego County, a modeler projected, would hit 0% ICU availability as soon as next week.

California's hospital situation is growing ominous. ICU admissions have increased roughly 70% in the last two weeks, and new infections are now surging like never before. “All the things that you’re hearing about how impacted our hospitals are, about how dire this situation with our ICUs is, it’s absolutely true,” Fresno County's top health official said. L.A. Times | A.P. | S.F. Chronicle

Looking beyond the lockdown, a group of state lawmakers proposed legislation that would force public schools to reopen classrooms in stages by early spring. The move signals growing impatience with districts that have neglected the needs of vulnerable students as they slide further and further behind their peers. EdSource | CalMatters 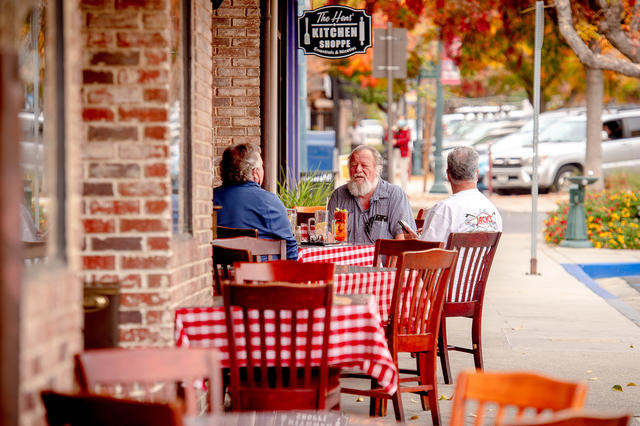 People dined outside in Claremont on Monday in defiance of lockdown orders.

In a stinging rebuke, a judge limited Los Angeles County's outdoor dining ban, saying supervisors had acted arbitrarily. "Its decision lacks a rational relationship to a legitimate end," he wrote. For now, the restrictions will remain in place under a state order. But if county officials want to extend it, they'll have to perform a risk-benefit analysis. L.A. Times | LAist

Five state lawmakers — four Democrats and an Independent — dined outdoors at a Sacramento restaurant on Monday. Asked about it by a reporter, one responded: "Can we not have dinner?” Sacramento Bee | A.P.

Authorities raided a large party in the high desert north of Los Angeles, arresting 158 people. The gathering at a vacant home in Palmdale was attended by revelers between the ages of 16 and 22, many without masks, officials said. Sources told the L.A. Times that the sheriff's department knew about the party ahead of time but declined to prevent it, despite coronavirus concerns. L.A. Times | KABC 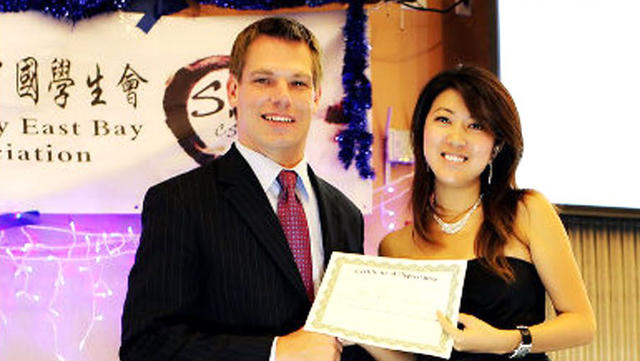 The alleged spy was an Eric Swalwell fundraiser.

A suspected Chinese spy tried to cultivate relationships with Bay Area politicians including Eric Swalwell and Ro Khanna between 2011 and 2015, a yearlong Axios investigation found. The woman, named Fang Fang or Christine Fang, was also linked to several former Bay Area mayors. Why target the Bay Area? Some of America’s most powerful politicians have gotten their start there, and China appears to playing the long game.

Last month, a homeless woman named Mary Elaine Botts died of a drug overdose in San Francisco's Castro. She was 28. Her plight was well known to the city. But she never got the help she needed, wrote the columnist Heather Knight. The reason: "bureaucratic inertia and the misguided idea that people who are extremely mentally ill should be left to do whatever they want — even if that’s walking into busy traffic, sleeping on concrete and using deadly drugs." S.F. Chronicle 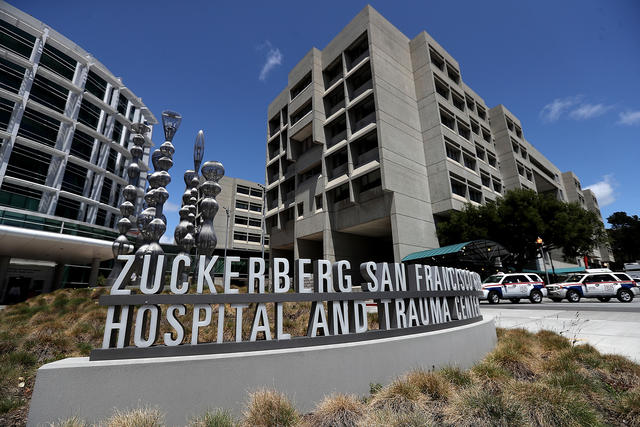 Zuckerberg San Francisco General Hospital and Trauma Center has become a flashpoint for critics of the Facebook CEO.

Five years ago, Mark Zuckerberg and his wife, Priscilla Chan, gave $75 million to San Francisco's sole public hospital, the largest single private gift to a public hospital ever. City leaders are still unhappy. At a hearing last week, supervisors moved to condemn the naming of the hospital after Zuckerberg, who is seen as a corporate villain in the eyes of many activists. The hospital warned of a chilling effect on future gifts. recode

Dangerous surf has been roiling the Pacific Coast in recent weeks. On Thanksgiving, a 4-year-old girl drowned after being pulled into the ocean at Point Reyes National Seashore. On Monday, a woman visiting from Utah died after being knocked by surging waves from a jetty on Humboldt Bay. And on Tuesday, a man was swept off the rocks in Pacifica. "He was yelling and screaming and nobody could get to him," a fire official said. Rescuers ended their search after about five hours. A.P. | KCBS Radio | Times-Standard

A drone pilot captured frightening video of the waves at the Humboldt jetty around the time of the accident. 👉 Lost Coast Outpost 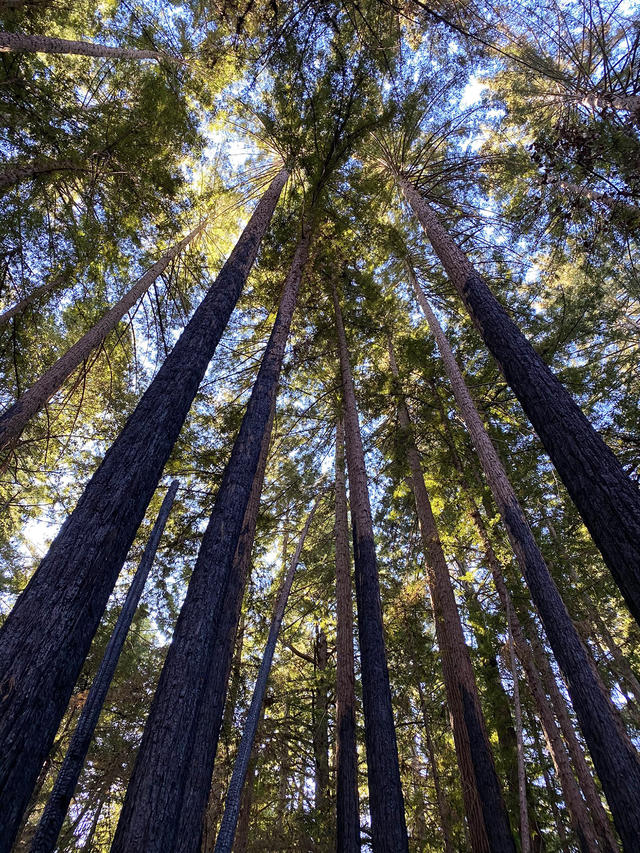 A San Jose State environmental studies professor, Dustin Mulvaney, toured the charred Santa Cruz Mountains late last month and found abundant sprouts of green. Even in the absence of significant rain, life is finding its way back after the biggest wildfire to tear through the redwood forest in a century. See Mulvaney's photos. 👉 @DustinMulvaney 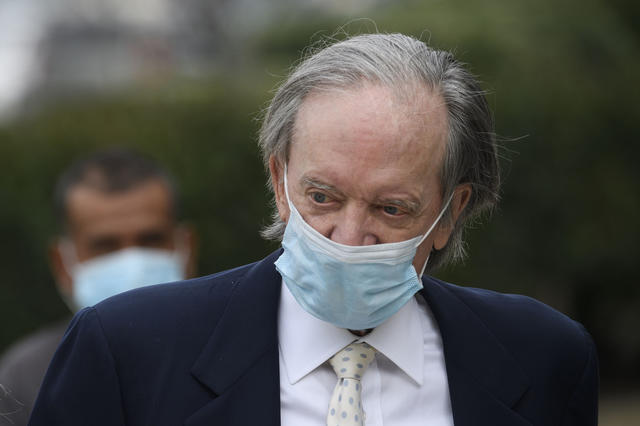 Bill Gross, founder of Pimco, arrived for a court hearing in Santa Ana on Monday.

In October, we learned of the bitter legal fight between Bill Gross and his Laguna Beach neighbor that allegedly included the billionaire bond king blaring the “Gilligan’s Island” theme song at all hours. Now Gross says he wants to call a truce. In an open letter, he proposed diverting potential litigation costs to charity. His adversary, Mark Towfiq, declined: "This is a desperate stunt to stem the tide of negative press the public exposure of Gross’s actions has produced.” O.C. Register | Washington Post

For 18 years, Ken Layne worked on the click-bait websites Gawker and Wonkette. Now he does pretty much the exact opposite. His pocket-sized magazine Desert Oracle, created in Joshua Tree, has no meaningful online presence. Yet it has become a cult hit devoured by readers from Los Angeles to London. The Guardian 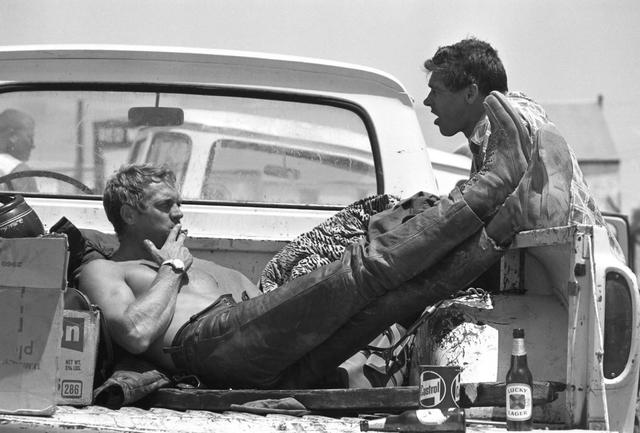 Steve McQueen took a break during a motorcycle race with Bud Ekins, his friend and stuntman for "The Great Escape," in 1963.

In 1963, LIFE magazine sent photographer John Dominis to Southern California to spend time with 33-year-old Steve McQueen, whose biggest film roles were still ahead of him. Dominis captured an intimate portrait of the actor who came to define cool as he camped with his buddies, raced dirt bikes, and shot guns in the desert. “I’d rather wake up in the middle of nowhere than in any city on earth,” McQueen told the magazine. A great collection of photos 👉 LIFE