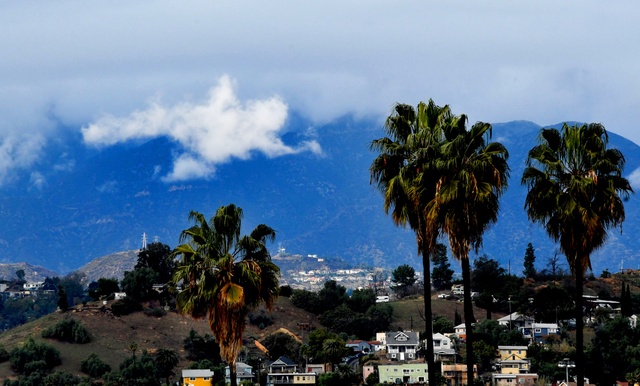 A steep and sustained dive in coronavirus infections is starting to be felt at Los Angeles County hospitals. The county is now averaging about 5,600 new cases a day — down from roughly 15,000 daily cases in January. As of Tuesday, there were fewer than 5,000 Covid-19 patients in county hospitals, the lowest such number since mid-December. L.A. Times | L.A. Daily News

A day after San Francisco sued its school district, a city councilman is pushing Los Angeles to do the same. Joe Buscaino said Thursday that he would introduce a resolution directing Los Angeles to file suit to force the reopening of school classrooms. “How is it that my neighbor can take their kids to the parochial school in San Pedro and I can’t take my kids to a public school in San Pedro?” he said. “Something’s not right here.” LAist | L.A. Times

In San Francisco, mask usage has been widely adopted and coronavirus restrictions have been strict. In South Dakota, it's been a virtual free for all. A comparison: 👇

Gov. Gavin Newsom doesn't want to talk about the recall. But with polls showing his support weakened, it's become unavoidable. "The nation's biggest Democratic vulnerability after a score of blue victories has become an irresistible nightly feature on Fox News," Politico wrote. "Should the effort qualify, look for money to pour into the state and celebrities to add their names to the ballot, if only for the promotional benefits." 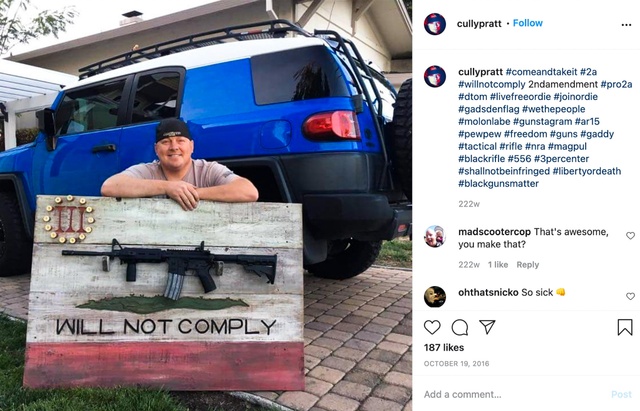 Sheriff’s Sgt. Cully Pratt displayed a carving with Three Percenter symbolism that he made for a colleague.

The actor Chris Pratt's brother, Cully Pratt, is a Solano County sheriff's deputy. He's also apparently a fan of the Three Percenters. An Open Vallejo investigation found that several members of the Sheriff's Office have been expressing their support for the far-right militia group on social media for years. One of them was just elected to the Vacaville City Council.

A federal judge overseeing a case that accuses Los Angeles of allowing inhumane conditions on the street has adopted a theatrical posture in his effort to force action. On Thursday, Judge David Carter had city officials gather at Skid Row for a hearing. Cheers of "I love you, judge!" rose from nearby encampments as he demanded solutions. At one point, a mayoral aide said interventions were in the pipeline. "I believe you," Carter interjected, "but I don't trust you." LAist | L.A. Times 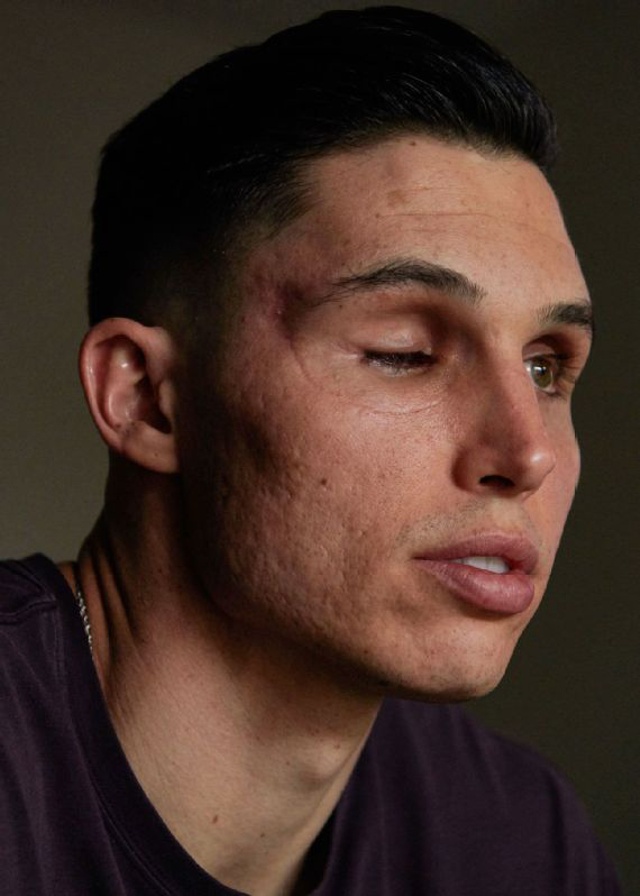 On April 16, 2020, the baseball player Drew Robinson wrote a note apologizing to the people in his life. "It's no one else's fault," it said. He poured himself a glass of whiskey, then pressed a handgun against his temple and pulled the trigger. Somehow, he survived. Less than a year later, Robinson, 28, has a new contract with the San Francisco Giants and a new mission in life. “I’m here for a reason,” Robinson said. “How can I go through this and not find a way to try to help other people or impact other people’s lives?" An incredible story 👉 ESPN

A Tahoe man survived for seven days in his pickup truck after becoming stranded by a snowstorm in the remote Sierra wilderness. On Jan. 24, Harland Earls, 29, set out from Grass Valley to Truckee in what should have been a straight shot. But road closures forced him along a treacherous back road, where he got stuck. Thankfully, Earls had food, water, and a forced-air propane heater. A rescue helicopter plucked him out of the snow just in time on Sunday after he ran out of food. S.F. Chronicle | L.A. Times 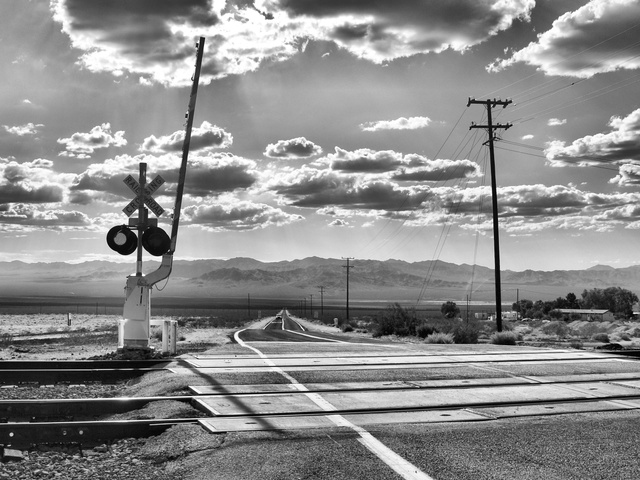 A rail crossing in Nipton, near the Nevada border.

Nipton seems to be perpetually on the verge of a renaissance. The remote Mojave Desert outpost cycled through seven private owners before a Malibu-based gold miner bought it for $200,000 in 1984. His vision to turn it into a Mecca for nature lovers never panned out. Then in 2017, a cannabis company paid $5 million for Nipton, saying it would create a wonderland for potheads. That flopped too. Now it's for sale again. Asking price: $3 million. LAist 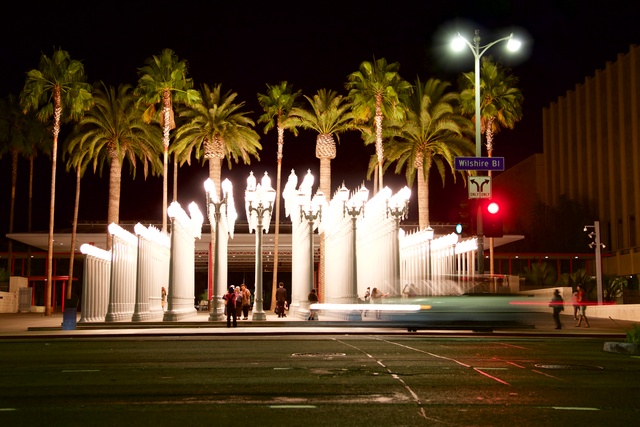 Urban Light has been embraced by tourists and locals in Los Angeles.

One day in 2000, the artist Chris Burden found two vintage street lamps at the Rose Bowl Flea Market. A hobby was born, and over the years he collected and restored dozens of old lampposts that would form the “Urban Light” installation at the entrance to the Los Angeles County Museum of Art. Opened in 2008, it promptly became one of Los Angeles's most popular landmarks. With Valentine's Day approaching, it comes highly recommended for its romance on a moonlit night. Curbed | Atlas Obscura 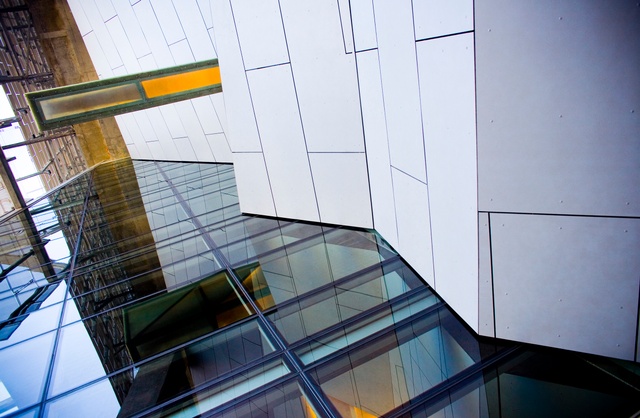 A close-up of the San Francisco Federal Building.

On this week's California Sun Podcast, host Jeff Schechtman chats with Roman Mars, the Bay Area creator of the book and podcast series 99% Invisible. He talked about the hidden architectural beauty that surrounds us. Asked to name a building he loves that many others dislike, he mentioned the San Francisco Federal Building. It looks like something out of Star Wars, he said. "I just find it so interesting. It's audacious in a good way."