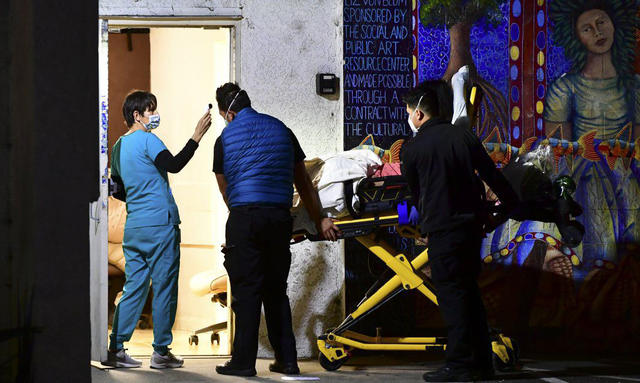 Medical workers got temperature checks at Los Angeles hospital. People on the front lines of the pandemic will get vaccinated first.

California's initial allotment of roughly 327,000 coronavirus vaccine doses began arriving in California Sunday, as the most ambitious inoculation effort in American history kicked off. Medical workers are to be first in line, followed by staff and residents at nursing homes and long-term care facilities. The vaccine may not reach the general public until summer or fall, officials said. L.A. Times | City News Service

LAX tweeted pictures of the FedEx plane carrying the vaccine as it arrived late Sunday. 👉 @flyLAXairport

Intensive care pulmonologist at a hospital in Fresno, where many locals reject public health directives and the region's ICU availability is now 1.5%: “There is no help on the way. I can’t tell you how scared people are, and I can’t even sit there and hold their hands. There are so many others waiting.” L.A. Times

ICU availability figures, as of Sunday: 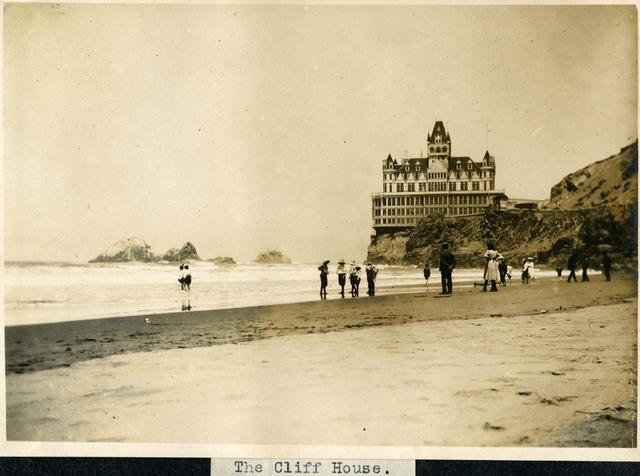 A view of San Francisco’s Cliff House from Ocean Beach, circa 1906.

San Francisco's iconic Cliff House is closing, permanently. The neoclassical restaurant, perched above the Pacific on the city's western shore for more than a century, is the latest establishment to collapse under the pandemic. In all, 180 employees will lose their jobs, the proprietors said. "Priceless memorabilia" will be sold off. S.F. Chronicle | Bay City News

“Permit expediter” is a common profession in San Francisco. Flip open a Department of Building Inspection document titled “Getting a City Permit” and the reason becomes clear. It's 58 pages and opens with this line: “Obtaining a city permit can undoubtedly be one of the most confusing processes you may ever experience.” S.F. Chronicle

Some cities have provided quick and simple shelter to homeless people in the form of composite sheds. In Los Angeles, plans have blossomed into elaborate "tiny home" projects with access roads, underground utilities, and concrete foundations. The cost of each 8-foot-by-8-foot home: $130,000, roughly 10 times what other cities are spending. L.A. Times 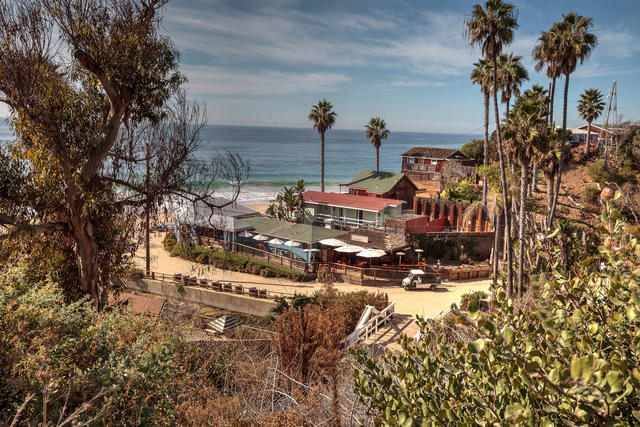 The cottages at Crystal Cove State Park are on prime coastal real estate.

California's parks department rents out coveted government-owned homes to its staff for an average of $215 a month, and whistleblowers say high-ranking supervisors take the nicest homes or award them to favored employees, an L.A. Times investigation found. At Crystal Cove State Park, one employee pays $232 a month for a one-bedroom cottage overlooking the Pacific. Next door, vacation cottages rent for $269 a night, or roughly $8,000 a month.

For decades, oil operators have been injecting water deep underground in the Salinas Valley. Now a study has linked the activity to earthquakes just a few miles from the San Andreas Fault. “The up and downs in earthquake rates followed ups and downs in injection rates,” the study's lead author said. Monterey Herald | The Conversation

Apple TV+ was making a show about Gawker, the irreverent gossip site that was sued into oblivion in 2016. Then Tim Cook, Apple's CEO — who was outed as gay by Gawker in 2008 — found out about the project. It was killed. The development illustrates how big tech companies are now deciding what stories get told in Hollywood, wrote the columnist Ben Smith. N.Y. Times | engadget 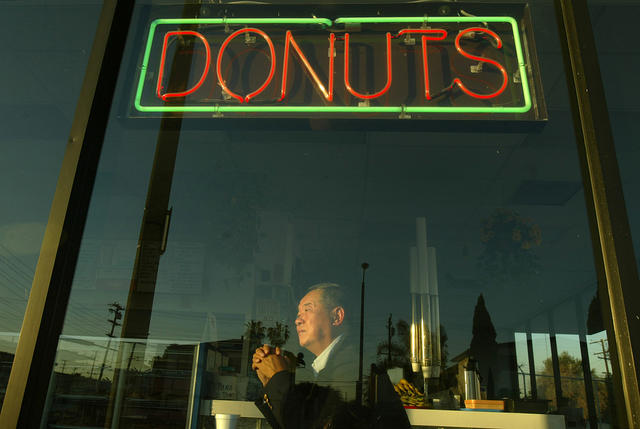 Ted Ngoy inside a doughnut shop that he once owned in Hawthorne.

That's thanks to Ted Ngoy, who grew up poor in rural Cambodia and found himself in Orange County in the 1970s after fleeing the Khmer Rouge. He worked nonstop — as a janitor, a gas station attendant, and later a Winchell's Donuts trainee — using his pay to buy small doughnut shops, which he leased to other Cambodian refugees. In time, Ted was wildly rich. Then a gambling problem took it all away. By the early aughts, one report said, the doughnut king was “broke, homeless, and dependent on the goodwill of his few remaining friends.” A fascinating long read. 👉 BBC

In 1920, a single cedar tree was lit up at Christmas in front of a Fresno home where a child had died that year. Fast forward a century, and the Christmas Tree Lane tradition has evolved into an all-out holiday light extravaganza, with hundreds of trees bedecked along a 2-mile corridor. The sheriff's department captured a helicopter's-eye view of the 2020 show. 👉 @FresnoSheriff

... Liam O’Donoghue, the host of the East Bay Yesterday podcast — which explores culture, politics, and nature in the East Bay — and co-creator of the Long Lost Oakland map.

A. Everybody should take a lap around Lake Merritt at least once. Strolling around this body of water (technically a tidal lagoon) on a warm summer afternoon instantly conveys what makes Oakland so special. The mixture of joyous people, natural beauty, fascinating architecture, spontaneous eruptions of music, and delicious smells emanating from BBQ grills is an intoxicating combination. 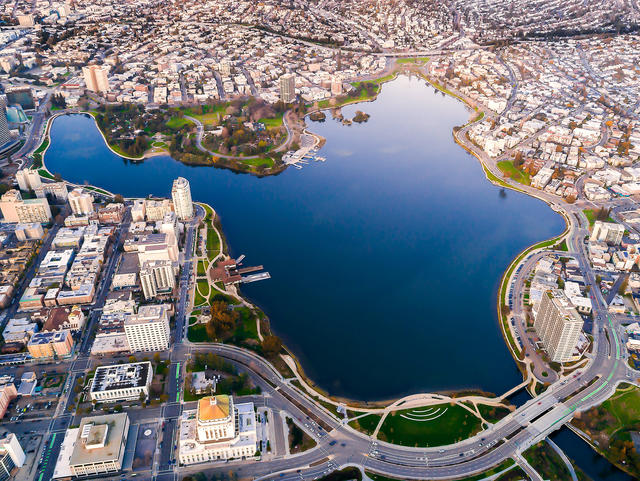 Lake Merritt is a jewel of Oakland.

I’m always looking toward history in an effort to make sense of our current moment, and few books have been more useful lately than “Right Out of California: The 1930s and The Big Business Roots of Modern Conservatism” by Kathryn S. Olmsted. We may be the biggest blue state now, but Olmsted brilliantly explains how titans of industrial agriculture, in their vicious battle against New Deal-era labor reforms, pioneered the political (and media) strategies that gave rise to Nixon, Reagan, and today’s Republican Party.

There’s a booth at the Laney Flea Market called Neza that makes the best barbacoa quesadillas and consommé in the universe. I’m not usually the type of person willing to wait in a long line for food, but this place is worth it.

As a local historian, it would be my dream to hear about Oakland from people who lived here during three wildly different eras: Delilah Beasley, Jessica Mitford, and Tupac Shakur. Beasley wrote the most important book on California’s early Black history (published in 1919), Mitford renounced her aristocratic British upbringing to become an early civil rights activist and journalist and, well, everybody knows who Tupac was. It wouldn’t be hard to get the conversation going, because all three were fiercely dedicated to challenging racial injustice. I don’t think I’d start the evening by asking about their confrontations with the Oakland police, but I’d definitely raise the issue after a few drinks.

What's a Bay Area issue that you don't think gets enough coverage?

We have access to more information than ever before, but I’m concerned about the longevity of this era’s data. For example, I can easily track down century-old newspapers at the library, but articles I wrote for alt-weekly magazines ten years ago have already disappeared down a digital black hole. I come across so many dead links during my research and I fear that this historical void is quietly growing. It’s obviously not only a Bay Area problem, but as the global tech capital, this feels like a dilemma we’ve played a huge role in creating — and should also be responsible for addressing.