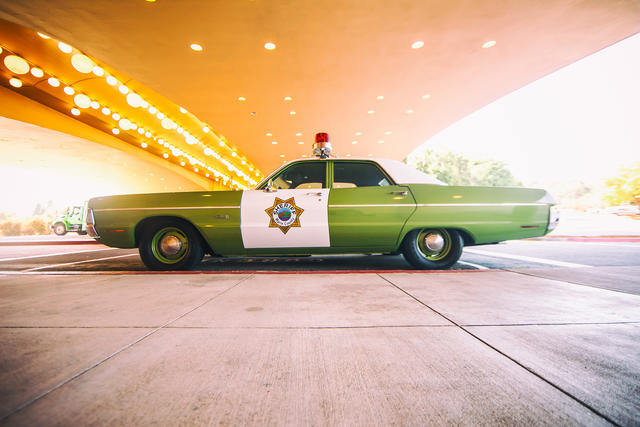 Criminal cops represent a fraction of the force, but they would likely have been ousted in other states.

After U.C. Berkeley journalists obtained a list of criminal convictions of California law enforcement officers, the state's attorney general warned them to destroy it or face legal action. Instead, they collaborated with newsrooms across the state to investigate the document. Among the findings: 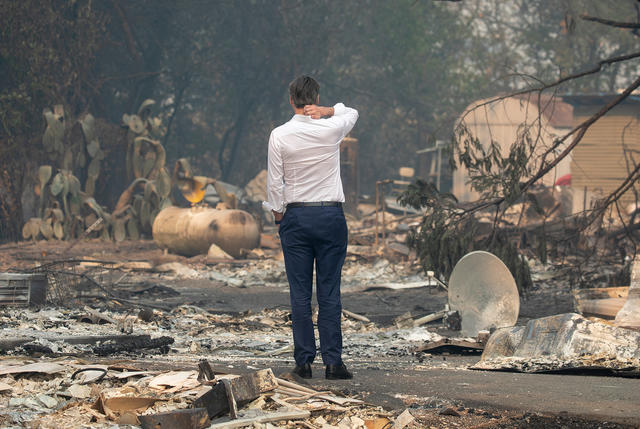 Gov. Gavin Newsom surveyed a home destroyed in the Kincade Fire on Oct. 25 in Geyserville.

Gov. Gavin Newsom has excoriated PG&E for mismanaging funds that he says should have gone to infrastructure upgrades. But over the past two decades, Newsom and his wife accepted more than $700,000 from PG&E, its foundation, and its employees as the utility supported his political campaigns, his ballot initiatives, his inauguration festivities, and his wife's foundation, according to a review of records. Washington Post

Some elected officials and experts say decades of chumminess between regulators and PG&E has played a part in the wildfire crisis California finds itself in. Sacramento Bee 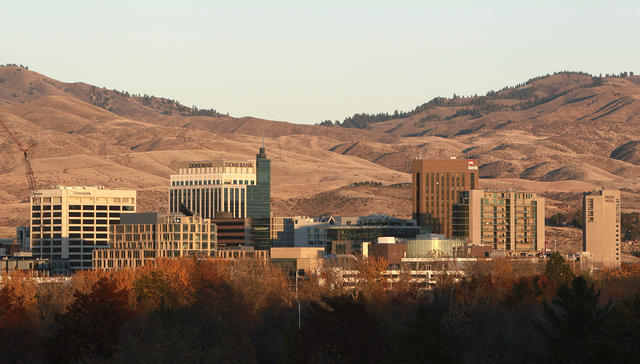 Joe Jaszewski for The Washington Post via Getty Images

A candidate in Boise's recent mayoral election ran on a simple platform: Stop the California invasion. A stream of Californians drawn to Idaho's leafy and more affordable capital has locals bristling. "If you come here and love it, everything's fine," a local homeless advocate said. "If you come here and fly that California flag in your driveway and have stickers on your car that say, 'Santa Cruz,' there's going to be some hard feelings." L.A. Times

Google is collecting and analyzing health records from tens of millions of Americans across 21 states through a deal with the country's second-largest health care system. The data includes names, dates of birth, lab results, diagnoses, and other information — without patients being informed. A U.S. senator called it "beyond shameful." Wall Street Journal | Reuters 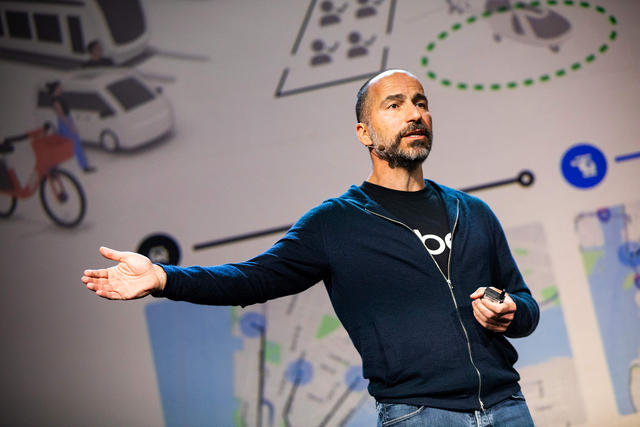 Dara Khosrowshahi, Uber's CEO, offered a charitable take of the Saudis' role in murdering journalist Jamal Khashoggi: "I think that people make mistakes, it doesn't mean that they can never be forgiven." Saudi Arabia is Uber's fifth largest shareholder. Khosrowshahi later apologized for the comments, but they had already pumped fresh life into a boycott campaign. Vanity Fair | TechCrunch 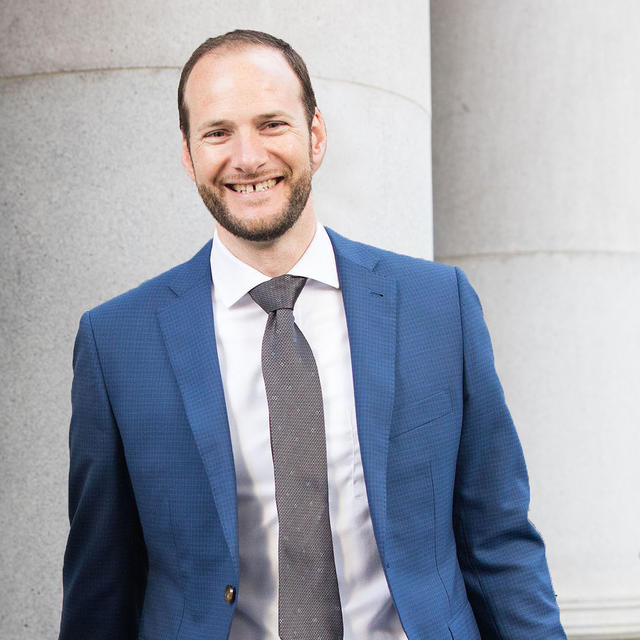 Chesa Boudin, 39, is a Rhodes Scholar and graduate of Yale Law School.

Chesa Boudin, a public defender who never prosecuted a case, is San Francisco's new district attorney-elect after stunning Suzy Loftus, the choice of the Democratic establishment. He vowed to crack down on police misconduct, reduce jail populations, and end cash bail. He learned he won the job while visiting his father in prison. L.A. Times | S.F. Chronicle

"I've got my lunch here, it's very threatening as you can see."

Protesters held a lunchtime "eat-in" in the BART system after a police officer was captured on video detaining a man who ate a sandwich on a train platform. The man, who is black, argued and ended up in handcuffs for "resisting." Public outrage prompted an apology from the BART's general manager. SFGate.com | SFist

A BART police union demanded an apology from a BART official who participated in the eat-in protest, accusing her of "advocating lawlessness." S.F. Examiner 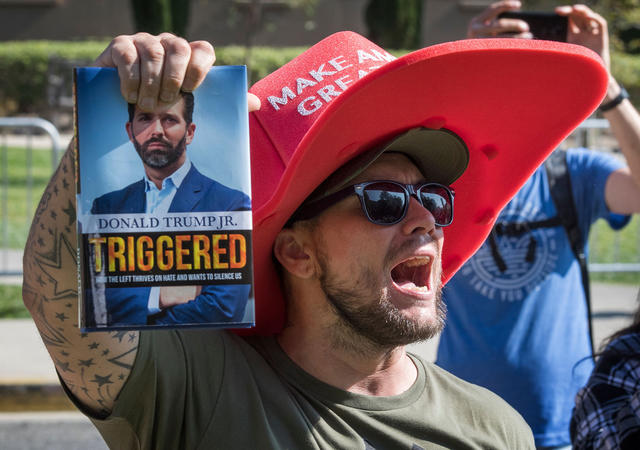 A supporter of President Trump during a visit by Donald Trump Jr. at UCLA on Sunday.

Donald Trump Jr. came to UCLA to promote his book expecting to be taunted by liberal protesters. "Name a time when conservatives have disrupted even the furthest leftist on a college campus," he said to the crowd. "It doesn't happen that way. We're willing to listen." Then a group of far-right conservatives, angered that he wasn't taking questions, heckled him off the stage. The Guardian | Washington Post

A freshman at San Diego State University died after an event at a fraternity. All 14 of the campus's fraternities have been suspended. Few details were released, but the university president said police "uncovered information which alleges that a fraternity was involved in possible misconduct." S.D. Union-Tribune | Daily Aztec 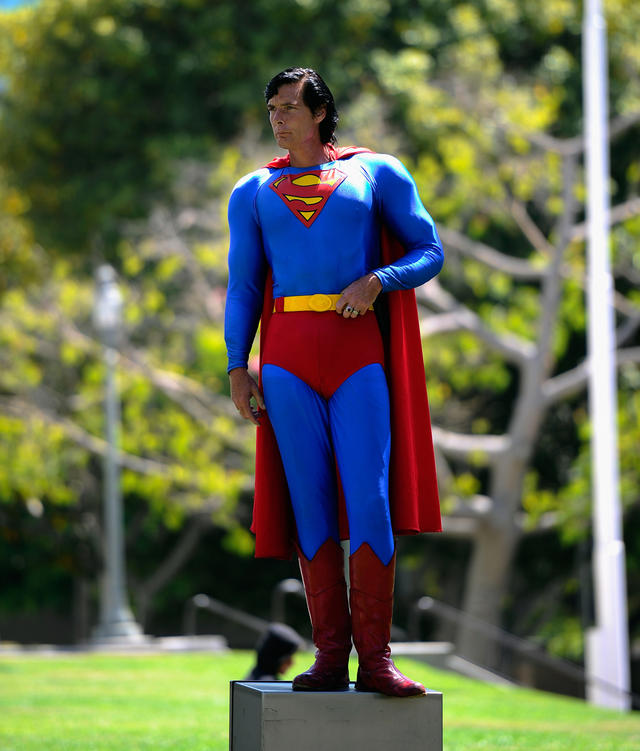 Christopher Dennis was a staple of Hollywood Boulevard before spiraling into drug addiction.

For more than two decades, Christopher Dennis portrayed Superman on Hollywood Boulevard. Known as unfailingly polite, he lived a few blocks away in a small apartment filled with Superman paraphernalia. Last week, TMZ reported that Dennis had been found dead at the age of 52, apparently homeless and lying in a metal bin. Columnist Nita Lelyveld went to the boulevard, where she learned about the reality of life on the Walk of Fame. "Nobody cares about nobody out here," a Freddy Krueger said. L.A. Times 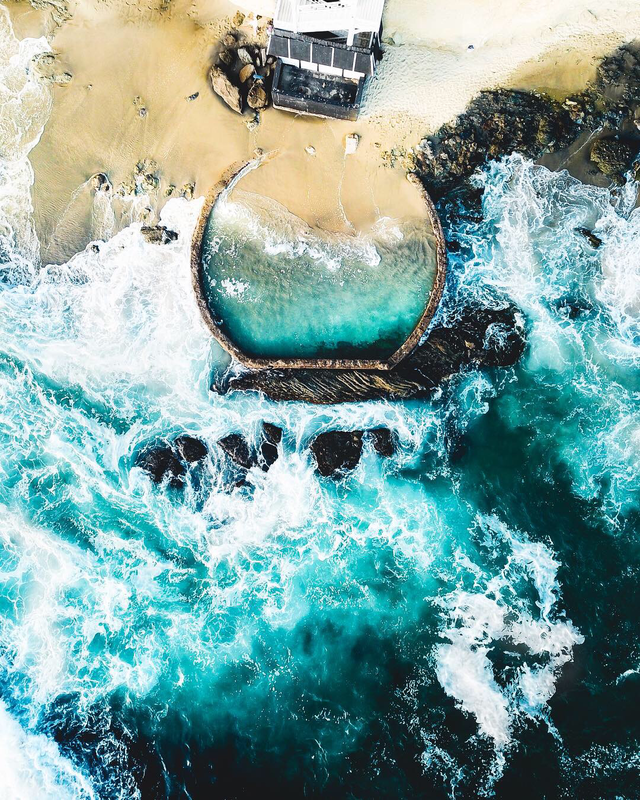 Here's Victoria Beach, one of Southern California's great beaches for explorers. Easily missed, it's nestled off Pacific Coast Highway in Laguna Beach behind a neighborhood of mansions. Those who make the trek down a long staircase are rewarded with caves, tide pools, a circular stone pool, pictured above, and a 60-foot tower that looks like it belongs in a fairy tale. California Through My Lens | California Beaches