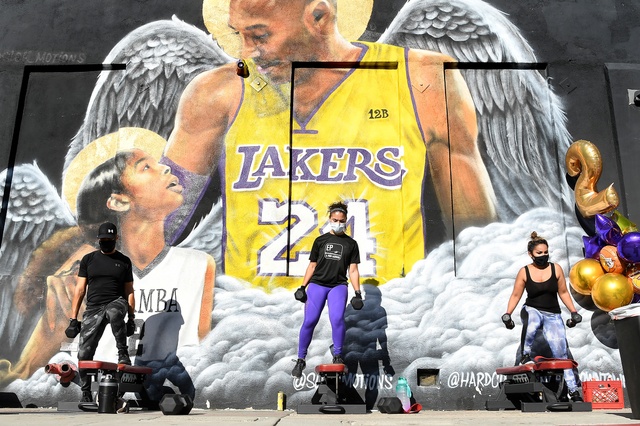 A guitar shop where the lessons business collapsed 95%. A gym that took its business onto the sidewalk. A restaurant rescued by margaritas to go.

In a major reporting effort, the L.A. Times examined how the coronavirus has transformed a single street, Pico Boulevard, stretching from downtown Los Angeles to Santa Monica. The engrossing online presentation takes you visually along the route and into each shop.

During a coronavirus outbreak at a Foster Farms chicken processing plant in Fresno last December, local public health officials said they were on the case. But emails obtained through a transparency law showed that the officials tipped off corporate leaders about an impending inspection and coordinated media talking points with them, the Fresno Bee reported. At least five of the plant workers died in connection with the coronavirus.

California has been among the five worst states in the nation for getting its most vulnerable residents vaccinated against the coronavirus, a CDC study found. Better-performing states — including Arkansas, Alabama, and Louisiana — were found to have prioritized outreach early in the rollout, offering free transportation to vaccine sites and partnering with local groups. S.F. Chronicle 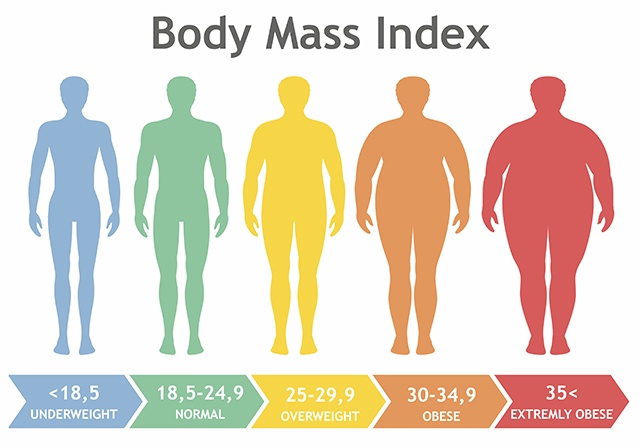 ☝️ If you look like the yellow guy you can get a coronavirus vaccine now in San Diego County.

The state's expanded eligibility criteria has allowed people with severe obesity to get inoculated. But some counties have set a body mass index threshold much lower than the state's recommendation of 40 or higher. San Francisco dropped the minimum to 30. In San Diego, it's 25, a level that a local broadcaster noted would let most of the Padres roster get the vaccine. KGTV | NBC San Diego 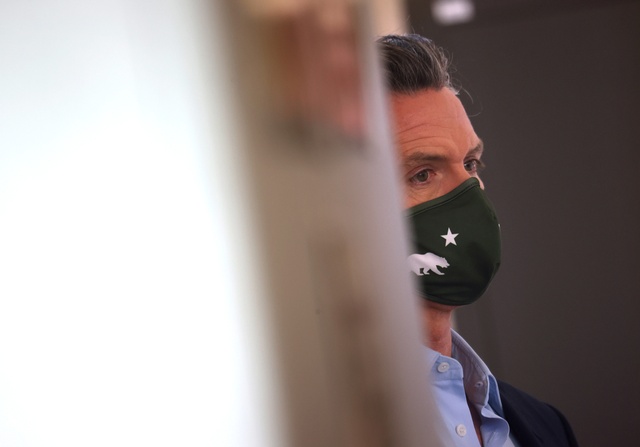 Gov. Gavin Newsom has portrayed recall supporters as coming from the far-right fringe.

Supporters of recalling Gov. Gavin Newsom said they had submitted 2,117,730 signatures by Wednesday's deadline, a number that appeared to ensure the vote would appear on the ballot later this year. Three Republicans have declared their candidacy: Kevin Faulconer, a former San Diego mayor; John Cox, a businessman; and Doug Ose, a former congressman. Newsom this week sought to paint his adversaries as racists. They're not motivated by the lockdowns, he said, but rather the state's diversity, or what he called “the browning of California.” S.F. Chronicle | L.A. Times

Newsom spent the past year as one of the nation's most restrictive pandemic governors. Now that he’s throwing the doors open, some critics are accusing him of ulterior motives. “So he is changing the blueprint rules without any logical reason,” said Jeff Smith, the Santa Clara county executive and a physician. “Our futures are in the hands of a governor trying to stop a recall. He has already killed tens of thousands by opening too soon in May. Now he wants to do it again.” Politico 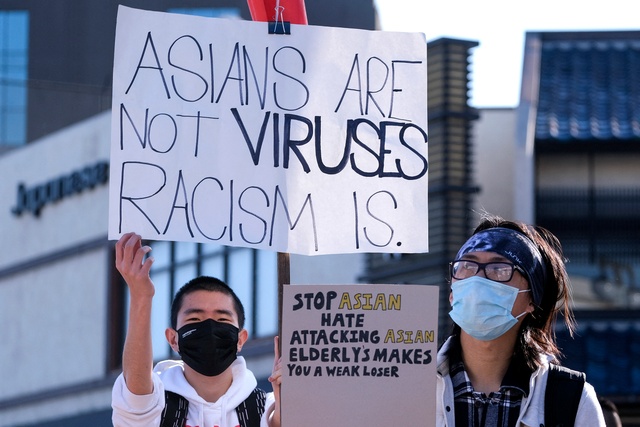 "It just simply broke my heart." “We’ve always known about this type of hate.” "People feel like we have a target on our backs."

Asian American communities across California reacted with horror to the shooting rampage in the Atlanta area that left eight people dead — six of them women of Asian descent. Some described it as the culmination of a year of anti-Asian racism. In San Francisco, fresh reports emerged of two more attacks; in one case, a 76-year-old woman said she was punched in the face. The mayor ordered heightened police patrols. KQED | S.F. Chronicle 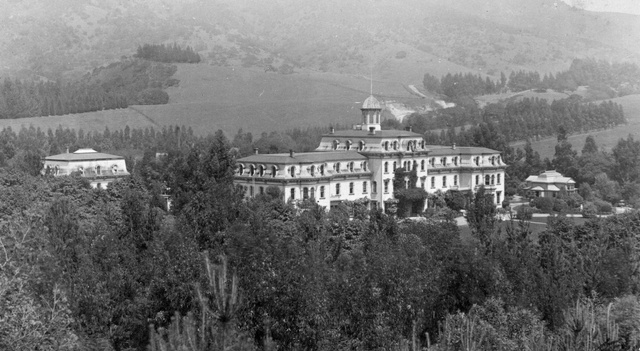 Mills College in Oakland, circa 1890.

Mills College in Oakland, among a dwindling number of women's campuses in the country, announced plans to close after a run of 169 years. Founded just two years after California became a state, the small private college had faced years of declining enrollment amid competition from lower-cost public institutions. Coronavirus, the college said in a statement, pushed it over the edge. Mercury News | EdSource

A retired Los Angeles homicide detective hurled the n-word at a Black motorist during a roadside argument captured on video last weekend. At one point, the former detective, identified by L.A. Taco as John Motto, said, "Go back into your little cage until the monkey controller gets here.” Los Angeles County's district attorney announced Wednesday that he would review more than 300 cases involving the retired detective, potentially affecting the convictions in a range of serious crimes. L.A. Taco | L.A. Times

The police department in the North Coast community of Eureka was in crisis mode after vulgar texts among a group of officers were leaked to the Sacramento Bee. In one message, an officer called for shooting a suspect in the face. In others, officers proposed assaulting "hippies" and joked about ogling the breasts of a mentally ill woman. Two officers were placed on leave. The police chief said he was "deeply saddened and disturbed." Sacramento Bee

A crafty squirrel smeared rattlesnake skin into its fur.

Fun fact: California ground squirrels have devised an ingenious way to protect themselves from rattlesnake attacks. When they happen upon a shedded rattlesnake skin, the squirrels chew it up and smear the mush all over their fur and that of their pups. Rattlers, which hunt by smell, become oblivious to their presence. Here's a great little video showing squirrels in the act. PBS Nature (~2 mins) 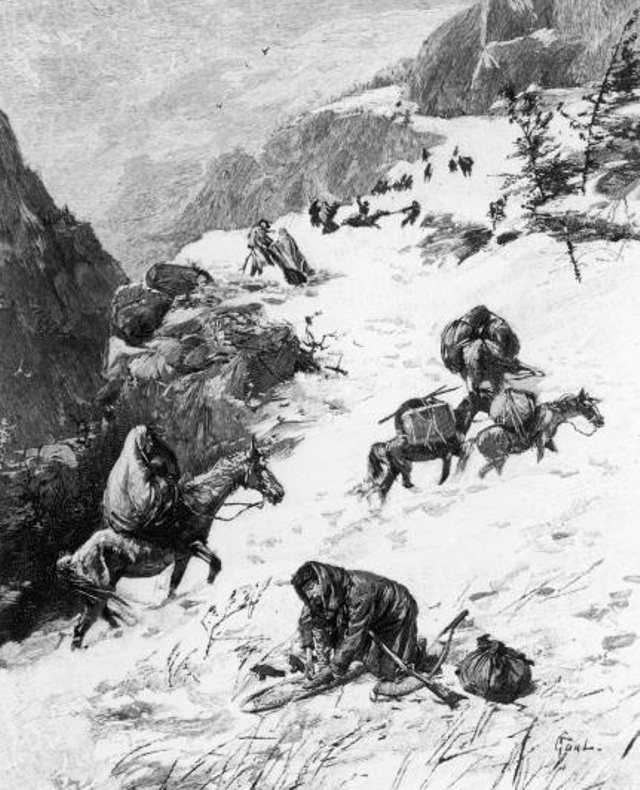 An artist’s depiction of the Donner Party, snowbound in the Sierra.

The familiar story of the Donner Party is one of misfortune, madness, and profound isolation. But archaeologists have come to believe that the Midwestern migrants who became trapped in the northern Sierra during the winter of 1846-47 were not alone.

While October snowfall represented a catastrophe for the pioneers' wagon train as they crossed the mountains, it would have been wholly ordinary to members of the local Washoe tribe, whose way of life had been adapted to the Lake Tahoe region for thousands of years.

During the warm months, the natives gathered stores of pine nuts, roots, and dried rabbit meat. In the winters, they wore cloaks of rabbit fur, ice fished, and huddled in willow huts with central fire pits. Three winters before the arrival of the Donner Party, the frontiersman John Fremont recorded an encounter with the Washoe. As his men struggled through deep snow, he wrote, three natives were seen, “circling around us on snow-shoes and skimming along like birds.” The tribesmen returned later with an offering of pine nuts. 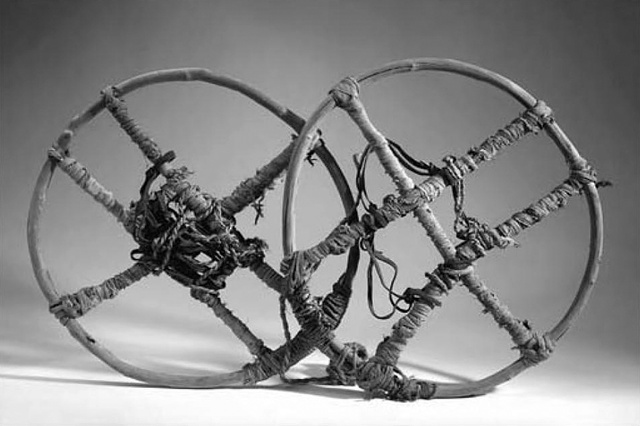 The Washoe used snowshoes fashioned from bent hardwood and animal sinew, similar to these.

American Museum of Natural History, via “An Archaeology of Desperation”

According to Indigenous histories, Washoe scouts kept close track of strangers in their territory. The migrants, among the few whites they had ever seen, would have aroused intense interest. But Donner testimonies mentioned only a few encounters. In one, William Eddy, a carriage maker from Illinois, fatally shot a Washoe man who had fired arrows into their oxen. In another, a tribesman emerged from the wilderness and offered the foreigners a handful of edible roots.

But those almost certainly weren’t the only encounters. The 2011 book “An Archaeology of Desperation” introduced historical accounts overlooked in the popular telling of the Donner story: those passed down to the great-great-grandchildren of Washoe members present during the Donner encounters.

Numerous times, according to the oral histories, Washoe scouts brought the stranded migrants food — including a deer carcass, fish, and wild potatoes — but were met with hostility. On one occasion, an offering of fish was refused. On at least three others, the Washoe approached the Donner camps with food only to be met by gunshots, leaving one man dead. 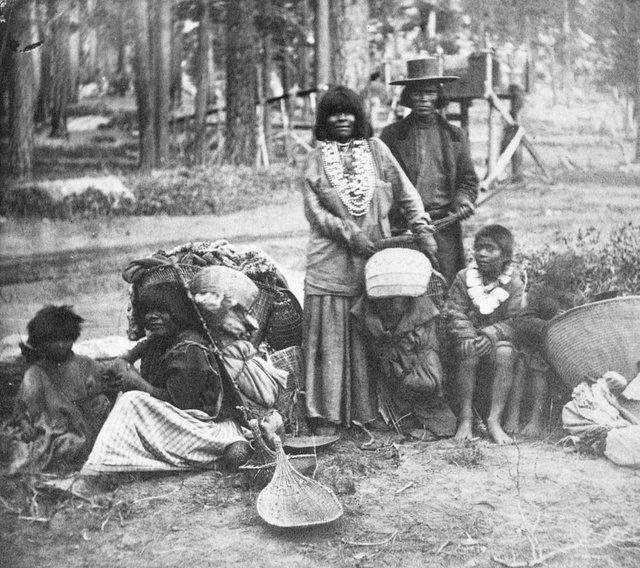 When a scout saw the white people cannibalizing their dead, the tribe was said to retreat, afraid they too might be killed and eaten. From then on, the Washoe referred to the migrants as “not people.”

Of roughly 80 pioneers who set out for California from Missouri, only half survived. Their apparent distrust of the Sierra natives, even as starvation loomed, likely came from their experiences on the trail, historians say. During the three weeks before their arrival in Washoe country, members of the migrant train reported being shot at and robbed of horses and cattle. But native histories, supported by archaeological evidence, suggest the Washoe tried to help them, wrote Julie Schablitsky, an archaeologist who performed excavations at the Donner site in the early 2000s.

Once the migrant camps were deserted, tribal members returned to burn and bury objects left behind in a bid to drive away unwelcome spirits. But the Donner Party was only a harbinger of what was to come. Gold was discovered down the mountain range a year later. Before long the region was swarmed by prospectors, and the Washoes' way of life was put on a path toward oblivion.