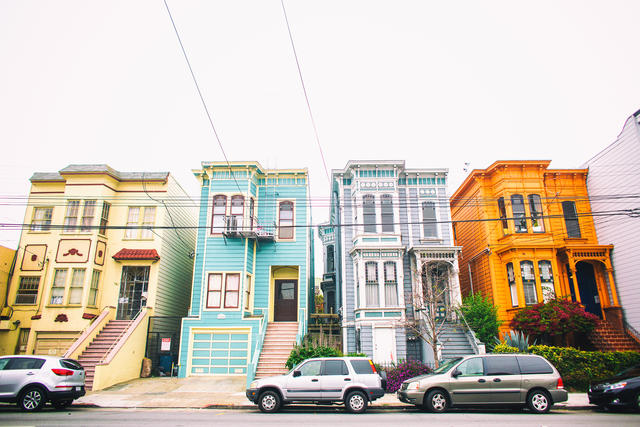 More than half of California's tenant population are considered "rent burdened."

In November, California voters resoundingly rejected a proposition that would have expanded rent control. Even so, Gov. Gavin Newsom said he's ready to sign a bill that would limit annual rent increases statewide to 7 percent plus inflation for the next three years. He wishes it were stronger. "I think we can take it another notch up," he said. L.A. Times

California blocked more than 100 felons and "other prohibited persons" from buying ammunition under a background check law that took effect July 1. The new figures were reported in a court case brought by gun rights groups that are trying to block the law. The groups say the law imposes an undue burden on law-abiding gun owners. L.A. Times 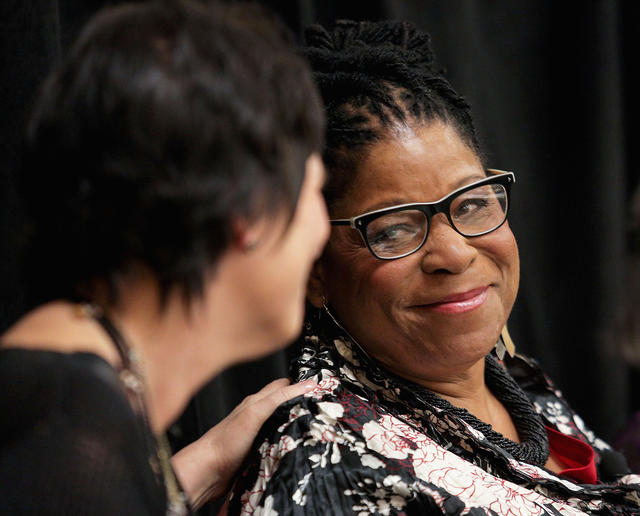 Susan Burton went from a life of drugs to helping former female inmates.

Gov. Gavin Newsom granted pardons to seven people, most of them convicted of low-level drug offenses. Among them was Susan H. Burton, a former inmate who now helps other women transition from prison to society, and Quoc Nguyen, a Vietnamese immigrant facing possible deportation for a 15-year-old gang crime. Sacramento Bee | A.P.

Pacific Standard is shutting down. Founded in Santa Barbara in 2008, the magazine focused on social and environmental justice and won several journalism honors, including two National Magazine Awards. Nicholas Jackson, the top editor, announced on Twitter that the publication's primary funder had cut off support. "I'm scared," he said, "about my future and this industry." The Wrap | Nieman Lab 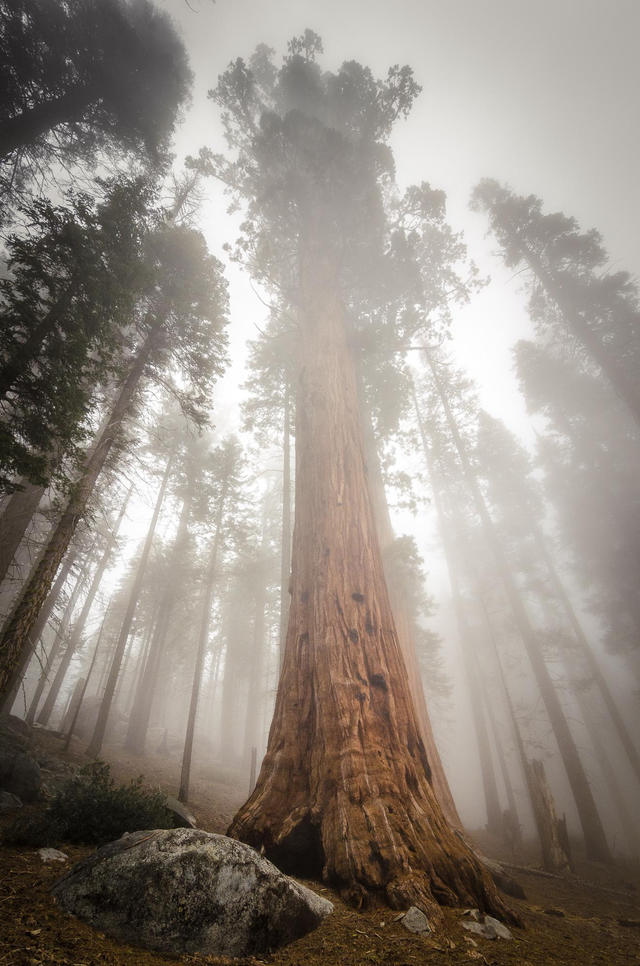 Fun fact: Aside from pumping precious oxygen into the air, California's redwoods sequester carbon dioxide better than just about any tree on the planet. Once mature, a single redwood can store as much as 250 tons of the stuff. An average tree? About 1 ton. A team of arborists has been cloning redwoods as a means to combat climate change. Some have been planted in San Francisco. YaleEnvironment360 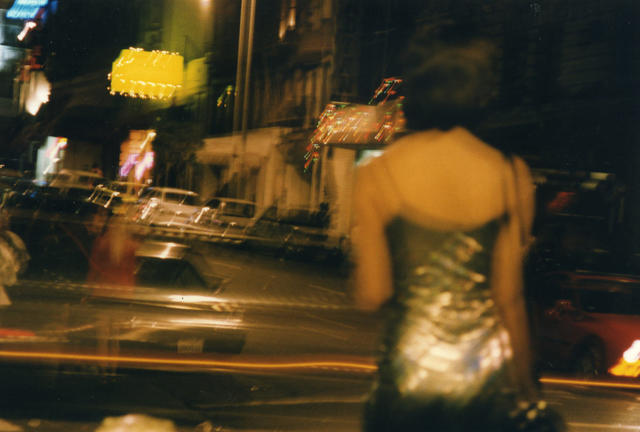 The federal authorities arrested 32 people in a raid of San Francisco's notoriously drug-plagued Tenderloin neighborhood. Officials said most of the defendants were Honduran nationals linked to two global operations that poured heroin and cocaine into the community. "It is my belief that those people living, working, and visiting the Tenderloin neighborhood should not be required to run a gantlet of crime," a prosecutor said. A.P. | S.F. Chronicle

The White House is circulating drafts of an executive order that would combat what it sees as anti-conservative bias at social media companies. Details remained murky. "If the internet is going to be presented as this egalitarian platform and most of Twitter is liberal cesspools of venom, then at least the president wants some fairness in the system," a White House official said. Politico | recode 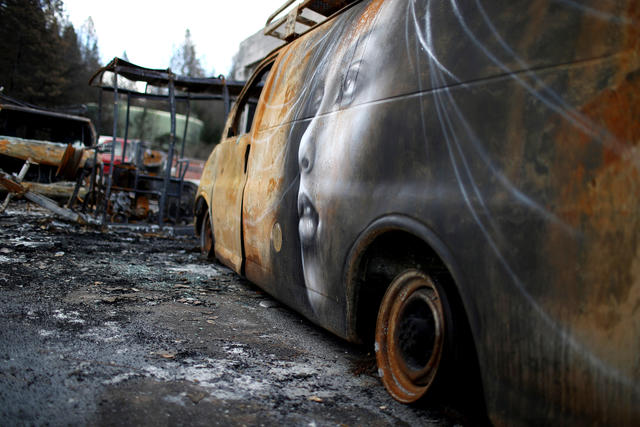 A mural by Shane Grammer in Paradise.

Over the last nine months, Los Angeles artist Shane Grammer has been going back and forth to Paradise, where he has created 19 murals on the town's charred remains. The Sacramento Bee created some interactive 3-D and 360-degree views of the artworks. Sacramento Bee

See more of Grammer's murals in his Instagram feed.

In 2011, a gray wolf from Oregon became the first to be spotted in California since 1924. Now, the state's only known wolf pack has at least three new pups. Trail cameras in Lassen County captured the pups, which can be heard yipping and howling, in June. KQED | A.P. 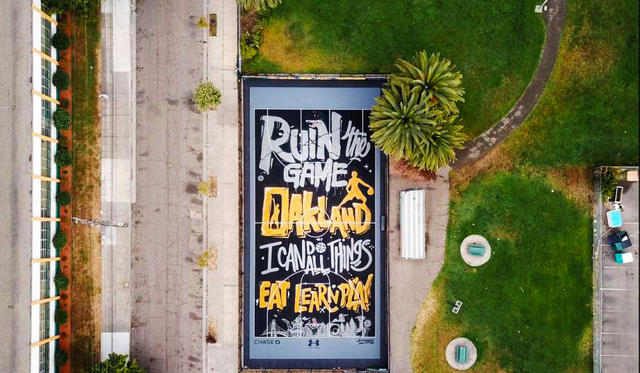 Stephen Curry helped get a basketball court in Oakland fixed up.

An Oakland man had been trying to get the city to fix his local basketball court for months. Out of frustration he sent a message to his 80 Twitter followers pleading for help, adding the handles of the Golden State Warriors. That's when Stephen Curry stepped up, roping in Under Armour and Chase as sponsors to fix up the park. The fully remodeled court was unveiled this week, with Curry himself on hand to help break in the rims. SFGate.com | KQED

Kevin Durant's parting gift to San Francisco was a basketball court that doubles as a work of art. Medium

A man went on a two-hour stabbing spree across Southern California, killing four people and wounding two others, authorities said. A 33-year-old man was taken into custody as he came out of a 7-Eleven in Santa Ana. The police said the attacks appear to have been random. "It's just pure hate — this guy did this," a police official said. "We know this guy was full of anger and he harmed a lot of people tonight." O.C. Register | NBC Los Angeles 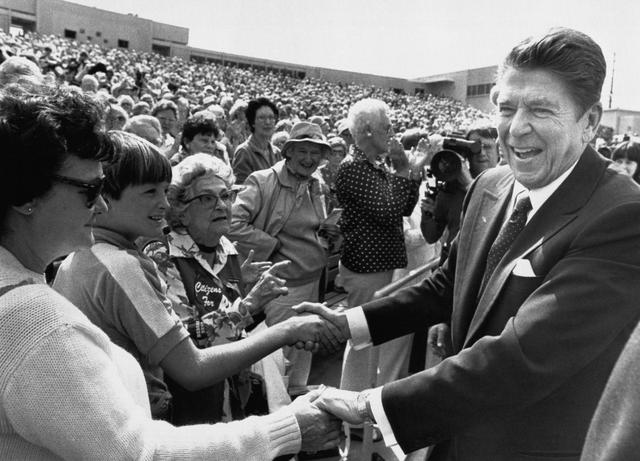 Ronald Reagan greeted supporters at a retirement community in Seal Beach in 1980.

Orange County, once a fortress of conservative Republicanism in California, has officially turned blue. Newly released statistics showed that the resting place of Richard Nixon is now home to 547,458 registered Democrats, compared with 547,369 Republicans. A Republican consultant blamed President Trump's takeover of the party. "It is choosing extinction over evolution," he said. "It is the end of the line." CALmatters | Politico 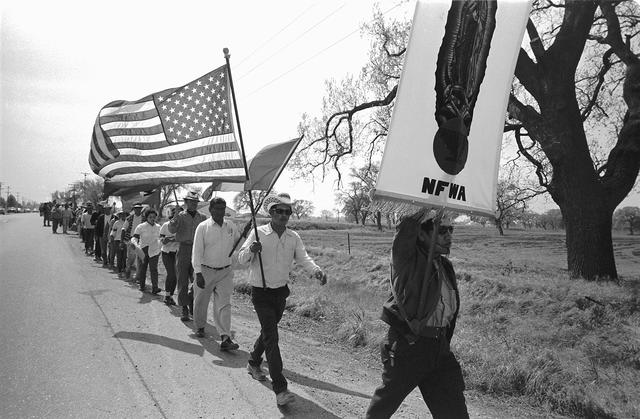 Grape pickers marched on a road from Delano to Sacramento in 1966.

Delano became the first city in conservative Kern County to become a sanctuary city. The resolution is consistent with state law that already limits cooperation with immigration agents, but it carried added symbolism coming from the birthplace of California’s great grape strike of 1965. "A sign of how times have changed," author Miriam Pawel wrote on Twitter. Bakersfield Californian | KGET

Danny Trejo, one of Hollywood's best-known villains, played a real-life hero when he helped rescue a baby trapped in an overturned car in Los Angeles. "Everything good that has happened to me has happened as a direct result of helping someone else," 75-year-old Trejo said later. "Everything." KABC | CNN 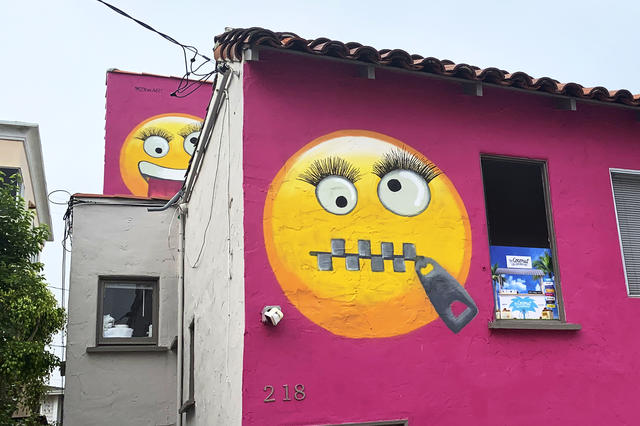 A house in Manhattan Beach got an emoji-themed makeover.

A Manhattan Beach woman gave her home a new paint job featuring two giant yellow emojis on a bubble-gum pink background — and neighbors are livid. It appeared after the home was reported for offering short-term rentals, resulting in a fine. At a city council meeting, residents called the handiwork graffiti and an attack. A TV station asked the owner if it was intended as retaliation. "Oh no, no, no, no, no, no, no," she said. "Never." KABC | A.P.