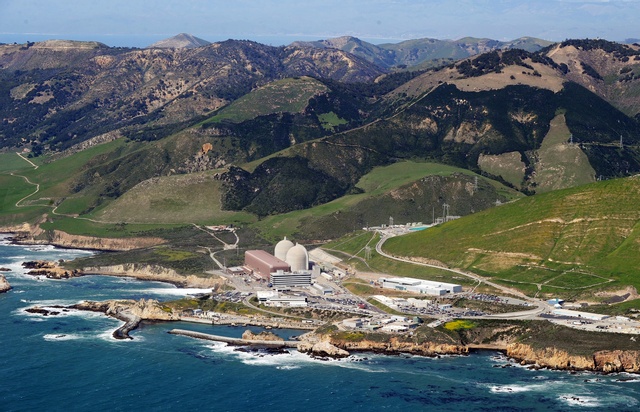 Diablo Canyon Nuclear Power Plant sits on the edge of the Central Coast.

Yet with Diablo set to begin powering down in three years, there is no plan to directly replace all of its lost output. As a result, researchers expect California to emit an additional 15.5 million metric tons of planet-warming carbon over the next decade. L.A. Times

New research suggests that California hospitals have been vastly overstating coronavirus hospitalizations of children. During the pandemic, hospitals have tested all patients for Covid-19. But scientists who analyzed data at two Northern California hospitals found that at least 40% of young patients classified as coronavirus hospitalizations were actually asymptomatic, having come in for other medical reasons. Children have accounted for so few coronavirus deaths in California that the state lists their proportion of the total as 0%. For people 50 and older, it's 94%. USA Today | Mercury News 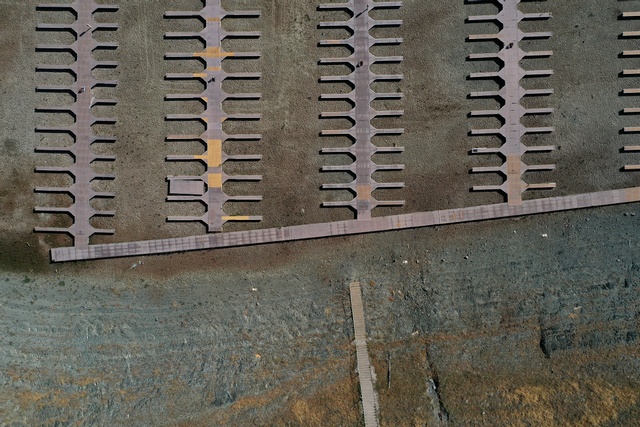 ☝️ Those strange objects in the dirt are boat slips at Folsom Lake near Sacramento last week.

California hasn’t seen a two-year period this dry in nearly half a century. And just like the last drought, the state is unprepared for what's likely coming, experts say. “We are in worse shape than we were before the last drought," said Jay Lund, a water expert at UC Davis, "and we are going to be in even worse shape after this one.” CalMatters

It's not just Arizona. Trump loyalists have been increasingly agitating for 2020 election recounts across the country. Among them are conservative activists in San Luis Obispo County who have run local radio ads alleging that "election integrity is under attack." More than 100 residents lodged concerns about the county’s Dominion voting machines at the May 4 Board of Supervisors meeting. Their demands: a "forensic audit," mandatory voter ID laws, and an end to mail-in ballots. Washington Post 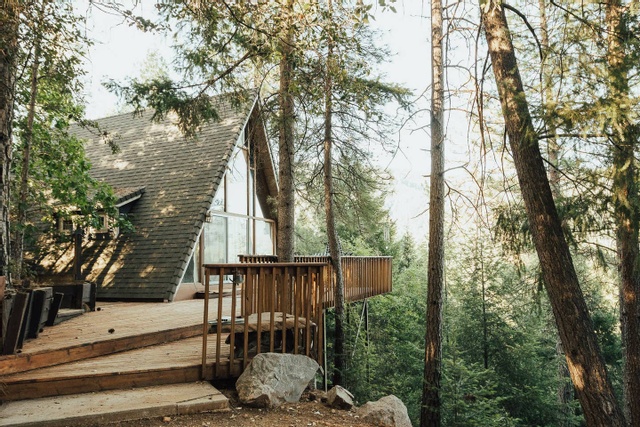 A hot tub overlooking Joshua Tree. A cottage on the shore in Stinson Beach. A lofted studio among the redwoods near Mendocino. And a secluded A-frame at Shasta Lake, pictured above.

Conde Nast curated a list of the 31 best AirBnbs in California. 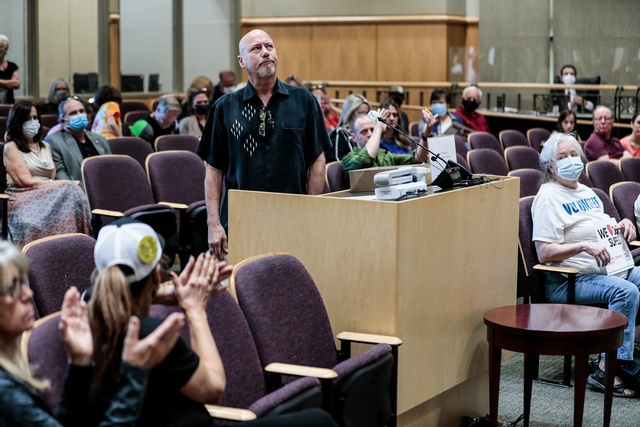 A militia that brags about links to law enforcement has been fueling a civic revolt in Shasta County, campaigning to oust supervisors who supported coronavirus restrictions and issuing vague threats of violence. An L.A. Times report focused on a militia member named Carlos Zapata, a 42-year-old combat veteran. In a video, Zapata warned residents not to report businesses that violate health orders. "We know where you live," he says. "We know who your family is. We know your dog’s name.” L.A. Times | Talking Points Memo

Seventeen Walgreens have fled San Francisco in the last five years as a result of rampant shoplifting. Retailers attribute the majority of their losses to organized crime syndicates rather than individuals who may be driven by poverty. “This has been out of control,” said supervisor Ahsha Safaí. "People are scared to go into these stores — seniors, people with disabilities, children. It’s just happening brazenly." S.F. Chronicle 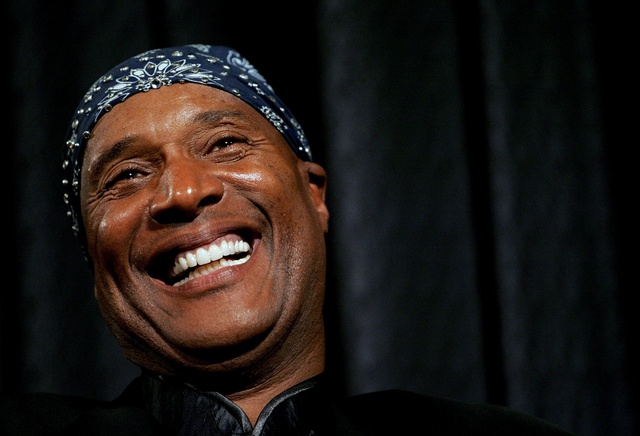 Paul Mooney died. The Oakland comedian was a longtime writing partner of Richard Pryor's and won fans with incisive routines on racism and American life. Mooney was less famous than Pryor but was a major influence in comedy, serving as head writer on “In Living Color” and writing and performing on "Chappelle’s Show" in the 2000s. Mooney suffered a heart attack, his publicist said. He was 79. A.P. | N.Y. Times

“They came to fight with Jewish people.”

According to witnesses, several men who emerged from a vehicle flying a Palestinian flag attacked a group of Iranian Jewish men dining outdoors at a sushi restaurant in Los Angeles. The authorities are investigating the attack as an antisemitic hate crime. L.A. Times | CBSLA

Video of the incident. 👉 @DillonHosier 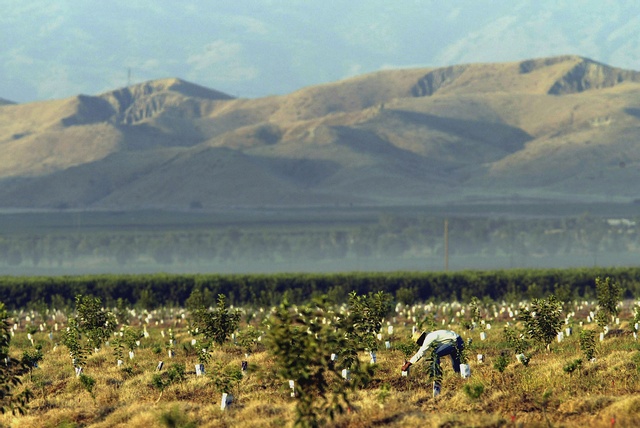 Kevin McCarthy's district is home to many immigrant farmworkers hit hard by the pandemic.

An analysis found that Rep. Kevin McCarthy's constituents are among those who have benefited most from President Biden's aid programs. With high rates of poverty and a younger population, Kern County residents have relied heavily on the expanded child tax credit, enhanced unemployment benefits, and stimulus checks. McCarthy has denounced the spending as "socialism." Washington Post 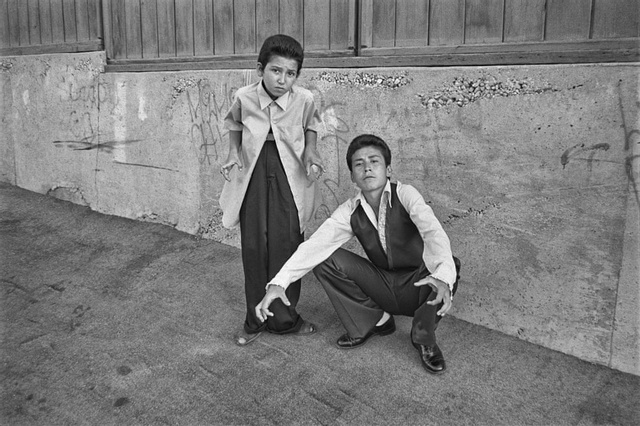 The photographer Merrick Morton has been documenting Los Angeles' gangs for four decades. Asked to select his best photo, he chose the above image of two boys in the Pico-Union neighborhood in 1982. They were dressed up for a quinceañera. Morton said he was drawn to the younger boy's stare. "Maybe I’m wrong but I see a sense of fear," he said. "There’s apprehension there, and deep down I think that’s there in a lot of gang members." The Guardian 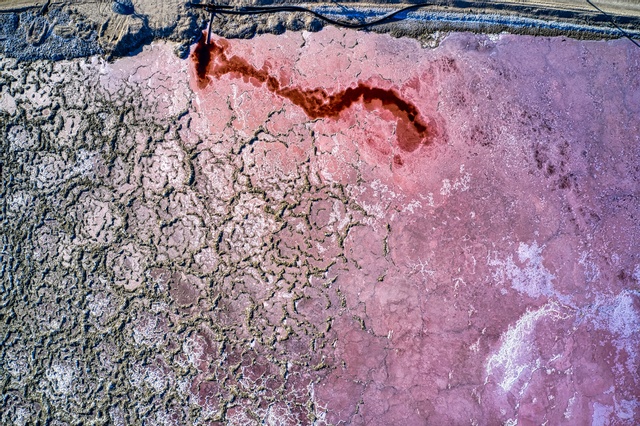 Deep within the desert east of Bakersfield is a dry lakebed embedded with untold glittering gems.

Millions of years ago, volcanic activity upstream created mineral-laden rocks that were ground up by glaciers. Runoff brought the minerals to a vast lake that dried up as the earth warmed, leaving layers of brine that were baked by the sun into crystals. Discovered by a miner in 1862, Searles Lake became recognized as the world's richest chemical storehouse, exploited for minerals used in products from charcoal briquettes to baking soda, fertilizer to attic insulation. It also contains specimens of spellbinding hanksite and pink halite. Every fall, Searles Valley Minerals lets the public descend on the lakebed and break off chunks of crystals with crowbars and pickaxes. They emerge with gems like this. 👇 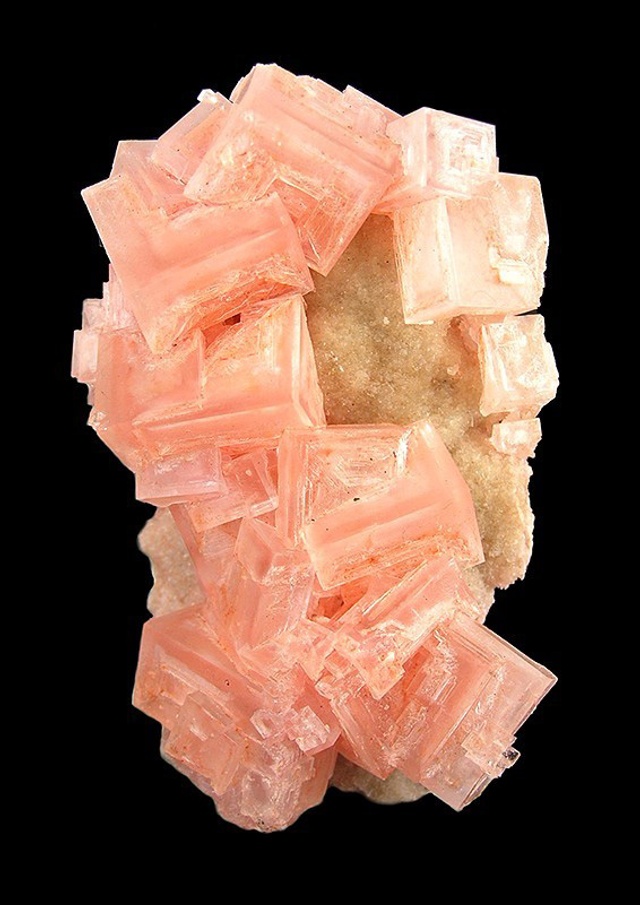