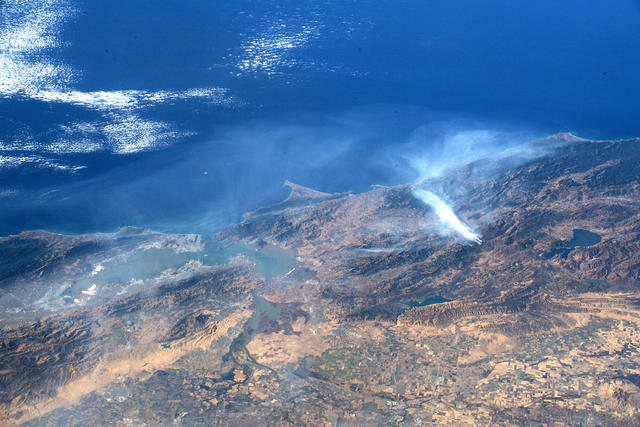 A NASA astronaut snapped photos of the Kincade Fire from the International Space Station.

"We have turned the corner."

Howling winds on Wednesday propelled more than a dozen fires across California, but firefighters were able to gain the upper hand on the most distressing threat: the massive Kincade Fire in Sonoma County. That blaze was 45 percent contained after an all-out assault by thousands of firefighters. Nearly all of the 185,000 evacuees were allowed to return home. Press Democrat | S.F. Chronicle

After issuing an "all clear," PG&E began restoring power across Northern California. The utility said there were 83 cases of equipment damage since Saturday that could have sparked fires. S.F. Chronicle | KCRA 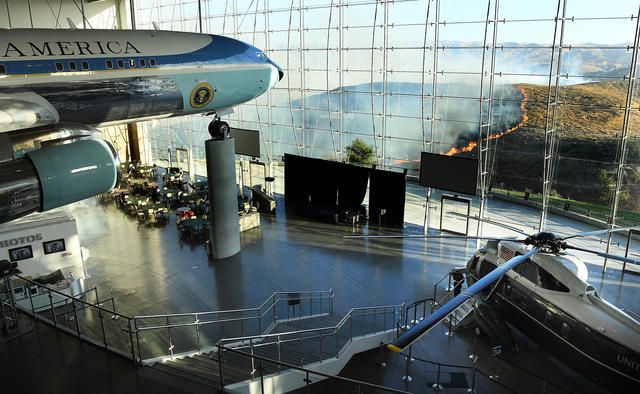 President Reagan's Air Force One was on display at the Reagan Library as the Easy Fire burned in the hills on Wednesday.

In Southern California, strong Santa Ana winds fanned a new blaze north of Los Angeles that quickly spread to more than two square miles and forced about 30,000 people to evacuate. Flames surrounded the hilltop Ronald Reagan Presidential Library in Simi Valley, prompting an attack from land and sky that left it sitting like an island in a soot-black sea. The Easy Fire was just 5 percent contained late Wednesday, and the fierce winds weren't done. L.A. Times | A.P.

Horses were seen running through smoke and ash to escape the flames. Ventura County Star | CBSLA

Historian Nathan Masters likened the Santa Anas to a bill that comes due every year for all those days of great weather. N.Y. Times 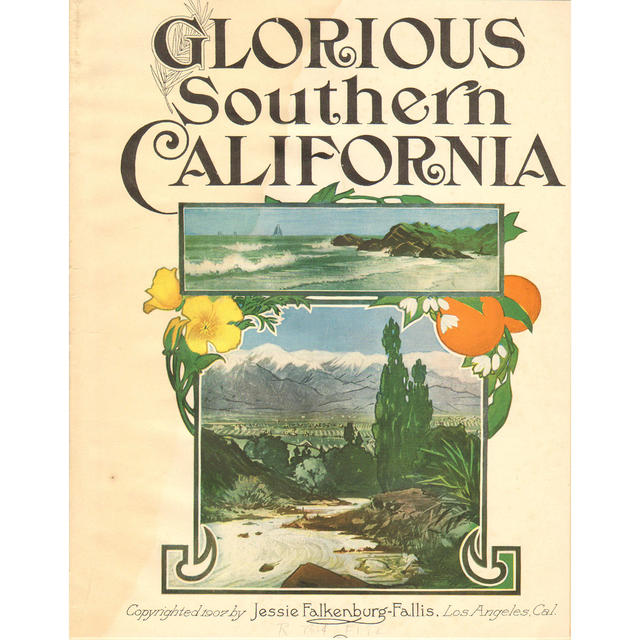 Images of a sunny paradise on the Pacific have been replaced by those of fire and despair. 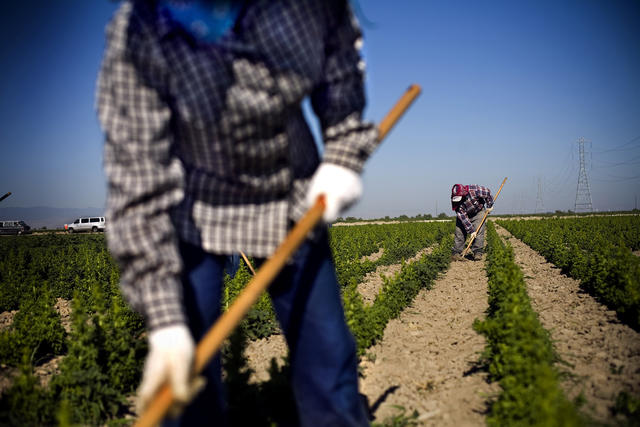 Migrant laborers worked in the lettuce fields near Fresno.

Several Central Valley members of Congress are pushing a bill that would carve a path to legal status for more than 250,000 California farmworkers who are in the country illegally. Farmers have complained bitterly about their industry's labor shortage. Even so, a senior administration official told McClatchy the White House is unlikely to back the measure. An agricultural leader said farmers don't want to use unauthorized labor. He added: "But you have to give us a legal workforce and immigration reform to do that." Fresno Bee | YourCentralValley.com

"They are trying to circumvent the will of the people of California."

On Oct. 11, Gov. Gavin Newsom signed legislation banning private prisons and immigrant detention facilities from operating in California. But it doesn't kick in until Jan. 1. So the U.S. Department of Homeland Security is scrambling to grandfather in new long-term contracts for four private immigrant detention facilities across the state. Desert Sun 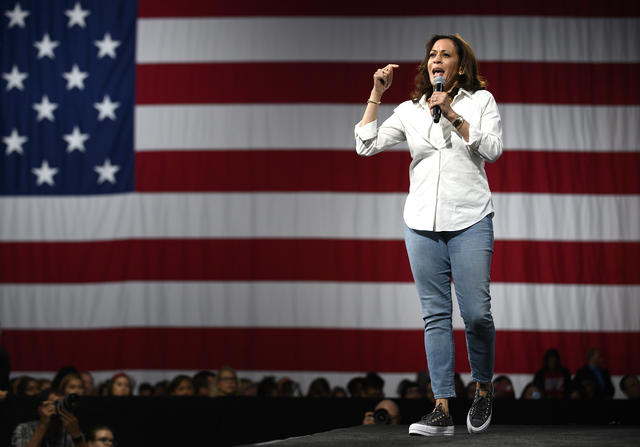 Sen. Kamala Harris, seen at an event in Des Moines, is polling a distant fourth in California.

Most Democratic presidential campaigns are spending far less time and resources in California than in Iowa, a state with fewer people than Orange County. Former Gov. Jerry Brown had hoped to attract more attention from candidates after he signed a bill shifting California's 2020 primary date from June to March, making it a Super Tuesday state. But with Iowa and New Hampshire still on the calendar in February, it hasn't worked out. "None of what happens in a Super Tuesday state prior to Iowa and New Hampshire is relevant unless it's an error," a strategist said. Politico

Sen. Kamala Harris is slashing staff and redoubling efforts in Iowa in a bid to salvage a once-promising campaign. Politico | N.Y. Times 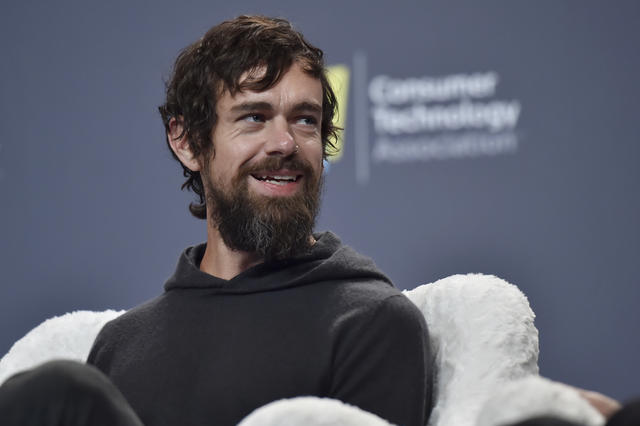 Twitter, learning from Facebook's stumbles, announced a novel approach to political ads on its platform: Banishment. In a series of tweets, CEO Jack Dorsey said he believed political messages should be "earned, not bought." "This isn't about free expression," he wrote. "This is about paying for reach. And paying to increase the reach of political speech has significant ramifications that today's democratic infrastructure may not be prepared to handle." A.P. | Washington Post

A San Francisco man is running for governor of California so he can run false Facebook ads. CNN

Video of a Nazi flag hanging on the wall of a corrections department office in Sacramento prompted national news coverage. But it wasn't an act of hate, agents said. The flag was displayed by a nonwhite employee to show trainees the kinds of hate paraphernalia that circulates in jails. Even so, the department launched an investigation. CBS13 | Sacramento Bee 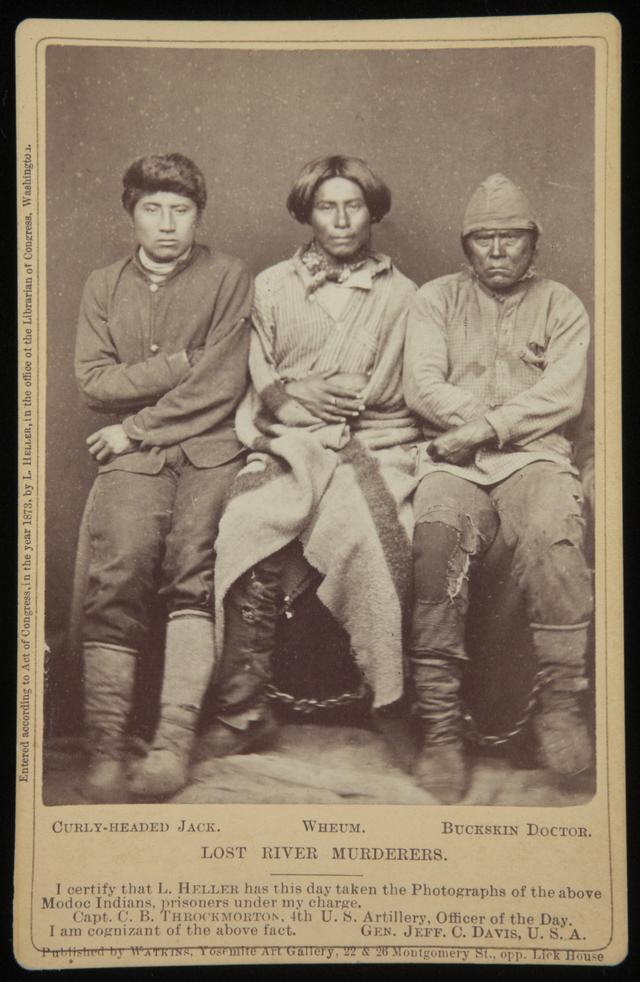 Heller’s photographs were published in Harper’s Weekly in June 1873.

In 1873, a band of Modoc Indians made a last stand against the U.S. Army for their ancestral lands in northeastern California. Defeated in a bloody battle, captives were taken to the photography studio of Louis Herman Heller in Yreka. The portraits he captured are a haunting record of a people whose culture and language have since largely vanished. Flashbak | Vintage News 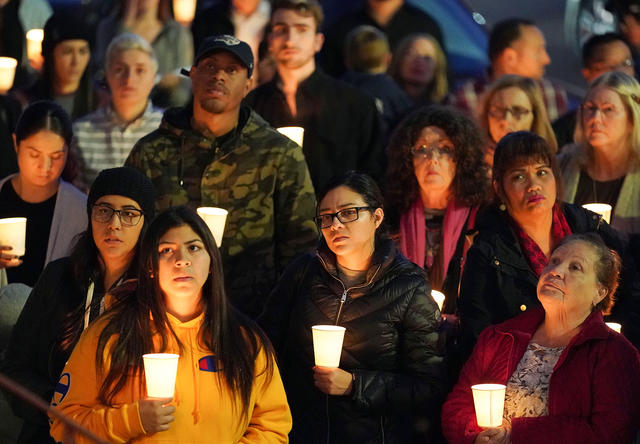 After a deadly shooting, a vigil was held for the victims in Long Beach on Wednesday.

A man with his face concealed fired shots from an alley into a house party in Long Beach, killing three men and wounding at least nine others, police said. Then he fled in a vehicle. Police Chief Robert Luna called the shooter a coward and urged residents to come forward with information that might lead to an arrest. Long Beach Press-Telegram | A.P.

Jeffrey Bizzack, a longtime business partner of surfing star Kelly Slater, knew he had screwed up when news of the college admissions scandal broke. He quit his job, resigned his board posts, then decided to confess that he had paid $250,000 to get his son into USC as a bogus volleyball recruit. His punishment was delivered on Wednesday: two months in prison and a fine of $250,000. S.D. Union-Tribune | L.A. Times

The maggot business is coming to California. The company behind the world's first industrial-scale maggot farm plans to open a plant in Riverside County next year. The fly larvae are harvested and sold as animal feed. It's promoted as an environmentally friendly alternative to feed made from fish. The California operation will be modeled on the company's Cape Town factory, where at any given moment there are 8.4 billion flies. Bloomberg 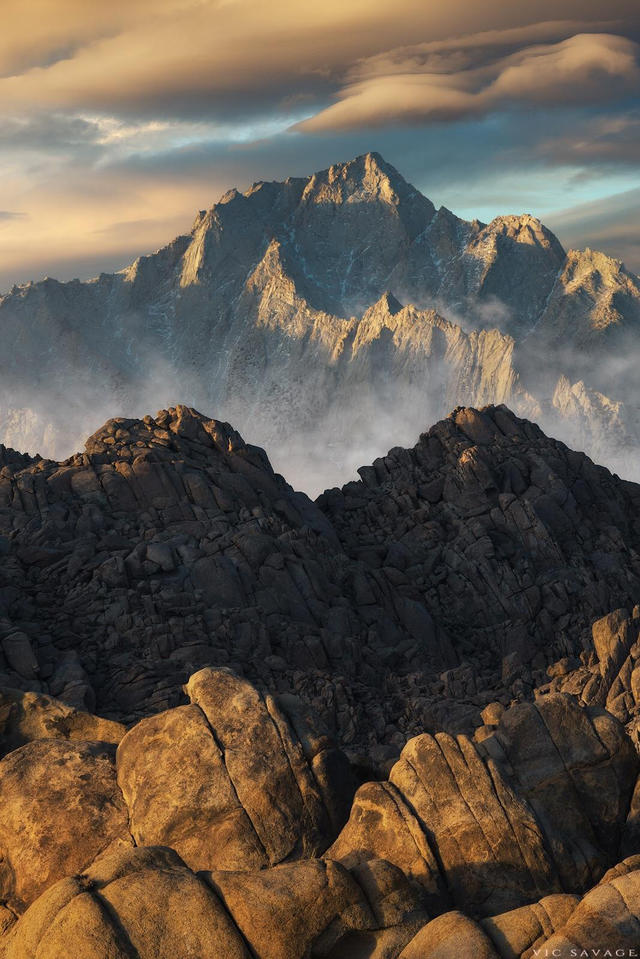 "Climb the mountains, and get their good tidings."
— John Muir

Only four U.S. states are home to fourteeners — mountaineering parlance for peaks that surpass 14,000 feet — and California has 12, almost all of them clustered around the southern end of the Sierra Nevada. Some climbers try to conquer every one. But regular folks can do little better than to walk the 5 miles along a lightly trafficked route up Lone Pine Peak, pictured above. Its perch is below 14,000 feet but it offers incredible views of the Owens Valley and a full third of the state's fourteeners, including the tallest peak in the contiguous U.S., Mt. Whitney. Backpacker.com | Outdoor Project