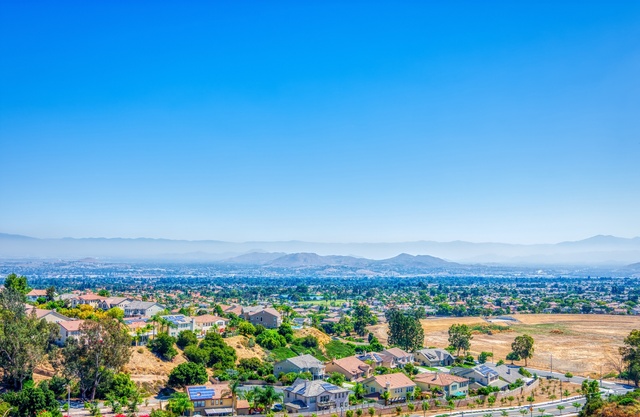 Homes in the Inland Empire.

One of the most ambitious and divisive housing measures in the Legislature advanced Thursday after years of failed efforts to force more housing density in California. Senate Bill 9 would allow as many as two duplexes on single-family lots — without local approval. The proposal inspired fierce opposition from those who warn it would destroy the character of quiet, leafy neighborhoods. Supporters say it's crucial to helping solve the state's homelessness and affordability crises. N.Y. Times | A.P.

How much of a difference will the bill make? Not much, according to an analysis that found development would be realistic on just 5.4% of the state’s 7.5 million single-family lots. CalMatters

With drug overdoses spiking, California wants to become the first state to pay people to stay sober. Under the proposal, which has bipartisan support, people would earn small incentives or payments for every negative drug test over a period of time. The federal government has been doing it with military veterans for years. Some go into the program intending to use the money for more drugs, but after staying clean, they stick with it. A.P. 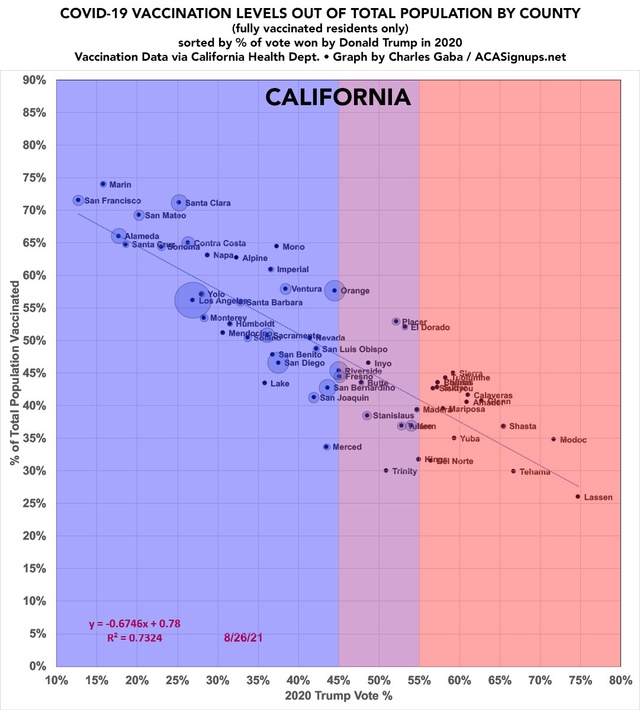 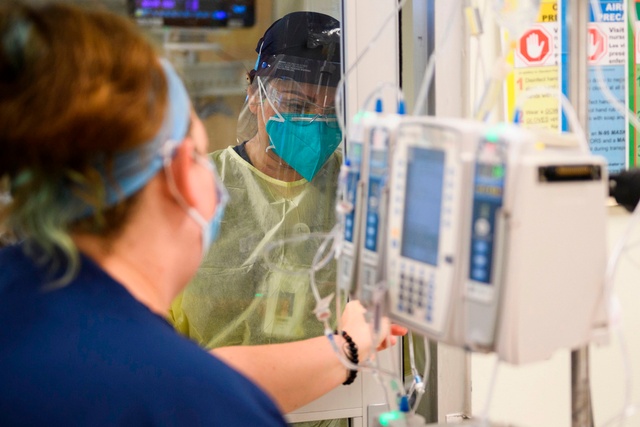 Eighteen months into the pandemic, California nurses are burning out.

California hospitals are struggling to maintain staffing levels as many nurses quit, exhausted by the onslaught of coronavirus patients and the emotional toll that it takes. But burnout isn't the only obstacle, writes CalMatters: "Some traveling nurses — who are in high demand nationwide — are turning down California assignments because they don’t want to get vaccinated."

On this week's California Sun Podcast, host Jeff Schechtman talks with Daniel O'Connell and Scott Peters, authors of the new book "In the Struggle" about the rise of industrial agribusiness in California. O'Connell discussed a central paradox of California agriculture: The laborers who work the fields in the world's most productive farming region are among the hungriest people in America. 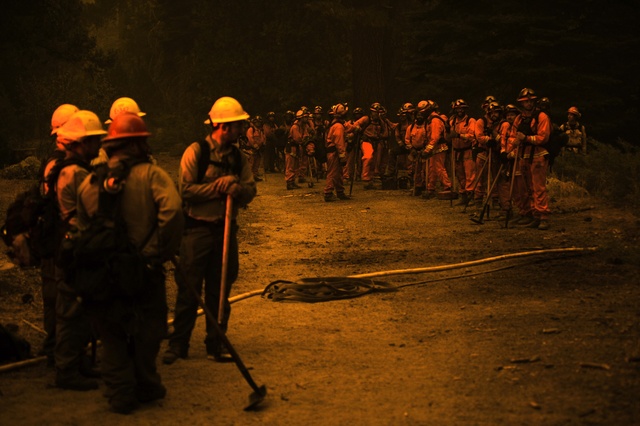 Firefighters started a controlled burn to halt the Caldor fire near Kyburz on Thursday.

People were told to evacuate from several communities inside the Tahoe Basin on Thursday for the first time since the Caldor fire erupted in the Sierra foothills two weeks ago and began marching up the mountain range. By late Thursday, the fire was less than 14 miles from South Lake Tahoe as firefighters mounted an all-out effort to block it from reaching the popular resort destination. “There’s definitely potential” for it to get there, one fire official said, “but it still has a ways to go.” S.F. Chronicle | L.A. Times 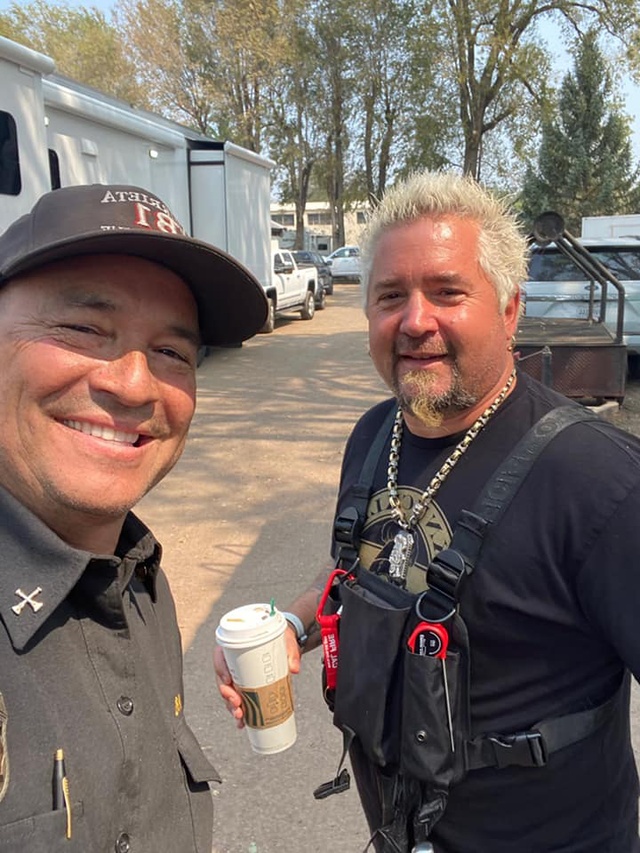 Guy Fieri is back feeding California firefighters. Over the years, the Santa Rosa local and mayor of Flavortown has become a regular at staging areas for emergency responders during California wildfires. On Tuesday alone at Lassen County Fairgrounds, he and his volunteers served meals of pulled pork sandwiches, mac and cheese, and coleslaw to roughly 2,200 people, even sending plates out to fire lines. KTVU | Press Democrat

Fortune magazine included Fieri in its 2021 ranking of the "World's Greatest Leaders," honoring people who make the world a better place.

The city of Salinas has been shaken by the discovery of an Instagram account that featured Salinas High students posing with a Black baby doll named Shaniqua. Photos and videos included racial slurs and showed students stomping on the doll. At a packed school board meeting on Tuesday, dozens of high schoolers and others described anti-Black racism as commonplace on campus. “Somebody doesn’t just wake up in the morning, get a Black baby doll, remove their clothes, objectify them, and name them Shaniqua,” one speaker said. Salinas Californian | Voices of Monterey 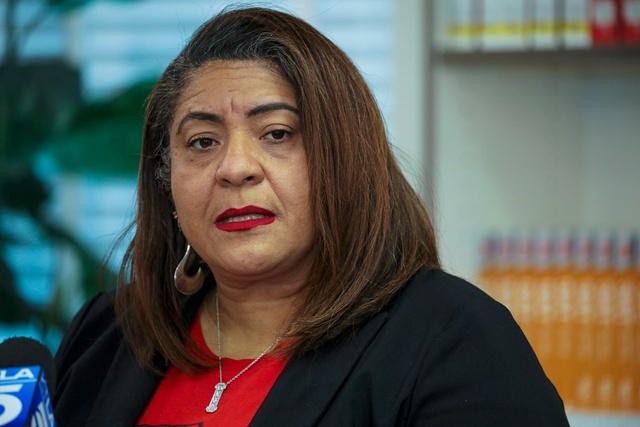 Cecily Myart-Cruz, the head of the Los Angeles teachers' union, sat for a rare interview. Asked about how keeping schools locked down over the last year and a half may have impacted the city’s 600,000 K-12 students, she didn't hold back:

“There is no such thing as learning loss. Our kids didn’t lose anything. It’s OK that our babies may not have learned all their times tables. They learned resilience. They learned survival. They learned critical-thinking skills. They know the difference between a riot and a protest. They know the words insurrection and coup." Los Angeles magazine

The officer who fatally shot Ashli Babbitt during the Jan. 6 Capitol siege revealed his identity in an interview released Thursday. Capitol Police Lt. Michael Byrd, a 28-year veteran of the force, said pulling the trigger was a “last resort” as rioters smashed through a door of the Speaker’s Lobby. “If they get through that door," he said, "they’re into the House chamber and upon the members of Congress." NBC News

"My name is Michael Byrd. I'm a lieutenant for the United States Capitol Police." See a clip from Byrd's interview with Lester Holt. 👉 @NBCNightlyNews (~6:30)

A Newport Beach surgeon and his girlfriend, accused in 2018 of being prolific sexual predators with possibly dozens of victims, are no longer being charged with rape. A judge on Thursday agreed to scale back the case against Dr. Grant Robicheaux, a former reality TV star, and Cerissa Riley to include kidnapping, assault, and drug charges involving two women. The case against Robicheaux and Riley became mired in political wrangling between rival prosecutors. BuzzFeed | O.C. Register