California lawmakers advanced a crackdown on bogus vaccine exemptions only to be find out that the governor wouldn't sign the bill unless it's watered down. Gov. Gavin Newsom's office called for unspecified changes that were described as significant. He has expressed concerns in the past about intruding in the doctor-patient relationship. L.A. Times | A.P. 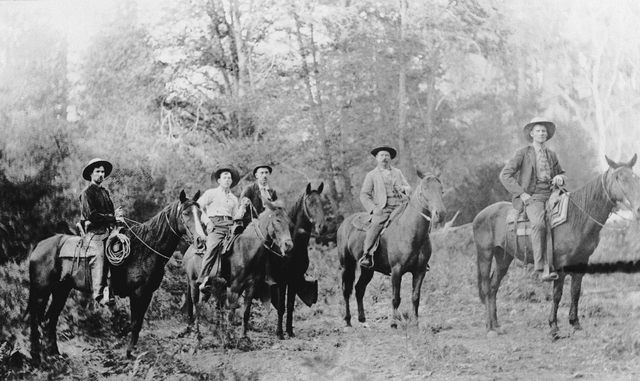 A sheriff's posse rode in the San Bernardino Mountains in 1890.

Since 1872, the California Posse Comitatus Act has made it a misdemeanor for any "able-bodied person" over the age of 18 to refuse a police officer's call for help in making an arrest. Now it's been removed from the books. A lawmaker said the Wild West-era law subjected citizens to "an untenable moral dilemma." The California State Sheriff's Association opposed the change. Sacramento Bee

Mysterious ads targeting Sacramento residents on Facebook and Twitter are warning that the government is getting ready to destroy the internet. "The FREE websites and apps you use every day could start costing you," one says. The ads came from a lobbying group representing the social media companies themselves, which are trying to rewrite California's landmark consumer privacy law. Washington Post 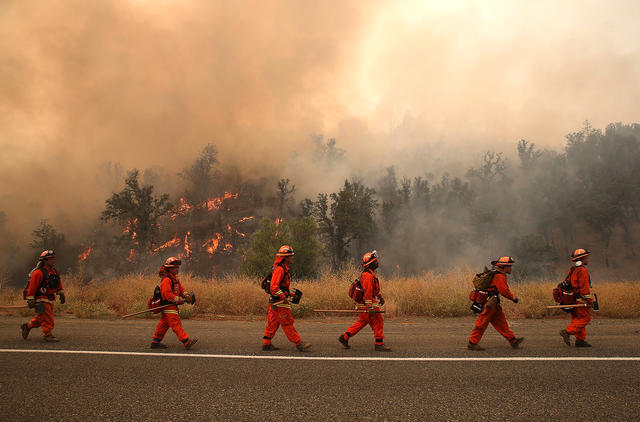 Inmate firefighters worked to head off a fire near Clearlake in 2015.

One unintended consequence of prison reform in California: The winnowing of the state's inmate firefighting force. California relies on prisoners to fight wildfires more than any other state. But since 2007, as the prison population has declined, the state's fire camp program has shed nearly a fifth of its workforce. Now the state is trying to entice recruits with better pay: $5.12 a day, up from $2 a day. Gizmodo

In 2014, the California attorney general's office — then led by Kamala Harris — fought to stop prison reforms for fear that they would deplete the inmate firefighting force. Daily Beast 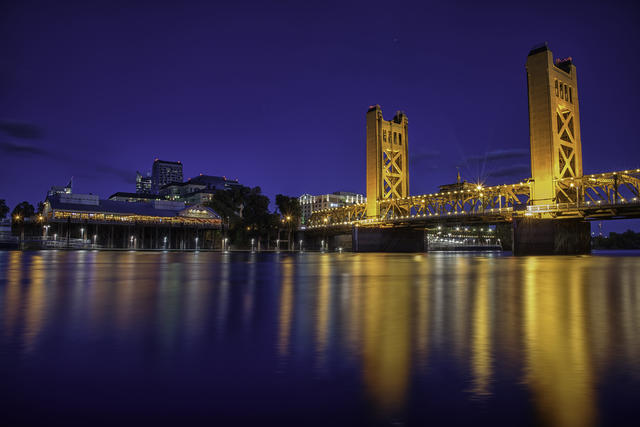 Sacramento is experiencing a downtown renaissance.

Sacramento's sprawling Railyards site, once the western terminus of the transcontinental railroad, has been vastly underutilized for decades. Now it's getting a new medical center, a $490 million state courthouse, and a $250 million soccer stadium. If fully developed, the capital city's booming downtown would roughly double in size. "The days of 'wouldn't it be nice' are finally over," the mayor said. Curbed

Last month, a 63-year-old man was viciously beaten in Modesto by two men who apparently mistook him for a sex offender, the police said. Now, after three weeks in a coma, the man has died. Acquaintances described the victim, who was homeless, as a quiet man who never recovered from the death of his wife. Modesto Bee | CBS Sacramento 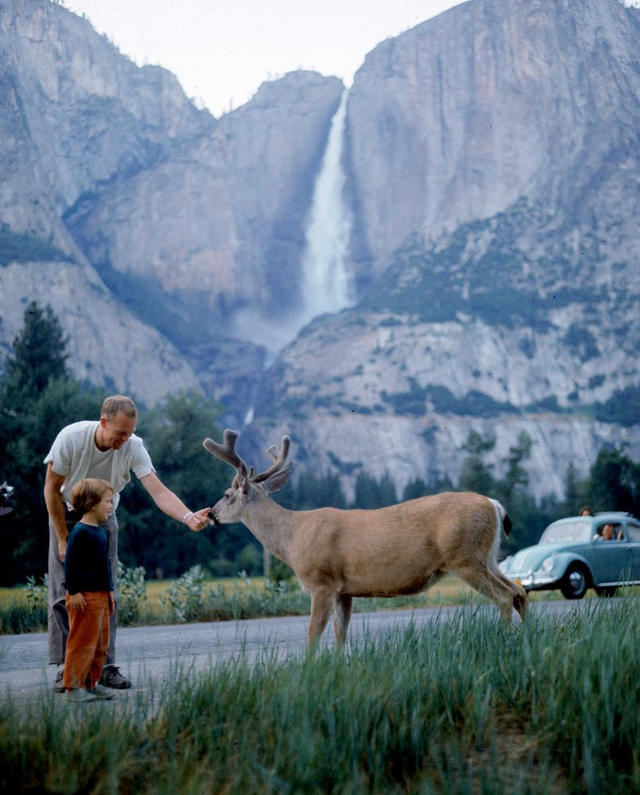 Today I learned: John Muir, patron saint of national parks, was said to suffer from what was then known as neurasthenia, believed to be brought on by modern living. Women with the affliction were advised to get rest. A common treatment plan for men: "Go west." Doctors later took to calling it chronic fatigue syndrome. L.A. Times

In 1962, LIFE sent the photographer Ralph Crane to capture the splendor of Yosemite. Something about the vintage quality of the images, including the misbehaving dad above, makes them look like a fairy tale. LIFE 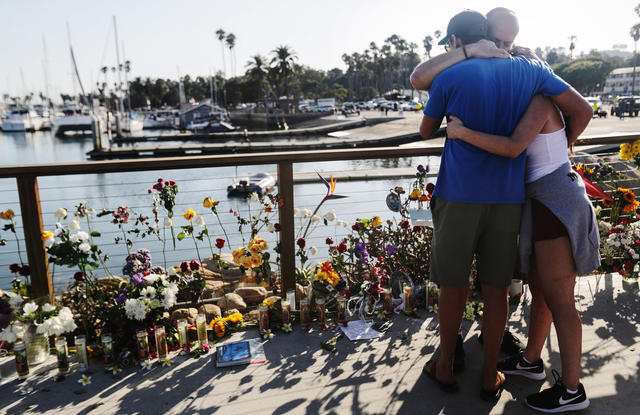 People embraced at a makeshift memorial for victims at Santa Barbara Harbor.

Rescuers suspended their search for passengers off the coast of Santa Cruz Island after a diving boat, the Conception, was engulfed by fire and sank early Monday. As of Tuesday, 20 badly burned bodies had been recovered, with 14 still missing. The cause of the fire was yet to be determined. A law enforcement official said several factors, including the remote location and timing of the fire, conspired to give the victims little chance. "This is probably the worst-case scenario you could possibly have," he said. L.A. Times | Washington Post 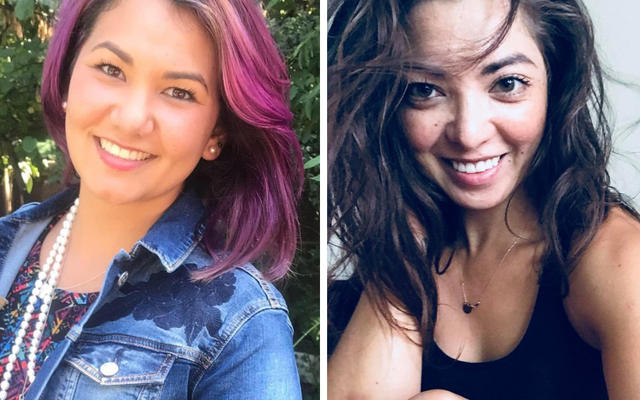 Angela Quitasol, left, and her sister Nicole Quitasol were among those identified as victims.

Many of the passengers on the Conception appear to have been from Northern California. None have been officially identified, but names of the missing began to emerge. They included the owner of a Santa Cruz diving company, two high school students, and a family of five from Stockton. "They're the most kind, most loving people I've ever met — and I'm not just saying that because they're family," a relative of the Stockton family said. Mercury News | CNN

Emails among athletics and admissions officials at USC showed that the university considered how much money families might donate when deciding whether to admit students. The documents, which tracked "VIP" students in color-coded spreadsheets, were made public as part of a legal filing in the nation's largest-ever college admissions corruption prosecution. N.Y. Times | L.A. Times 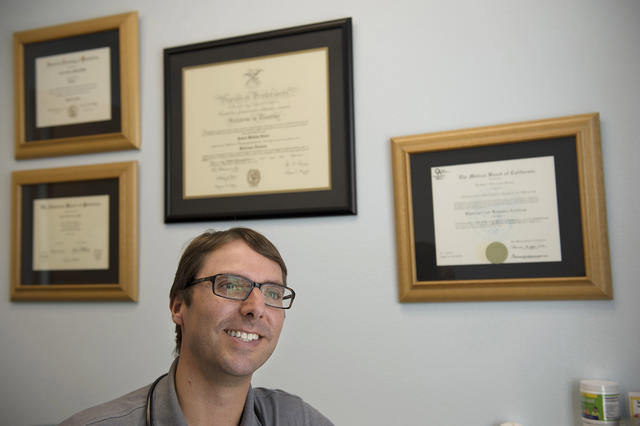 The office of Dr. Bob Sears in Capistrano Beach attracts parents from all over the state. That's because he caters to people the public largely labels as anti-vaxxers. "[Dr. Bob] Sears gives these parents something they desperately crave," the L.A. Times wrote, "a kind smile and an acknowledgment that it's OK for them to trust their intuition." L.A. Times 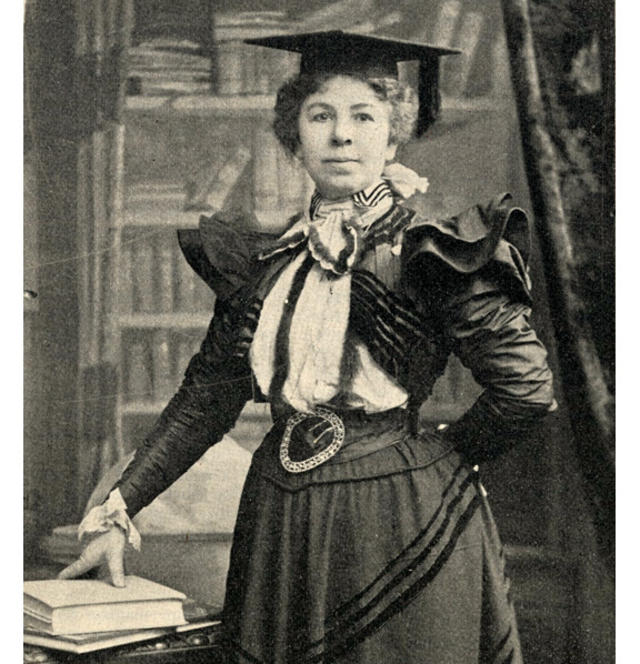 It was on this week in 1878 that the force of nature known as Clara Foltz passed the California bar, becoming the first female lawyer on the West Coast.

But her crowning achievement, according to her biographer, was pioneering the idea of the public defender, a role she believed was needed as a counterweight to unscrupulous prosecutors. The "Foltz Defender Bill" was adopted in California in 1921.

And she did all of that as a divorced mother of five. "I am descended from the heroic stock of Daniel Boone and never shrank from contest nor knew a fear," Foltz once boasted. "I inherit no drop of craven blood."

Even so, she repeatedly had her abilities questioned by courtroom adversaries. In one example, a prosecutor informed a San Francisco jury during closing arguments that Foltz couldn't be trusted. "She is a woman," he explained. "She cannot be expected to reason."