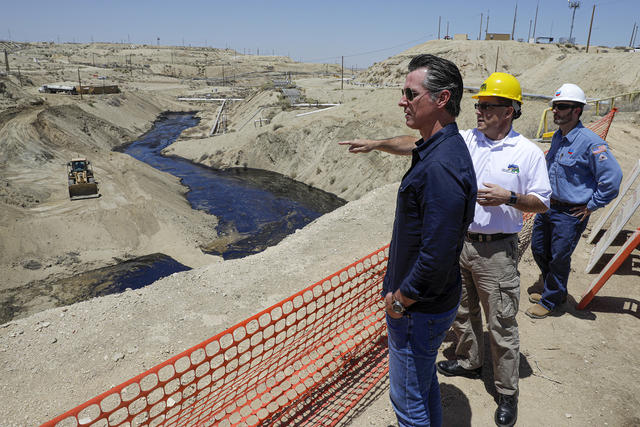 Gov. Gavin Newsom halted the approval of new hydraulic fracturing in the state until permits could be subjected to an independent review. He also placed a temporary stop on steam injection drilling, a technique blamed in a massive petroleum spill in Kern County over the summer. Environmental groups' spirits soared; petroleum stocks sank. KQED | Bloomberg

Tenant groups across California have reported a surge of notices to vacate as the enactment of the rent cap law approaches on Jan. 1. In a state experiencing severe housing stress, the displacement can be a trigger to homelessness. A number of local governments rushed emergency eviction holds into law. CALmatters | Mercury News

Home sale survey: California now has 91 of the nation's 100 most expensive ZIP codes. The Guardian | PropertyShark 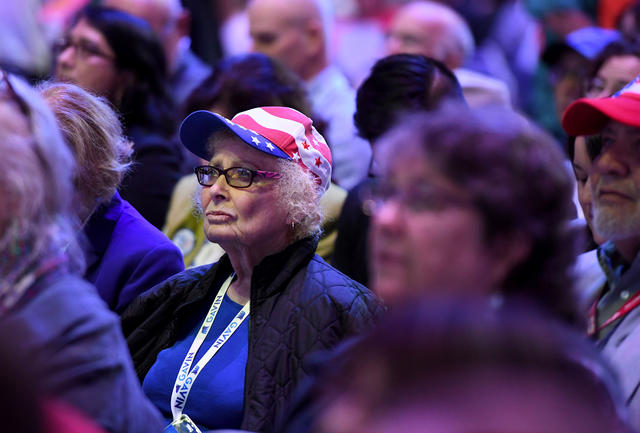 People listened to speakers at the California Democratic Party convention in Long Beach on Saturday.

California Democrats just want a presidential candidate who can beat President Trump. A poll found that 55 percent of the state's likely Democratic voters care more about having a winning candidate than one whose policy views mirror their own.

Few Californians, however, appear to believe that person is Pete Buttigieg. The poll found the small-town mayor lagging far behind Joe Biden and Sen. Elizabeth Warren even as he's surged to the top of the field in Iowa and New Hampshire. Sacramento Bee | S.F. Chronicle 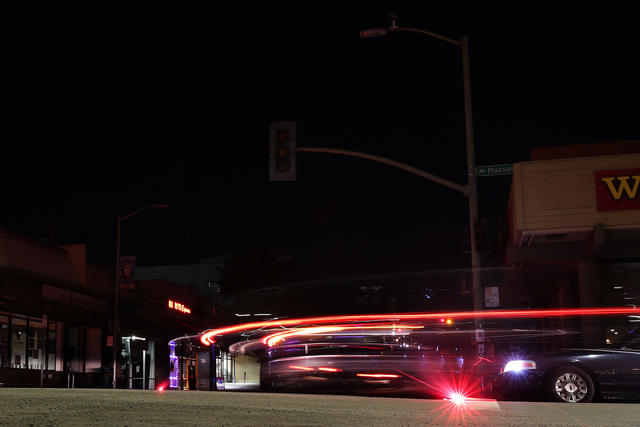 Lights went dark in Oakland during a power shutoff on Oct. 10.

Citing improved weather conditions, PG&E scaled back its planned power outage for Wednesday. Most of the Bay Area was expected to escape the shutoff. Still, more than 180,000 homes and businesses — serving roughly 540,000 people — were poised to lose power across Northern California, including wine country and the Sierra foothills. S.F. Chronicle | A.P.

See a map showing the planned outage area, and use PG&E's lookup tool to determine if your address may be affected.

Lawmakers hammered PG&E executives during a hearing in Sacramento. The Oct. 9 shutoff, one lawmaker said, amounted to "a big 'screw you' to your customers, to the Legislature, to the governor." A.P. | N.Y. Times

A Paradise couple made a monetary claim for a $280 million emerald that they said was destroyed in the 2018 Camp Fire. Oddly enough, PG&E wants proof. The gem, described as weighing 500 pounds, would have been among the most expensive on earth. Bloomberg | Sacramento Bee 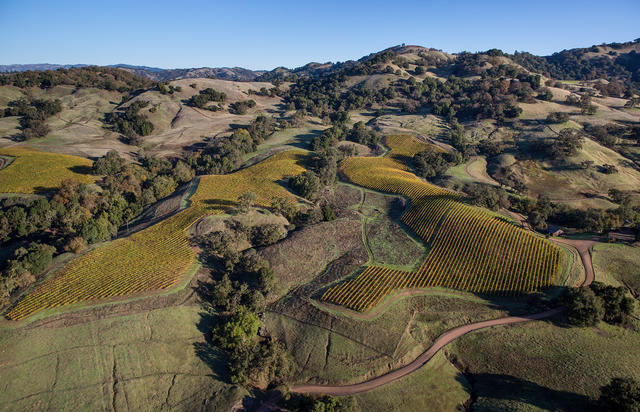 Wealthy winemakers in Northern California are ignoring local environmental laws — ripping through forests and wetlands, paying the fines, then continuing with their projects. Activists want to see them face more severe consequences. "As long as there is no jail time, these vineyardists are happy to go ahead and do whatever they want, and the fines are just a write-off," an environmentalist said. "They're a part of doing business for these people." NPR 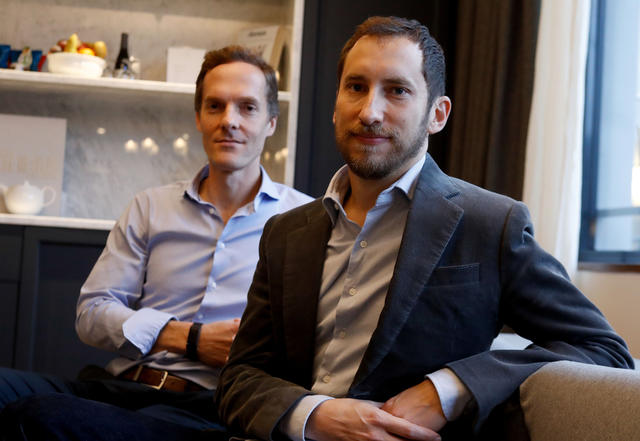 The co-founders of Juul, Adam Bowen, left, and James Monsees.

"Our company has its roots in Silicon Valley, not in fields of tobacco," Juul co-creator James Monsees once said.

But internal records show that the San Francisco company that got a new generation of young people hooked on nicotine relied on a formula created decades ago in the laboratories of R.J. Reynolds. The key ingredient: nicotine salts that control harshness and allow people to take deeper drags. "Addiction is central to the business model," a doctor said. "With their nicotine salts, Juul has found the Holy Grail." L.A. Times 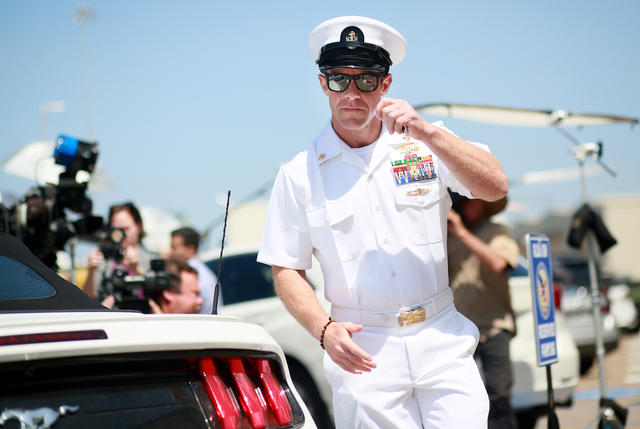 Chief Petty Officer Edward Gallagher was convicted of posing for a photo with a corpse.

The Navy is planning to eject Chief Petty Officer Edward Gallagher from the SEALs after President Trump cleared Gallagher of any judicial punishment in a war crimes case. That could put the SEAL commander, Rear Adm. Collin Green, in direct conflict with the president. A military official said Green knew the move could end his career. S.D. Union-Tribune | N.Y. Times

Grieving relatives told an oversight committee that they faced harassment from law enforcement after their loved ones were killed by Los Angeles County deputies. "It's like torture for you to keep driving by us, and laughing or smirking or flicking us off and all that every single chance y'all get," said a woman whose boyfriend was fatally shot by sheriff's deputies. L.A. Times 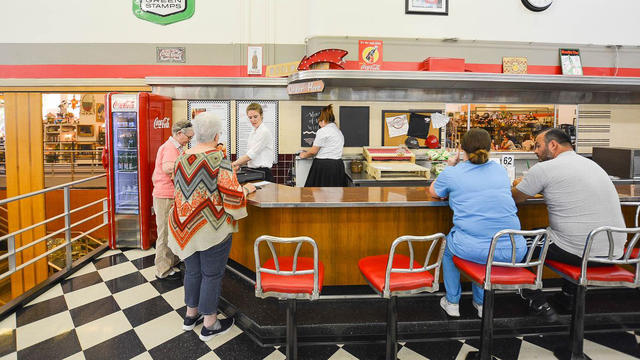 The Woolworth luncheonette counter in Bakersfield has 22 counter seats and an open kitchen.

On the ground floor of a mall in the San Joaquin Valley is the last Woolworth luncheonette in America. A pioneer of the modern big-box store, Woolworths were once a staple of Main Street, USA. The luncheonette counter at Bakersfield's Five & Dime Antique Mall is not a museum piece. It's a thriving restaurant that serves burgers and root beers floats daily to locals, many of them old enough to remember Woolworth's glory days. Eater Los Angeles

Here's a love letter to Los Angeles's eternally charming diners (and the best places to hide when it's raining). L.A. Magazine

"Lori Loughlin To Represent Herself After Purchasing USC Law Degree For Cool $250,000."

"Is Your New Boyfriend An Adorably Disheveled Hipster Or One Of L.A.'s 60,000 Homeless?"

An area man has launched The Avocado, The Onion for Los Angeles. LAist 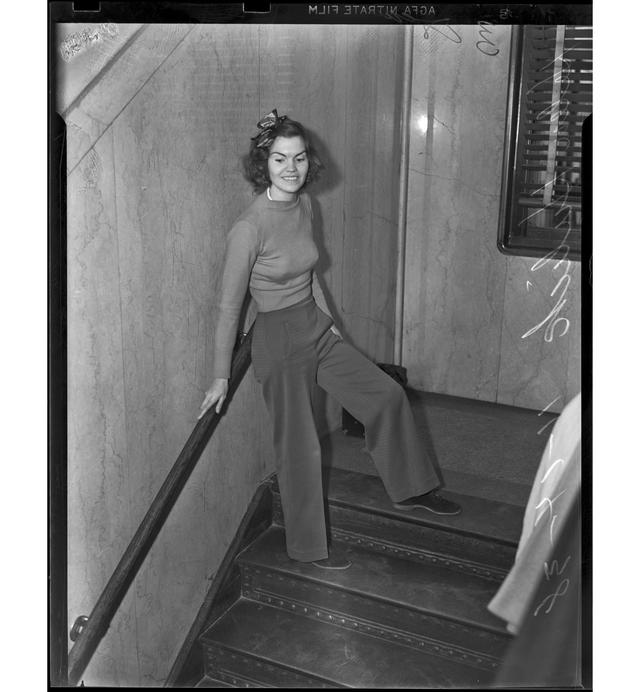 This is Helen Hulick, a Los Angeles kindergarten teacher. In 1938, she refused a judge's demand that she wear a dress to testify against two accused burglars. "I like slacks," she said. "They're comfortable." She was sent to jail with a five-day sentence. 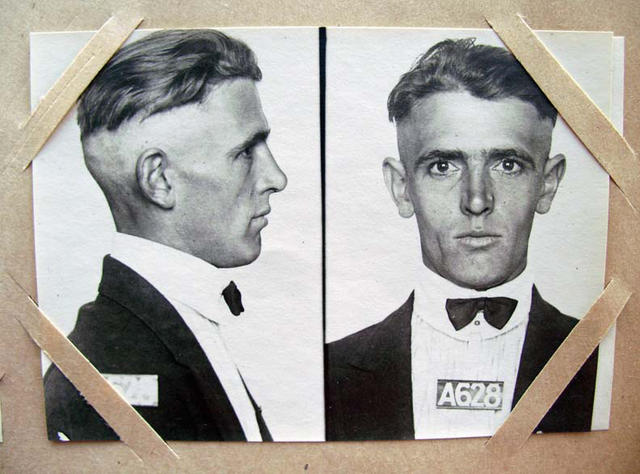 Here's a dapper boxer from San Francisco's Olympic Club. During the Gold Rush, young men diverted themselves with boxing matches and gambling. In time, San Francisco became one of the world's great boxing cities. It's a mystery why the fighters were photographed in oddly criminal-looking poses. More photos.