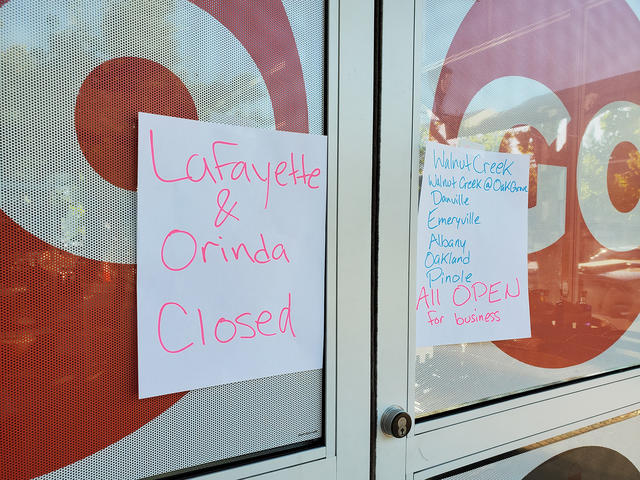 A sign indicated a business was closed during a power shutoff in Lafayette on Oct. 10.

California regulators voted unanimously to open a formal investigation into the handling of preemptive power outages that plunged millions of Californians into darkness in October. The shutoffs "cannot be the new normal for California," said Marybel Batjer, the top utilities regulator. A.P. | S.F. Chronicle

California's economy is on track to underperform the U.S. for the first time since 2010, thanks to the economic blows of wildfires and blackouts. Bloomberg 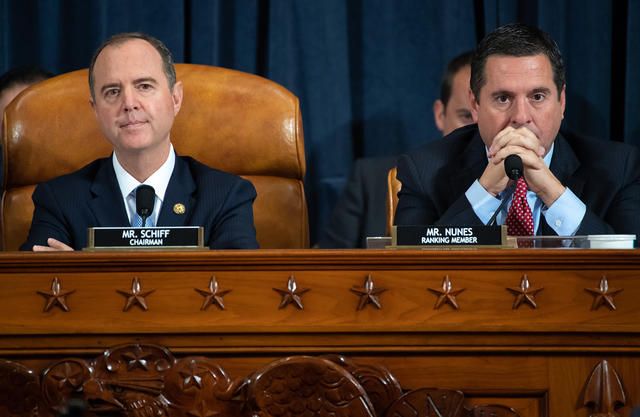 California, as always shaping the country's future, played a central role in the extraordinary public impeachment hearing on Wednesday.

Rep. Adam Schiff, a Democrat from Burbank, opened by summarizing the facts that have been laid out about President Trump's conduct thus far and asked, "If this is not impeachable conduct, what is?" Devin Nunes, a Republican from Tulare, then portrayed the proceedings as a farce. "The main performance, the Russia hoax, has ended," he said, addressing two witnesses, "and you've been cast in the low-rent Ukrainian sequel." 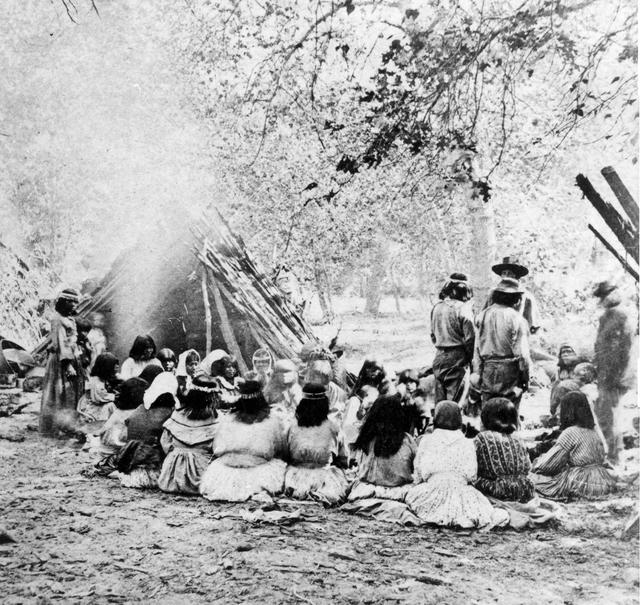 A gathering of Southern Miwuk near the Merced River in Yosemite in 1872.

The Southern Sierra Miwuk Nation, a tribe with historic ties to Yosemite National Park, has been waiting 37 years for the U.S. government to decide on its petition for federal recognition. They submitted thousands of documents. They won the support of historians. Yosemite National Park itself recognized the tribe. Then the government issued its proposed ruling: Denied. "We are still being destroyed as a people," the Miwuk chairman said. Fresno Bee | Newsweek

Standing in the surf at Trinidad State Beach, two beachgoers were swept off their feet by a rip current and dragged out to sea. Unable to swim back to shore, they struggled to keep their mouths above water. That's when four 16-year-old surfers mounted a rescue, ferrying the swimmers back to shore on their surfboards. There, it was hugs all around. "They definitely saved those kids' lives," a witness said. North Coast Journal | Eureka-Times Standard 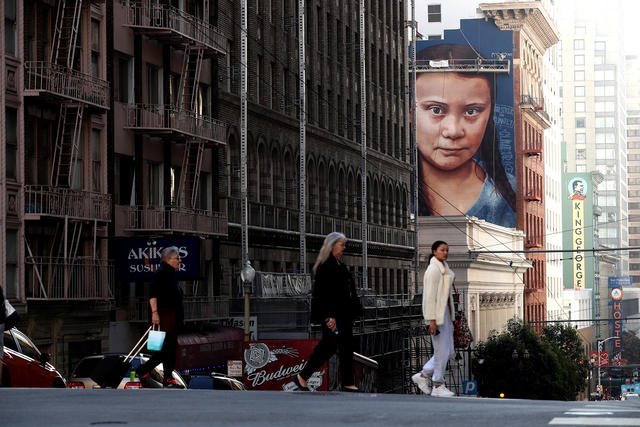 A Greta Thunberg mural was added to the side of a building near Union Square.

A massive mural of Swedish climate activist Greta Thunberg now stares down on the streets of San Francisco. Unveiled this week, the 60-foot tall artwork on the side of building near Union Square was spearheaded by an environmental nonprofit. Some folks aren't happy about it. Reuters | Hyperallergic 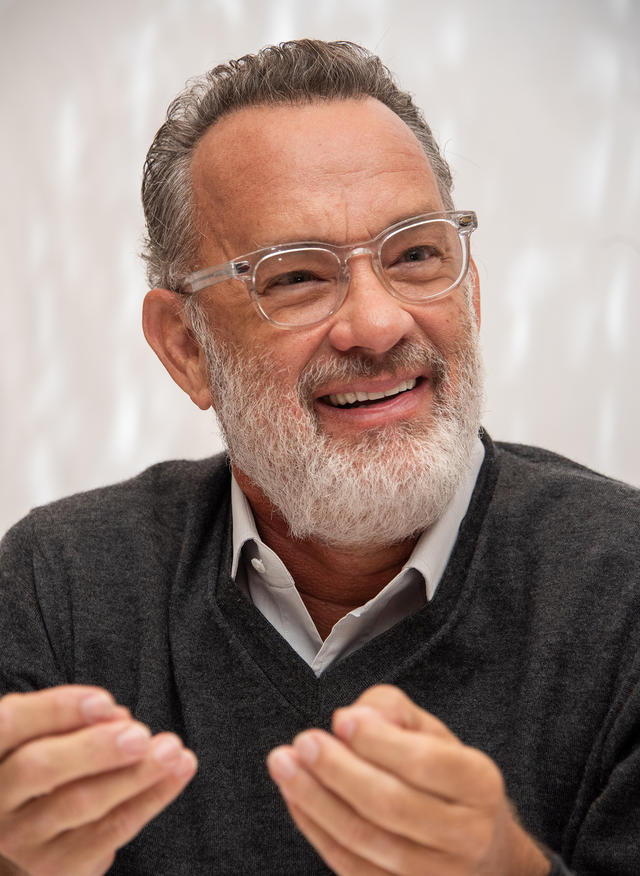 Tom Hanks is as nice as you think he is.

The N.Y. Times did a nice profile of America's favorite nice guy and Bay Area native son, Tom Hanks. His advice on parenting: "Somewhere along the line, I figured out, the only thing really, I think, eventually a parent can do is say I love you, there's nothing you can do wrong, you cannot hurt my feelings, I hope you will forgive me on occasion, and what do you need me to do? You offer up that to them. I will do anything I can possibly do in order to keep you safe. That's it. Offer that up and then just love them." N.Y. Times

"It's been an honor and a privilege. And everybody stay safe."

Video captured a touching moment as a Madera CHP officer, choking up, signed off for the last time. He's headed into retirement after 27 years on the force. ABC30 Fresno/Twitter 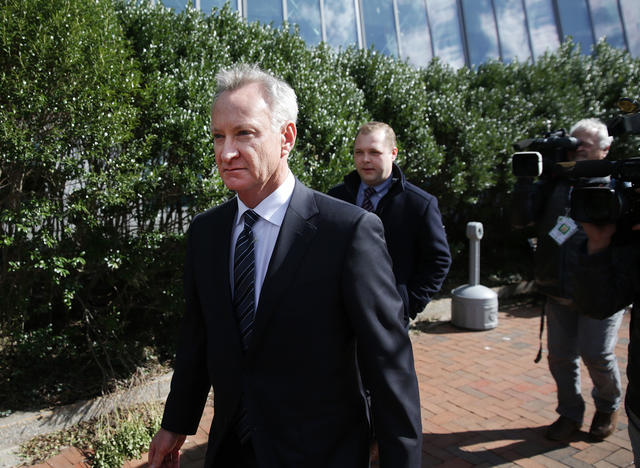 A judge handed down the harshest sentence yet in the college admissions scandal. Toby MacFarlane, a title insurance executive from San Diego County, was given six months in prison for paying $450,000 to get his son and daughter into USC as phony athletic recruits. The judge told MacFarlane the punishment was fit for "a common thief — because that's what you are. A thief of the values of decency and fair play." S.D. Union-Tribune | USA Today

Investigators are looking into whether drug overdoses played a part in some of the nine student deaths this semester at USC. The university's president said the school is "doubling down" on educating students about the dangers of substance abuse. "In particular," she said, "we've been also talking about the real risks of mixing opioids and prescription drugs and alcohol because we are concerned about that." L.A. Times | A.P.

A drone pilot captured a great video of a young gray whale swimming under a group of unsuspecting surfers at Doheny State Beach in Orange County. Gray whales cruise along the California coast during their fall migration to Baja. O.C. Register | YouTube 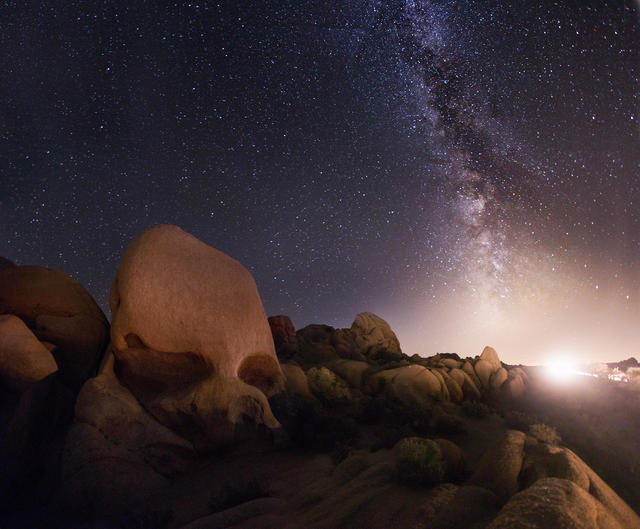 Any guess why they call it "Skull Rock"?

Joshua Tree National Park is strewn with hallucinatory boulders — in shapes of arches, a heart, a penguin — that could fit easily into a Salvador Dali painting. It's heaven for explorers. California travel junkie Josh McNair listed his 15 favorite spots. California Through My Lens

Fodor's named Jumbo Rocks as one of the 25 best campgrounds in the country. Many of the sites are tucked amid the massive boulders. Fodor's