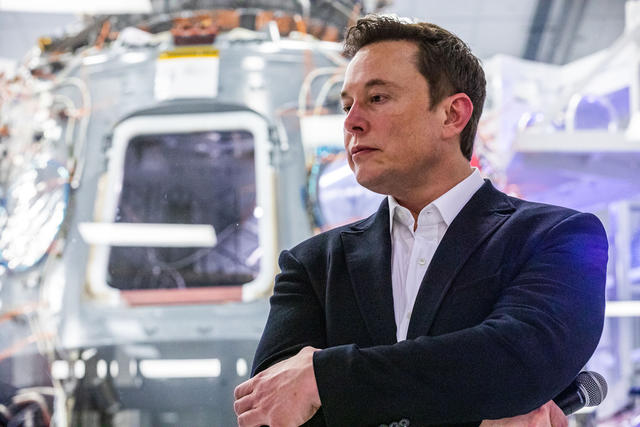 Elon Musk acknowledged that he was risking arrest for himself and his employees.

Elon Musk, a fervent critic of California's coronavirus response, reopened his Tesla factory in Fremont on Monday, defying Alameda County's shutdown order. "If anyone is arrested, I ask that it only be me," he tweeted. Musk has a mercurial history, but the provocation was brazen even by his standards. Bloomberg | The Verge

Late last week, Gov. Gavin Newsom raised some eyebrows when he said the state's first coronavirus case came from a nail salon. He has since refused to elaborate. The Chronicle called the claim "mystifying," suggesting the governor may have gotten his facts mixed up. What's known about the California's first case, the newspaper wrote, "doesn't appear to align with Newsom's comments." S.F. Chronicle | L.A. Times

California's nail salon industry is predominantly Vietnamese American. Leaders of the community reacted angrily to Newsom's remarks: "The xenophobia is growing as much as the pandemic." Mercury News | Daily Beast 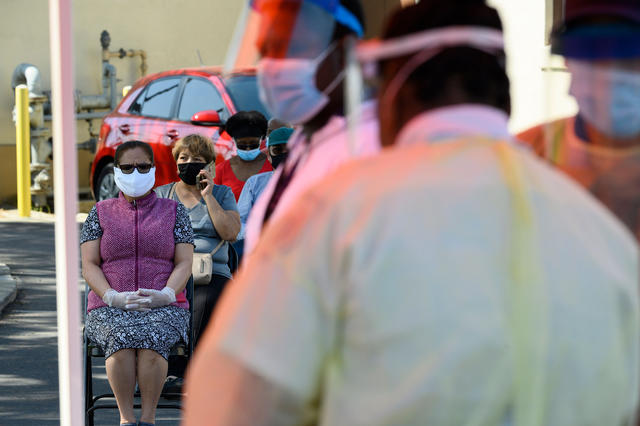 People waited to be tested for Covid-19 in Compton last month.

Despite hopes that the worst had passed, California's rates of death and infection have remained stubbornly steady for several weeks. As stay-home measures are relaxed, a widely used model has now raised its projected death toll for the state. Last week, the University of Washington's Institute for Health Metrics and Evaluation predicted California would see 4,666 deaths by the end of August. Now it's predicting 6,086. L.A. Times | ABC7

California coronavirus totals, according to the S.F. Chronicle:

Angela Alvarado, a prosecutor in Santa Clara County, has been tasked with refereeing potential violations of the county's strict lockdown order. Is tennis OK? Private flying lessons? A nail-trimming event at a bunny shelter? "At first, it was like, 'Oh, this is cool, this is exciting,'" she said. "Now I'm like, this is heart-wrenching. Like I'm — I'm over it." N.Y. Times

With beaches closed, Californians have been streaming across the border to Arizona's Lake Havasu the last several weekends. Crowds have been so large that lines to use ramps have stretched 70 boats long. "Every weekend has been like a holiday weekend on the lake," one local said. L.A. Times | KTLA

Harvard medical school professor: Just as abstinence-only messages don't work for sex, neither does the directive to abstain from all in-person social contact during a pandemic. The Atlantic 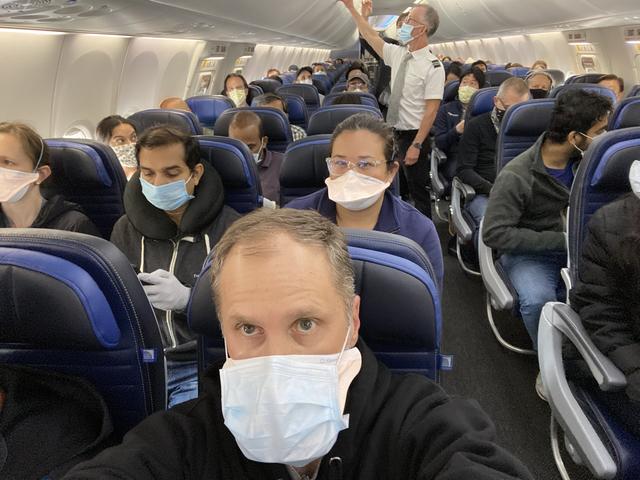 Despite assurances from United Airlines that middle seats would be left empty, every single seat on a recent flight from Newark to San Francisco was filled. A San Francisco doctor's photo of the cabin, above, went viral, along with his commentary: "This is the last time I’ll be flying again for a very long time." Washington Post | S.F. Chronicle

One of the benchmarks for reopening businesses is zero deaths for two weeks. But that's virtually impossible in heavily populated areas, Southern California leaders say. They are pleading with Newsom to reconsider. "We want to protect public safety but we have to survive," one council member said. KPBS | Press-Enterprise

More than two dozen counties have asked for permission to reopen ahead of state guidelines. A.P. | Desert Sun

California and four other Western states have banded together to urge the federal government to provide $1 trillion in aid to all states and local governments. Newsom, along with the leaders of Oregon, Washington, Nevada, and Colorado said the funds are crucial for public health programs, law enforcement, and schools. California has processed roughly 4.5 million unemployment claims since March 12. L.A. Times | A.P. 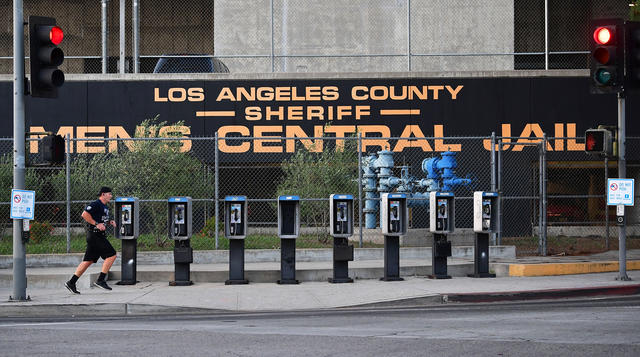 Thousands of inmates have been released from county jails to slow the spread of the coronavirus.

Janet Napolitano, the president of the University of California, is recommending that the system drop the SAT and ACT testing requirement and replace them with a newly created admissions test. The regents will meet May 21 to discuss the change, which could reverberate in college admissions nationwide. EdSource | S.F. Chronicle 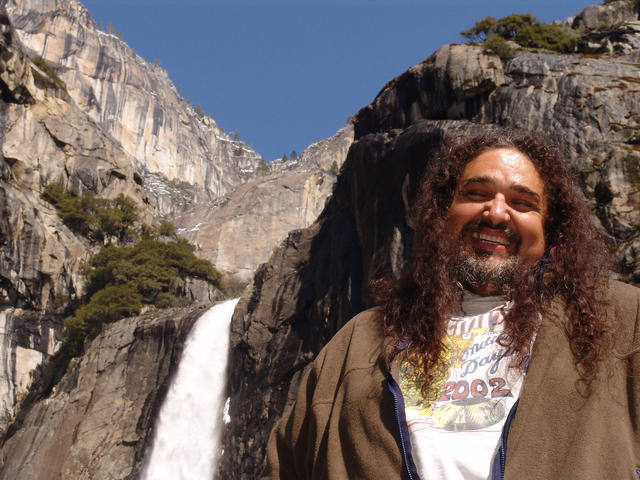 "You can't look at a rainbow anymore and not think about me," Paul Vasquez told CNN.

Paul Vasquez has died at 57. In 2010, the former truck driver became one of YouTube's early stars when he posted a video of a double rainbow near his Mariposa home. But it wasn't the rainbow that earned Vasquez 47 million views. It was his endearingly effusive commentary — "Oh my god. Oh my god! Woo! ... What does it mean?" He laughed, yelled, and sobbed. His celebrity landed Vasquez appearances on talk shows and parts in several ads. Modesto Bee | CNN

In 1976 and '77, a group of kids in a dicey area of Santa Monica and Venice known as Dogtown made skateboarding cool. The filmmaker David Markey, then a middle schooler, was there with his 8 mm film camera to capture the nose wheelies, shaggy hairstyles, and skinned knees of the sport's bad-boy early days. He published a great collection of clips. (h/t Boing Boing) Dave Markey/YouTube (~6 mins)