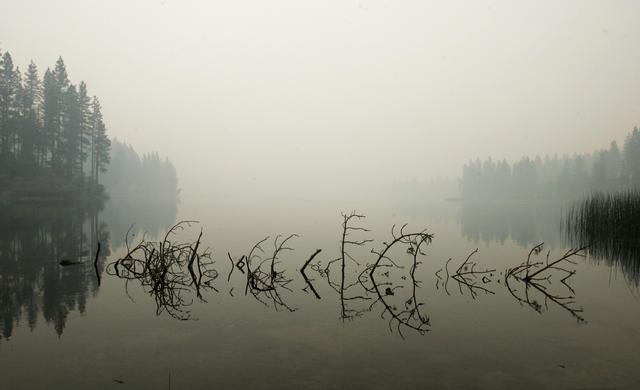 People jumped into Concow Reservoir to escape the Camp fire.

As the Camp fire swept through the wooded hills of Butte County last Thursday, more than a dozen people survived by plunging into a chilly mountain lake — fully clothed.

They stood shoulder deep, shivering, as the fire hurled through Concow, a secluded community just up the way from Paradise. It was so cold that one man repeatedly waded toward the flames to warm up.

By the time it was over, several people had serious burns and a 90-year-old man had suffered severe hypothermia.

Read the story at SFGate.com. 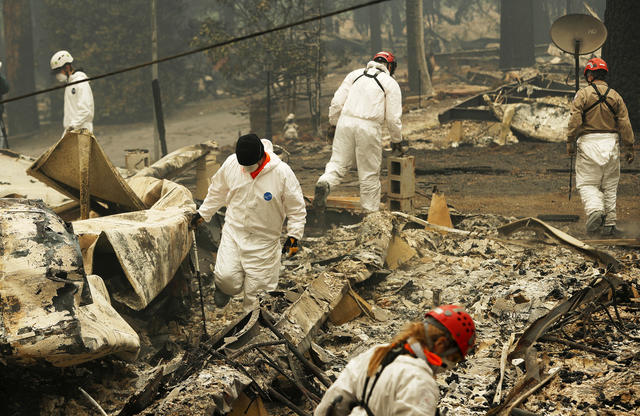 Search and rescue workers combed the debris in Paradise for human remains on Tuesday.

"I hope you are okay." "If seen, please have him call." A message board at a shelter for fire evacuees was filled with photos of the missing along with pleas for information. Six more fatalities were reported in the Camp fire, bringing the death toll to 48. Officials warned that the search for additional remains could unfold slowly. Cadaver dogs and National Guard troops have been called to help.

In addition to destroying homes, Southern California's Woolsey fire burned more than 80 percent of national park land in the Santa Monica Mountains National Recreation Area, home to mountain lions, bobcats, and other wildlife. It's a painful loss of open space that had been cherished by nature lovers. 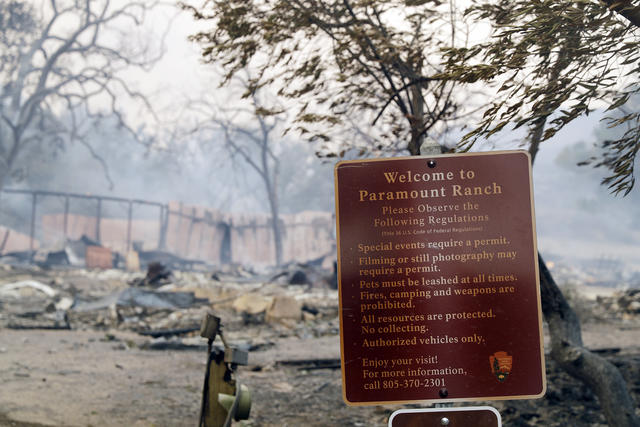 Paramount Ranch, where a number of Hollywood westerns have been filmed, was blackened by fire.

Also destroyed was 100 years of Hollywood history. The inferno tore through the "M*A*S*H" TV set area, the Peter Strauss and Reagan ranches, and the famed Paramount Ranch, which had been used recently to film the HBO drama "Westworld." "This is an incredible loss that we haven’t even begun to put our head around yet," a Hollywood historian said. 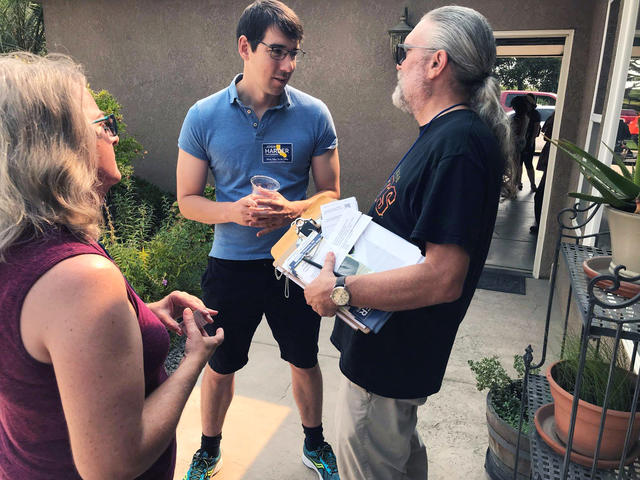 Josh Harder, on the campaign trail, said he would push for universal health care.

Another Republican-held congressional seat fell to a Democrat, this time in California's traditionally conservative farm belt. First elected in 2010, Rep. Jeff Denham was ousted by newcomer Josh Harder — a 32-year-old venture capitalist — giving the state's Democrats their fourth pickup of a G.O.P. House seat. Two other Republican seats also faced the growing threat of an upset. 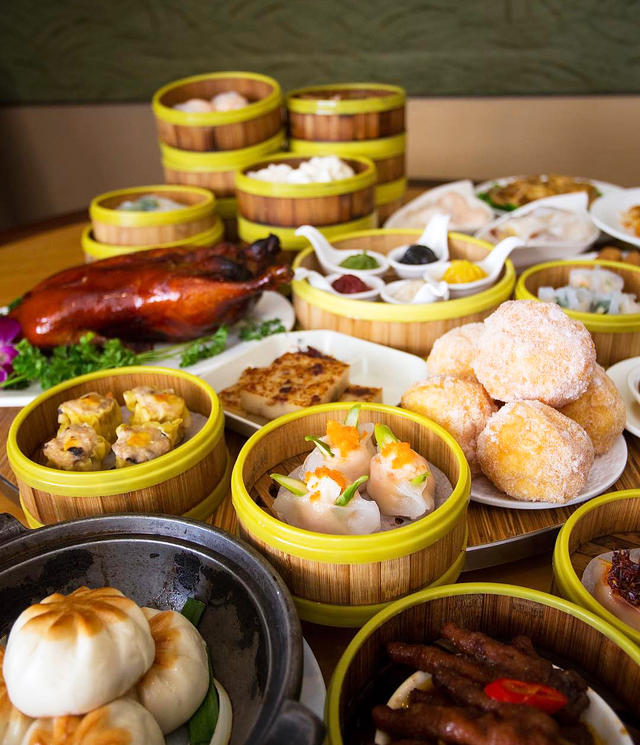 Dishes at Koi Palace, one of America's essential restaurants.

Eater unveiled its annual ranking of the country's 38 best restaurants. Nearly 1 in 5 are in either Los Angeles or the San Francisco Bay Area. The feast at Koi Palace in Daly City — "a blur of dumplings, noodles, congees, sweet and savory cakes, piled greens, and crisp-skinned meats" — was called a cornerstone of the region's dim sum options. 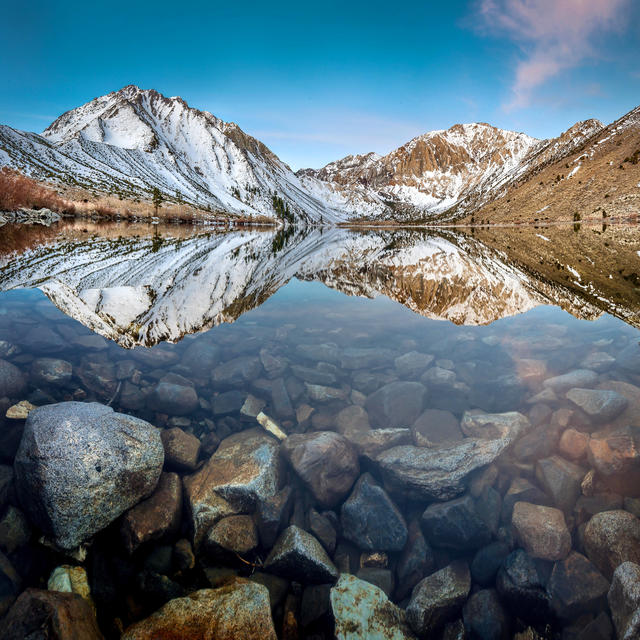 At 7,850 feet, Convict Lake is known for trout fishing and jaw-dropping scenery.

Convict Lake got its name after a pair of hardened outlaws escaped from prison in Carson City, Nevada, in 1871 and hid out in the area. They were later captured and hung by vigilantes. It's probably safe to assume that they didn't appreciate the beauty of the pristine reservoir, surrounded by aspens, pines, and granite peaks in the Eastern Sierra. The water is said to be so clear you can follow the sun's rays to depths of 30 feet.

A retired Fresno police captain with recent mental health problems was fatally shot by a Fresno police officer. The authorities said the retired captain, 63-year-old Marty West, advanced with a knife. The city’s police chief, Jerry Dyer, appeared shaken as he addressed reporters. "I lost a friend and a family member," he said. "He’ll be missed." 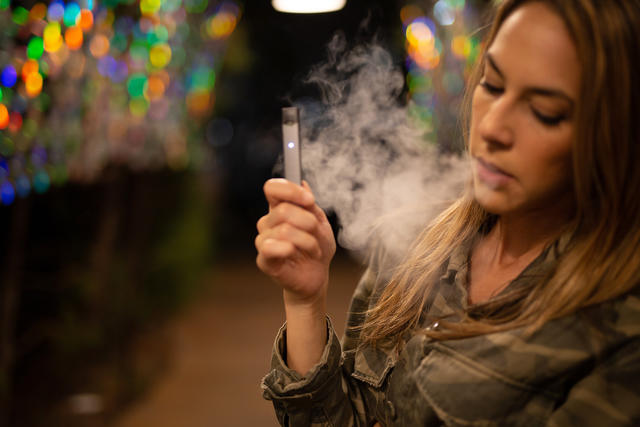 Juul has more than 70 percent of the e-cigarette market share in the U.S.

Juul Labs announced that it would stop sales of most of its e-cigarette flavors in stores and end its social media promotions, bowing to government pressure to curb an epidemic of teenage vaping. Health advocates expressed skepticism about the San Francisco company's move, which they said was designed to forestall regulation. 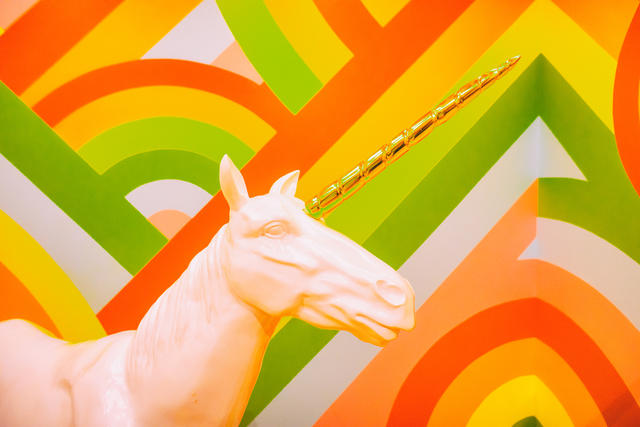 The Unicorn Milk Ice Cream room at the Museum of Ice Cream in San Francisco.

The popular Museum of Ice Cream now has a permanent location in San Francisco. Instagrammable "museums" have emerged as among the defining fads of the millennial generation, a N.Y. Times writer said. "The central disappointment of these spaces," she wrote, "is not that they are so narcissistic, but rather that they seem to have such a low view of the people who visit them."

The cost of constructing the Southern California section of the bullet train could jump by as much as $11 billion, documents showed. The Los Angeles-to-San Francisco system has already faced numerous cost increases over the last decade from an original estimate of $33 billion to the current $77 billion. 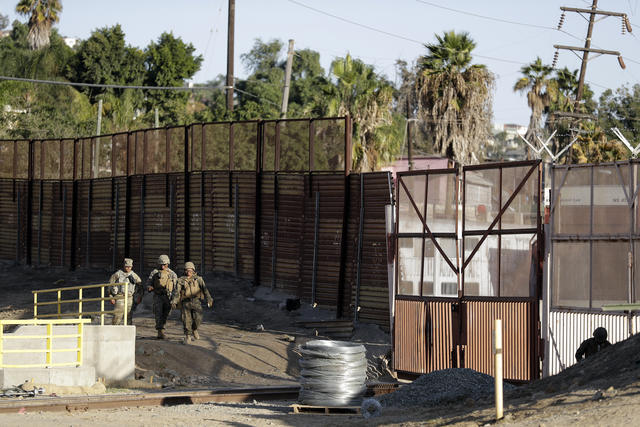 A group of several hundred Central American migrants arrived in Tijuana on Tuesday. Moving ahead of a migrant caravan that has fixated the Trump administration, the arrivals say they are fleeing poverty and violence in hopes of being granted asylum in the U.S. "We hope that Trump sees our tranquility," an evangelical pastor from Honduras said.

A city in the Coachella Valley elected a man to public office with a history of sexist, racist, and threatening comments. On Twitter, he's said politicians and journalists should be killed. He's used slurs against women and accused the Desert Sun of poisoning children. "I think people should be honest," he explained when asked about his remarks. "We have a crisis of honesty in our country." 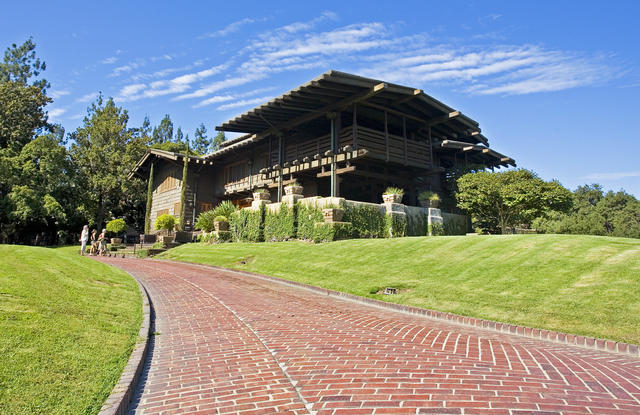 The Gamble House was built in 1908 for David and Mary Gamble, heirs to the Proctor & Gamble empire.

During the 1920s, Pasadena was said to have the highest per capita income of any city in the country. A series of palaces sprouted that became known as Millionaire’s Row. Many were swapped out over the years, but a handful remain in near-pristine condition. Among them is the Gamble House, a masterpiece of the American Craftsman style. A PBS special named it among 10 homes that changed America. 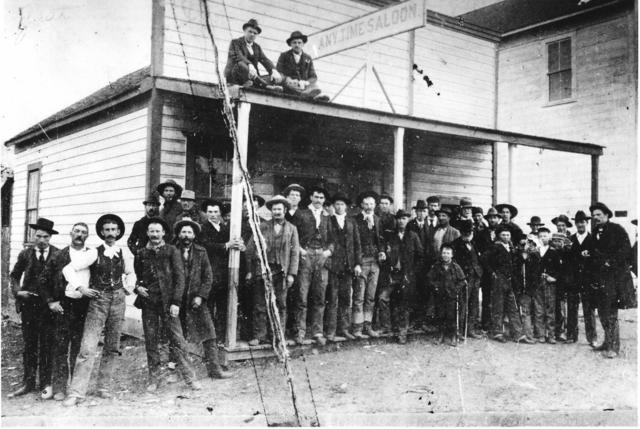 Patrons of Boonville's Anytime Saloon in an undated photo. The men were known to use Boontling to discuss women who caught their eye.

More than a century ago, a group of farmers in the hops fields of Northern California invented a folk language that is still spoken today.

Boontling, as it's called, originated in Boonville, a remote hamlet in the fertile Anderson Valley. How it emerged is murky. By one account, local gossips developed coded words to talk about a pregnant woman without embarrassing her. Another version suggests the first speakers were young men who wanted a way to talk about sex in mixed company.

More a lingo than a full-fledged language, the structure of Boontling is the same as English. Its distinction is a lively vocabulary of more than 1,500 words with hints of Gaelic, Irish, Pomo Indian, and outright whimsy. Many were created from references to people around town. 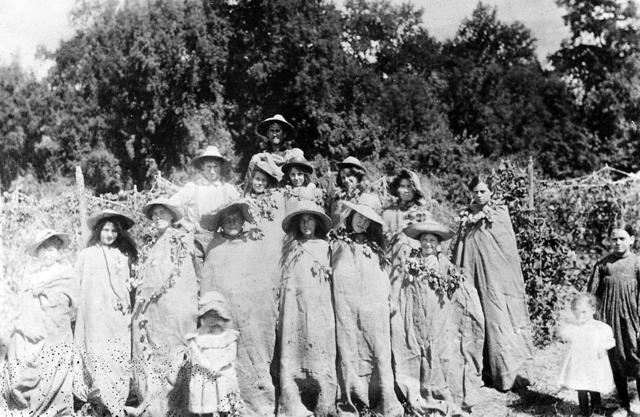 Hop pickers in the Anderson Valley wore burlap sacks to protect their clothes. "Burlap" means sex in Boontling. It was coined after a couple was spotted having relations atop a pile of the sacks.

apple-head: a girl, especially one’s girlfriend. (Coined after someone used the term derisively for a girl with a small head.)

harp a wess: to fib. (A local named Wes was known to tell tall tales.)

shoveltooth: doctor (An early physician in town had protruding teeth.)

In its heyday between 1880 and 1920, Boontling was said to be spoken by 1,000 or so residents. It was taught at the elementary school. But as roads and telephones rescued the valley from isolation, there was an influx of newcomers and the tradition faded. 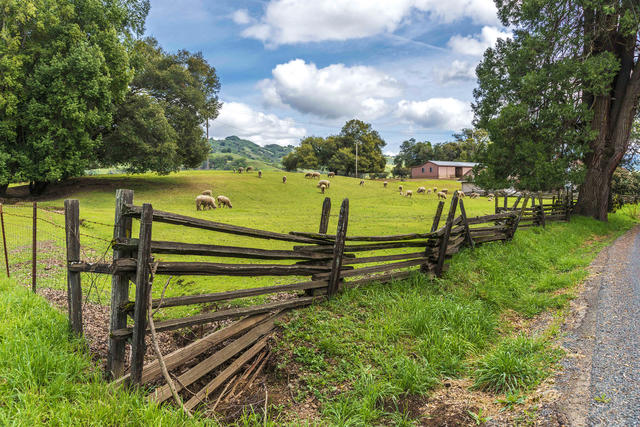 Still, Boont harpers (Boontling speakers) remain, even if most are in codgyhood (old age). The youngest of them is Rod DeWitt, 61. Reached by phone, he estimated that fewer than 20 residents still know the lingo.

With a growing population of Hispanic farmworkers, people nowadays are more interesed in mastering Spanish or English, DeWitt said. "Nobody has time to mess with Boontling," he said. "I don’t really see much hope for it."

From time to time, the old-timers will still break into the lingo at a coffee shop or campfire. (Here is DeWitt speaking Boontling). But its days appeared to be numbered. "We’re piking to the dusties," DeWitt said — Boontling for heading to the cemetery.