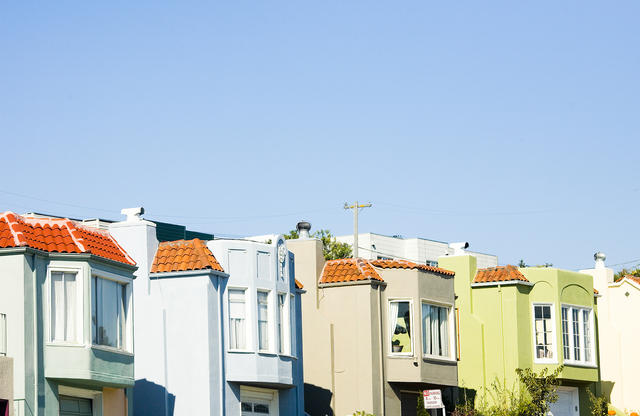 Home ownership is basically blocked to young people in many California metros.

A report analyzed how long it would take to save up a standard down payment on the median home in a given city by saving 5 percent of the city's gross median income per year. In 1975, the national average was nine years. Now it's 14. But in California's white-hot housing markets, the numbers go haywire. In Los Angeles, it would now take 43 years. In San Francisco, 40. And in San Jose and San Diego, 31. The Atlantic 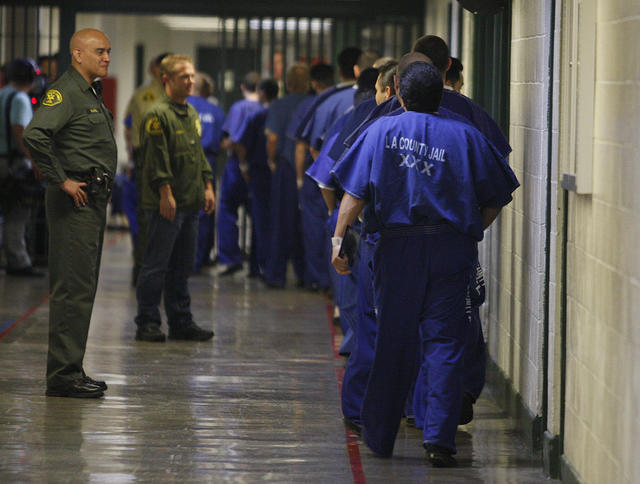 Inmates at the Men's Central Jail in Los Angeles.

Since 2011, inmate-on-inmate homicides have risen 46 percent in California's county jails. The spike followed reforms that redirected dangerous inmates from prisons to local jails that were ill-equipped to handle them. Now, Californians who are accused of crimes but innocent under the law are commonly shoved into cells with volatile criminals. Three-quarters of those killed in jails since 2011 were awaiting trial. Some were hours away from being released. Sacramento Bee/ProPublica

Energized by the decriminalization of psilocybin mushrooms in Oakland, activists are taking the movement statewide. The group Decriminalize California has made Los Angeles its center of operations, with outposts in San Francisco, San Diego, and Irvine. The goal: Gather enough signatures to put the question on the 2020 statewide ballot. L.A. Magazine 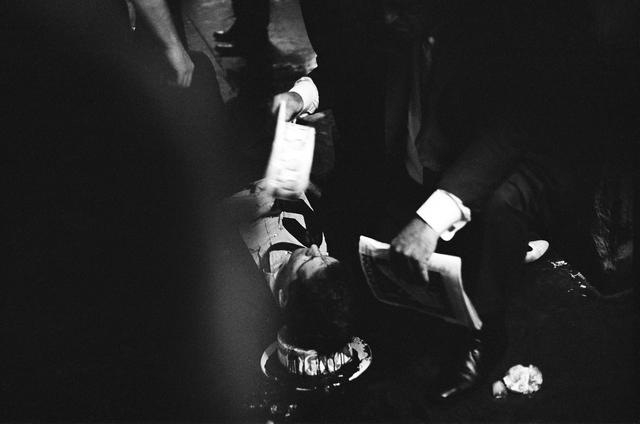 Paul Schrade laid on the ground at the Ambassador Hotel after being shot on June 5, 1968.

On this week's California Sun Podcast, host Jeff Schechtman chats with Paul Schrade, a longtime friend of Robert F. Kennedy who was shot along with the presidential candidate 51 years ago last week. Schrade recounted that fateful night at the Ambassador Hotel and how it shook the country and his own life. "I was really torn apart by this," he said. California Sun Podcast 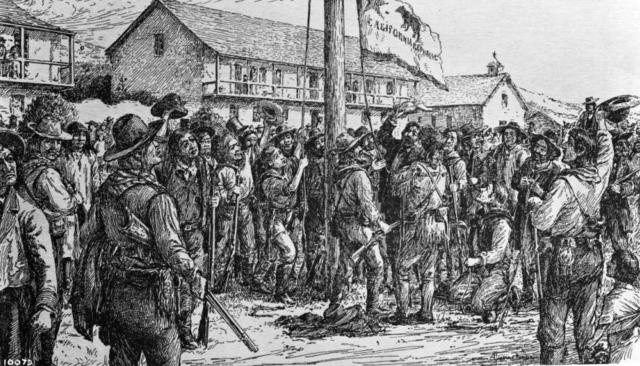 A historical depiction of the raising of the bear flag at Sonoma.

California, America's rebel state, flies a flag with secessionist origins. It was on this day in 1846 that a ragtag group of settlers defied the ruling Mexican government with the declaration of an independent California, emblazoning their flag with a grizzly bear. Alas, the so-called Bear Flag Revolt lasted only a few weeks.

A month before the rebellion, America had declared war on Mexico. On July 7, U.S. forces swept into Monterey, the capital of Alta California, and the rebels dropped their independence claim. But the flag lived on. A refined version was adopted as the official state flag in 1911. National Park Service | Bear Flag Museum 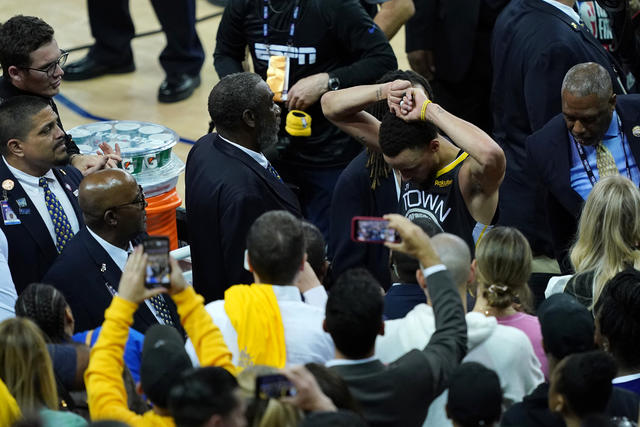 Stephen Curry left the court after the Warriors's loss at Oracle Arena on Thursday.

Hobbled by injuries, the Warriors fell to the Toronto Raptors in Game 6 of the N.B.A. Finals, 114-110, missing a chance to extend their dynasty of three titles in the last four years. They now enter an offseason of uncertainty, with star Kevin Durant sidelined by a devastating Achilles injury. No matter what happens, it's the end of an era for Oakland — the team's home of 47 years — as they relocate to a glossy new arena in San Francisco. East Bay Times | S.F. Examiner

A Ritz-Carlton in Half Moon Bay was fined $1.6 million for failing to provide public access to the beach. The oceanfront hotel was built in 2001 after years of battles over concerns that it would block two sandy beaches. Then it did, officials said. "You think about the families and local folks and visitors who have not been able to go to those beaches for almost a generation," a coastal commissioner said. Mercury News | A.P. 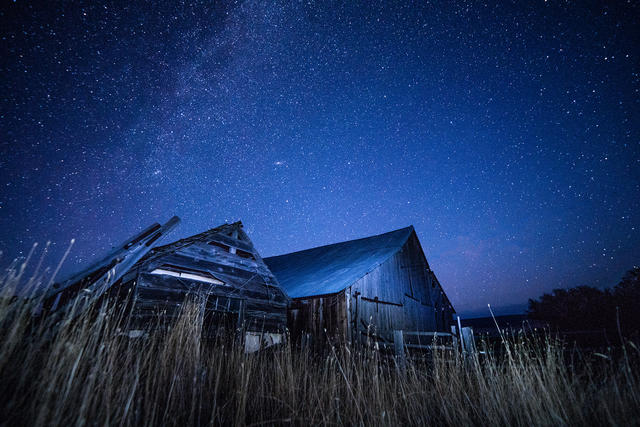 In California's northeastern corner, the courthouse chairs have hangers for cowboy hats. Modoc County — official slogan: "Where the West Still Lives" — has a fiercely protected way of life and a landscape like no other in California. The region is exceptionally beautiful, with pristine mountains, alpine lakes, lava beds, and high desert. Another bonus: As one of the state's least populous counties, the night skies are breathtaking. VisitCalifornia.com | Travel & Leisure

Here are the nearest dark sky areas all over California. lightpollutionmap.info 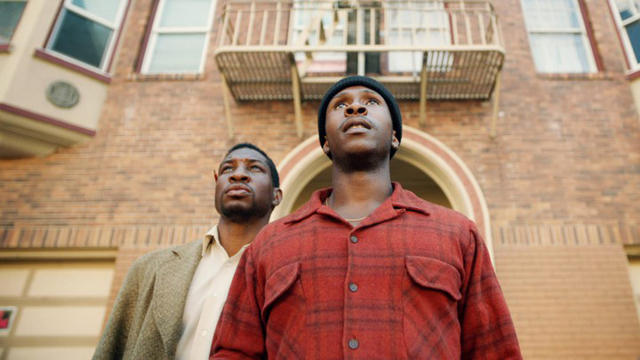 Glowing reviews have been piling up for "The Last Black Man in San Francisco," a film about a young man trying to hold on to a sense of home in a gentrifying city:

Rep. Duncan Hunter's wife pleaded guilty to a single corruption count, acknowledging that she and her husband used campaign funds to bankroll personal expenses that included a plane ride for their pet bunny, Eggburt. Margaret Hunter said she was "deeply remorseful." She faces up to five years in prison. The San Diego County congressman has portrayed the case as a political witch hunt and laid the blame for any campaign-filing errors on his wife. A.P. | S.D. Union-Tribune 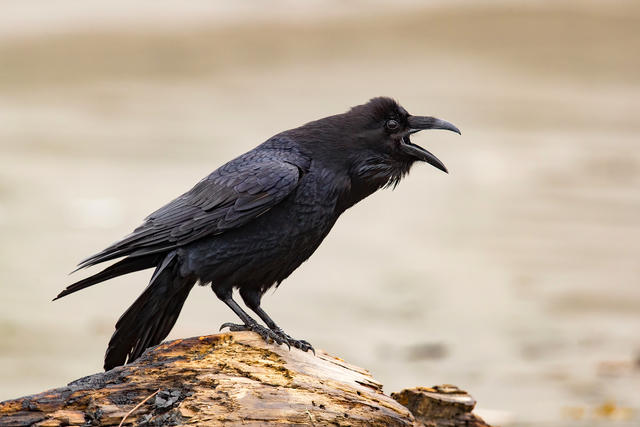 Common ravens have been expanding into territories where they are not welcome.

The population of the common raven is exploding across the American West. They are threatening several threatened species, including desert tortoises of the Mojave Desert, which the birds been hammering to death by the hundreds. Biologists have tried to repel the strutting predators using guns, poison, and traps — with little success. Now they're getting creative: with drone warfare. L.A. Times

The valedictorian of San Ysidro High School delivered a scorched-earth graduation speech that accused her counselor of being unavailable, and office staff of failing to tell her about scholarships. Then, to cheers from the assembled students, she directed her ire at a teacher who she said was regularly drunk during class: "Thank you for using yourself as an example to teach students about the dangers of alcoholism." Washington Post | S.D. Union-Tribune 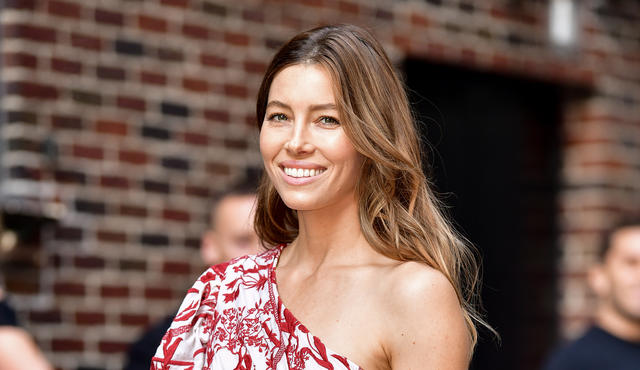 Jessica Biel said she opposed intrusions into family decisions about whether to vaccinate.

Actress Jessica Biel faced intense criticism after photos surfaced of her posing alongside Robert F. Kennedy Jr., an activist who has spread misinformation about childhood vaccines. The pair were in Sacramento to lobby against a bill that aims to limit dubious vaccination exemptions. In an Instagram post, Biel explained that she is not opposed to vaccinations, but added: "I also support families having the right to make educated medical decisions for their children alongside their physicians." N.Y. Times | Hollywood Reporter 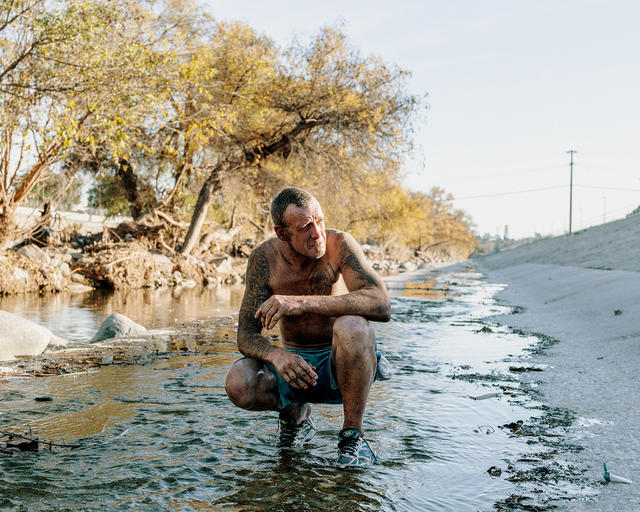 Los Angeles's namesake river was the city's original source of life. After being paved to prevent flooding in the 1930s, it came to be regarded by many as an inhospitable drainage ditch. But life thrives along its edges. As part of his ongoing project "Concrete River," California photographer Mathew Scott has been documenting the people and places along the waterway's winding 51 miles. The images are fantastic. FotoRoom | MathewScott.com

Here are nine views of the L.A. River before and after it was paved. Curbed Los Angeles 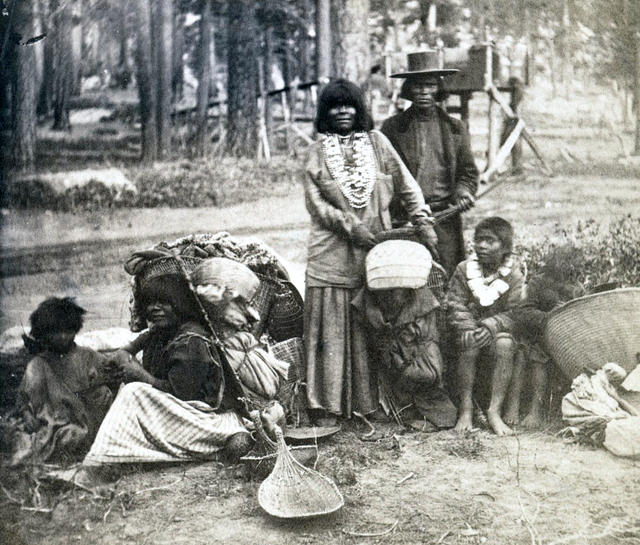