California already has the nation's strongest data privacy law. Now it may get sharper teeth under new legislation that would allow consumers to sue companies for misusing their data. Industry leaders warned of disastrous consequences for jobs and innovation. "It would be a class-action bonanza," a lobbyist said. 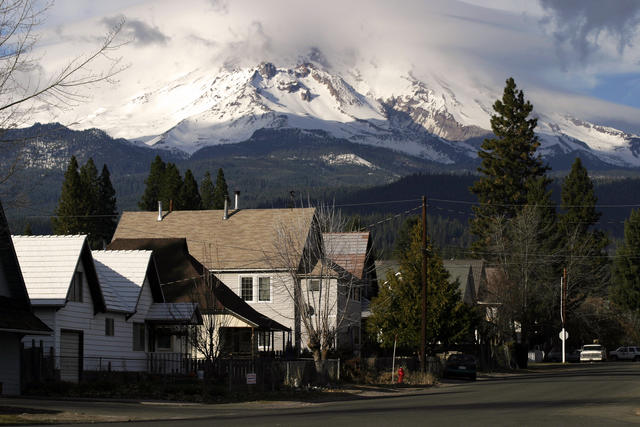 Mount Shasta, looming over the town of McCloud, is categorized as “very high threat."

California is said to face a 16 percent probability of a volcanic eruption within the next 30 years. So government scientists set out to map the populations and property in the shadow of danger. Their conclusion: Nearly 200,000 people live, work, or pass through California's volcanic hazard zones on a daily basis, with the largest population near Mount Shasta. 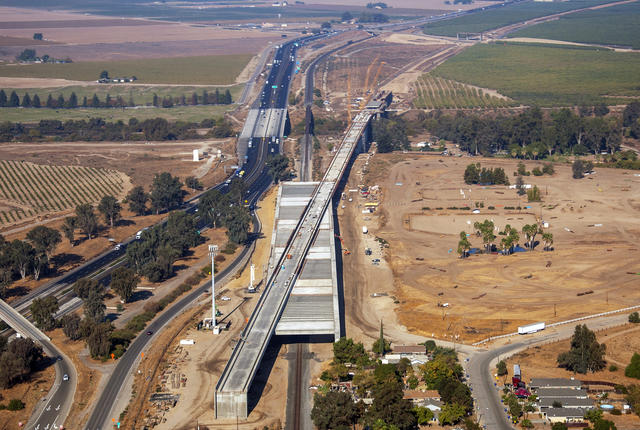 A view of a bridge that would carry California's high-speed rail over the San Joaquin River.

Fun fact: In the 23 years since California's High-Speed Rail Authority was established, China has built 16,000 miles of high-speed rail. The N.Y. Times asked whether Gov. Gavin Newsom's rail retreat means the era of big government projects is over in America. After all, it wrote, "If California can't build it, who can?"

The Sacramento Bee summarized a raft of Democratic tax proposals, both hikes and cuts, currently under consideration in Sacramento. 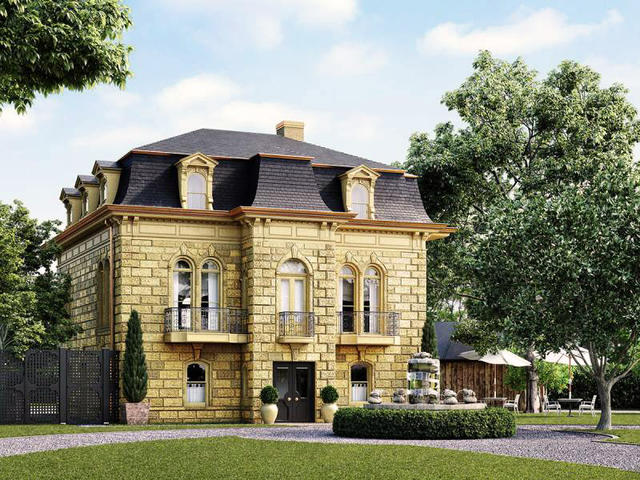 Travel + Leisure surveyed a network of hospitality professionals and travel writers to curate a list of the world's best new hotels. Four California properties made the so-called "It List 2019." Among them is the Francis House in Napa Valley, pictured above, a newly restored five-room inn built in 1886 and listed on the National Register of Historic Places. 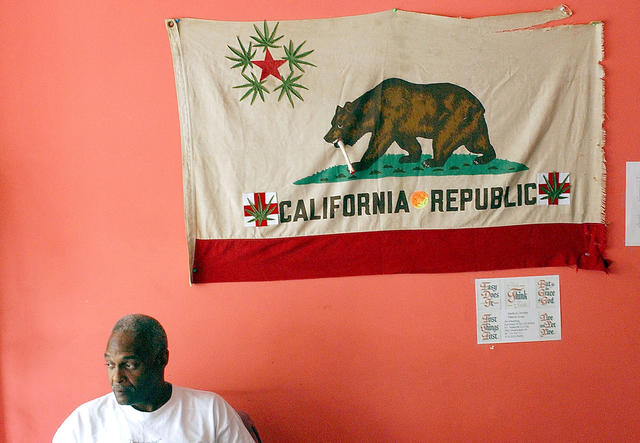 A man sat inside a medical cannabis cooperative in San Francisco in 2002.

San Francisco announced that it would wipe out more than 9,000 marijuana convictions following California's legalization of recreational cannabis. That will make it the first city in the country to clear all eligible pot convictions. The move was made possible with help from a technology nonprofit that used an algorithm to parse decades' worth of criminal cases.

Two boys, aged 14 and 15, were fatally shot in the wee hours of Sunday morning as they rode their bikes in Stockton. There have been no arrests and the police have provided no information on any suspect. A relative of one victim said the family was "screaming with everything within them, trying to understand this tragedy." 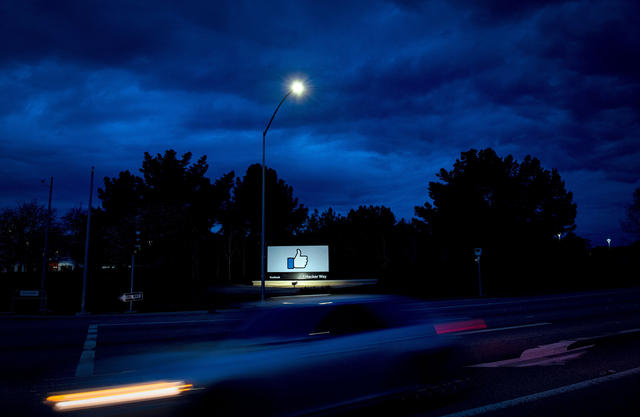 A view of Facebook's corporate headquarters in Menlo Park.

A reporter interviewed dozens of Facebook content moderators and found a workplace "perpetually teetering on the brink of chaos." The moderators develop PTSD-like symptoms after being bombarded by graphic images. Some have begun to embrace conspiracy theories like flat-Earthism and holocaust denial. One worker mapped escape routes from his house and sleeps with a gun. "I no longer believe 9/11 was a terrorist attack," he said.

Elon Musk is in trouble again for his tweets. The Securities and Exchange Commission asked a federal judge to hold the Tesla C.E.O. in contempt after he wrote on Twitter, "Tesla made 0 cars in 2011, but will make around 500k in 2019." Four hours later, he corrected the figure. Last year, Musk agreed to restrictions on tweets that could potentially move markets. 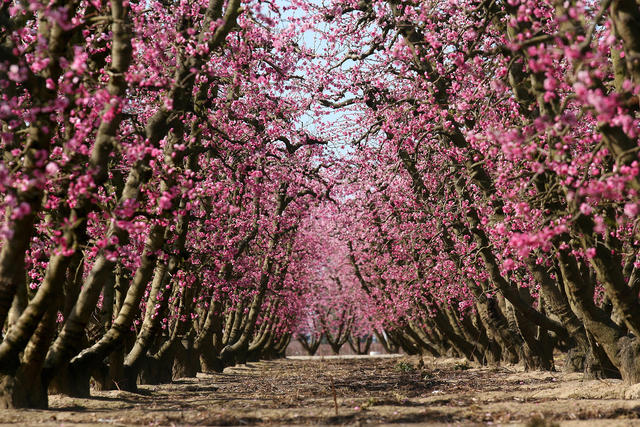 Fresno County's nut and stone fruit trees put on a show in February and March.

The San Joaquin Valley's orchards are erupting in shades of white, pink, and purple. The Fresno County Blossom Trail — a self-guided route — showcases the agricultural region's plum, almond, peach, nectarine and other petal-filled trees. Reached by the California Sun, tourism official Kristi Johnson said that barring damaging rain over the next few days this weekend could be the best display of the season. "We're right in the heart of it," she said.

Here are details on the route from Goblossomtrail.com, and recent aerial views by KFSN-TV. 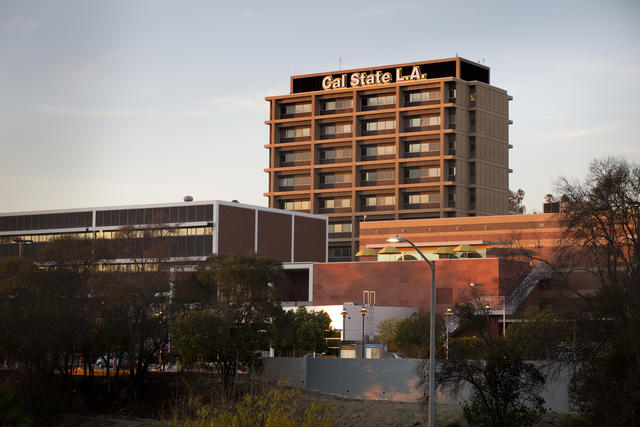 Cal State L.A. is planning to raise its GPA and standardized test score standards after years of having to turn away qualified applicants. But opponents say the change would push admission further out of reach for disadvantaged students the Cal State system is meant to serve. A number of other campuses have already declared themselves "impacted" and raised standards. "Impaction is like a plague spreading through the CSU," a faculty member said.

A San Bernardino County jail held gay, bisexual, transgender, and intersex inmates in a so-called Alternative Lifestyle Tank for up to 23 hours a day between 2012 and 2018. Jail officials said it was for their own safety, but a lawsuit accused them of discrimination. Now the county has agreed to pay a $1 million settlement. "No one should be led to choose between their safety and their equal rights," a civil rights lawyer said. 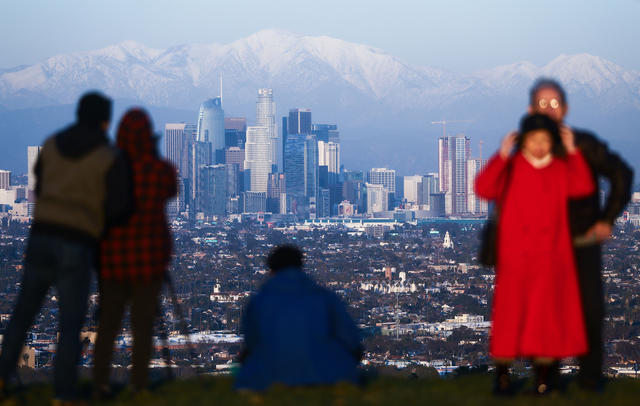 People gathered to take photos this month in Los Angeles, where it's been a bit chilly.

This has been the coldest February in downtown Los Angeles in nearly 60 years. The average high has hovered around 60 degrees, a full 8 degrees lower than normal. The highest temperature of the month has been 69 degrees. If it doesn't hit 70 in the next few days, it would be the first February without a 70-degree day since record-keeping began in 1877. 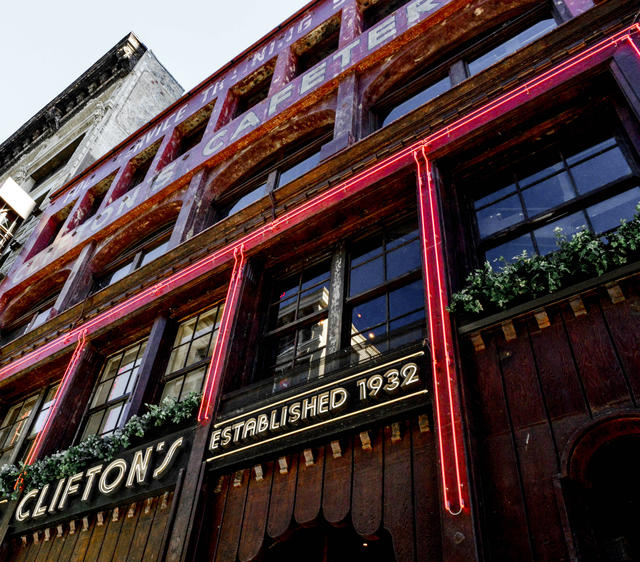 Clifton’s Cafeteria in Los Angeles was among the Green Book sites.

In Jim Crow-era America, the open road could be a treacherous place for African-Americans. That's why in 1936 a postal worker named Victor Green published the Negro Motorist Green Book, a guide to safe havens for black travelers whose history was depicted in the film "Green Book." Of 224 "safe" sites in Los Angeles, about 8 percent still stand. Curbed plotted the hotels, clubs, and restaurtants on a map. 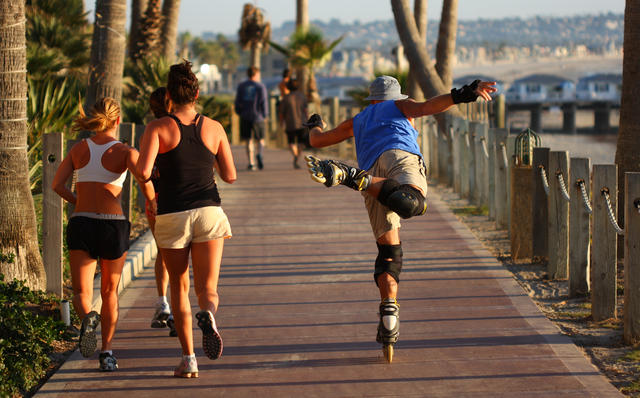 Slomo has become an institution in Pacific Beach.

There's a former doctor who rollerblades up and down San Diego's Pacific Beach while moving his body in slow motion. He calls himself Slomo; locals call him a legend. Dr. John Kitchin, his real name, had become disillusioned by the materialism of his life as a neurologist when he walked away from it all and moved into a studio by the beach. He's now something of a modern-day mystic on wheels, extolling the virtues of living life in the "zone."

A filmmaker wondered: was this guy nuts, or was he on to something? Either way, Josh Izenberg wrote. "I couldn’t get enough of him." Izenberg's short documentary (~16 minutes) is fantastic. 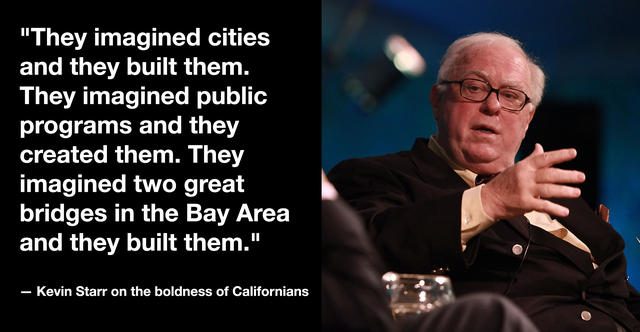 Listen and subscribe to the California Sun podcast, conversations with the Golden State's most fascinating personalities.