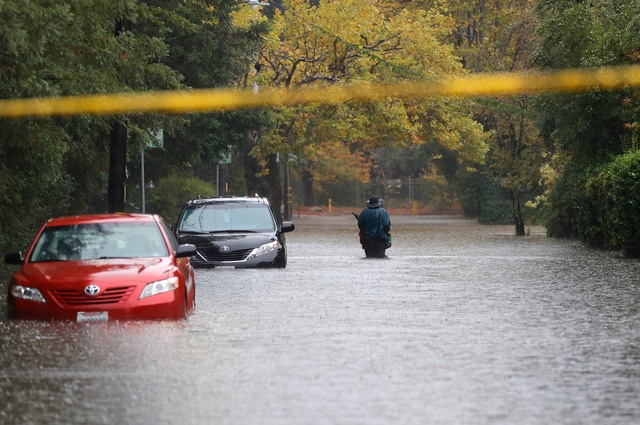 A person waded across a flooded street in Kentfield on Sunday.

Lake Oroville rose 20 feet in a week. Sacramento, Santa Rosa, and Blue Canyon in Placer County shattered their records for single-day rainfall. Dry waterfalls in Yosemite Valley roared back to life. Still, as sunny skies returned after the weekend's epic atmospheric river, experts said on Monday that the drought is still very much with us. “It’s been very, very dry for two years,” said Jay Lund, of UC Davis. “One storm does not end that kind of a drought.” L.A. Times | S.F. Chronicle

California gave away at least $20 billion to criminals, state officials said during a hearing Monday on last year's unemployment benefits fiasco. Assemblyman Tom Lackey, a Republican, brought an illustration of 29 dump trucks filled with $100 bills to represent half of the money lost to fraud. “I don’t think people have captured in their mind the enormity of the amount of money has been issued errantly to undeserving people,” he said. A.P. | S.F. Chronicle

Sen. Alex Padilla is trying to convince his Republican colleagues to support citizenship for the country's 11 million undocumented immigrants. He recounted a conversation with a senator who told him, "I like immigrants. My state is pro-immigrant. We need immigrants. Meat processing. Agriculture. This industry, that industry. I get it. Immigrants come here and they work hard to provide for their families. And they have kids and their kids do very well in school and they grow up to be maybe teachers or a firefighter or even a manager at the plant where their parents work.”

Padilla leaned in. “You know what else is possible?” Padilla said he asked the senator. “One of those kids can grow up to be a United States senator.” Washington Post 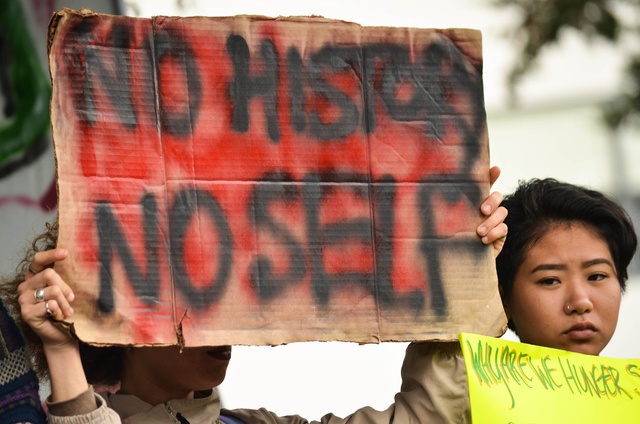 Jay Caspian Kang wrote a thoughtful essay about California's new high school ethnic studies requirement. He predicted that individual school districts would craft courses that dilute the intended mission. He also said he is skeptical about worries of indoctrinating kids. "But," he added, "it should be said that this particular ethnic studies curriculum does, in fact, encourage kids to take a political position." N.Y. Times

Berkeley Unified is going further than the state, developing a framework to infuse ethnic studies into every grade level. Berkeleyside

On Monday, a consortium of 17 American news organizations began publishing stories based on leaked internal documents from Facebook. Adrienne LaFrance, executive editor of The Atlantic, had one of the most incisive pieces. “These documents leave little room for doubt about Facebook’s crucial role in advancing the cause of authoritarianism in America and around the world. Authoritarianism predates the rise of Facebook, of course. But Facebook makes it much easier for authoritarians to win.” The Atlantic

When Theodore Kim took his iPhone in for a repair while still under warranty, he was told the phone couldn't be fixed because it was tampered with. "Tampered with in what way?" he responded. He says he didn't get an answer. So Kim decided to play David to Apple's Goliath, suing the tech giant in small claims court in San Francisco for $1,383.13, the exact cost of the phone. A trial is set for Nov. 23. Business Insider 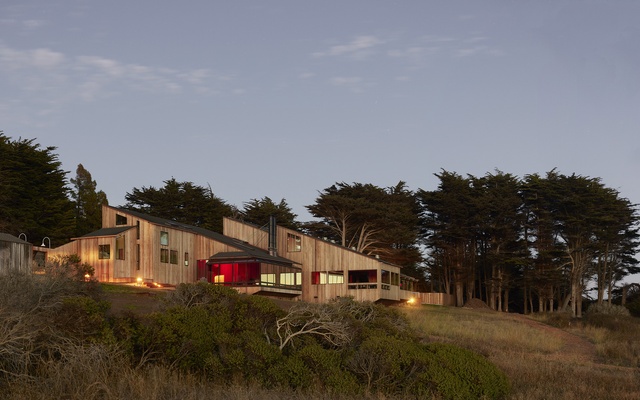 Sea Ranch Lodge sits on 53 acres along the Sonoma coast.

The Press Democrat polled its readers on the most beautiful building in Sonoma County. The winner: The Sea Ranch Lodge. Built in 1964, the rustic hotel was among the first buildings in Sea Ranch, a utopian development along 10 miles of the rugged coastline. Closed in 2019 for a renovation, the lodge just reopened its dining room and bar with big windows facing the Pacific. They're still working on the guest rooms. Press Democrat | Dwell

Last week, the photographer Britain Andrew saw the most spectacular wildlife show in his nine years of living and working in Yosemite. As he walked early one morning along the Merced River, two coyotes showed up to gnaw on a mule carcass. A bear appeared, then two more, and an unkindness of about 30 ravens. Andrew snapped the picture below. "I had an image like this in my mind for years, but honestly never thought I would ever get the chance to capture it," he later wrote. "This one will always be special to me." 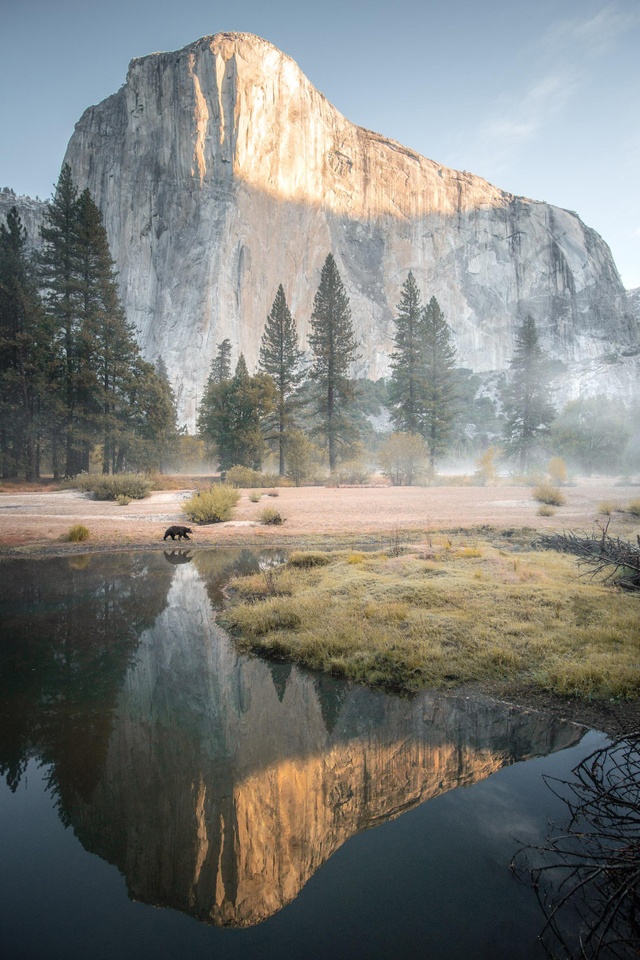 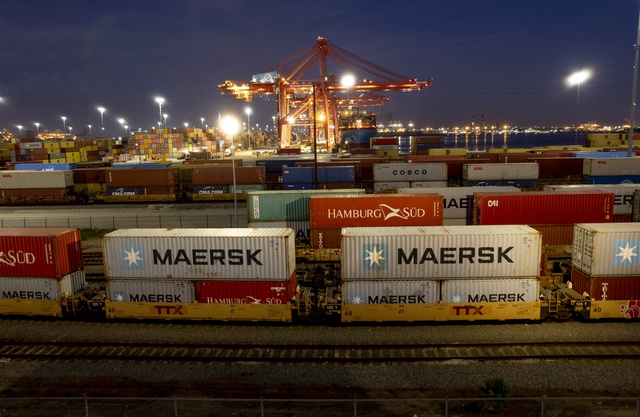 Shipping containers at the Port of Long Beach on Sunday.

Last Thursday Ryan Petersen, the chief executive of a logistics company, took a tour of the severely gridlocked port of Long Beach. He was appalled by what he saw. In tweets that went viral, Petersen said he saw fewer than a dozen containers get unloaded in three hours. A key reason for the bottleneck: Long Beach prohibits stacking off-loaded containers more than two high, a rule created not for safety reasons but to protect the view. A day after Petersen's tweets, the city announced it was suspending the rule. Bloomberg | Business Insider

A helicopter crew captured what the port crisis looks like up close. 👉 Wall Street Journal 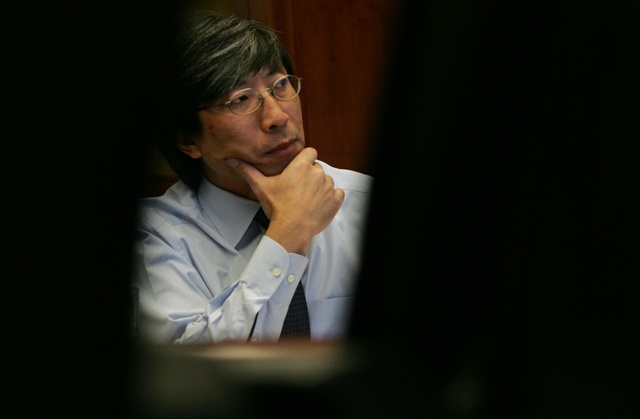 A San Diego TikTok personality with nearly a million online followers has been accused to killing his wife and a man she was with. Prosecutors said Ali Abulaban used a device to surreptitiously listen as his wife, 28-year-old Ana Abulaban, talked and giggled with another man, Rayburn Barron, 29, at their home, then barged in and shot them to death. Appearing in court on Monday, Abulaban pleaded not guilty. S.D. Union-Tribune | A.P.

Neal W. Zoromski, a veteran Hollywood prop master, was thrilled when he was asked to join the crew of an Alec Baldwin film in New Mexico. But during informal discussions, he said, there were massive red flags: It seemed like production managers were cutting corners at the expense of safety. Zoromski took a pass. “After I pressed ‘send’ on that last email, I felt, in the pit of my stomach: ‘That is an accident waiting to happen,’” he said. L.A. Times