Six of the country's top 10 counties for railroad deaths, not including suicides, from 2013 to 2017 were in California. Experts say the toll is one more side effect of the state's burgeoning homeless population, as railroad tracks are increasingly lined with people sleeping in tents or under cardboard boxes. L.A. Times 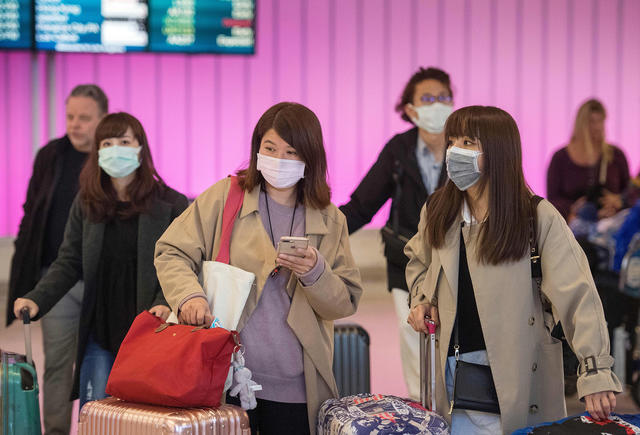 Public health officials in California were trying to alleviate widespread fear after two people were tested positive for the novel coronavirus in Los Angeles and Orange counties. All told, 110 patients are under investigation for possible infection in 26 states. Even so, a CDC official said, "At this time in the U.S., this virus is not spreading in the community." O.C. Register | L.A. Times

The U.S. State Department is evacuating its staff from the Chinese city of Wuhan — the epicenter of the coronavirus outbreak — and flying them to Ontario in San Bernardino County. San Gabriel Valley Tribune | KABC

The authorities seized more than 10,000 marijuana vape pens from black market retailers in Los Angeles and found that 75 percent of them were tainted with undisclosed additives, including a thickening agent linked to several deaths. Nearly all of them had labels that grossly overstated their THC content. A.P. | Sacramento Bee

Shops in San Francisco are bracing for the city's first-in-the-nation ban on e-cigarette sales. It's expected to amount to $70 million in lost sales annually. "I don't know what the hell I'm going to do," one retailer said. S.F. Chronicle 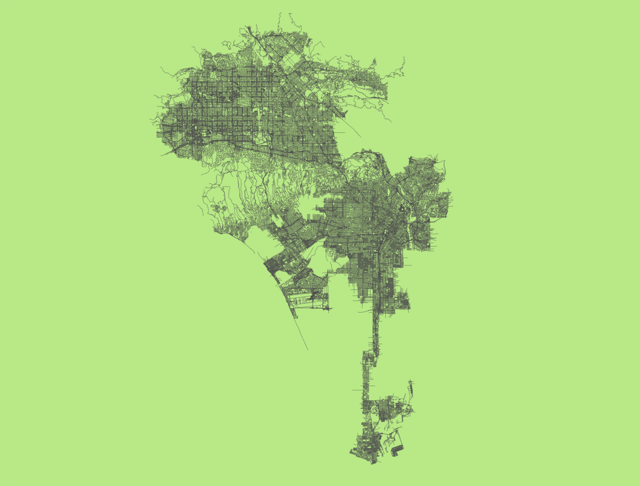 Los Angeles has been famously described as 72 suburbs in search of a city.

The author Carey McWilliams described Los Angeles as a "gigantic improvisation." Unlike Chicago, for example, which grows outward with decreasing density, the West Coast's most populous city unfolds as "a series of connected villages" only loosely associated with the downtown.

A new map project called City Roads, by software engineer Andrei Kashcha, lets you look up cities all over the world depicted by only their streets. Viewing Los Angeles, above, the cobbled together metropolis resembles an inkblot spilling every which way. Can you guess the California cities below? (Answers at the bottom of the newsletter.) City Roads 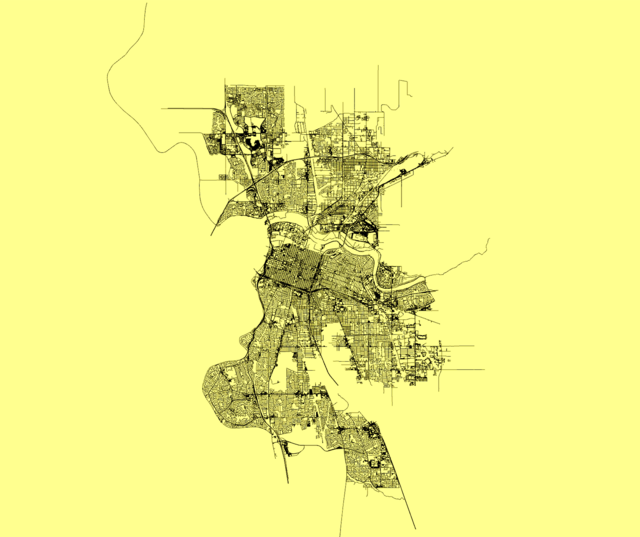 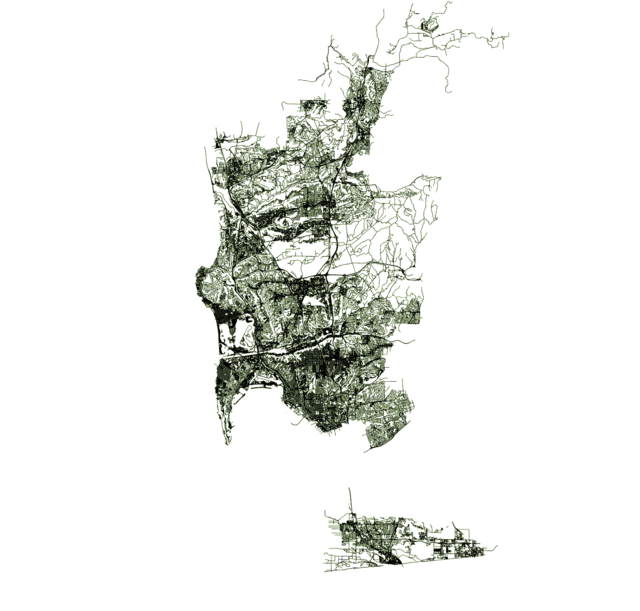 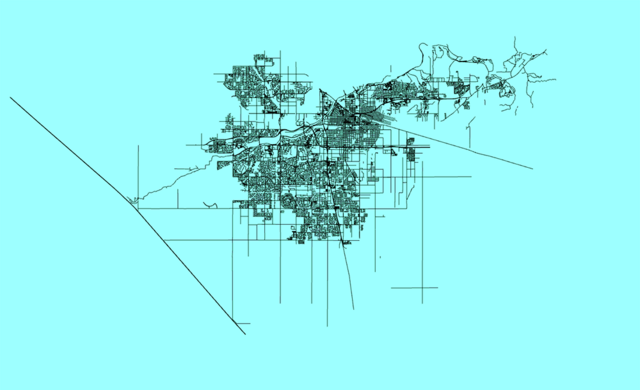 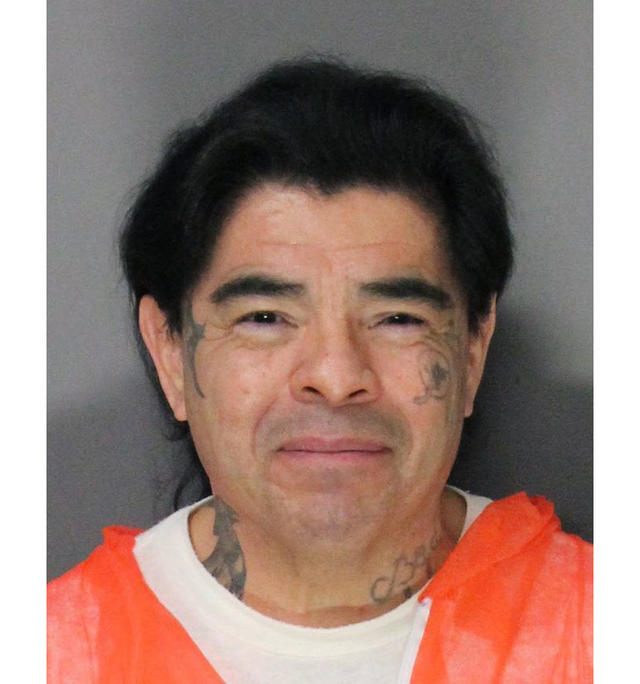 The authorities said they cracked a horrific cold case in which a Delano man killed five of his infant children between 1992 and 2001. Paul Perez, 57, was arrested after DNA testing identified an infant found in a waterway near Sacramento. That led to a renewed search for kin and the discovery that the child had several missing siblings. "In my 40 years in law enforcement, I cannot think of a case more disturbing than this one," the Yolo County sheriff said. Daily Democrat | A.P.

Chesa Boudin, San Francisco's new district attorney, faced an outcry from the city's police union after he withdrew criminal charges against a man accused of attacking officers with a bottle. The suspect was shot by police during the confrontation. A national association of law enforcement groups wrote to U.S. Attorney General Bill Barr asking him to intervene. It read in part, "The criminals-first message this sends is chilling to all law enforcement officers." S.F. Examiner | Bay City News Service

California is home to 7 of the 10 most racially and ethnically diverse cities in America, a new analysis found. No. 1 is Stockton, where 45 percent of residents are white, 22 percent Asian, and 12 percent black. Hispanics, who can be of any race, make up 42 percent. "California is America, just sooner," a USC sociology professor said. The Guardian 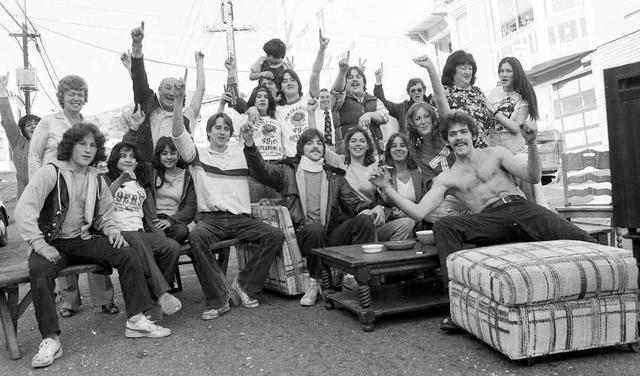 The S.F. Chronicle sifted through its photo archive and found the ultimate San Francisco Super Bowl block party from 1982. Absent: A permit or jumpy house. Present: A TV dragged into the middle of the street and copious beer and cigarettes. The writer Peter Hartlaub identified "shirtless jeans guy," pictured above right, as among those he'd most like to party with: "Cool stache. Cool hair. Probable El Camino owner." S.F. Chronicle 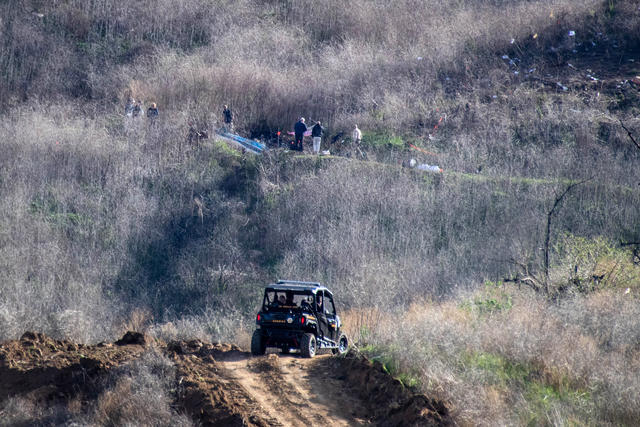 Federal investigators said the helicopter carrying Kobe Bryant, his daughter, and seven others had ascended rapidly to avoid clouds then started a descending left turn before slamming into a hillside near Calabasas. There was no mayday call. A marine layer had settled over the area the morning of the crash, but investigators hadn't yet determined a cause. "We look at man, machine, and the environment, and weather is just a small portion of that," an investigator said. L.A. Times | N.Y. Times

The pilot was identified as Ara Zobayan. People who knew him said he was affable and exacting. "There's a reason that people wanted to fly with him," a fellow pilot said. "He was just a cool, calm guy." CNN 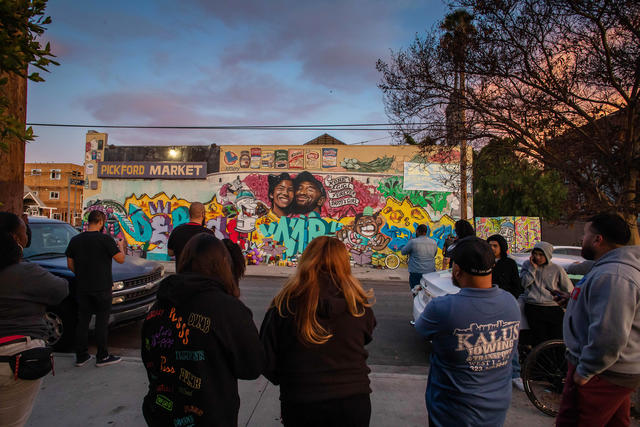 More details surfaced about the victims of the crash. Among them were:

Flags were lowered to half staff, Los Angeles City Hall was bathed in purple and gold, and memorials popped up across Southern California, including a new mural of Bryant and his 13-year-old daughter, Gianna, in the Mid-City neighborhood, above. CBSLA | LAist

In taking measure of Bryant's legacy, some news organization struggled with how to handle a 2003 sexual assault allegation against the Lakers star. Bryant was charged with one count of felony assault, but the accuser declined to testify and prosecutors dropped the case. Not long after the news of Bryant's death on Sunday, Washington Post reporter Felicia Sonmez tweeted a link to coverage of the case. That led to torrent of invective from Twitter users and a rebuke from the Post itself, which suspended Sonmez for using "poor judgment." By Monday, more than 200 Post journalists had signed a letter criticizing the suspension. Washington Post | N.Y. Times

TMZ also faced criticism. Its transgression, according to officials: Reporting the news of Bryant's death before the families could be notified. "That is just wholly inappropriate," the Los Angeles County sheriff said. CNN | Mediaite 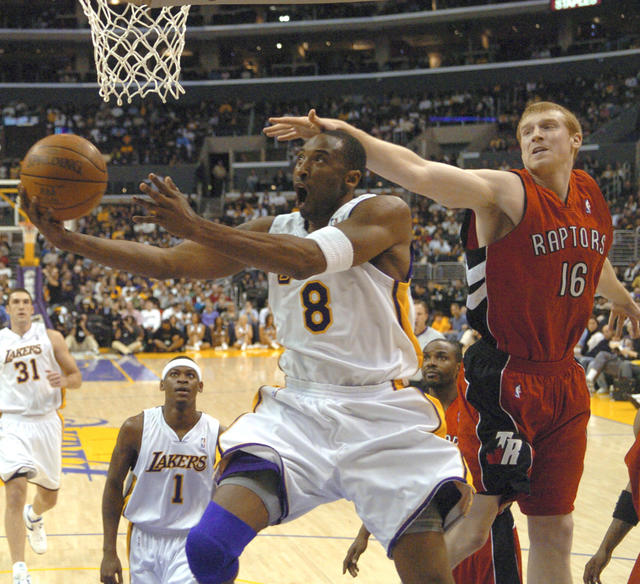 Kobe Bryant seemed capable of summoning greatness at any moment. He could be a streaky player, but when he was hot, he was unstoppable. There was the outing in 2003 when he set an NBA record with 12 threes in a single game, nine of them consecutive. Or the nine-game tear he went on that same year, scoring at least 40 points a game.

But his masterpiece was at the Staples Center 14 years ago this month. On Jan. 22, 2006, Bryant amassed a mind-boggling 81 points in one of the most impressive individual performances in basketball history. Only Wilt Chamberlain had ever scored more, with a 100-point performance in 1962.

Asked later what possessed him, Bryant was stumped. "To sit here and say I grasp what happened," he said, "that would be lying."

But there was something unusual about that day: It was the first and only game that his grandma had ever attended. In town from Philadelphia, she had avoided Bryant's professional games because they made her so nervous. When he got off to a slow start, she worried that she was jinxing him.

But then Bryant seemed to become possessed. By the end of three quarters he had 53 points. In the fourth quarter, as he added another 28, he waved to his grandmother in the stands. She hugged a stranger sitting next to her, a Lakers superfan named Cathy Johnson. "It was absolutely electric," Johnson recalled later in an interview with Vocativ.

When the final buzzer rang, Bryant had given his grandmother the greatest show of his career, and one that no other player has come close to matching since.