After days of peaceful demonstrations, more than 7,100 National Guard troops are being pulled from deployments in the torn streets of Los Angeles, San Francisco, Sacramento, and other cities, officials said on Sunday. A Guard official said the mission was a success. "The citizens of California know that whenever they need their California National Guard, whatever the situation, when called, we will respond," he said. A.P. | L.A. Daily News

California’s protests showed no signs of slowing down over the weekend. Some snapshots from across the state: 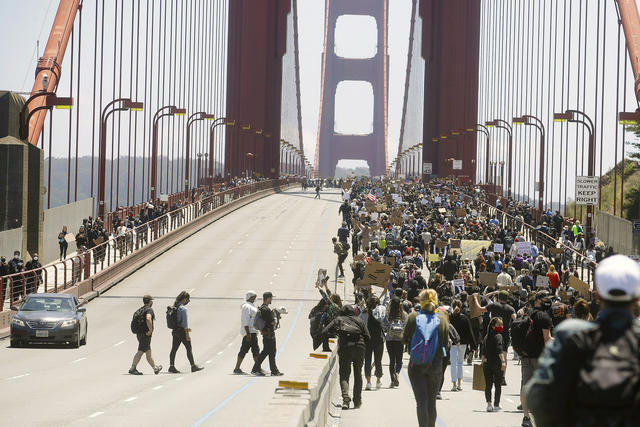 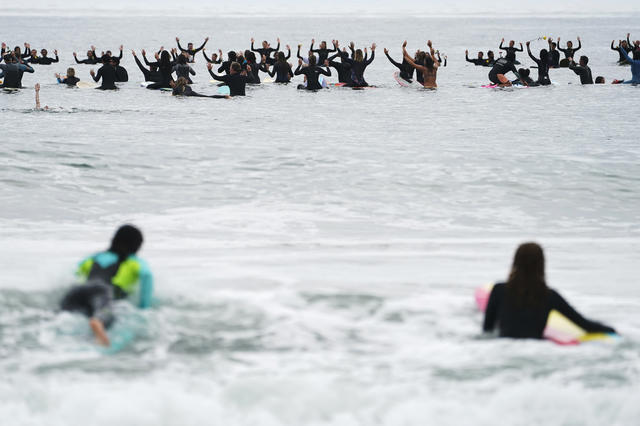 Surfers participated in a paddle out ceremony in memory of George Floyd in Santa Monica on Friday.

There have been scattered reports over the last week on the presence of militia members at protests across California. Their stated purpose: to guard against violence. But some have been characterized by protesters as forms of intimidation.

A protester who was struck by a vehicle during a march in Bakersfield last week has died, officials said on Saturday. The police said Robert Forbes, 55, was crossing a darkened street when he was hit. Video showing the driver smoking a cigarette as police officers investigated the scene drew outrage. Forbes' sister said she believed the collision was intentional, and posters appeared around the city calling the death a murder. BuzzFeed News | KGET 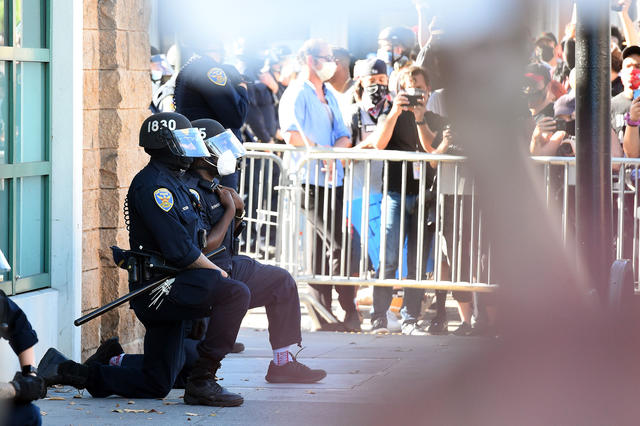 Two police officers took a knee in solidarity with protesters in San Francisco on June 3. 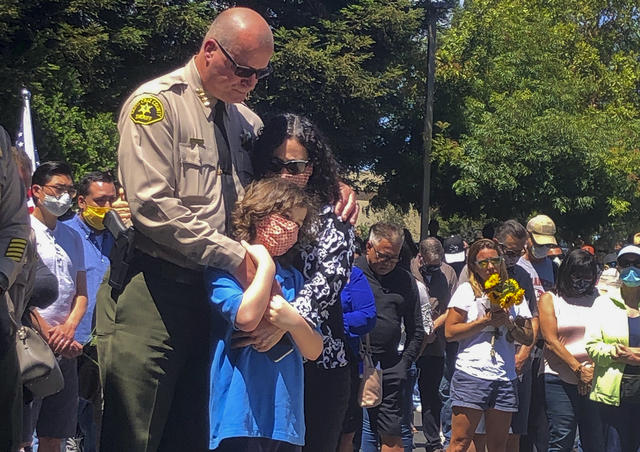 A Santa Cruz County sheriff’s deputy was fatally shot in an ambush in the Santa Cruz Mountains on Saturday. Sgt. Damon Gutzwiller was responding to a report of guns and bomb materials in a van. As deputies approached the vehicle at a home in Ben Lomond, they came under attack, officials said. Gutzwiller left behind a young child and a pregnant wife. Another deputy was critically injured.

Hospitals along California's southern border are so overwhelmed by American patients fleeing Mexico that they're airlifting them as far north as Santa Barbara, San Francisco, and Sacramento. “We worked hard to flatten the curve in California,” a health official said. “Now we have a surge in the Imperial Valley because the situation is so severe in Mexicali.” N.Y. Times

Renowned epidemiologist from Marin: “We have not even passed the first wave. We are early in this pandemic.” Marin Independent Journal 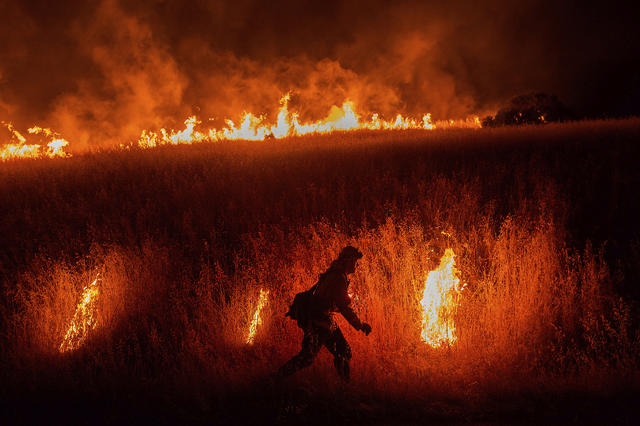 A firefighter lit a backfire to stop a fire from spreading near Winters on Saturday.

Dry windy conditions over the weekend fueled several fires. One fast-moving blaze chewed through nearly 3 square miles near the Bay Area city of Vacaville, destroying three structures and threatening 100 more. By Sunday afternoon, firefighters had gained the upper hand. Around the same time, about 100 miles southeast of Vacaville, another blaze popped up in Mariposa County. It grew to 200 acres and prompted evacuations. A.P. | S.F. Chronicle

California was poised to spend spend billions of dollars on fire prevention. Then came Covid-19. Now things are on hold. NPR

“I have no attachment to this city.”

Tech workers have been blamed for obliterating San Francisco's housing market and culture. Now, as the Covid-19 crisis prompts more companies to embrace remote work, tech publications are speculating about the possibility of an exodus. In one survey, two out of three tech workers said they would consider leaving the Bay Area if their companies allowed it. The Verge 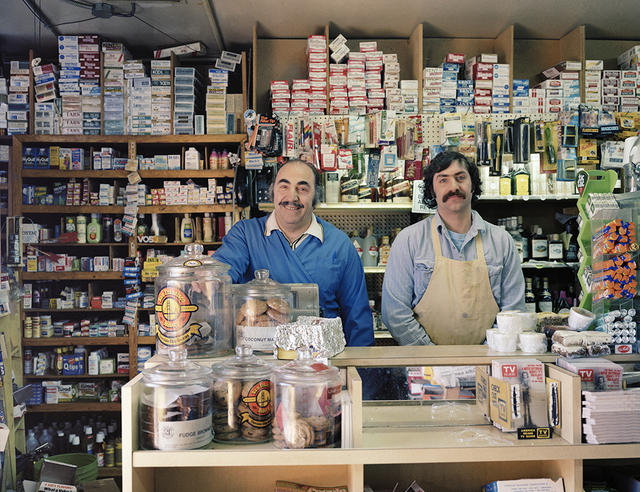 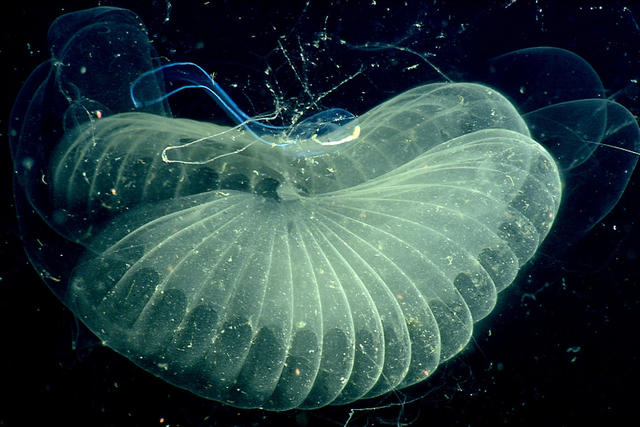 A close-up of a giant larvacean.

The scientists at the Monterey Bay Aquarium Research Institute are using a new kind of laser to illuminate the bizarre body structures of creatures in the depths of Monterey Bay. They operate like a CT scanner, revealing, in the words of one report, "mazes of translucent parts and gooey structures, including long filaments, mucus housings, and fine-mesh filters for gathering food." N.Y. Times | Popular Science

New sidewalk railing slats installed on the Golden Gate Bridge create a hum when the wind passes through them. It works the same way as a reed instrument, and apparently it was intentional. "The Golden Gate Bridge," KQED wrote, "is now effectively a giant orange wheezing kazoo." (Listen here). KQED | S.F. Chronicle