Responding to the altered timeline, Gov. Gavin Newsom said he instructed coroners to do autopsies on possible Covid deaths from as far back as December. Mercury News 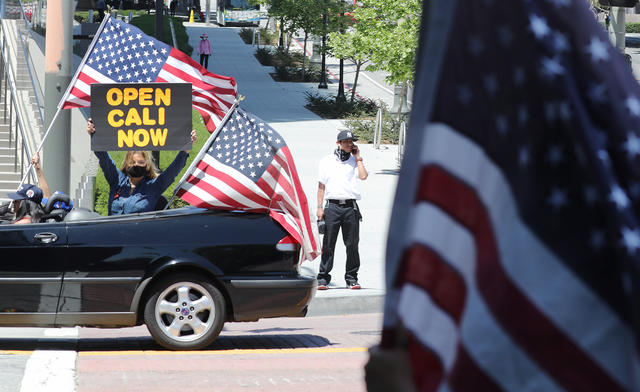 Protesters called on California officials to reopen the state in Los Angeles on Wednesday.

As more U.S. states signaled a readiness to reopen, Newsom made a first cautious step in relaxing California's stay-at-home order. Hospitals can now resume elective surgeries, a move that will send thousands of idled health care employees back to work. The governor said he's been bombarded with questions about when other sectors of the economy could reopen. "The pressure to answer that question is very real," he said. The answer, he added, could come in "days, not weeks or months." S.F. Chronicle | Eater Los Angeles

Some other developments in the reopening debate:

"You've raised us well. If you're finished here, then you can go in peace."

Here's a heartbreaking and beautifully written story about one family's loss. Chanell Jackson, a nurse, was caring for patients on the fourth floor of a West Los Angeles hospital. Her father was in isolation on the fifth floor. For days, coronavirus kept them apart. Then doctors said it was time to say goodbye. L.A. Times 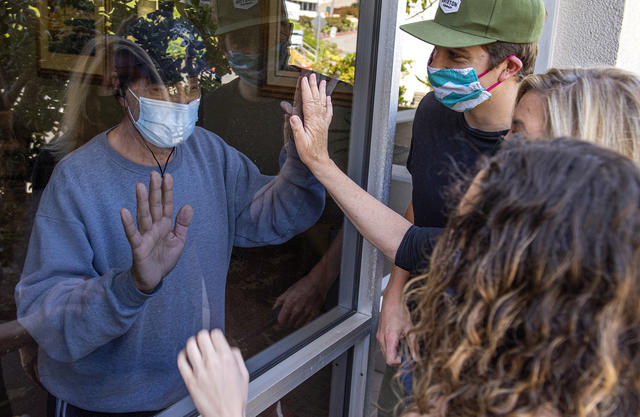 Brian Patnoe, left, who is hospitalized with Covid-19, visited family members at Mission Hospital in Laguna Beach on Wednesday.

On Wednesday, California recorded its deadliest day of the pandemic yet, with 118 deaths. Here are the latest totals, according to tallies by the S.F. Chronicle and N.Y. Times: 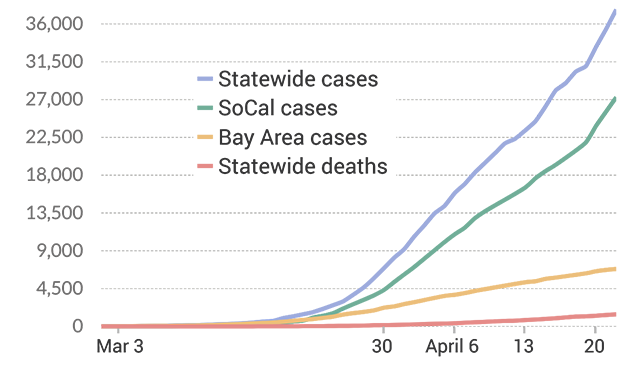 California is performing about 16,000 coronavirus tests a day, amounting to a smaller share of its population than almost any other state. To make reopening the economy more feasible, the daily testing volume needs to be at least 60,000, Newsom said on Wednesday. He couldn't specify how long it would take to get there, but part of the effort, he said, would involve recruiting 10,000 workers to help test and trace coronavirus cases. Sacramento Bee | KQED 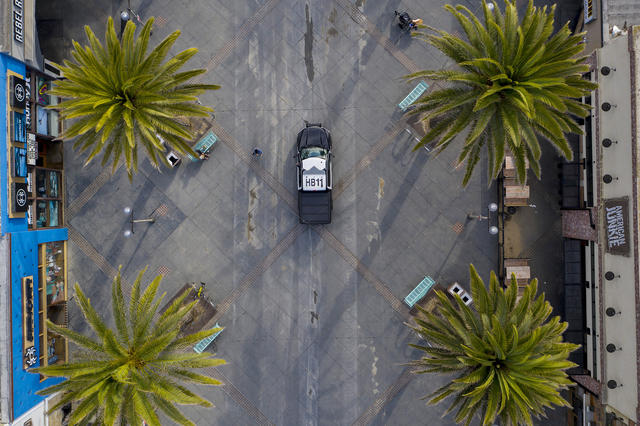 Cooping people up for so long has led to some predictable, and troubling, consequences. A few examples:

In the eastern Coachella Valley, working-class residents scrape by in dilapidated trailers where the tap water is too poisonous to drink. Now farmworkers are losing their jobs. Esperanza Sanchez's last paycheck — a little more than $100 a month ago — won't cover her rent, let alone other expenses. "How am I going to do it?" she said through tears. L.A. Times 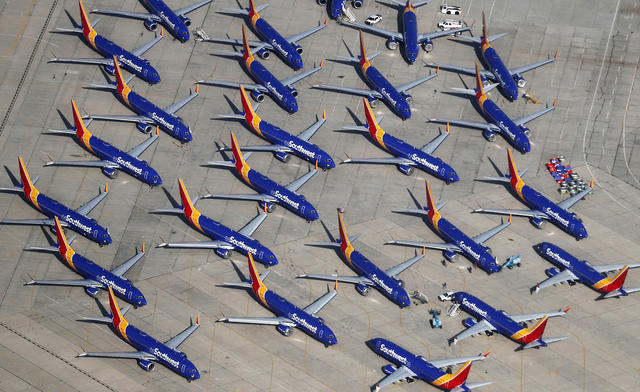 Southwest Airlines planes were idled at the Southern California Logistics Airport in Victorville on March 27.

With air travel in free fall, demand for aircraft storage space has skyrocketed. More than 400 commercial planes are being parked at a remote desert airport in Victorville. A pilot captured some great views from overhead, topping off the trip with a look at the Antelope Valley poppy bloom. (The views start about 4 minutes in). YouTube (~10 mins) 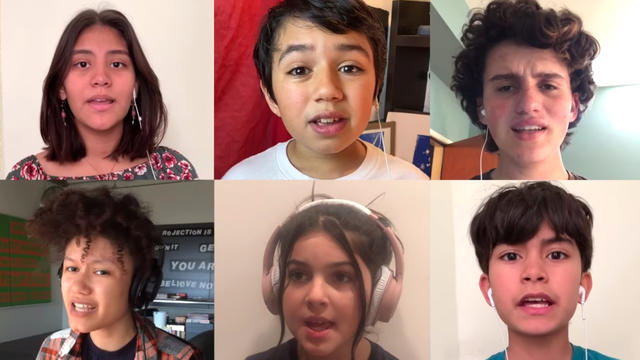 Silverlake Conservatory of Music students sang from their homes.

This is just the best.

The Silverlake Conservatory of Music organized a chorale performance of David Bowie's "Space Oddity" with its young students. The kids sang individually from their homes with a guide track in their ears, then the parts were stitched together in a video to marvelous effect. YouTube (~4:30 mins)

Flashback: The nonprofit conservatory was founded in 2001 by Flea, the buoyant bassist from the Red Hot Chili Peppers. He called it the best thing in his life. Rolling Stone

Spring has unfurled brilliant carpets of green across California's hillsides. Photographers shared some their pictures with the California Sun, all captured within recent weeks. A tour, below. 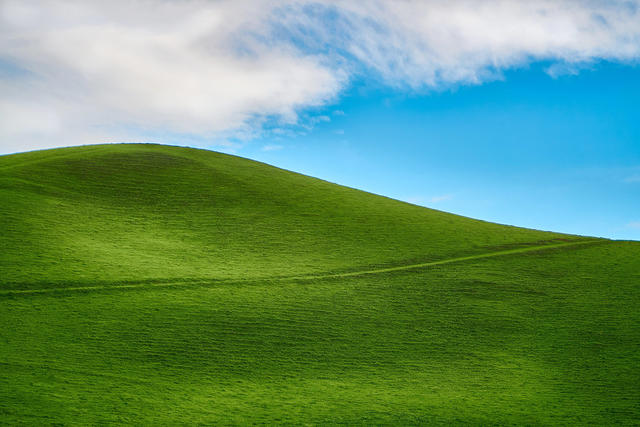 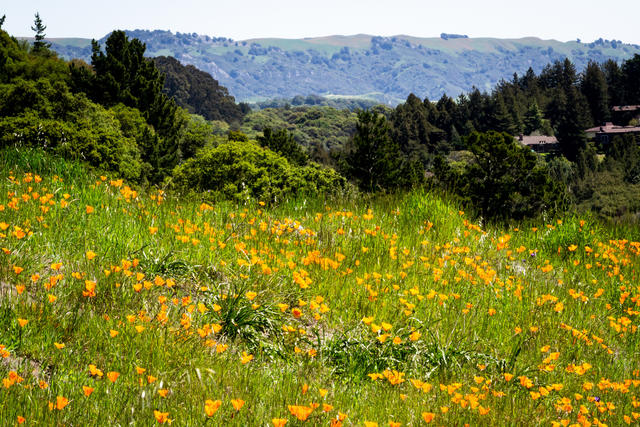 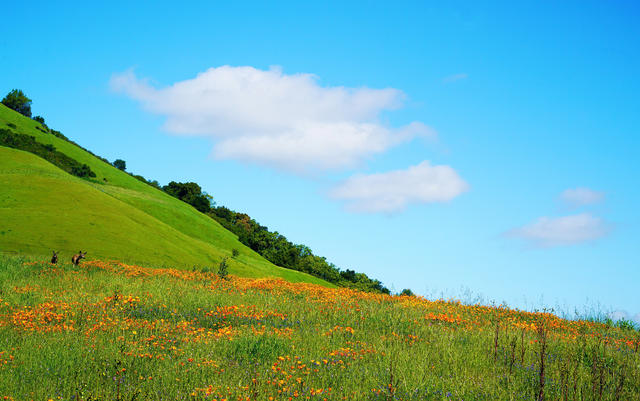 A hill practically glowed near the Sunol Regional Wilderness in Alameda County. 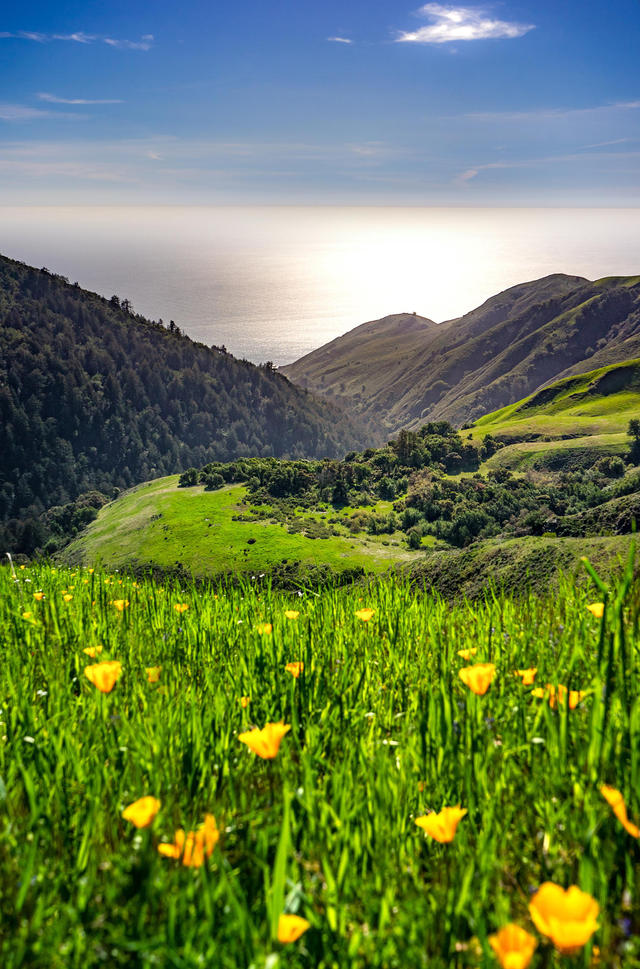 Big Sur was draped in green and gold. 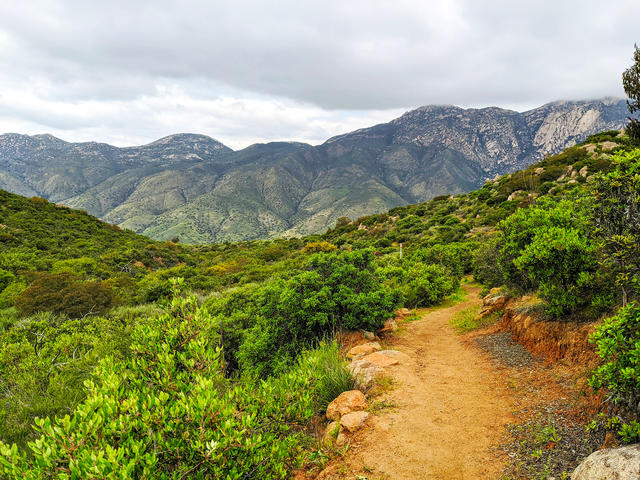 A view of the colorful hills just east of San Diego.

Summer wildfire outlook: The risk is expected to be below normal across much of coastal Southern California, where dryness was all but wiped out by March rains. But hot, dry conditions were poised to bring high-than-normal risk to much of Northern California, including hard-hit areas of Wine Country and the Sierra foothills. National Interagency Fire Center