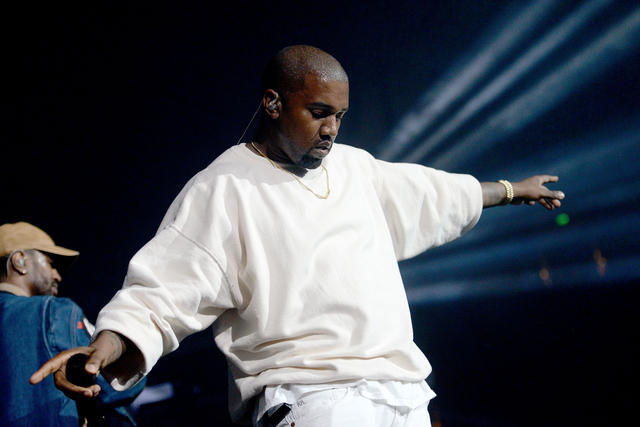 Kanye West got a helping hand from the federal Paycheck Protection Program.

The Treasury department released details of who got what from the federal loan program aimed at helping small businesses during the pandemic. Among the California companies that got forgivable loans: Gov. Gavin Newsom's wine business, a group that searches for extraterrestrial life, and Kanye West's Yeezy apparel line. West is a billionaire. CalMatters | L.A. Times

Four more people died from likely Covid-19 complications at San Quentin over the weekend. Two federal judges signaled that they are losing patience with the state's handling of the crisis. “I say to the state," one said, "Please, release enough inmates, particularly medically vulnerable inmates, to give our prison health workers a chance to protect inmates, staff, and our communities.” S.F. Chronicle | KQED

The California correctional system's top medical officer is being replaced. He was fiercely criticized over the transfer of infected inmates from Chino to San Quentin. L.A. Times 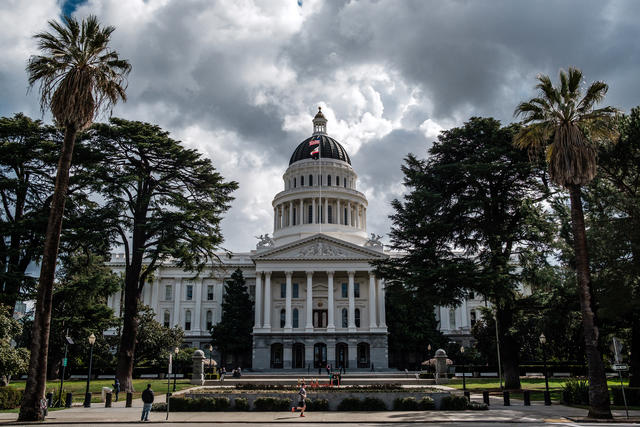 Legislative business at the California State Capitol has been disrupted by the pandemic.

Nick Otto for the Washington Post, via Getty Images

A coronavirus outbreak in the California Assembly has indefinitely postponed its return from summer recess. Assemblywoman Autumn Burke, a Democrat from Inglewood, tested positive along with four staff members, officials said. Burke is believed to have been infected while on the Assembly floor last month. A.P. | Sacramento Bee

Facing mounting criticism that he reopened California too quickly, Gov. Gavin Newsom moved to crack down on counties hard-hit by the virus. He said state agents inspected nearly 6,000 restaurants and bars over the weekend. The number of "watch list" counties — where infections are surging — grew to its highest level yet on Monday: 23, including newly added San Diego County. Mercury News | S.F. Chronicle

As of Monday, hospitalizations across California were up 50% over the past two weeks. Reuters 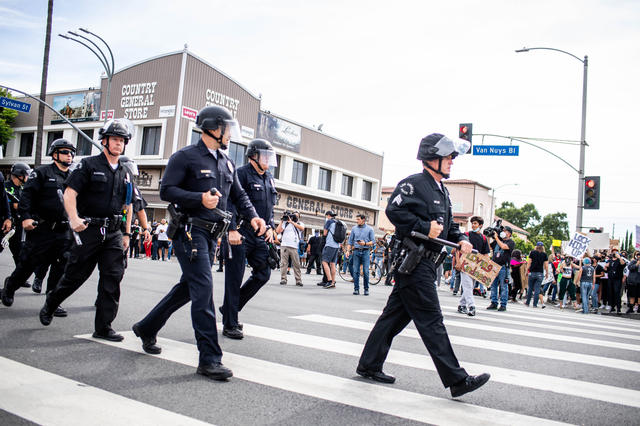 Nearly 800 officers and staff in the LAPD and sheriff's department have tested positive for the coronavirus. Members of law enforcement are supposed to be wearing masks. But many aren't. A Twitter account called LAPD Un-Masked has been collecting numerous examples on photo and video. LAist 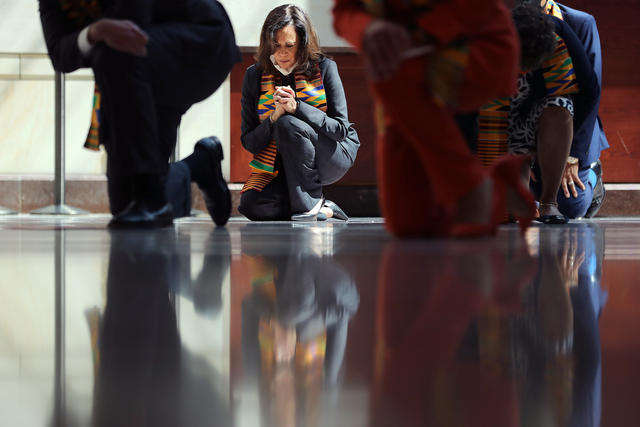 Sen. Kamala Harris's Wikipedia page is being scrubbed of elements from her tenure as California attorney general that could be unpalatable to some Democratic voters. Reporters have noted that the Wikipedia pages for Sarah Palin and Tim Kaine saw bursts of activity in the days leading up their announcements as vice presidential picks in 2008 and 2016. The Intercept

A black bear wandered through the North Bay's Sugarloaf Ridge State Park in 2018.

In recent years, black bears have increasingly wandered out of the forests and into the oak woodlands of Sonoma and Napa counties. In the summer, they come looking for manzanita berries, new shoots, and insects. Black bears are included in this great illustrated guide to the wildlife and flora that emerges during the summer in Northern California. Bay Nature

National Geographic published a short slideshow of some of the state's most gorgeous forests. 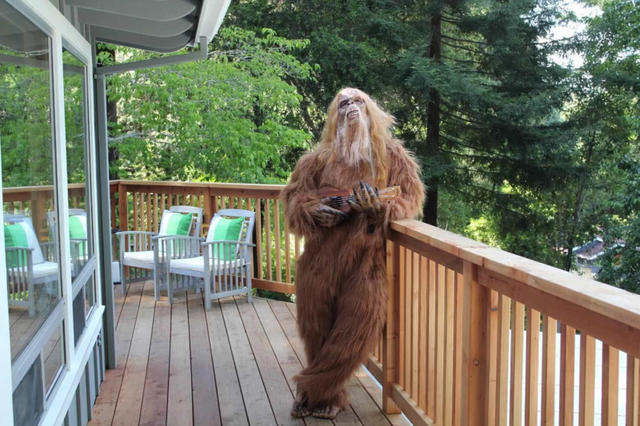 Enjoying a little ukulele time on the balcony.

A genius real estate agent had Bigfoot pose in the photos for a $1 million house in the forested town of Felton, near Santa Cruz. He just shows up randomly in listing's gallery of 94 photos. "It’s a strange time that we are in right now," the agent said, "and I think we could all use a bit of levity." PetaPixel 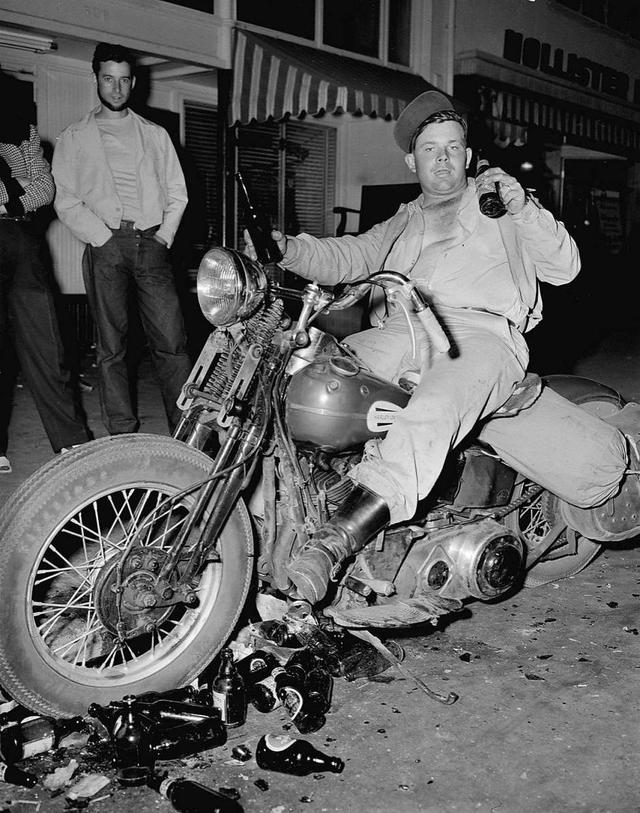 Historians have questioned whether this photo from the so-called Hollister Riot was staged.

It was over the July Fourth weekend of 1947 that the outlaw image of the American biker was born.

Throughout the 1930s, the sleepy town of Hollister not far from Monterey Bay had made a pastime of hosting motorcycle rallies. Paused during World War II, an Independence Day rally returned in 1947 with a pent-up energy like never before.

By the end of the holiday weekend, roughly 50 bikers had been arrested for public drunkenness and other forms of debauchery. Then they left, and life in Hollister went back to normal. But the lore of what became dubbed the Hollister Riot grew. Breathless news accounts told of "havoc" and “pandemonium” on the streets of small-town America.

A couple weeks later LIFE magazine published a S.F. Chronicle photo from Hollister, pictured above, showing a drunken fellow teetering atop a Harley, a beer bottle in each fist and a pile of spent bottles at his feet. The headline: “Cyclists’ Holiday: He and friends terrorize a town.”

LIFE was read by roughly 10% of the country at a time before widespread adoption of the television. The image of wild men on motorcycles, Hunter S. Thompson observed, was like nothing America had ever seen. 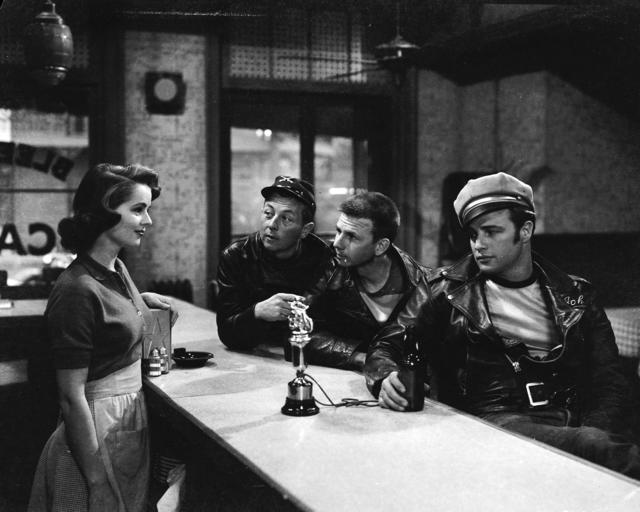 Marlon Brando, right, in a scene from "The Wild One."

In "Hell's Angels: A Strange and Terrible Saga," Thompson wrote: "There was absolutely no precedent, in the years after World War II, for large gangs of hoodlums on motorcycles, reveling in violence, worshiping mobility and thinking nothing of riding five hundreds miles on a weekend ... to whoop it up with other gangs of cyclists in some country hamlet entirely unprepared to handle even a dozen peaceful tourists."

A few years after Hollister, Harper's Magazine published a fictionalized version of the rally that was in turn crafted into a Hollywood depiction. "The Wild One" premiered in 1953 starring heartthrob Marlon Brando as the iconic biker outlaw Johnny Strabler.

At one point in the movie, a little girl asks Strabler what he's rebelling against.

"Whaddya got?" he replies.

Over the years, mainstream motorcycle groups sought to dispel their reputation as hell-raising ruffians. But other clubs wore it proudly. They called themselves one-percenters, a response to the claim that 99% of motorcyclists are model citizens. The most notorious, the Hells Angels, was founded in Fontana not long after Hollister. Their motto: "When we do right, nobody remembers. When we do wrong, nobody forgets."