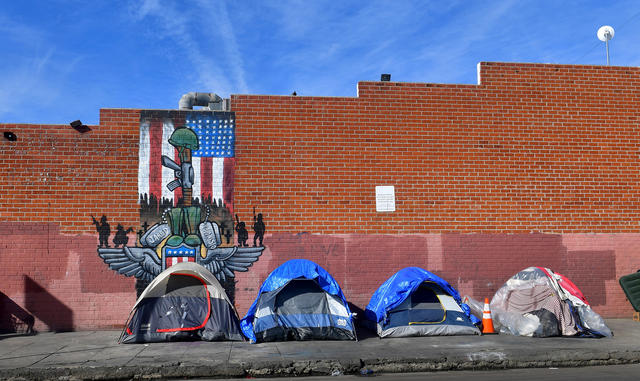 Gov. Gavin Newsom announced plans to escalate the fight against homelessness. He signed one executive order to create a fund, seeded with $750 million from the state budget, that would support affordable housing or help pay rents. Another order would open vacant state land to emergency shelters. "The state of California is treating it as a real emergency," he said, "because it is one." Sacramento Bee | A.P.

Senate Democrats have begun to lose patience with House Speaker Nancy Pelosi, who has yet to transmit the articles of impeachment to the upper chamber. Among those saying enough is enough: fellow San Francisco Democrat Sen. Diane Feinstein. "The longer it goes on the less urgent it becomes," she said. "So if it's serious and urgent, send them over. If it isn't, don't send it over." Politico | SFGate.com 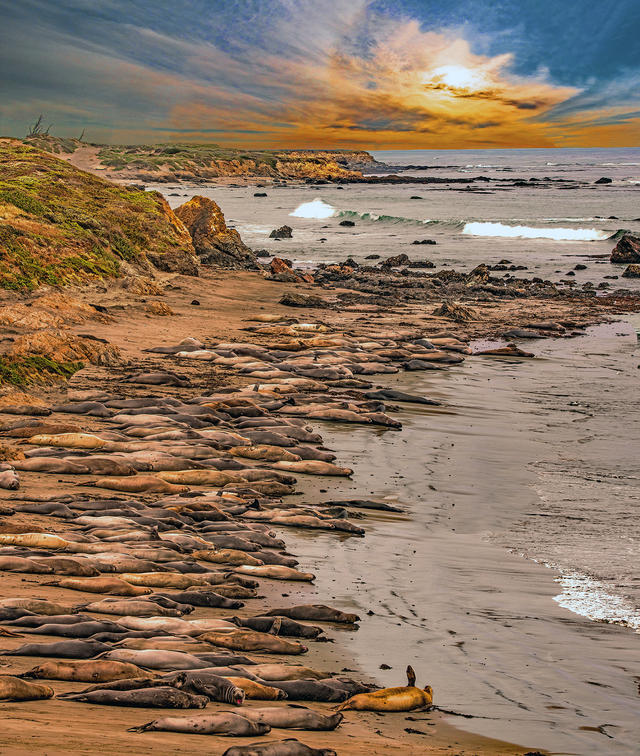 Elephant seals sprawled along the beach at Piedras Blancas.

It's elephant seal season. Every winter, on beaches from Point Reyes to Mexico, northern elephant seals put on one of California's most extreme wildlife shows as two-ton males face off in gladiatorial combat over the affections of females. It's a brutal existence, with the vast majority of males dying in adolescence or as thwarted virgins. Bay Nature | The Tribune 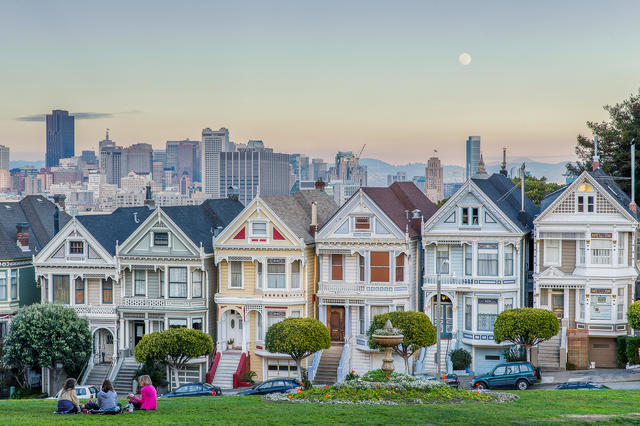 The Victorian homes were painted in vibrant pastels.

One of San Francisco's famous Painted Ladies is for sale. Built between 1892 and 1896, the iconic row of homes across from Alamo Square park is one of most photographed placed in the city. Asking price: $2.75 million. Curbed San Francisco

Also up for grabs: the dramatic Wolff Residence in Los Angeles by the great modernist architect John Lautner. Designated as a historical cultural monument, the home cascades down a steep hillside in a series of rectangles. Yours for $6.5 million. Architect's Newspaper | designboom 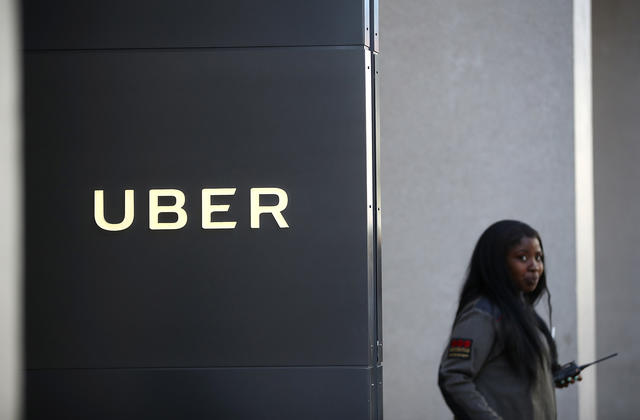 Uber made changes to its app in response to California's new gig-worker law, including making fares more transparent. Critically, drivers won't get punished for rejecting trips they don't want to make. It's the latest move by the ride-hailing giant to bolster its case that drivers are independent workers. Bloomberg | Washington Post

Freelance journalists and photographers sued to be exempted from the law. A judge said no. A.P. | Courthouse News Service

"It's getting to the point where California Environmental Quality Act (CEQA) challenges and lawsuits are part of the official San Francisco development process."

A plan to redevelop a college campus in San Francisco with 744 units of new housing was unanimously approved by county supervisors and planning commissioners. Then a neighborhood group sued to stop it, warning of "needless significant environmental impacts." S.F. Chronicle | Curbed San Francisco 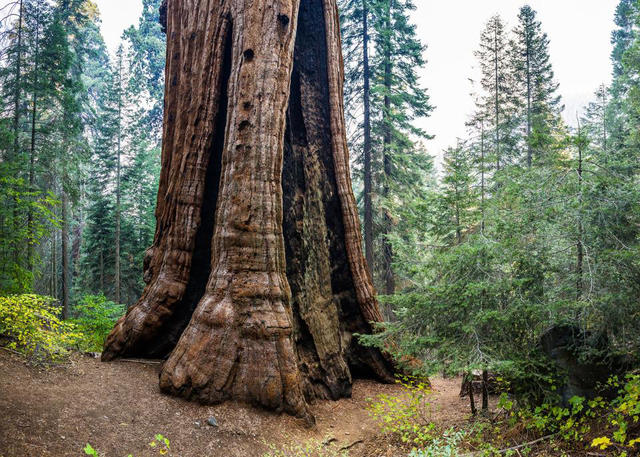 Alder Creek includes the 3,000-year-old Stagg Tree, credited as the fifth-largest tree in the world.

California's largest private holding of giant sequoias has been officially saved from development or logging. In a culmination of 20 tears of negotiations, Save the Redwoods League raised nearly $16 million to close a deal for Alder Creek Grove, a 530-acre property in the Sierra east of Tulare. "It really was an extraordinary and inspiring outpouring of generosity," the group's president said. "This is the best of what's left." S.F. Chronicle | L.A. Times

Also saved: California's oldest weekly newspaper. The Mountain Messenger, founded in Sierra County in 1853, had been poised for closure this month when its editor retires. Then stepped in Carl Butz, a 71-year-old widower who said he's ready for a new chapter in his life. "What am I going to do? Go on another trip around the world?" he said. "Instead, I'm doing something good for the community, and I feel good about it." SFGate.com | L.A. Times

Gov. Gavin Newsom declined to call a special election to fill Rep. Duncan Hunter's seat in Congress after the disgraced lawmaker announced his resignation. That means the solidly Republican San Diego-area district will have no vote in the House until January 2021. Newsom cited the timing of Hunter's resignation, after the primary race filing deadline, in his decision. S.D. Union-Tribune | The Hill 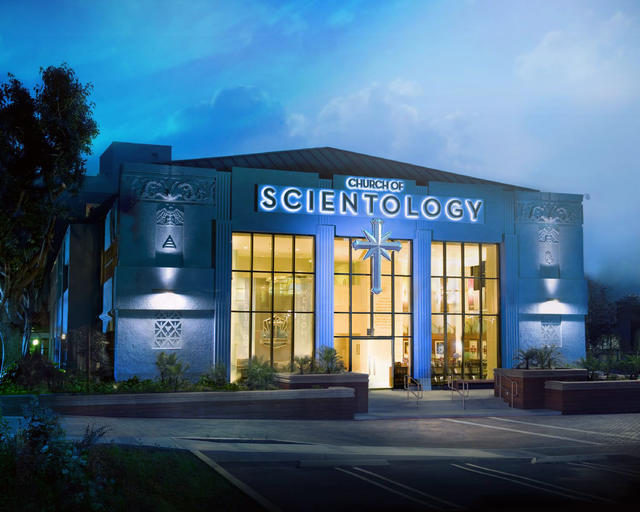 The Church of Scientology on Sunset Boulevard in Los Angeles.

In August, four women accused Danny Masterson of raping them, opening a lawsuit against the actor as well as the Church of Scientology. The church, the women alleged, stalked them after they went to the police. But in a new court filing, the church is arguing that the women agreed to "ecclesiastical rule" when they joined Scientology and forever relinquished their right to sue. Hollywood Reporter

Tucked among neighborhoods of multimillion-dollar homes in the San Fernando Valley is a grove of 2,000 orange trees, a last remnant of an era when citrus was king. The farm's owners are now ready to sell, but the city isn't ready to say goodbye. A campaign to landmark the site has put its future in doubt, and one buyer has already walked away. "Who would want to buy an asset that can only be used as a farm and nothing else when it's losing several hundred thousand dollars a year?" the family's lawyer said. KCRW 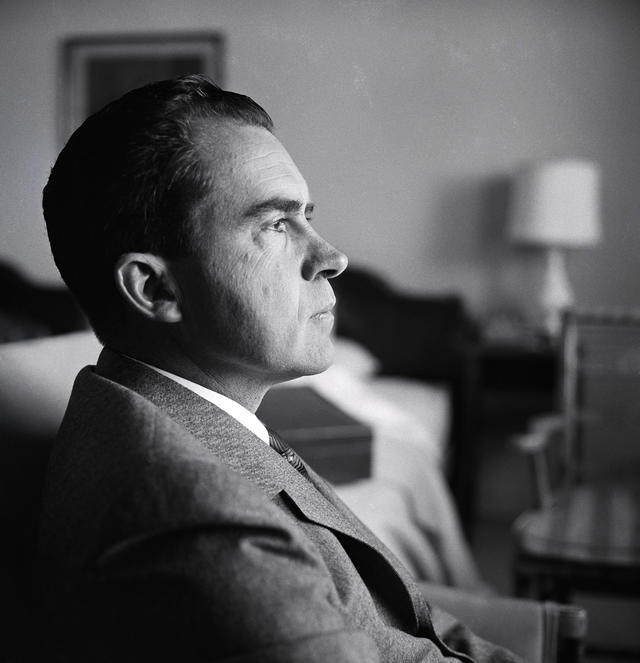 Richard Nixon, pictured here as vice president in 1950, was an introvert in an extrovert's profession.

With impeachment in the headlines, historians have been exploring the parallels between President Trump and one of California's native sons, Richard Nixon. The only president to ever resign from office was born in rural Yorba Linda on this day in 1913.

Like Trump, Nixon despised the press. Both men savaged their perceived political enemies, Trump in public lashings and Nixon mostly behind the scenes. They each faced repeated accusations of abuse of power.

One difference: Whereas Trump offers a daily window into his mind with voluminous tweets and speeches, Nixon intensely guarded his private thoughts and, at least in public, spoke in the measured tones of an experienced government official.

"Some people," he once said, "think it's good therapy to sit with a close friend and, you know, just spill your guts ... [to] reveal their inner psyche — whether they were breast-fed, or bottle-fed. Not me. No way." When told toward the end of his career that many Americans felt they still didn't know him, Nixon replied, "Yeah, it's true. And it's not necessary for them to know."

As Trump contends with his own impeachment proceedings, he enjoys an advantage denied to Nixon, wrote the UC Davis historian Kathryn Olmsted. The public ultimately recoiled from the true Nixon, revealed in tapes and testimony. For many supporters of Trump, his true character is there for all to see. They just like it.