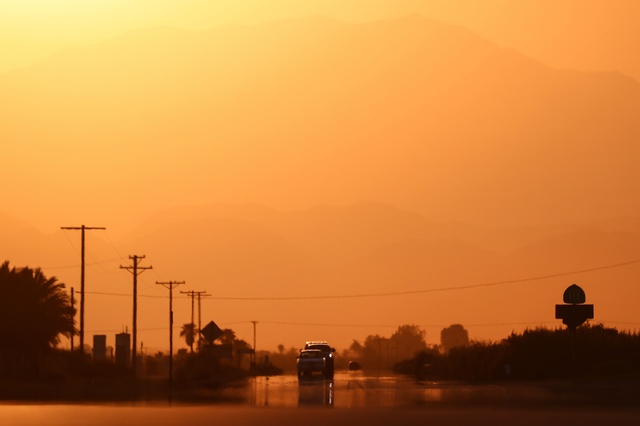 The Coachella Valley sizzled on July 10.

The 2021 summer was the hottest on record in California, Oregon, Idaho, Utah, and Nevada, according to federal data released Thursday. Rising temperatures have been a common denominator in ecological crises across the West: A heat wave in the Pacific Northwest killed hundreds; an estimated 1 billion sea creatures died off the coast; and a parched landscape invited infernos that burned 2 million acres and more than 3,000 structures. L.A. Times | Washington Post

California lost 776 men and women in the war on terror — 11% of the nation’s casualties. Nearly 20% were old enough to fight but too young to buy a drink. They left behind 453 children. In a powerful Column One piece, Maria L. La Ganga told the stories of families who have lived with the hurt every day. It begins, "Leroy Harris Kelly III enlisted in the U.S. Army at age 17. He was married at 18. A father at 19. Dead at 20." L.A. Times 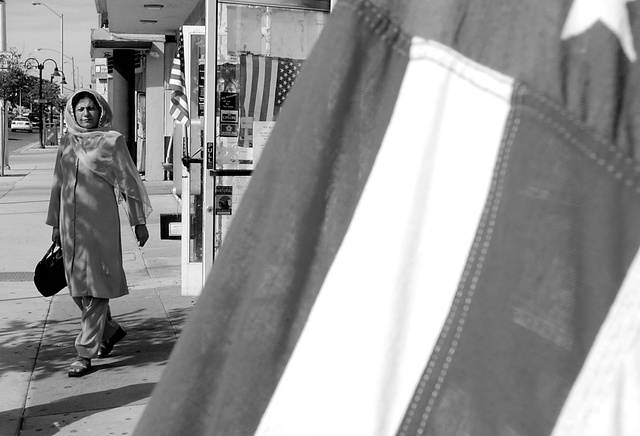 "Take down your stupid Refugees Are Welcome sign — they're not."

Fremont, home to an estimated 30,000 Afghans, would seem a prime destination for incoming refugees from Afghanistan. But in a telling indictment of California's affordability crisis, the State Department excluded not just Fremont but all coastal California cities from its list of places deemed suitable for Afghans who qualify for Special Immigrant Visas. The Atlantic

A volunteer crossing guard in the East Bay city of Lafayette was fatally struck as he pushed at least one child out of the path of an oncoming SUV on Wednesday. Witnesses said Ashley Dias, 45, saved a little girl. Dias was a clinical research associate at a biotechnology firm and had been volunteering at the crosswalk in his spare time. The driver of the SUV was a woman who was picking up her grandson. KGO | S.F. Chronicle 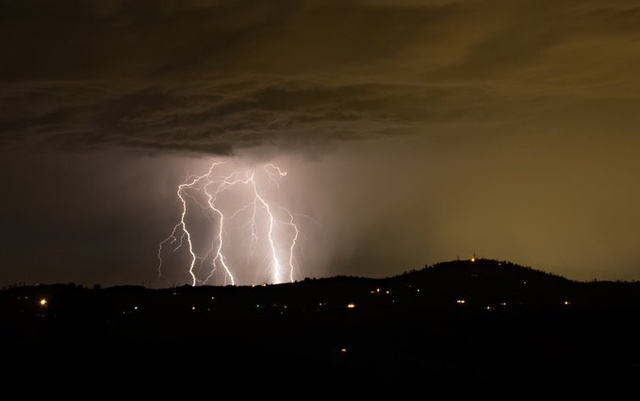 Radar of thunderstorms sweeping across the North Bay overnight. 👉 @NWSBayArea

On this week's California Sun Podcast, host Jeff Schechtman talks with Woody Hastings and Jenny Blaker, co-coordinators of the Coalition Opposing New Gas Stations. The Sonoma County activists played a role in convincing Petaluma to adopt the nation's first gas station moratorium — with surprisingly little pushback. Their strategy is now being embraced statewide in the fight against fossil fuels.

As expected, officials in Los Angeles approved a vaccine mandate for all children 12 and older in public schools. Now the fight begins, with litigation all but certain. Parent comments ahead of the vote on Thursday signaled the challenge ahead: 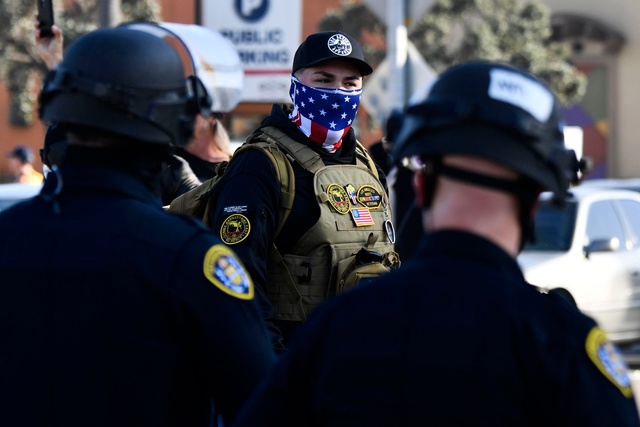 San Diego police kept an eye on a "Patriot March" on Jan. 9.

In a survey of San Diego police officers, 90% said they opposed coronavirus vaccine mandates, and 65% said they would consider quitting if forced to get inoculated. San Diego has set a Nov. 2 deadline for city employees to get vaccinated, but consequences for noncompliance remained uncertain. As of late August, fewer than half of the city's police officers reported being fully vaccinated. S.D. Union-Tribune

In 2010, UC Santa Barbara agreed to add housing for about 6,800 students and staff. Eleven years later, it's more than 5,000 units short of that goal. The failure to provide lodging for its growing student body, a problem across the UC system, explains why hundreds of Santa Barbara students have nowhere to live as the academic year starts. James Estrada, a senior, bought a van with a bed. He just needs to figure out where to park. “It feels ridiculous,” he said. KCRW 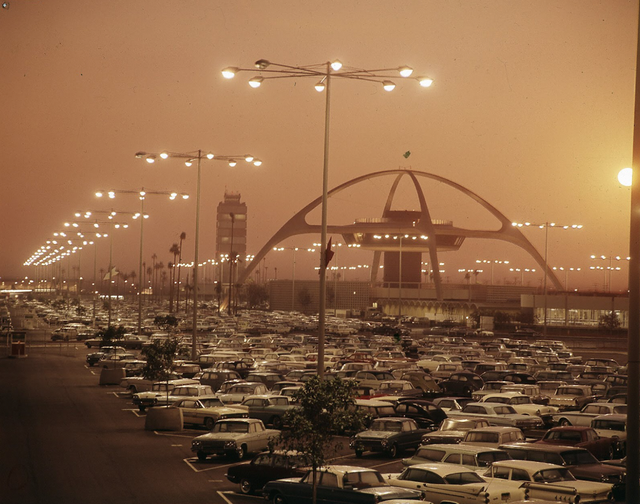 The L.A. Times created a ballot of visual icons in Los Angeles and asked the editors and writers on its arts desk to rank them from best to worst. The result makes for a good checklist of must-see Los Angeles. LAX's spidery Theme Building, above in 1962, came in at No. 11. 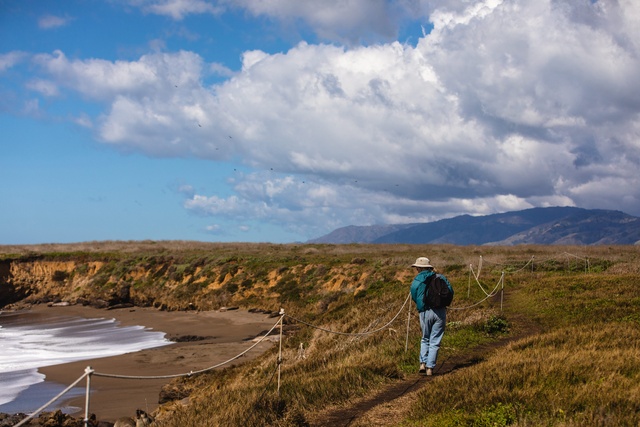 Boucher Trail in San Simeon is part of the California Coastal Trail.