State officials unveiled the lineup of recall election candidates, 41 names in all, far less than the roughly 80 who had filed statements of intention to challenge Gov. Gavin Newsom. They are 21 Republicans, eight Democrats, two Greens, one Libertarian, and nine with no party preference. The biggest surprise: the name of conservative talk show host Larry Elder was missing. Election officials said his paperwork was incomplete. Outraged, Elder said he'd sue. A.P. | Sacramento Bee

CalMatters has a helpful who's who of all 41 candidates. 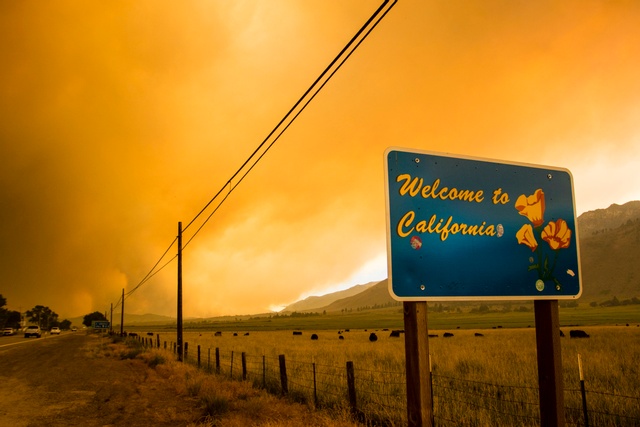 The Tamarack fire burned through Alpine County on Friday.

There are now 80 active wildfires burning across the West, covering an area of more than 1,800 square miles — the equivalent of about 39 San Franciscos. Latest updates:

It's boom times for Rob Thompson. His craft: divining streams of underground water using two L-shaped rods that together resemble a television antenna. Or so he claims. The mystical technique known as dowsing is thought to have come into vogue in the Middle Ages. Experts say it is totally without merit, yet desperate California farmers are putting people like Thompson in high demand. N.Y. Times 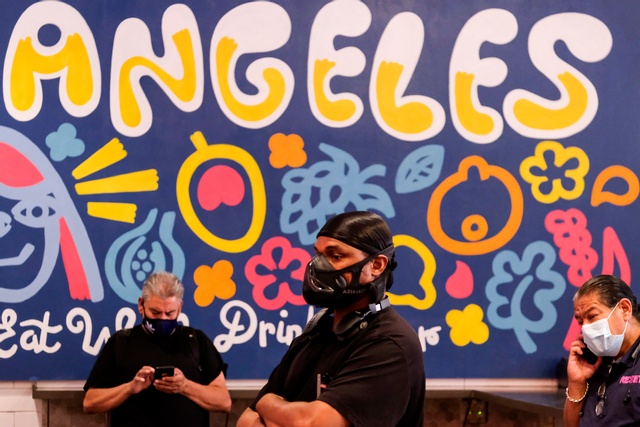 People wore masks inside the Grand Central Market in Los Angeles on Friday.

The masking up of California expanded over the weekend. The latest developments:

The June 28 killing of a Hmong man by law enforcement officers in Siskiyou County has worsened already tense relations between the county and the region's Hmong American cannabis growers. The victim, Soobleej Kaub Hawj, a 35-year-old father of three, was fatally shot after he tried to evade a fire evacuation roadblock and pointed a gun at officers, according to the authorities. Hundreds of protesters gathered Saturday in Yreka, demanding the release of body camera footage. One man has been on a hunger strike since July 9. Mount Shasta Herald | S.F. Chronicle

Last December, a man in San Francisco followed a 15-year-old girl for half an hour, grabbing her and telling her they belonged together. She darted into a bookstore, where the man followed but was blocked by a staff member. The man, a frequent target of criminal charges with the letters E-V-I-L tattooed on his fingers, was taken away in handcuffs. But months later, a judge dismissed the entire matter, stunning the girl's family. Judge Russell Roeca said his ruling was “in the interest of justice.” In a scathing column, the Chronicle's Heather Knight asked, "Justice for whom?" 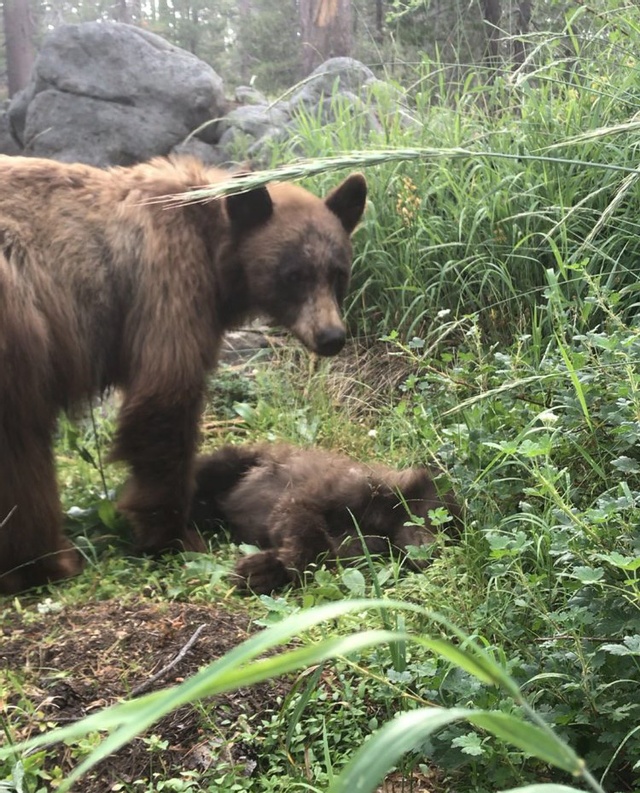 ☝️ Yosemite National Park released this heartbreaking photo of a mother bear and her dead cub on Friday. The cub, no more than 6 weeks old, had been fatally struck by a motorist who left it to die on the road, an ocurrence that the park complained had become routine. A park ranger arriving to the scene found the mother bear calling out. For six hours, she tried to wake the youngling. Fresno Bee 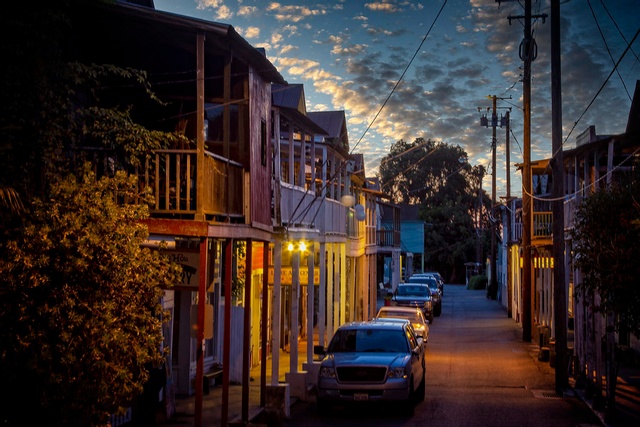 The drive through the Sacramento-San Joaquin River Delta is dictated by the contours of the rivers, which snake for hundreds of miles along precious wetlands, historic towns, and colorful places to eat. That makes it fantastic road-trip territory. Here's a good nine-destination tour, including a stop in Locke, pictured above, the only surviving town in the U.S. to have been built by and for Chinese. 👉 Visit California 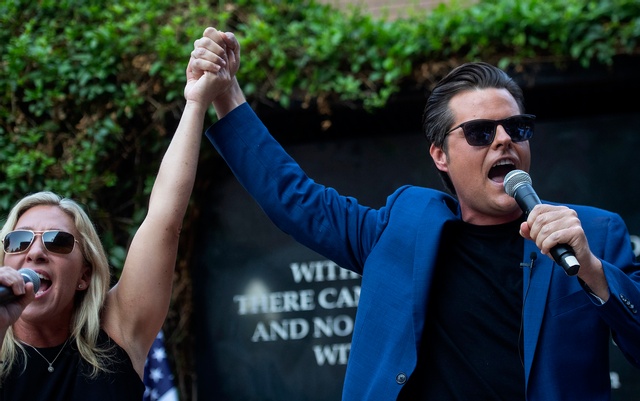 Reps. Marjorie Taylor Greene and Matt Gaetz appeared at a rally in Riverside on Saturday.

Reps. Marjorie Taylor Greene and Matt Gaetz were supposed to appear in Laguna Beach. But when word got out, the venue canceled the event. So they booked another place in Riverside. That was canceled too. They tried a third place in Anaheim. Canceled.

With nowhere to go, Greene and Gaetz held their "Free Speech Peaceful Protest” Saturday outside Riverside City Hall, where they told a crowd of roughly 100 supporters that they wouldn't be silenced by the "radical left." Greene, known for wild conspiracy thinking, urged vaccine resistance: "Don't let your kids be forced to take a vaccine that's not FDA approved.” Press-Enterprise | The Hill 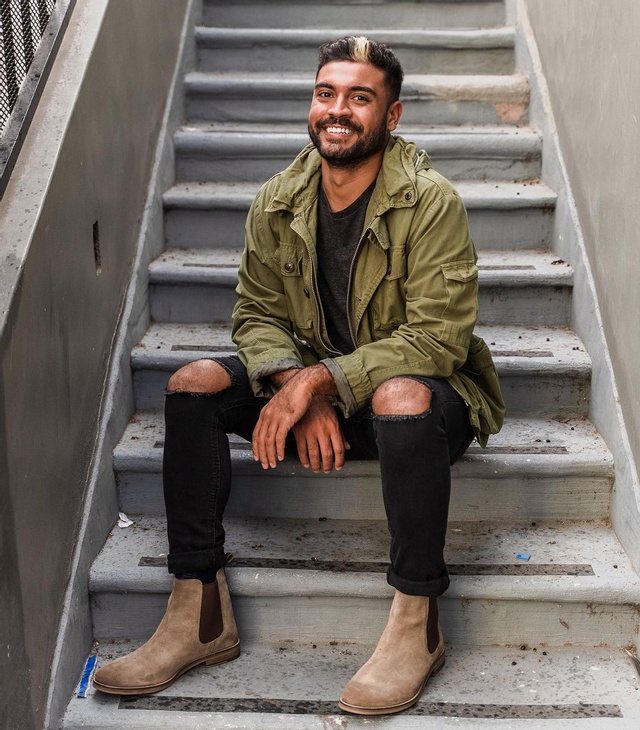 Mat George, the co-host of a popular relationship podcast called “She Rates Dogs,” was killed by a hit-and-run driver as he walked across a street in Los Angeles on Saturday, the police said. George was known for an infectious personality and wry sense of humor. One of his last Twitter posts was a picture of his mom with Snoop Dogg. "I’ve been in LA for a year and haven’t seen a single celebrity,” he wrote. “My mom comes for a weekend and meets Snoop Dogg.” George was 26. L.A. Times | BuzzFeed News 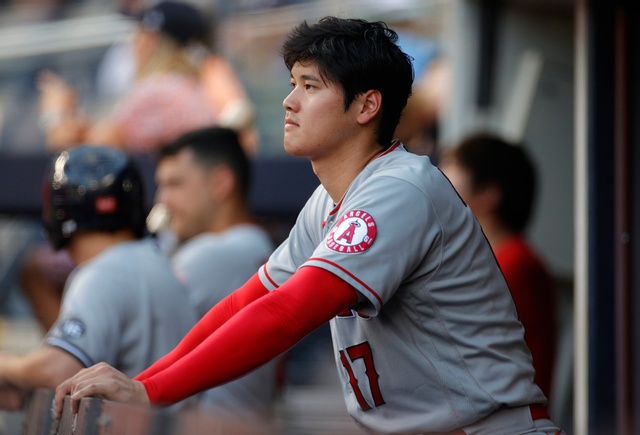 Shohei Ohtani has blossomed into a global icon.

Shohei Ohtani is putting on one of the greatest shows ever seen in baseball. The Japanese phenom for the Angels, according to several sports writers, has established himself as a once-in-a-century force who can pitch, hit, and run better than most players. A few of his stats, as of Sunday:

One baseball writer put it this way: "Babe Ruth comparisons have gone from outlandish to understatement in the span of about three months." What's more, Ohtani's teammates say he's a gem of person. He delivered an example over the weekend: Ohtani donated his earnings from last week's Home Run Derby to Angels support staffers. L.A. Times | Yahoo News 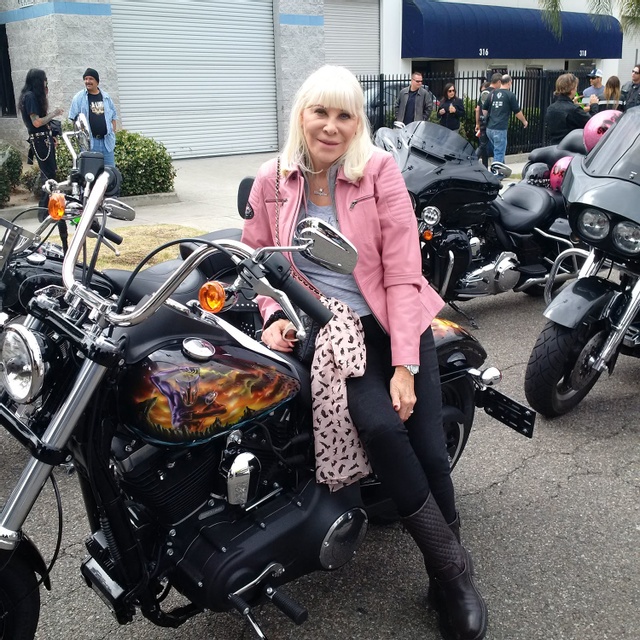 … Wendy Dio, a rock music manager, entrepreneur, and widow of heavy metal music legend Ronnie James Dio. His autobiography, “Rainbow in the Dark,” which she helped finish, will be published on July 27 from Permuted Press.

A: Ojai. It’s become my second home since buying a weekend place three years ago. Ojai has its own microclimate, lovely people, and the vibe of a small town while containing lots of outdoor activities, excellent restaurants and unique shops.

The best book I’ve read recently is “Confess: The Autobiography,” by Rob Halford of the metal band Judas Priest. It took me down the memory lane of growing up in England, but it also candidly addresses his ordeal as a gay man in a very testosterone-fueled industry and his courageous move to come out and reveal his true self to his millions of fans.

Ronnie and I always loved Indian food, and there is a great Indian restaurant in Encino called Anarbagh. It's hidden away in the corner of a shopping center. Ronnie’s favorite was always Lamb Vindaloo. I love all the vegetarian sides like Mattar Paneer, Aloo Gobi, and Bombay Potatoes. It's a great place to go with a group of people and share a lot of different dishes.

I would invite Harry Houdini, John Muir, and Leonardo DiCaprio, and I would start the conversation by asking John Muir what he thinks about the state of the environment now and what people like Leonardo are doing about it. Then I would ask Houdini what he thinks about the myth surrounding his house in Laurel Canyon and if the three of them believe in life after death. That should get the conversation going.

Famine relief, runaway children, cancer research, animal causes — you've been involved in multiple areas of fundraising for years. Is there a cause you think needs more attention these days?

I founded the Ronnie James Dio Stand Up and Shout Cancer Fund in memory of my late husband who died of gastric cancer, making cancer research and education our priority. The need for regular checkups and cancer screenings is something that should get more attention, especially these days when Covid has kept many people from visiting their doctors with any regularity. I believe more attention should be focused on getting regular checkups because early detection saves lives.