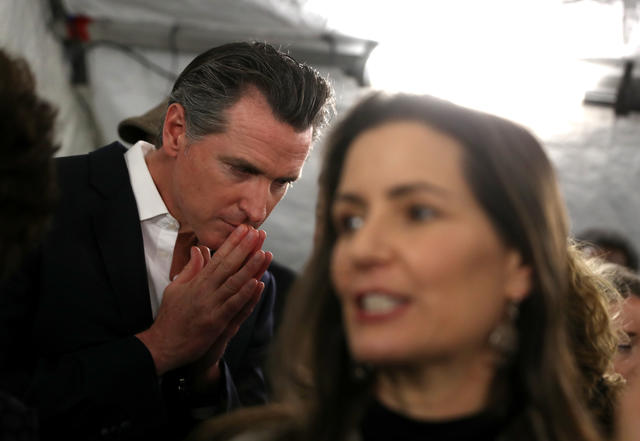 In Oakland on Thursday, Gov. Gavin Newsom unveiled 15 unused FEMA trailers to provide shelter to the homeless. "We own this issue," he declared. The state plans to provide 100 of the trailers to communities across California, a number that would fail to house even 1 percent of the total population in need. "Does it solve the problem? No," said a Democratic strategist. "Is it a start? Yes." East Bay Times | L.A. Times

A federal judge blocked California's new gig law from applying to more than 70,000 independent truckers, ruling it was preempted by federal rules on interstate commerce. The law, AB5, was aimed at tech companies like Uber, but workers in several other industries say they've become victims of unintended consequences. "We have not heard the end of AB5 in any way, shape or form," a labor lawyer said. A.P. | S.F. Chronicle

Speaker Nancy Pelosi: "The Facebook business model is strictly to make money. They don't care about the impact on children, they don't care about truth. ... I think that what they have said very blatantly, very clearly, that they intend to be accomplices for misleading the American people with money from God knows where. ... I think their behavior is shameful." Politico | The Hill

Google parent Alphabet became the fourth American company to ever achieve a $1 trillion market value on Thursday. The others: Apple, Amazon, and Microsoft. CNBC | N.Y. Times 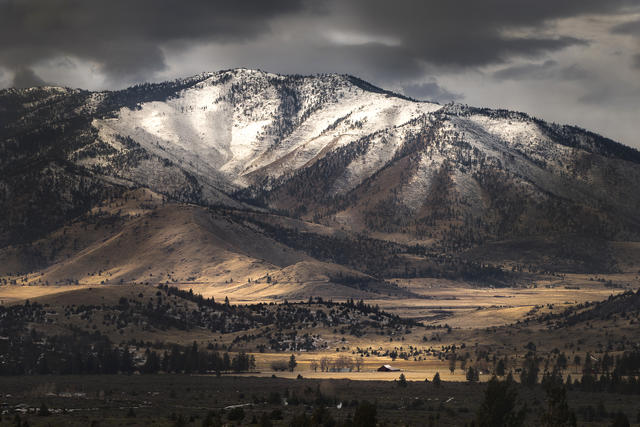 Looking toward the Klamath Mountains from Weed.

California has towns named Squabbletown, Cool, and Zzyzx. Then there's Weed. The tiny community in Siskiyou County, named after the lumber baron Abner Weed, has embraced its unintentional connection with drug culture. Shops and restaurants peddle every manner of Weed-themed product — "I Love Weed" T-shirts, "Weed Police" beanies, Mountain High IPA. Savvy visitors come for a much better reason: Its picturesque perch between Mount Shasta and the Klamath Mountains. California Through My Lens 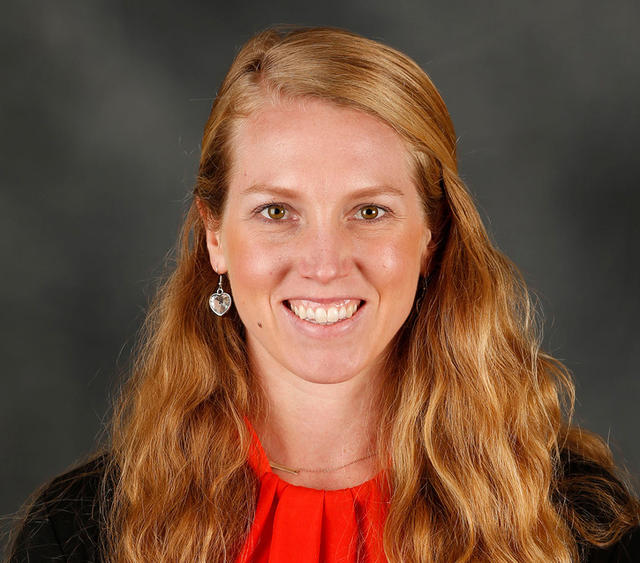 Alyssa Nakken joined the Giants in 2014 as an intern in baseball operations.

The San Francisco Giants named Alyssa Nakken to its coaching staff, making her the first woman to join a major league staff in baseball history. Nakken, 29, a former softball standout at Sacramento State, will assist with batting and fielding practice, among other duties. "I'm still getting goosebumps," said one of Nakken's former coaches. "I always knew she'd do something great, I really did." S.F. Chronicle | ESPN

Santa Clara County is considering giving a universal basic income of $1,000 a month to young people aging out of foster care. County officials say it would be the first program of its kind in the nation. "We have nowhere to go but up," a county supervisor said. "Because this population is with us now and they're not doing well." Mercury News

"People don't live in building permits — they live in homes."

In 2010 and 2011, San Francisco approved three major developments that would deliver 25,700 housing units to a city that desperately needs them. Nearly a decade later, just 350 homes have been completed, or 1 percent of the total. The delay underscores a crucial problem with the Bay Area's approach to housing: too much of the future housing stock is tied up in megaprojects that are next to impossible to get done. S.F. Chronicle 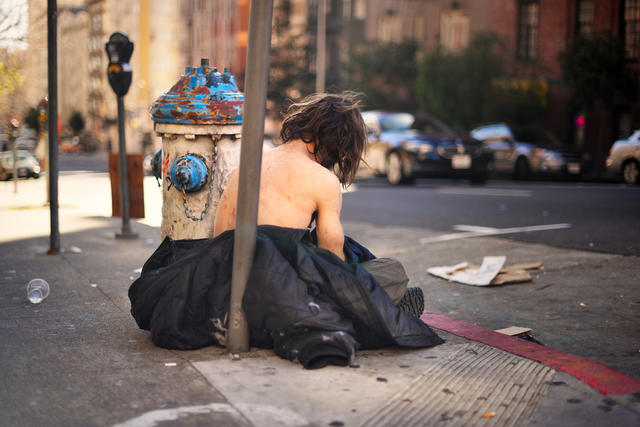 On this week's California Sun Podcast, host Jeff Schechtman talks with Thomas Wolf, whose stable life in Daly City — wife, kids, job — spiraled out of control when he was prescribed Oxycodone after a surgery. Before long he was using heroin daily and sleeping on cardboard in the Tenderloin. He's now in recovery and urging the city to rethink its focus on harm reduction, or making it safer to use drugs.

"For me, as a homeless heroin addict, that type of philosophy would not have helped me get clean," he said. "If I had practiced that model I would still be using drugs right now." California Sun Podcast 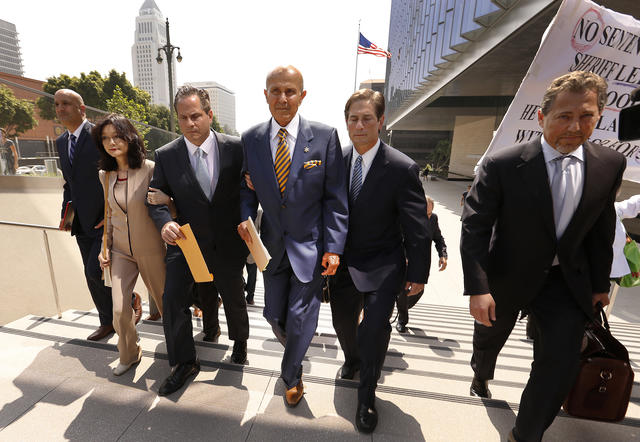 Lee Baca, a former Los Angeles County sheriff, was ordered to report to prison within three weeks to begin serving a three-year sentence. Baca, now 77 and diagnosed with Alzheimer's, was convicted of obstructing an FBI investigation into his department's troubled jails in 2017. The message is clear, said the prosecutor who took down Baca: "No man is above the law." LAist | L.A. Daily News

In October, Gov. Gavin Newsom signed a law designed to pry open beach access at Hollister Ranch, an 8-mile stretch of coast near Santa Barbara that wealthy landowners have fought to keep for themselves. Now the landlords are suing, calling the law unconstitutional. "If California uses these overreaching means at Hollister Ranch in pursuit of its access goals, no one's property is safe," a lawyer for the ranch said. Bloomberg | L.A. Times 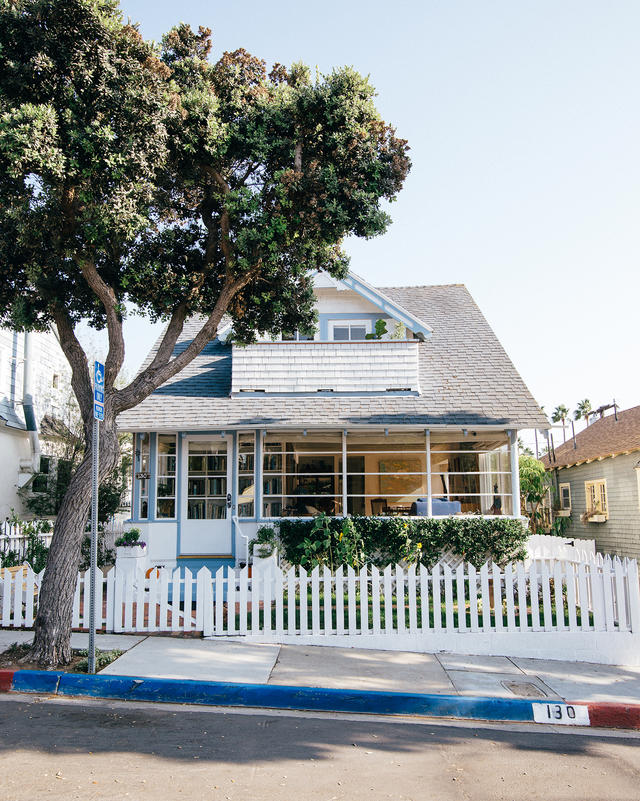 A historic beach cottage on Fraser Avenue in Santa Monica.

The Southern California coast was once lined with quaint beach cottages. In time, an influx of money and architectural advances swept away many of the old homes. Yet some pockets of the coast have managed to retain that old character. Life there, said the owner of gingerbread-style home in Hermosa Beach, is like "Mayberry by the sea." Curbed Los Angeles

Some of California's most affordable and beautiful beach cottage rentals are at Crystal Cove State Park. They are also some of the hardest to reserve. KCET | Parks.ca.gov 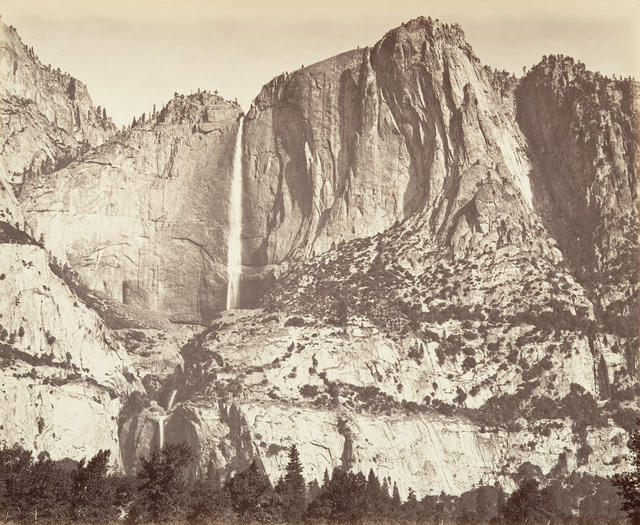