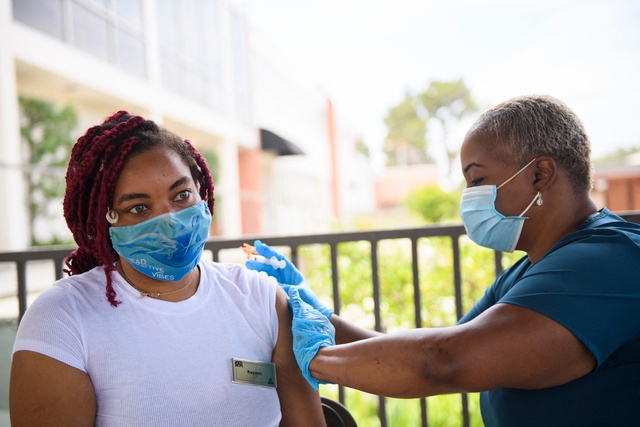 More than 80% of eligible Californians are now at least partially vaccinated against the coronavirus, federal figures show. Earlier in the pandemic, experts suggested that the virus could be banished with an immunity rate as low as 70% of the population. But the herd immunity goal was deemed unrealistic as the Delta variant introduced a more contagious threat, vaccine skeptics refused the shots, and inoculation rates varied wildly by geography. All of which, Gov. Gavin Newsom said, means "we still have work to do." L.A. Times | A.P.

As part of a pandemic relief package, $600 stimulus payments have begun landing in the bank accounts of Californians who earn $75,000 or less. The funds arrive as voters are casting ballots by mail for the Sept. 14 recall election. Some rivals of Gov. Gavin Newsom say the timing seems deliberate. “Why recall the guy who gives us money!?!” Larry Elder tweeted. L.A. Times

Minority Leader Kevin McCarthy on Tuesday threatened to punish telecoms companies that comply with the House’s Jan. 6 investigators. “A Republican majority will not forget,” the Bakersfield Republican said. Investigators have asked companies including Apple, AT&T, and Verizon to save records relevant to the attack on the Capitol. The committee did not identify whose communications it wants, but it has made clear that members of Congress are among the potential targets. Responding, Rep. Adam Schiff said McCarthy was "scared." Politico | The Hill

A gray wolf drank from a water trough in southwestern Kern County.

Gif created from video by California Department of Fish and Wildlife.

State wildlife officials said a collared gray wolf was recorded on a trail camera in Kern County on May 15, the furthest south a wolf has been spotted in California in a century. It is believed to be OR-93, a young male first detected entering California from Oregon in January. It subsequently embarked on a grand tour of state, traveling hundreds of miles to points throughout Northern and Central California before its collar emitted a final radio ping in San Luis Obispo County on April 5, leading wildlife lovers to fear for the worst. Fish and Wildlife | KGET 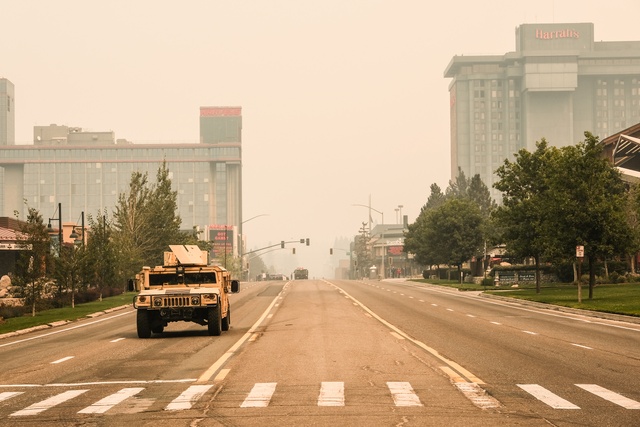 A U.S. National Guard humvee drove along an empty Highway 50 in South Lake Tahoe on Tuesday.

The Caldor fire pushed further into the Tahoe basin on Tuesday, dancing perilously at the edge of the Christmas Valley and Meyers communities and prompting new evacuation orders in Alpine County and over state lines in Nevada. By midday, a Cal Fire official said the flames were about 3 miles from South Lake Tahoe, its thousands of homes and hotels now eerily empty. “Tomorrow is going to be another bad weather day, I’ll be honest with you,” a meteorologist said. “But it will be the last one of those. There is a light at the end of this tunnel.” Sacramento Bee | A.P. | L.A. Times 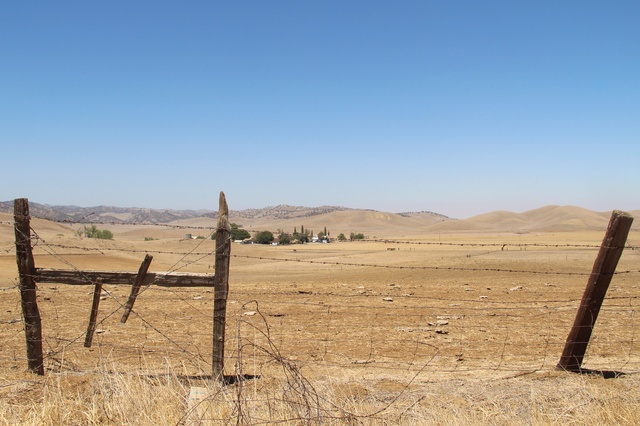 A barbed-wire fence runs along a ranch in Sites, the proposed site of a massive reservoir.

In 2014, in the middle of a severe drought, California voters told the state to borrow $7.5 billion to build more water-storage projects. Seven years later, as a drought even drier than the last one punishes farmers and cities, none of those projects have even started construction. The Associated Press checked on the largest project by far, the Sites Reservoir in the Sacramento Valley, which people have been talking about building since the 1950s.

A Sacramento school district said at least 24 of its students remained trapped in Afghanistan a day after the United States officially withdrew from the nation now in the hands of the Taliban. Sacramento County is home to roughly 9,700 Afghan people, more than any other county in the U.S. Summer trips to the homeland were not uncommon. Sacramento Bee | Newsweek

Several families from a San Diego suburb were airlifted out of Afghanistan in recent days. At least one remained stuck. Times of San Diego | KGTV

That was Dr. Matt Willis, the Marin public health officer, addressing the case of an elementary school teacher who caused an outbreak of the Delta variant in May that spread to 27 people, including 22 children. Despite feeling unwell, the teacher read to her class while unmasked and unvaccinated — three months after teachers had moved to the front of California's vaccine line. SFist | Marin Independent Journal

Search-and-rescue efforts were underway for five missing crew members after a Navy helicopter crashed into the ocean off the coast of San Diego on Tuesday, the Navy said. A sixth sailor was plucked from water. In a statement, the Navy said the crash happened as the MH-60S helicopter conducted "routine flight operations” about 70 miles offshore. S.D. Union-Tribune | Stars and Stripes 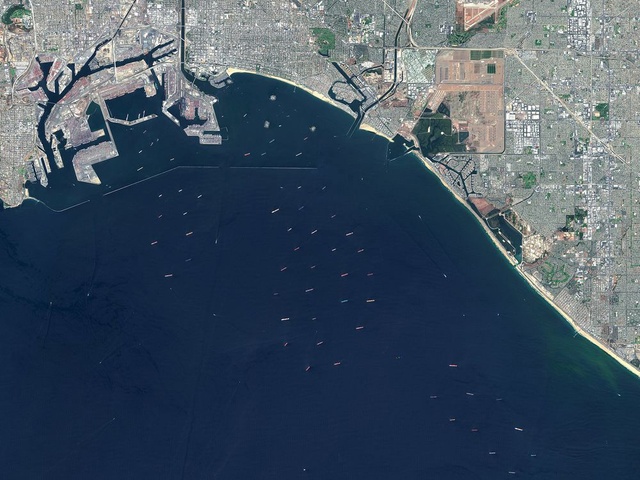 Congestion at Los Angeles and Long Beach ports on Aug. 26.

A record 44 container carriers were anchored and awaiting entry outside the twin ports of Los Angeles and Long Beach as of Friday. The traffic jam at the biggest U.S. gateway for imports from Asia has been attributed to labor shortages and a crush of orders ahead of the year-end holidays. The typical number of container ships at anchor, according to one expert, is "between zero and one." Bloomberg | Business Insider

The N.Y. Times interviewed people in a swing congressional district that overlaps Orange, Los Angeles, and San Bernardino counties to see what voters thought about the withdrawal from Afghanistan. In a time of deep partisan division, even some Trump voters were reluctant to criticize President Biden. “They maybe exited more quickly than they should have, but I think it was right to be out,” said Andrew Chang, 40. “It was multiple presidents’ missteps. And we couldn’t have stayed there forever.”

The expressions of vitriol, ignorance, and racism during public comment at county supervisors meetings during the pandemic have been disheartening. But for Andre Antunes, a Portuguese guitarist, a recent San Diego County Board of Supervisors meeting was a source of inspiration. His metal accompaniment to a dreadlocked man's crazed rant is being called a masterpiece. 👉 YouTube