California lawmakers have prepared the draft of a law that would require proof of vaccination to enter restaurants, bars, movie theaters, gyms, hotels, and other indoor places statewide. To take effect this year, the measure would have to be introduced before the end of legislative session on Sept. 10, promising to reverberate during the run-up to the recall election four days later. Sacramento Bee

S.F. Chronicle editorial: "What is California waiting for?"

Gloria Romero, the Democratic majority leader of the California State Senate from 2001 to 2008, endorsed Larry Elder. In an ad expected to run across California, Romero blamed Gov. Gavin Newsom for school closures and said Elder shares her support of charter schools. “Yes. I’m a Democrat," she said. "But the recall of Newsom is not about political party. It’s about Newsom. Larry Elder for governor.” San Joaquin Valley Sun | Fox News

How close is the recall? According to a FiveThirtyEight analysis: 48.8% say keep Newsom; 47.6% say remove him. S.F. Chronicle 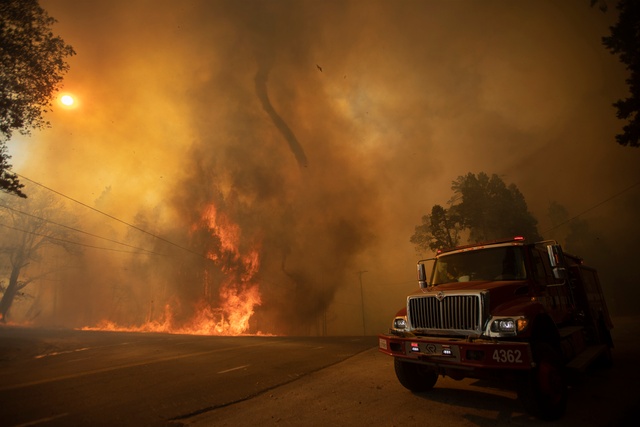 A fire whirl rose from the French fire near Wofford Heights in Kern County on Wednesday.

Several new wildfires exploded across California on Wednesday, including two Sierra blazes around New Melones Lake and near Grass Valley. Two more wildfires erupted in Banning in Riverside County and at the foot of San Gabriel Mountains in San Bernardino County, where the South fire turned several homes to ash and forced about 1,000 people to flee. In the Lake Tahoe area, residents braced for danger as the 11-day-old Caldor fire crept to within 20 miles. A.P. | Modesto Bee | Press-Enterprise | Desert Sun

Forest, city, and desert — Here are three notable California homes on the market, for daydreaming purposes. 👇 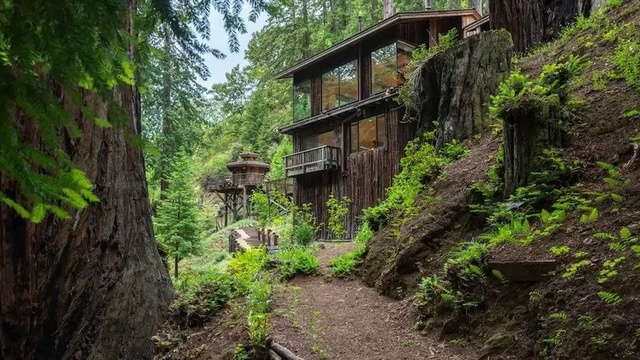 1. Owned by the same family for a century, a lodge-style home on 100 acres of redwood forest in Big Sur is available for the first time. Private trails stretch for miles, from forest to sea, without ever leaving the property. Price tag: $12 million. Sacramento Bee | Realtor.com 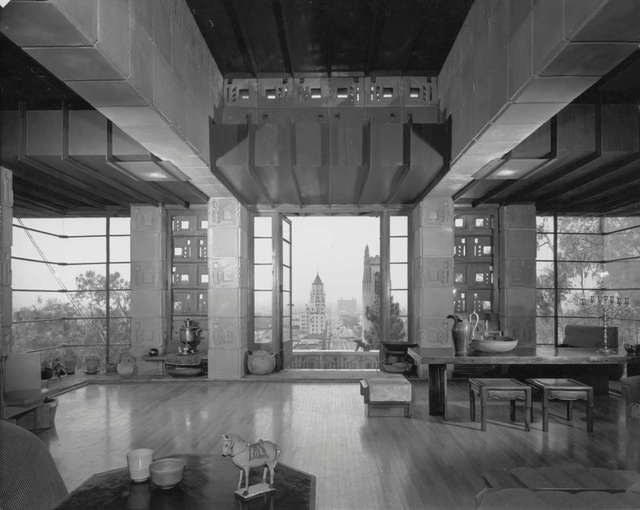 2. The Freeman House is one of four textile-block homes created by Frank Lloyd Wright in the 1920s. The original owners were known for hosting salons for luminaries of the day in the living room with glorious views of downtown Los Angeles, seen above in 1953. Asking: $4.25 million. Los Angeles Magazine | Architectural Digest 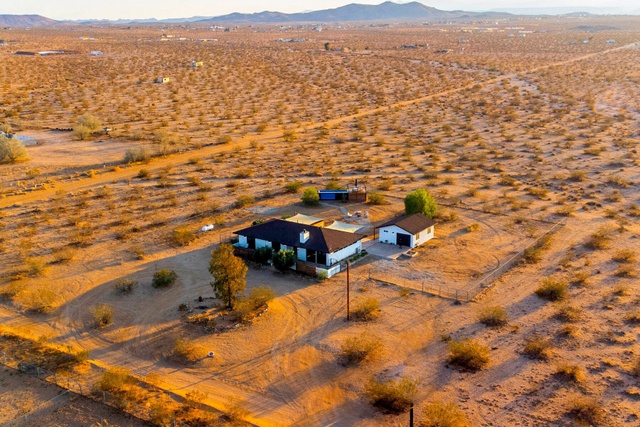 3. A dwelling up for grabs in the Mojave Desert has a pool made from a shipping container. The best feature: a dirt road from the property leads directly to Giant Rock, purported to be the largest freestanding boulder on earth. Yours for $798,000. designboom | N.Y. Times 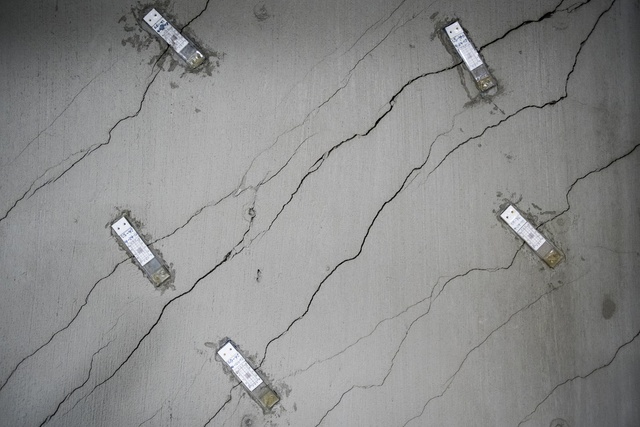 Stress gauges were placed along cracks in the parking garage of the Millennium Tower.

The Millennium Tower is sinking again. The luxury San Francisco skyscraper opened to fanfare in 2009 only to become a civic cautionary tale after inspectors found that it had sunk 18 inches into the soft soil with a tilt of 14 inches. Work on a retrofit has now been halted after the tower dropped another inch in a matter of weeks. A structural engineer called it disturbing: “It’s very risky playing around with something that’s as complex as this structure’s foundation and not understanding what’s happening.” NBC Bay Area | S.F. Chronicle

In May of last year, with California under lockdown, corrections officials transferred 122 inmates from a Chino prison to San Quentin. The men, who had not been tested for the coronavirus for weeks, were packed onto buses. Once at San Quentin, the men were not quarantined. A massive outbreak followed that left 29 people dead, including Sgt. Gilbert Polanco. The prison guard's family has now filed a civil rights lawsuit. “They created a COVID cesspool and required their inmates and employees to marinate in it,” an attorney for the family said. Mercury News | KTVU 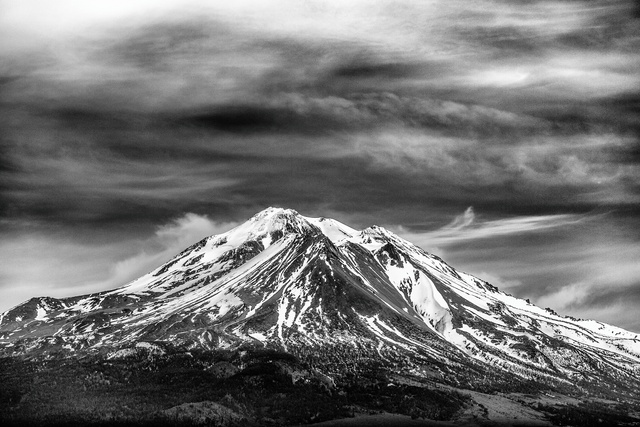 Mount Shasta’s glaciers are receding at an alarming rate, scientists say. The Whitney Glacier, the longest in California, has retreated 800 meters in the past 16 years, or about 25% of its length. Scientists blamed the retreat on a lack of snowfall, which is needed to insulate the glaciers in summer. Locals who grew up around the mountain say they've never seen its west side so bare. mtshastanews | KDRV 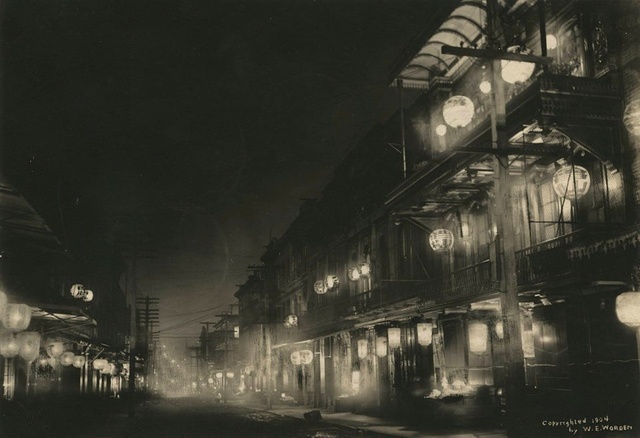 Willard Worden is among the least known but most important photographers of old San Francisco. A soldier in the Philippine-American War, he was stationed in the Presidio in 1901 and fell in love with the city. His photographs — created in the dynamic period before and after the 1906 earthquake — were widely collected in his day, but largely forgotten after his death. Comparing him to the meticulous Ansel Adams, one critic said Worden showed that there's another way to do beauty, with prints that are more hazy and rooted in their time. An example: Worden's evocative "Midnight at Chinatown," above, captured in 1903. OpenSFHistory | Artsy.net | SFGate.com 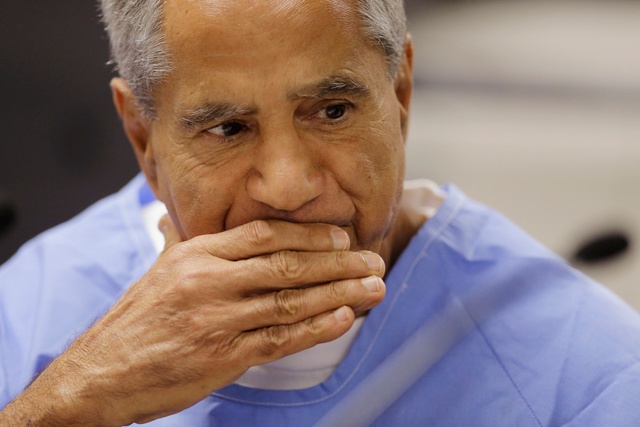 Sirhan Sirhan during a parole hearing in 2016 in San Diego.

One of America's most infamous assassins could soon be released from a prison outside San Diego. Sirhan Sirhan, convicted of killing Sen. Robert F. Kennedy at Los Angeles' Ambassador Hotel in 1968, is scheduled to face a parole board on Friday. But unlike the first 15 times, no prosecutor will oppose the release of Sirhan, who is now 77 and has served 53 years behind bars. Alex Bastian, special adviser to Los Angeles County's progressive district attorney, George Gascón, argued that a prosecutor's job ends at sentencing. Washington Post | The Hill

Gunshots rang out at the Redondo Beach Pier Wednesday night, leaving at least two people wounded, officials said. During a massive police response, a suspect was shot dead. Witnesses told KTLA that a gunman shot randomly at people on the pier. Diners at a restaurant huddled under their tables. “He was mad at the world or something, mad at everybody,” one man said. KTLA | CBSLA

Five San Diego-area families are among those stuck in Afghanistan after taking a summer trip to the country. The group includes at least 18 children and their adult relatives, all of them Afghan refugees newly resettled in El Cajon. An Afghan liaison in El Cajon who spoke with the families said they had witnessed shootings and other violence. “Nobody is doing well,” he said. "They are trying their best to get to the airport, get to their gates and get on an airplane. The situation is very horrible.” A.P. | Reuters

Spencer Elden was 4 months old in 1991 when a photograph of him drifting naked in a Pasadena swimming pool appeared on the cover of Nirvana's seminal album "Nevermind." Over the decades, he celebrated his part in the classic cover, recreating the moment on the album's anniversaries. Now he's had a change of heart. Elden, 30, filed a federal lawsuit claiming the band engaged in child pornography for money. He said his feelings about the cover began to change after he reached out to Nirvana to see if they would be part of his art show and got handed off to managers and lawyers. N.Y. Times | Washington Post